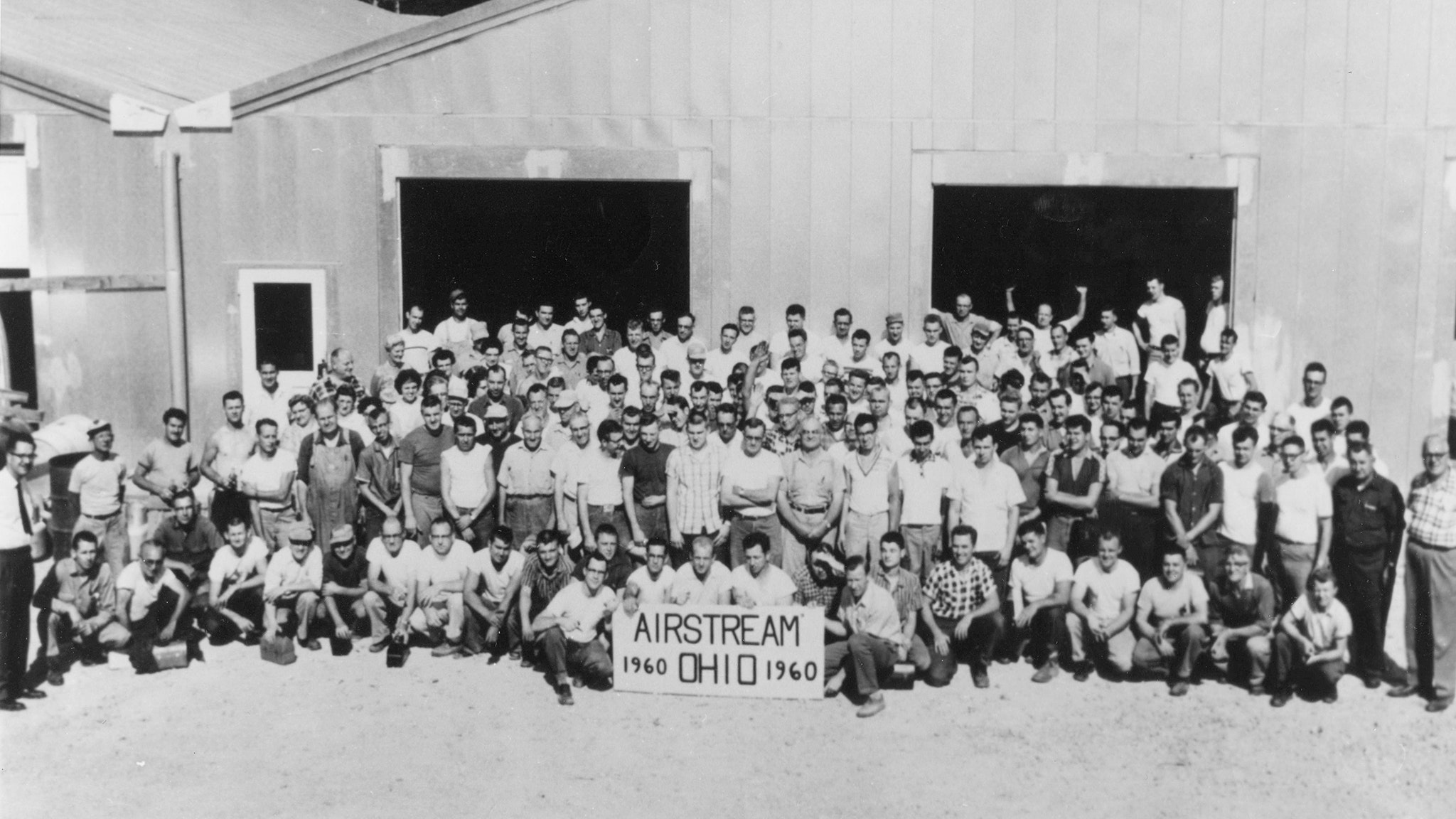 How did Wally Byam, a native of Oregon with a company based in Los Angeles, expand his business to open a second Airstream plant in rural Ohio?

It is one of the most interesting stories in Airstream history and today, Shelby County, Ohio, inhabitants are proud to host the only Airstream production plant in the country.

In 1931, Airstream founder Wally Byam opened his first travel trailer factory in Culver City, California. Wally had said for years that he wanted to open a second plant, and by 1952 he had the economic means to do so. Because many travel trailer competitors were rooted in Elkhart, Indiana, he wished the second plant to be in the same vicinity where he could efficiently reach the market on the east coast. 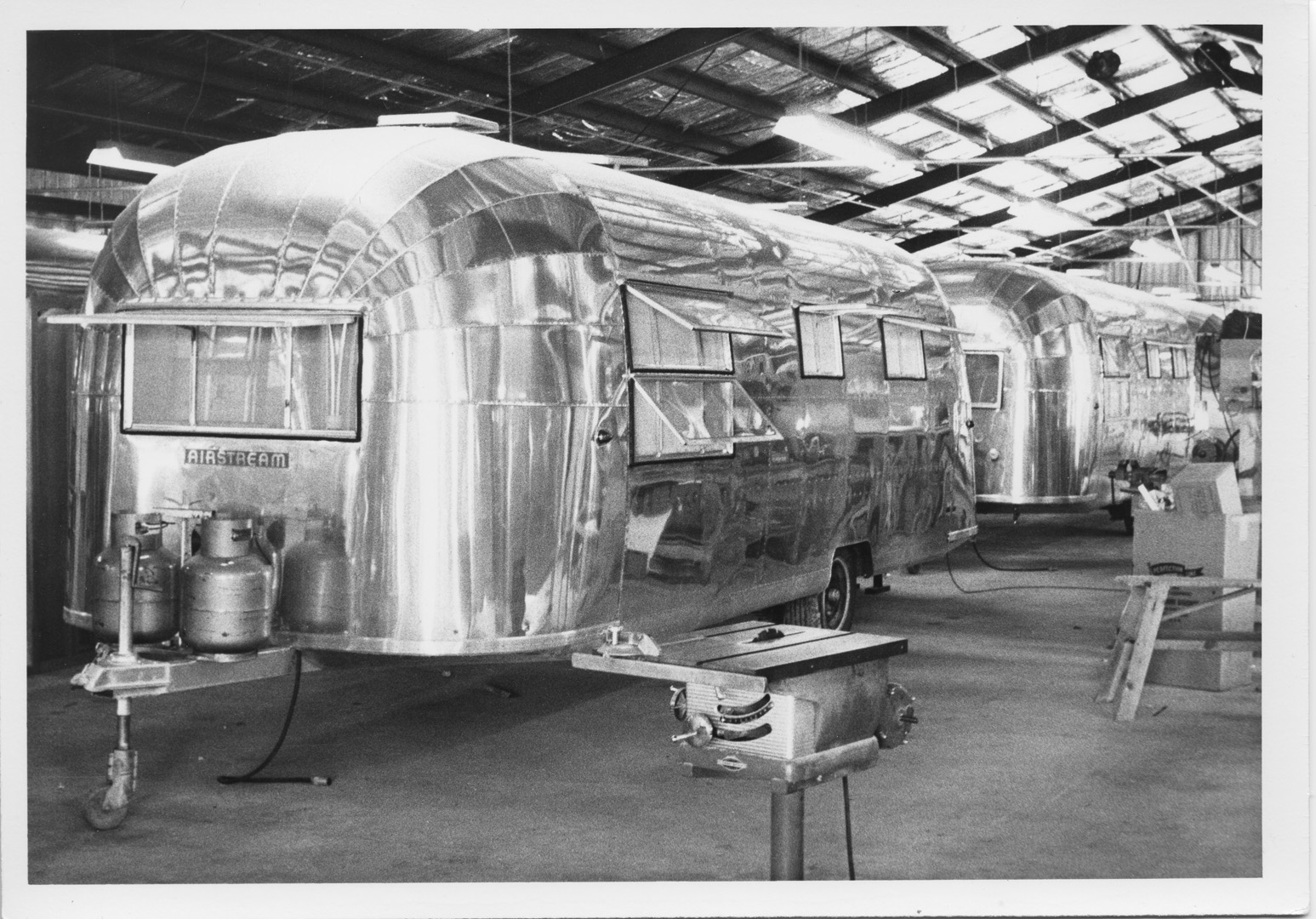 Wally, his friend Cornelius “Neil” Vanderbilt, Jr., and Andrew Charles, Wally’s right-hand man and future President of the Ohio plant, decided to attend the Democratic and Republican National Conventions in Chicago that summer. They would take a custom-built travel trailer, as Wally saw a wonderful marketing opportunity for Airstream, and Vanderbilt wanted to document the conventions. During the week between the conventions, Wally and Andy planned to scout the nearby states in search of just the right factory building.

A 33’ blue and white Airstream was specially made for the trip and named the Commodore, after Neil’s famous great-grandfather. The interior of the travel trailer was as unique as the exterior: it had a plexiglass skylight, a TV, two bathrooms, a bar, and a library. 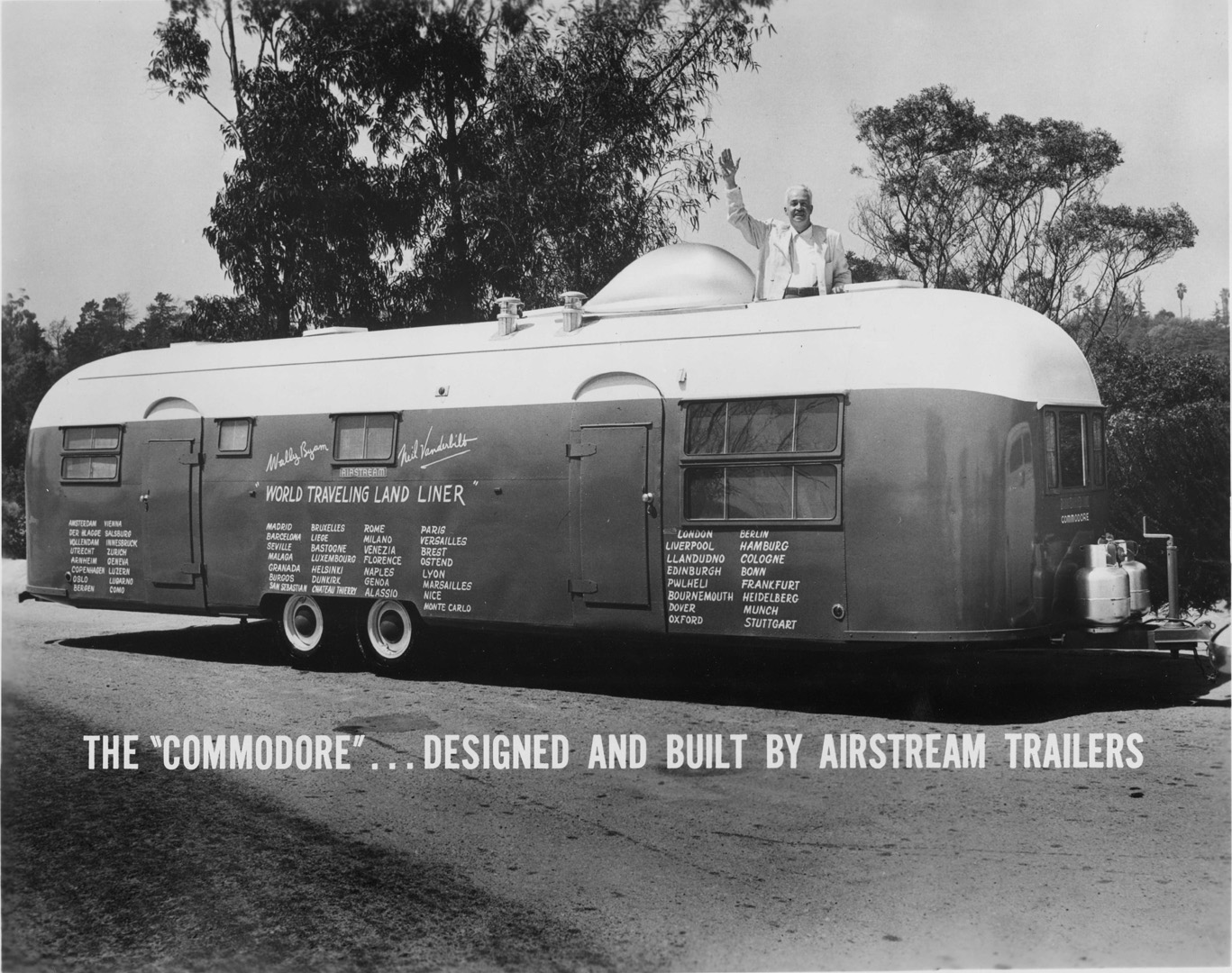 Unfortunately, the trip did not begin smoothly as Wally injured himself at the group’s going-away party and ended up with a broken foot. The trio forged on and Vanderbilt drew many socialites, celebrities, and politicians to the trailer throughout the week. After the Republican Convention, Wally and Andy traveled through Illinois, Indiana, and Ohio looking for just the right location.

After stopping in Dayton, Ohio, to visit some of Wally’s relatives, they headed north and happened to stop for gas in Sidney, Ohio. Andy inquired about available buildings at the Chamber of Commerce, and they were referred to E.J. Garmhausen, a local attorney. He directed them to a building in the village of Jackson Center. In the small town, Wally and Andy found the overgrown building which was used as a bazooka factory during the war.

As Wally continued to suffer from his broken foot, Andy got out to see if the building was an option. There were weeds so high they were nearly swallowing the building. However, upon sorting through brush and weeds and peering into the building, Andy insisted that Wally must come see the interior. The factory was everything they had been looking for. Wally and Andy slept in the truck next to the factory that night.

After speaking to E.J. Garmhausen again the next morning, Wally planned to buy the building on his return home from the second convention in Chicago. Just a few weeks later, the purchase was finalized and Jackson Center was Airstream’s second home. Andrew Charles was in charge of hiring production staff and transforming the plant from its abandoned state. Within a short period of time, Charles had trained employees and found local material suppliers and regional dealers.

Thriving on a history of adventure and expansion, Airstream production today is settling into its newest space, the largest plant expansion in company history, and seeking a future of growth among the cornfields of Jackson Center.