So about those riveting facts...

In times like these, we could all use some fun. So we thought we’d get your curiosity going with some less-than-accurate historical facts. But this is actually, seriously a landmark time in Airstream’s history.


Our brand new Airstream Heritage Center opens soon.
Exactly when? To be honest, we can’t be sure, and safety is our top priority. But we’ll keep you posted. In the meantime, see what our exhibits will be, what items are our personal favorites, and even contribute your own part of Airstream history. 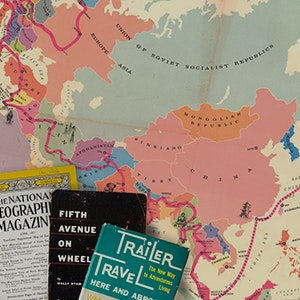 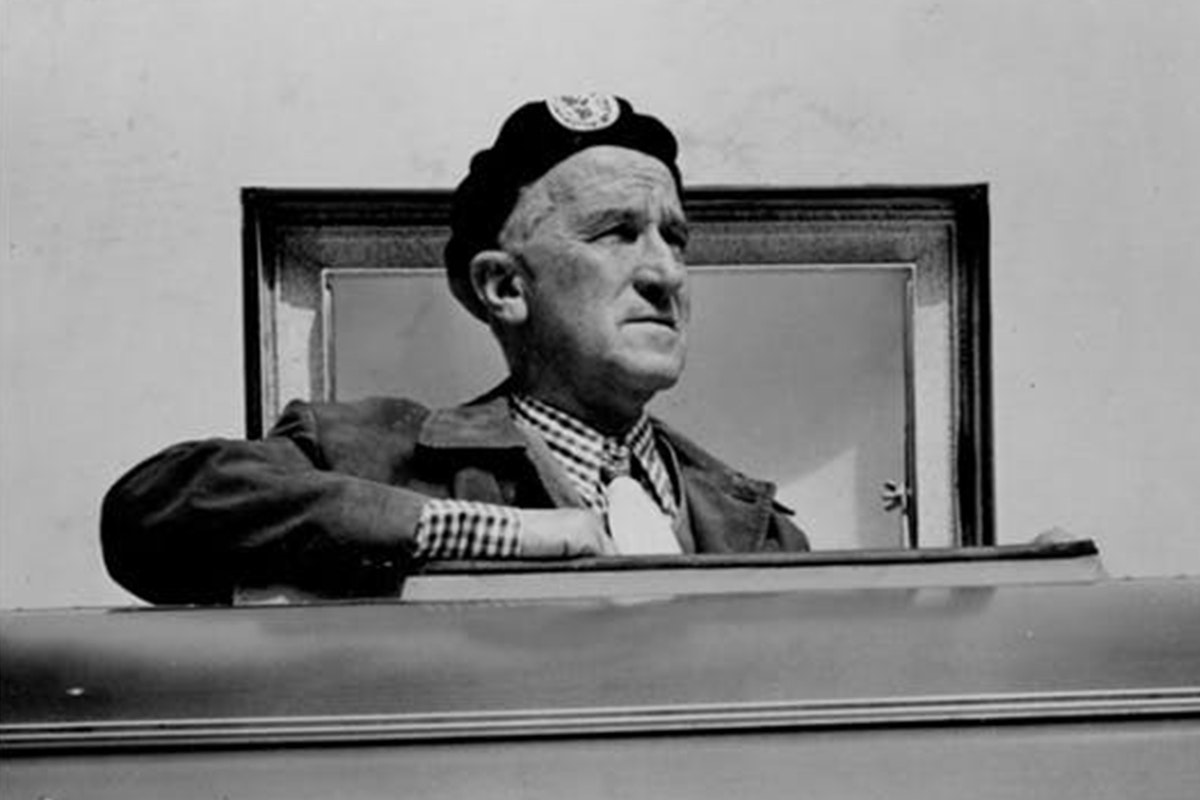 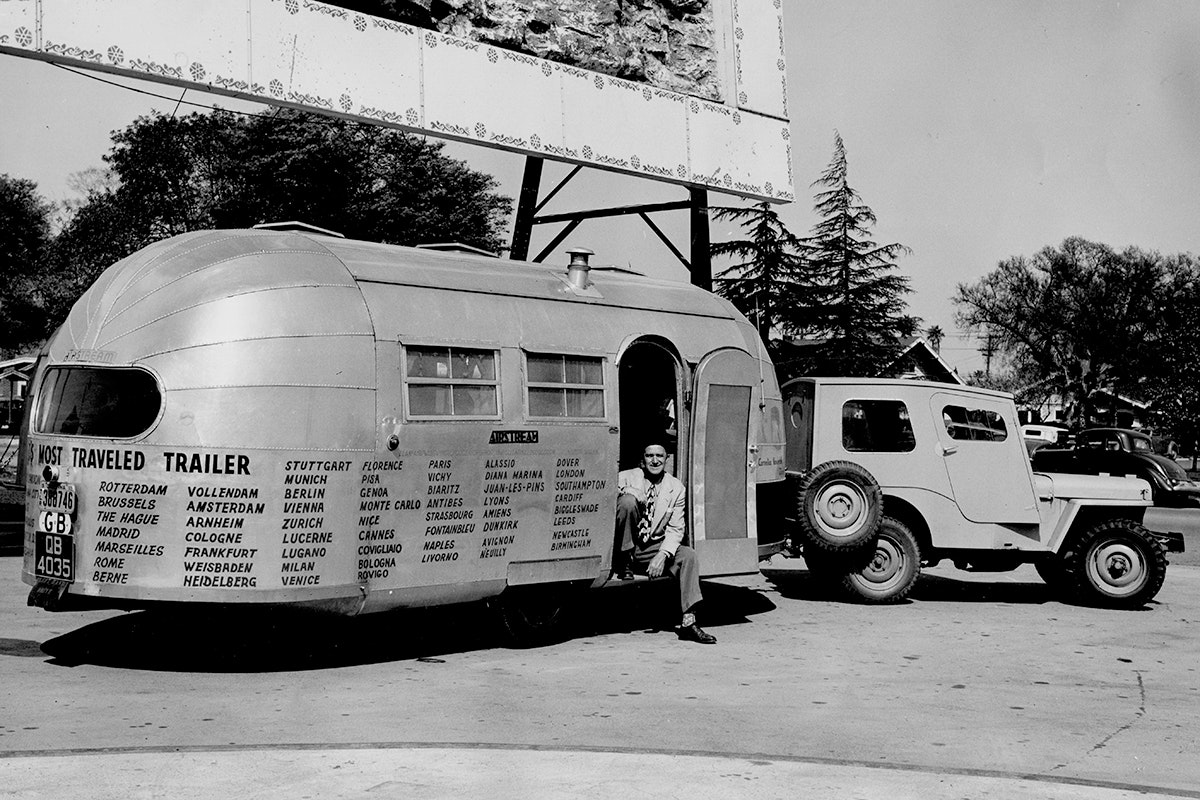 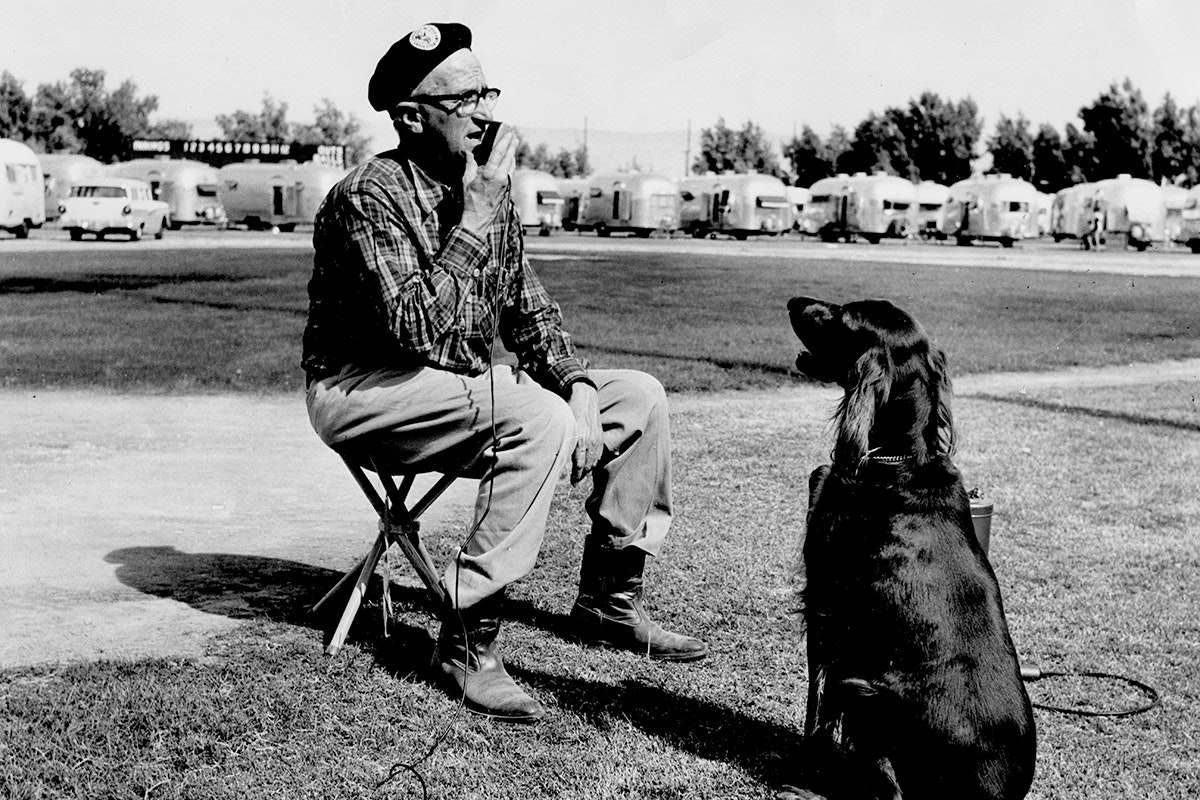 I always find photos of Wally in the wild inspiring. He was, in a very real way, my predecessor.  His passion for life on the road, inspiring adventure, leading caravans, driving product improvements, made the company what it is today. We are all beneficiaries of his foundational work. 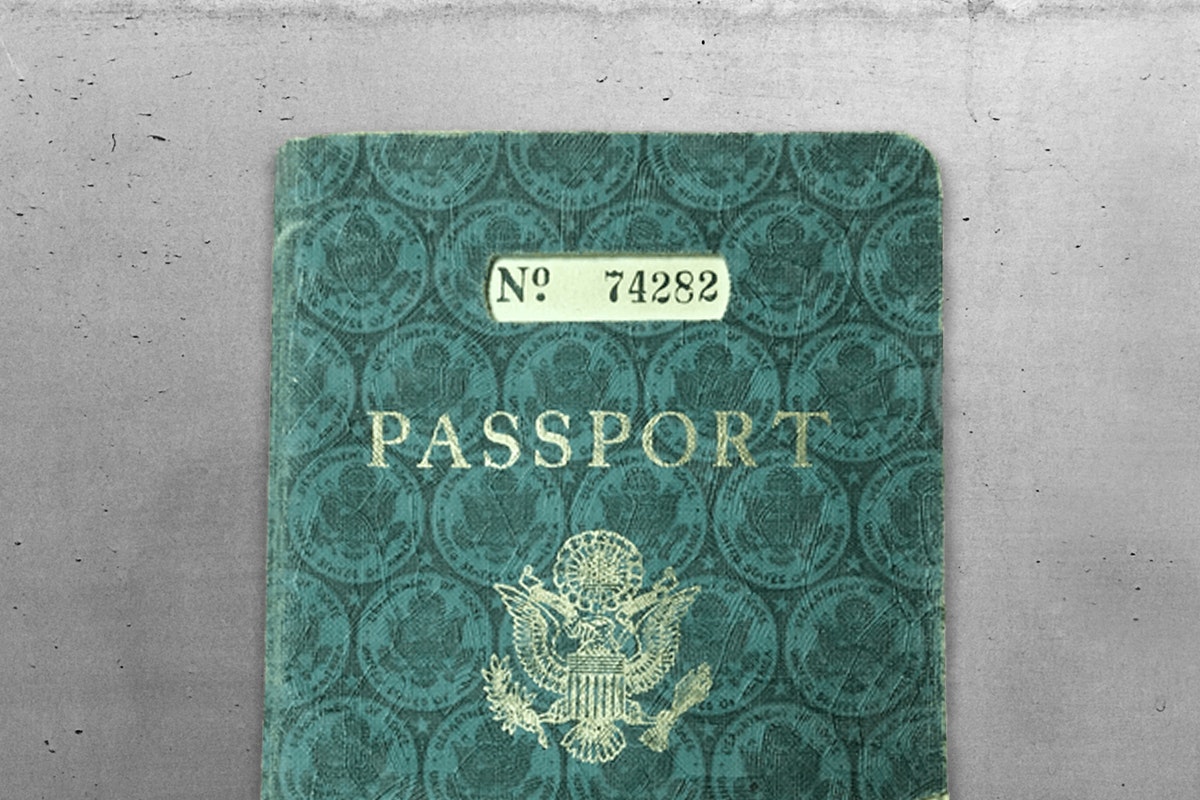 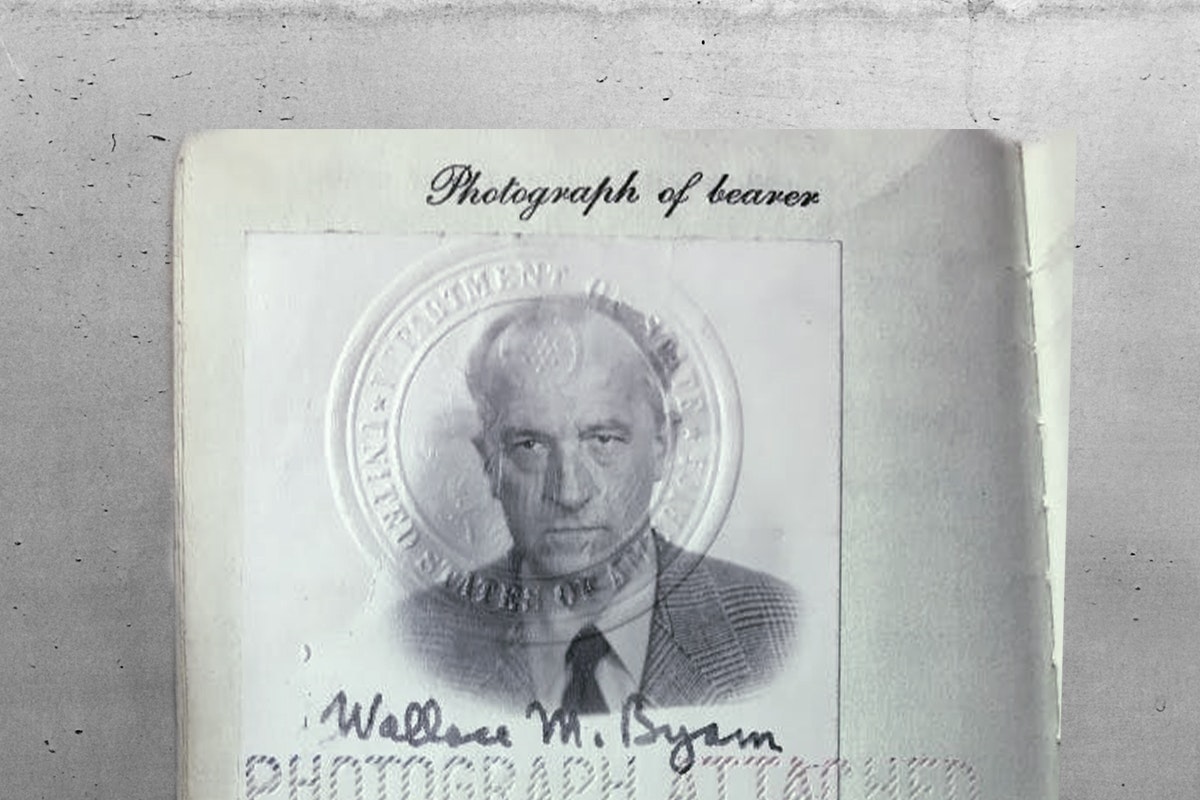 To be able to hold Wally’s passport in my hands and think of all the places it traveled with him...it just gave me chills. It’s also a great reminder as we look back at these iconic photos of these historic caravans, that they too had a process to enter each new country as we do today. In a small way, it made the caravans more real, more reachable. I think of my own passport that I’ve used to travel around the world to visit our dealers in England, Germany, Australia, Thailand, Taiwan, China, Japan, Brazil, and South Korea. It makes me proud to think that by Wally taking his Airstream around the world, the impact still echoes today with Airstream’s global presence.

Wally’s passport in many ways is just a small notebook full of paper, but in reality to me, it represents much more. It’s almost as if it is giving us the permission and encouragement to take adventures of our own over the next hill. If Wally could do it, then why can’t we? 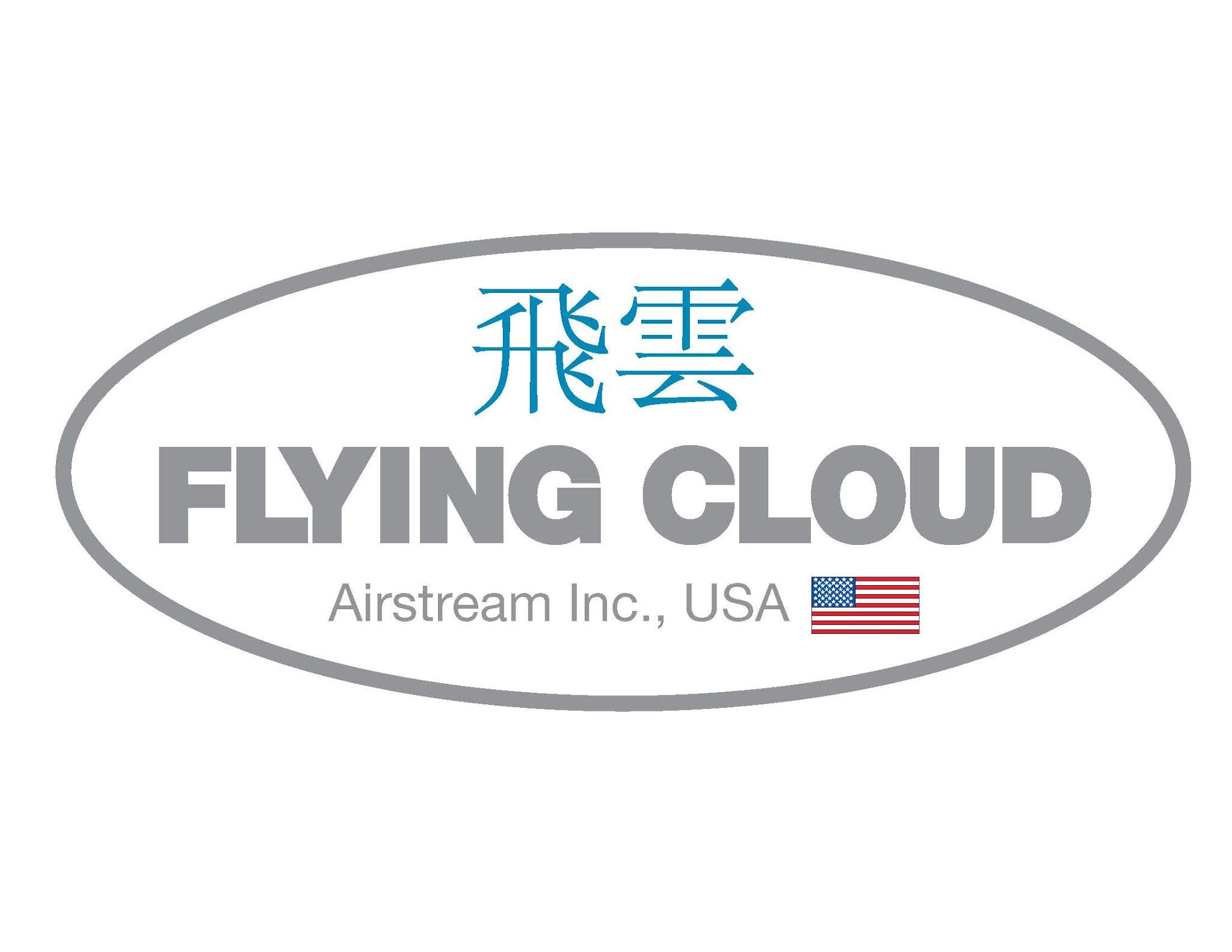 I started collecting Airstream emblems in the mid-1990s; I saw them as pieces of art that someday could be viewed as an historical timeline of sorts. The emblems I collected came from various sources including Engineering prototypes (some of which are one of a kind). One emblem in particular was very unique and my personal favorite, due to the interesting story that surrounds the travel trailers it was created for and the fact that it is the only emblem with a foreign language (Chinese) written on it.

This seemed unbelievable at the time to us here in Jackson Center, Ohio. We had to remove the Airstream name from the front and rear end shells of trailers we’d already built, and watch many more come down the line without the Airstream logo.

Without the Airstream logo, we were proud to include an emblem which still bore the Flying Cloud name in English and Chinese characters, as well as the American flag. While the trailers didn’t bear the Airstream name, nothing could discount the fact that...we put the same effort into each of these travel trailers as we and past generations of Airstream associates have done for over 80 years–right here in the USA. Eventually, Airstream was able to obtain the Airstream trademark in China for travel trailers and other goods. 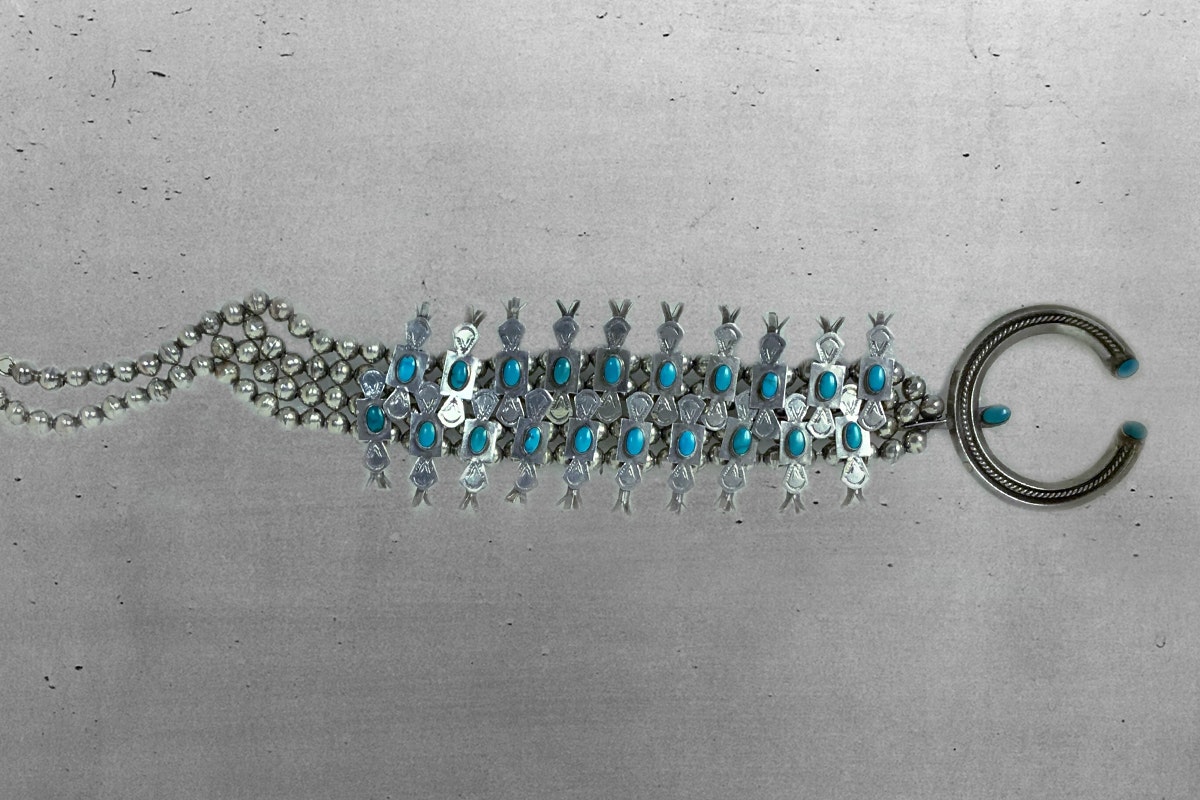 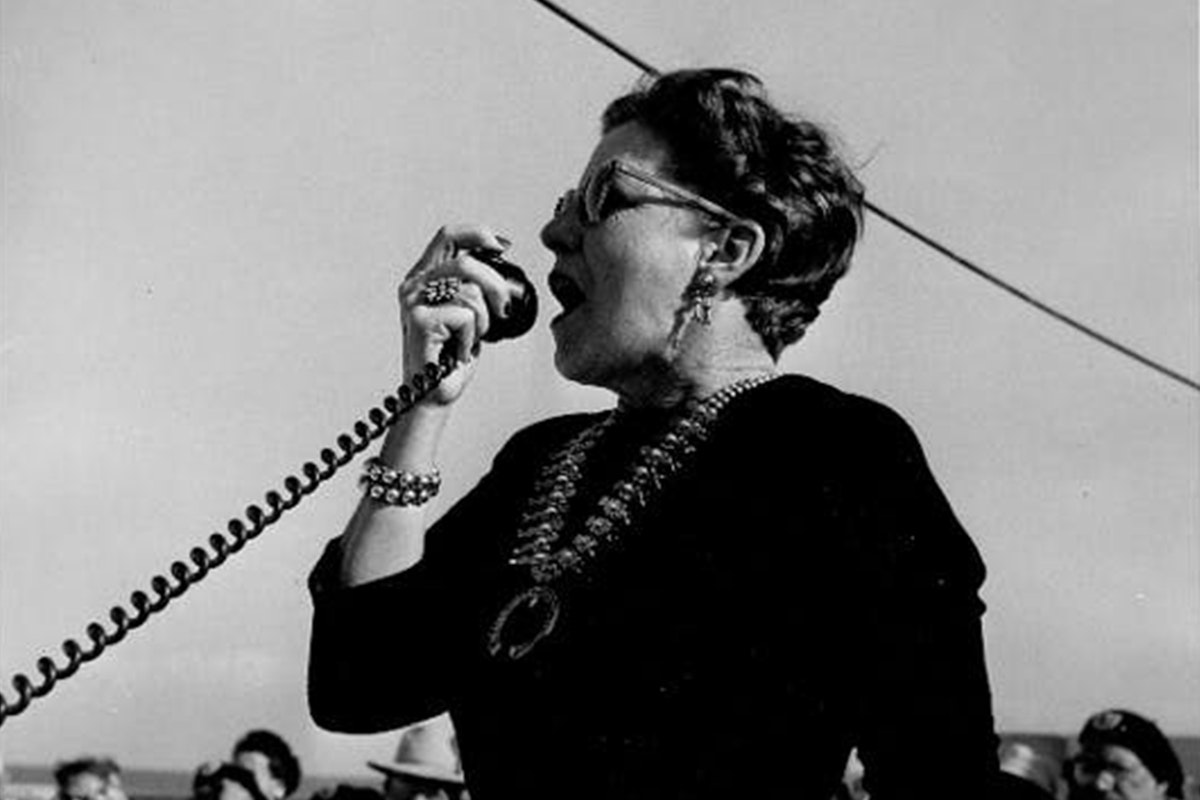 My favorite item in the collection is the beautiful Squash Blossom necklace that belonged to Helen Byam Schwamborn–Wally’s cousin and trusted confidante. The Squash Blossom necklace is well-known in Navajo silversmithing history and was named after the string of flared “squash blossom” beads and the centerpiece called the “naja,” which means “crescent” in Navajo.

We have several photos in our Archives that show Helen wearing this cherished necklace. In 1955, Wally  asked Helen to join Airstream and work with owners to form an Airstream club. In her new position, Helen was responsible for planning caravans, managing the Wally Byam Caravan Club, writing and editing the newspaper The Caravanner, and serving on Airstream’s Board of Directors. Helen loved people and she created a world for Airstream owners to share their lives with other Airstreamers–a legacy we still enjoy today.

Helen was able to accomplish all of this in an era where it was extremely unusual for a woman to hold a leadership role within a company. I am continuously inspired by the Airstream world that Helen helped to create and I am honored to be a part of the special history of this brand. 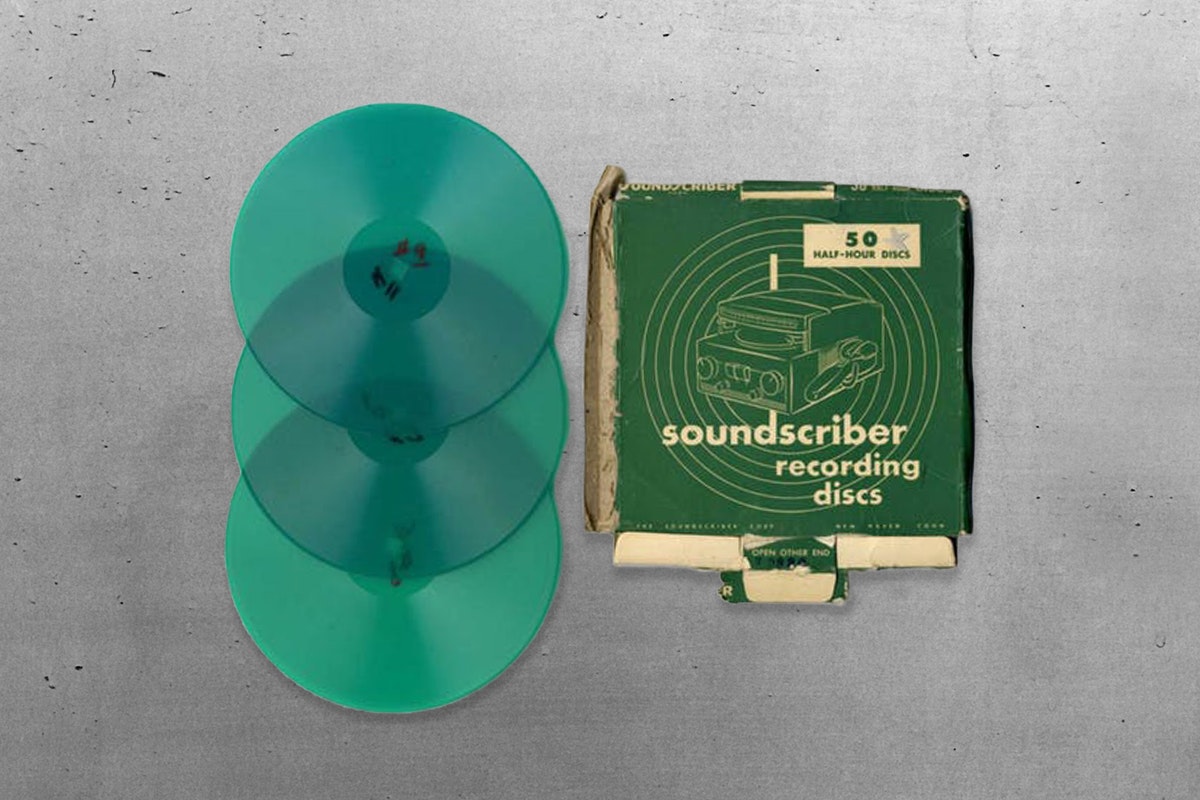 As Airstream’s Archivist & Historian, I often say that it’s impossible for me to select just one favorite Airstream item. So, I have decided to break the rules and choose a collection: the series of Sounscriber discs and audio tapes that were generously donated by the WBCCI and on behalf of the Helen Byam Schwamborn Estate.

These discs were used by Wally Byam to record messages while traveling on the famous Airstream caravans that he could send to Airstream leadership, business associates, and loved ones back home. He would also receive replies via these same discs and tapes.

Wally’s messages would include caravan news, as well as any problems that he had encountered with travel trailers while on the trip. Wally was devoted to putting his product to the ultimate test, traveling across rugged terrains around the world, and using what he had learned from these tests to make improvements back at the factory.

The Soundscriber discs and audio tapes are special to me because we were able to have the recordings digitized and can now hear the voices of Wally, his wife Stella, Helen Byam Schwamborn, Art Costello, Andy Charles, and more. After researching, preserving, and sharing the history of these inspiring individuals for years, it is incredibly special for me to be able to hear their voices for the first time and it brings their stories of adventure to life in a new way.

"Adventure is where you find it, any place, every place, except at home in the rocking chair."