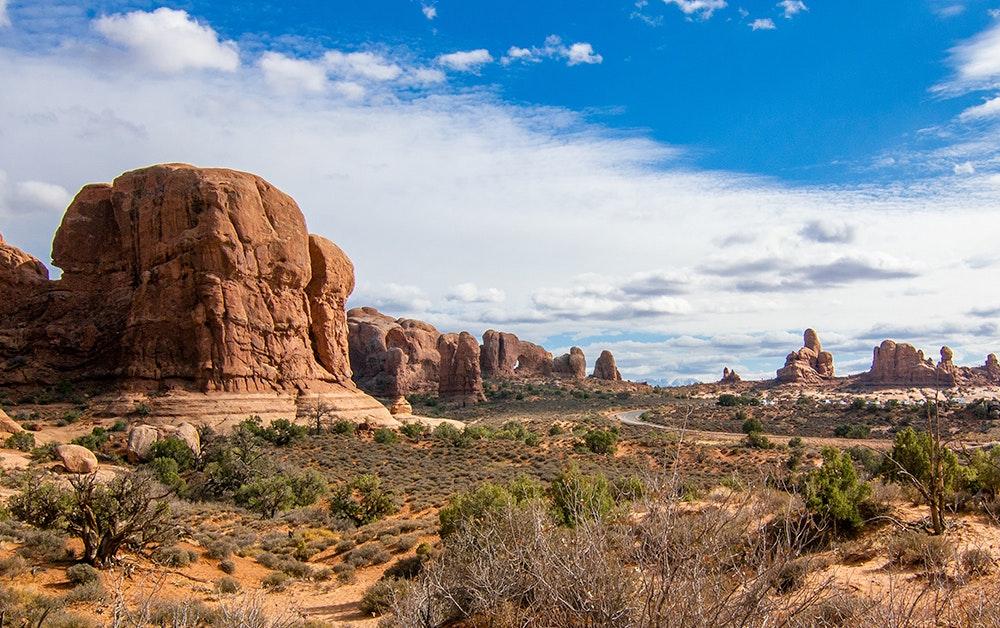 Signature Formations for the Gateway to Magic

Click the play button on the video below to transport yourself to Arches (headphones recommended).

Discover What Lies Beyond at Arches

The Park’s Signature Formations Are a Gateway to Magic

It’s not easy to say something new about Arches National Park. Ask Google for “Arches travel guide,” and you get - roughly, literally - eight million responses.

But indulge us, please, and hear our zen-like two cents on visiting this beautiful, mysterious  place:

Don’t miss Arches because of the arches. 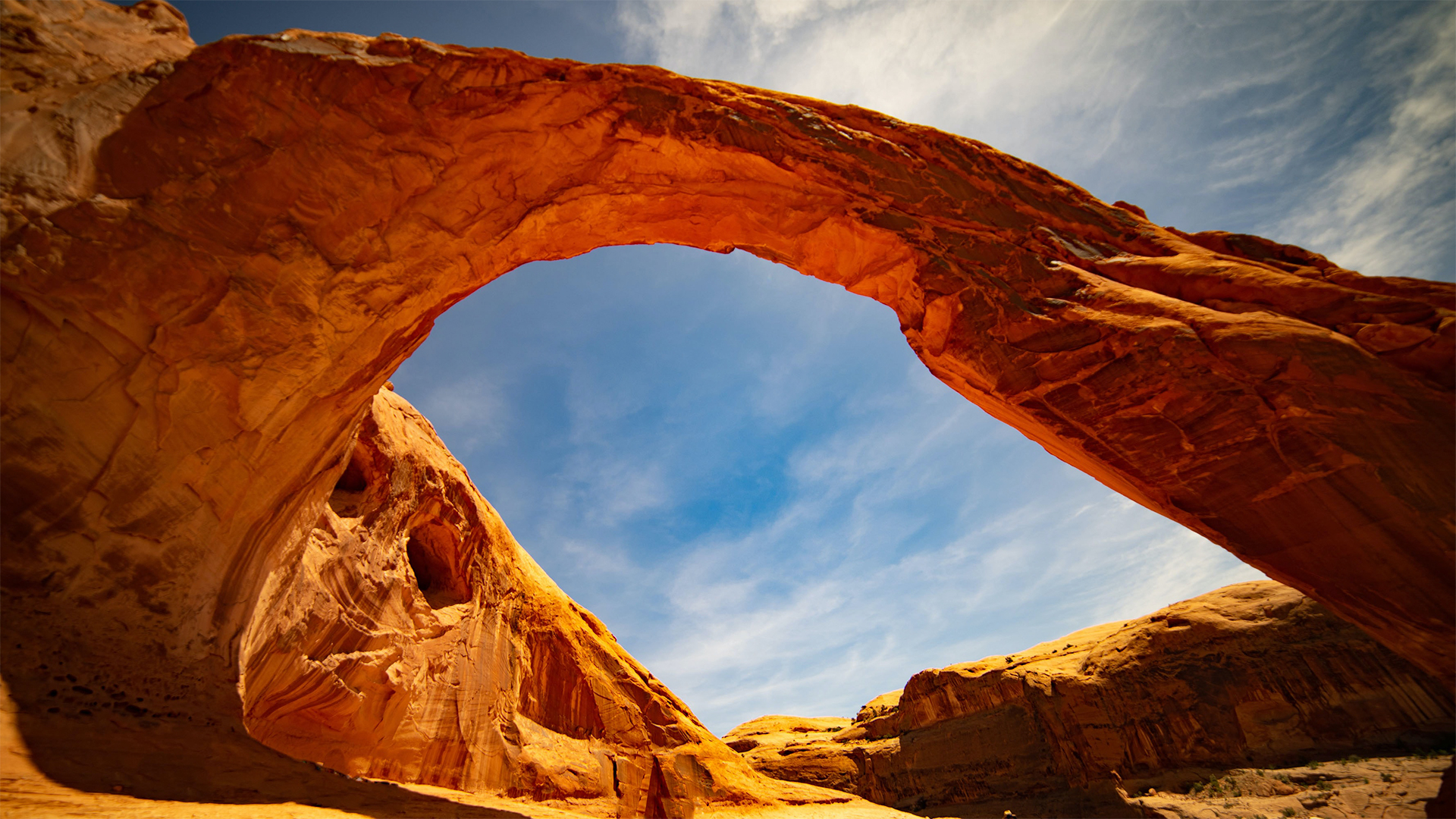 Arches National Park protects the world’s largest collection of sandstone arches, stunning features formed by the hands of geology and weather over the eons. These multi-hued portals from the past are indeed breathtaking. It's no wonder some 1.5 million people come here each year to see what the reverent raving is all about.

But like the sun, whose radiant beauty masks the glory of the moon and stars, the arches can blind visitors to this desert park’s many other wonders.In the mid-1950s, a young man named Edward Abbey spent two summers as a park ranger at Arches, which was then, to quote the National Park Service, “a little-known monument at the end of a little-used dirt road.” Abbey lived alone in a battered trailer deep inside the park, immersed in everything the place had to offer. The “letters” he wrote to himself during his tenure at Arches eventually became Desert Solitaire, a book considered a classic of nature and environmental writing.

Abbey’s musings on Arches and the surrounding canyons region offer a guide to not just visiting the park, but truly experiencing the place in a way that will leave you with something deeper and more meaningful than an awesome Instagram story.

While Abbey had the natural awe of the stone rainbows and other geological fantasies that define the Arches National Park brand, he saw these features as window dressing or decoration on a cake.

“The arches themselves - strange, impressive, grotesque - form but a small and inessential part of the general beauty of this country.”

In Abbey’s view, the area’s true appeal is the desert itself, a harsh, austere place that, while indifferent to human presence, offers a special gift to visitors who can accept it. The stillness and quiet of this parched, rock-strewn landscape provide an opportunity to escape. Escape from the mundane. Escape from the hurly-burly, go-go of modem life. Escape from noise and distraction of our making.

“The air is untroubled, and I become aware for the first time today of the immense silence in which I am lost. Not a silence so much as a great stillness...A suspension of time, a continuous present. If I look at the small device strapped to my wrist, the numbers, even the sweeping second hand, seem meaningless, almost ridiculous.”

Here a person can also escape into themself for a period of self-reflection. Arches, 65 million years in the making and ever-changing, is an ideal spot to gain some perspective on our lives and problems. The worn red rocks are a poignant reminder of some essential truths. We are but sparks in time, and part of something incomprehensibly bigger than ourselves.

Arches has changed so very much since Abbey’s day. The once-obscure national monument is now the 15th most-visited National Park. Every news story about our jam-packed parks, it seems, includes a shot of shoulder-to-shoulder crowds jostling for the right selfie angle at Delicate Arch. 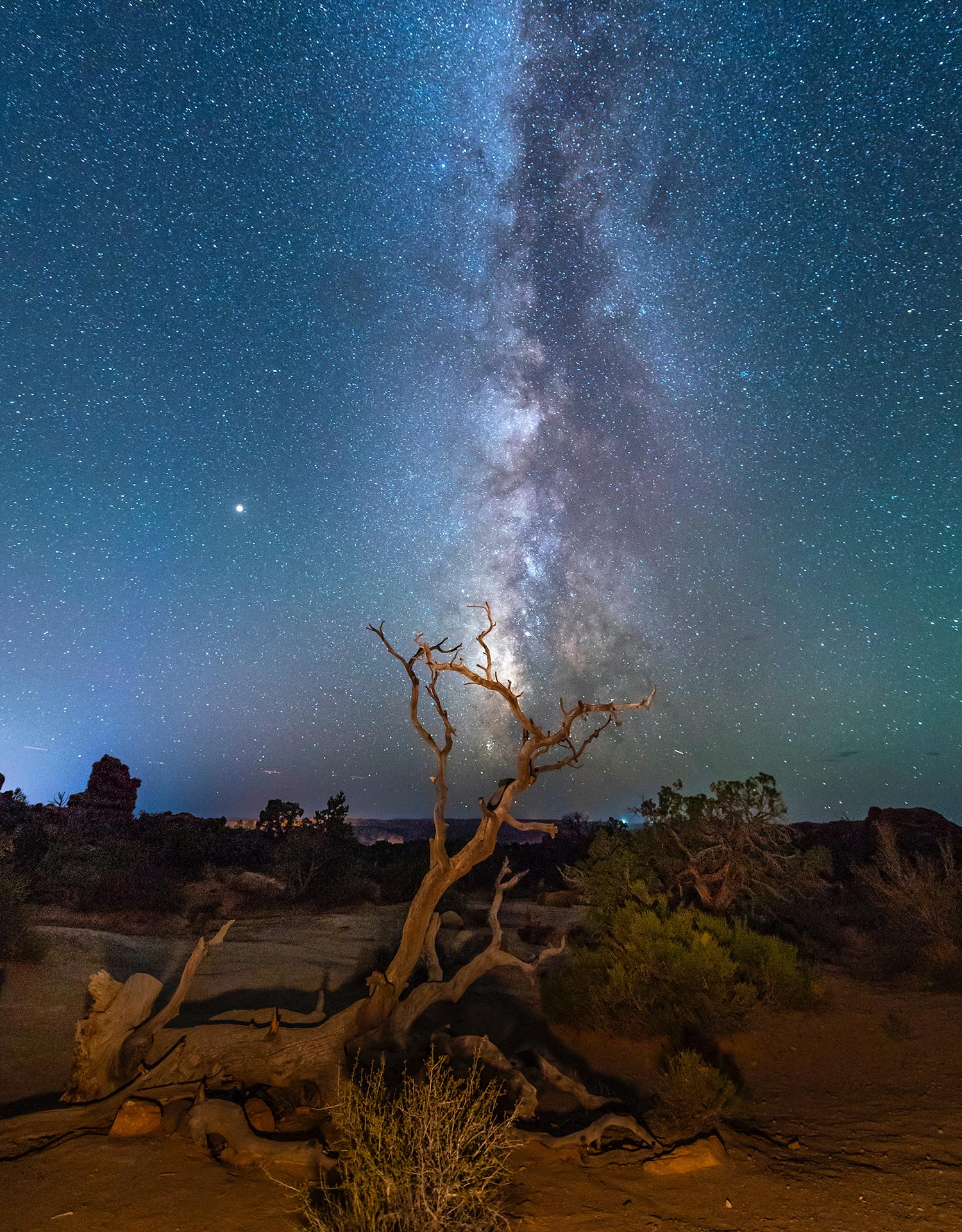 But with a bit of worth-it effort, it is still possible to tap into the real magic of this place. Yes, yes, be sure to hit the postcard attractions - Double Arch, Windows and Turret, Balanced Rock, Delicate Arch, the Fiery Furnace. But then, take a point-to-point hike off the tourist-trodden trail and discover a place of solitude amidst the park’s canyons, washes, fins, pinnacles and unnamed arches - many of them hidden in plain sight. As late as the 1970’s, the Park Service counted 90 arches in the park. Today, we know there are upwards of 2,000.

Go find yours. Perhaps in the off-season when the crowds thin. Or, take a page from Abbey’s daily routine and make your way into the Arches backcountry at dawn. Sit quietly and watch the sun light the place on fire, the colorful rocks coming aglow, the desert’s crepuscular animals stirring from their burrows and dens ahead of the coming heat, the purple sage and blackbush trembling in a soft breeze.

Come nightfall, seek out an empty corner of the park, spread a blanket, and bathe in the Milky Way.

To get the video to play fullscreen, click the icon in the bottom corner of the video.