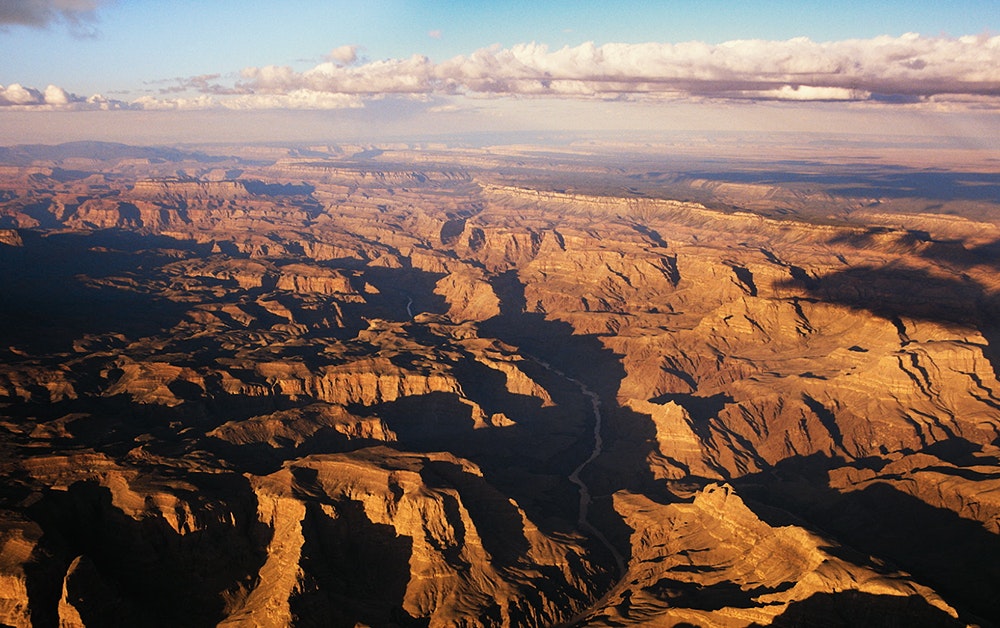 Unquestionably the Most Famous Canyon on Earth

Click the play button on the video below to transport yourself to the Grand Canyon (headphones recommended).

What exactly makes the Grand Canyon so… grand?

It’s not superlative by the standard metrics.

Not the longest - that would be Tibet’s Yarlung Tsangpo Canyon.

Not the deepest - Yarlung Tsangpo, again.

Not the oldest -- or maybe it is; no one’s quite sure.

Shoot, Grand Canyon National Park isn’t even the most visited park. It doesn’t make the Top 10 list of our largest national treasures. 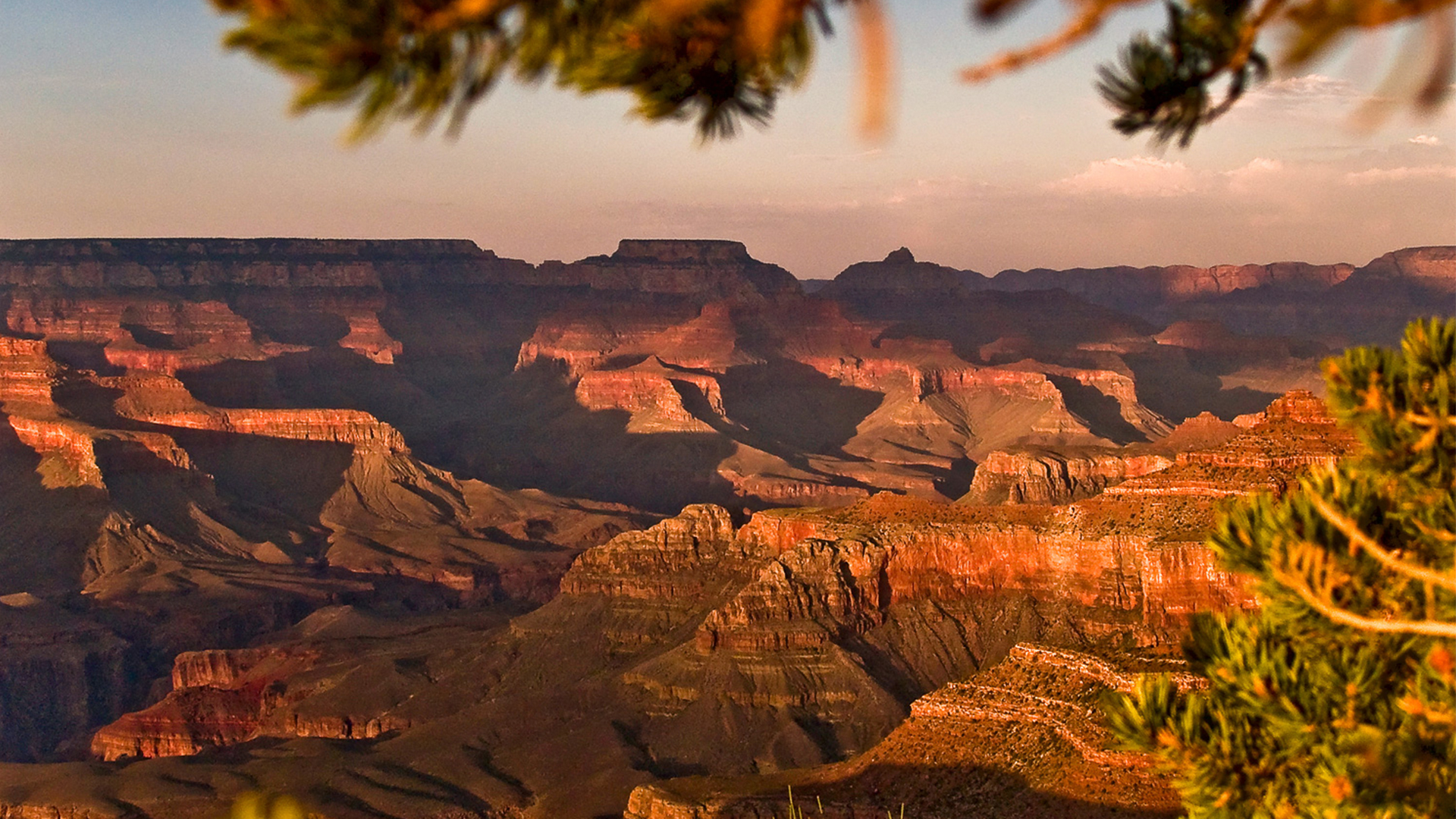 The first European visitors flat out dismissed the place with a shrug. In 1510 a group of Spanish Conquistadors camped on the edge of the Grand Canyon for two days as they searched for the legendary Seven Cities of Gold. We know this only because two junior members of the expedition made passing mention of the stop in their diaries. “Eh.”

Some 350 years later, U.S. Army Lt. Joseph Ives concluded a report about his exploration of the Grand Canyon this way: “It can be approached only from the south, and after entering it there is nothing to do but leave. Ours has been the first, and will doubtless be the last, party of whites to visit this profitless locality. It seems intended by nature that the Colorado River, along the greater portion of its lonely and majestic way, shall be forever unvisited and undisturbed.”

And yet, today, this jagged, craggy, rocky, rambling hole in the ground inspires our collective awe. The Grand Canyon is unquestionably the most famous canyon on Earth, beating the Yarlung Tsangpo in a runaway. It’s a consensus member of the Seven Natural Wonders of the World, sharing that pantheon with the likes of Mt. Everest and the Aurora Borealis.

The Grand Canyon’s magnetic appeal is hard to put into words. Many talented writers have failed in the effort. As western journalist and author George Wharton James observed in 1910, “Though only two hundred and seventeen miles long, [the Grand Canyon] expresses within that distance more than any one human mind yet has been able to comprehend or interpret to the world. Famous word-masters have attempted it... but all alike have failed…They know they cannot describe it, but they proceed to exhaust their vocabularies in talking about it, and in trying to make clear to others what they saw and felt.” 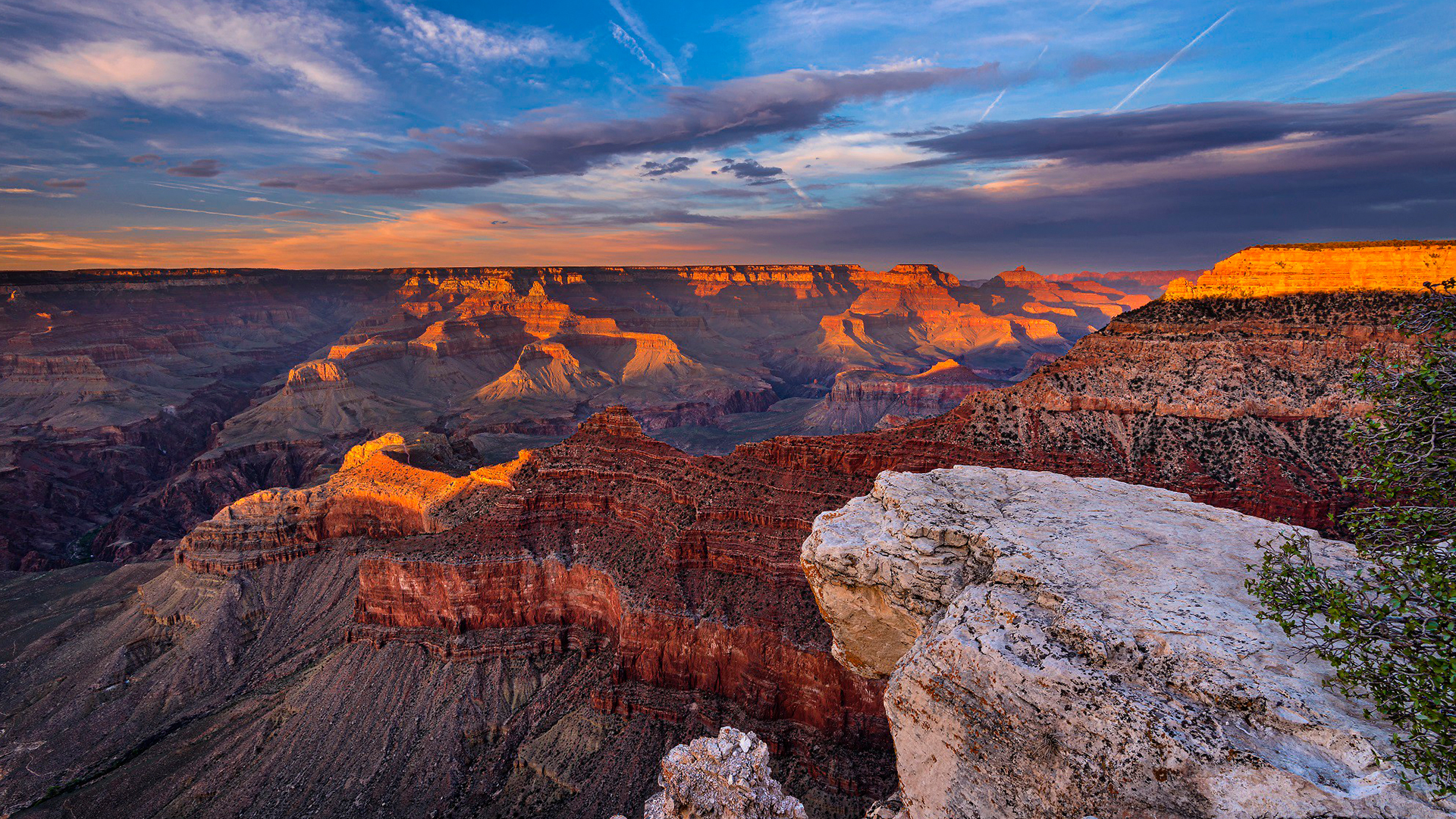 President Theodore Roosevelt, the author of 45 books, threw in the rhetorical towel during a speech he made after visiting the canyon.

“I shall not attempt to describe it, because I cannot. I could not choose words that could convey to any outsider what that canyon is,” said Roosevelt.

But TR, ever a man of action, went on to offer this advice: “Leave [The Grand Canyon] as it is.  You can not improve on it. The ages have been at work on it, and man can only mar it.  What you can do is to keep it for your children, your children's children, and for all who come after you, as one of the great sights which every American... should see.”

In other words, no second-hand description can substitute for immersing yourself in the Grand Canyon’s wonder. You must find it for yourself, engage your senses in its beauty, and come up with your own definition of grand.

Perhaps you’ll find it the moment you arrive – when you first look out across the canyon gobsmacked and realize it runs all the way to the horizon; that it’s 18 miles – 18 miles! – to the other rim. Or when you instinctually push back from the railing after your first glance down the sheer canyon wall. Fumble your phone over the edge and it will take 20 seconds to reach the bottom. 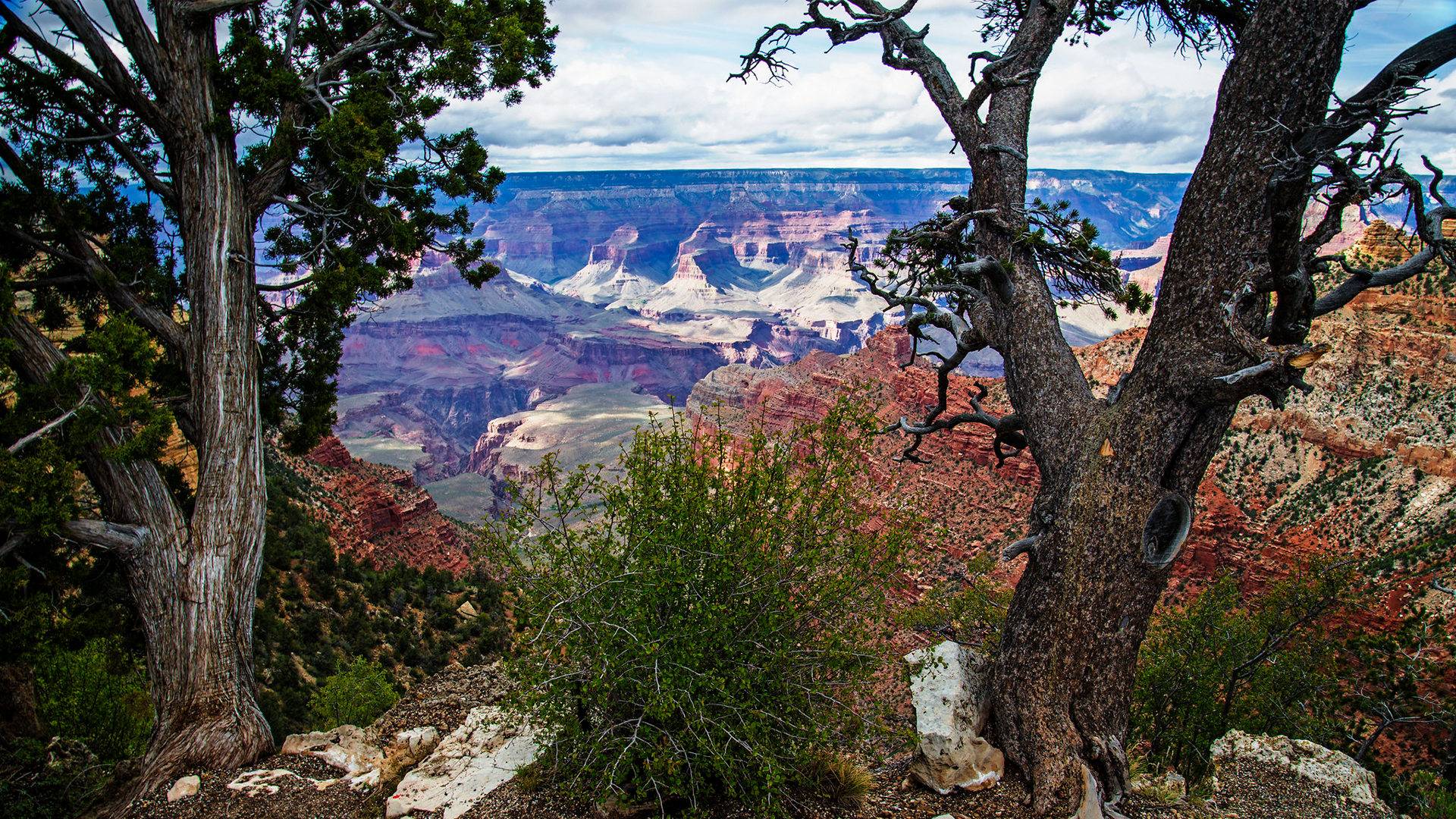 If you’re from a green, geologically tame place, like, say, east of the Mississippi, you may find grandeur in a landscape so very different from what you know. The canyon’s rough-hewn rocky features, ocher colors, and surrounding desert have more in common with Mars than Massachusetts. Anywhere back east or up north dubbed “the Grand Canyon of…” isn’t.

A pre-dawn hike to Yaki Point to view sunrise over the canyon may help you define this place. Watch as the sun peeks over the rim, then slowly fills the canyon, waking the colors of the rocks and illuminating signature geological features like Vishnu Temple and the Sinking Ship.

The shiver you feel won’t be from the morning chill.

Rafting through the Grand Canyon on the Colorado River offers yet another perspective. Roaring rapids serve as a reminder of the relentless force that carved the canyon over millions of years. Tranquil stretches allow for close examination of the canyon’s layered walls of granite, schist, gneiss, and limestone. The inevitable result is a contemplation of one’s place in a world where a million years is the blink of Mother Nature’s eye.

You may find yourself in a similar reverie as you ride a mule down a winding trail to the canyon’s bottom, every clip-clop taking you 10,000 years back in geological time.

Or maybe it will all come together for you on the canyon’s North Rim, which is 225 miles and a world away from the go-to, go-go South Rim. There, in the quiet, largely untouched north, you can truly reflect and imagine. Time has no real meaning in this place. The rocks beneath your feet, the view before your eyes have changed but imperceptibly in the past millions of years.

The desert plant waving gently in the light breeze. The hawk riding updrafts over the canyon. The air shimmering with heat radiating from the brightly colored rock. The seemingly endless expanse of canyons, spires, ridges and mesas below a cloudless azure sky. 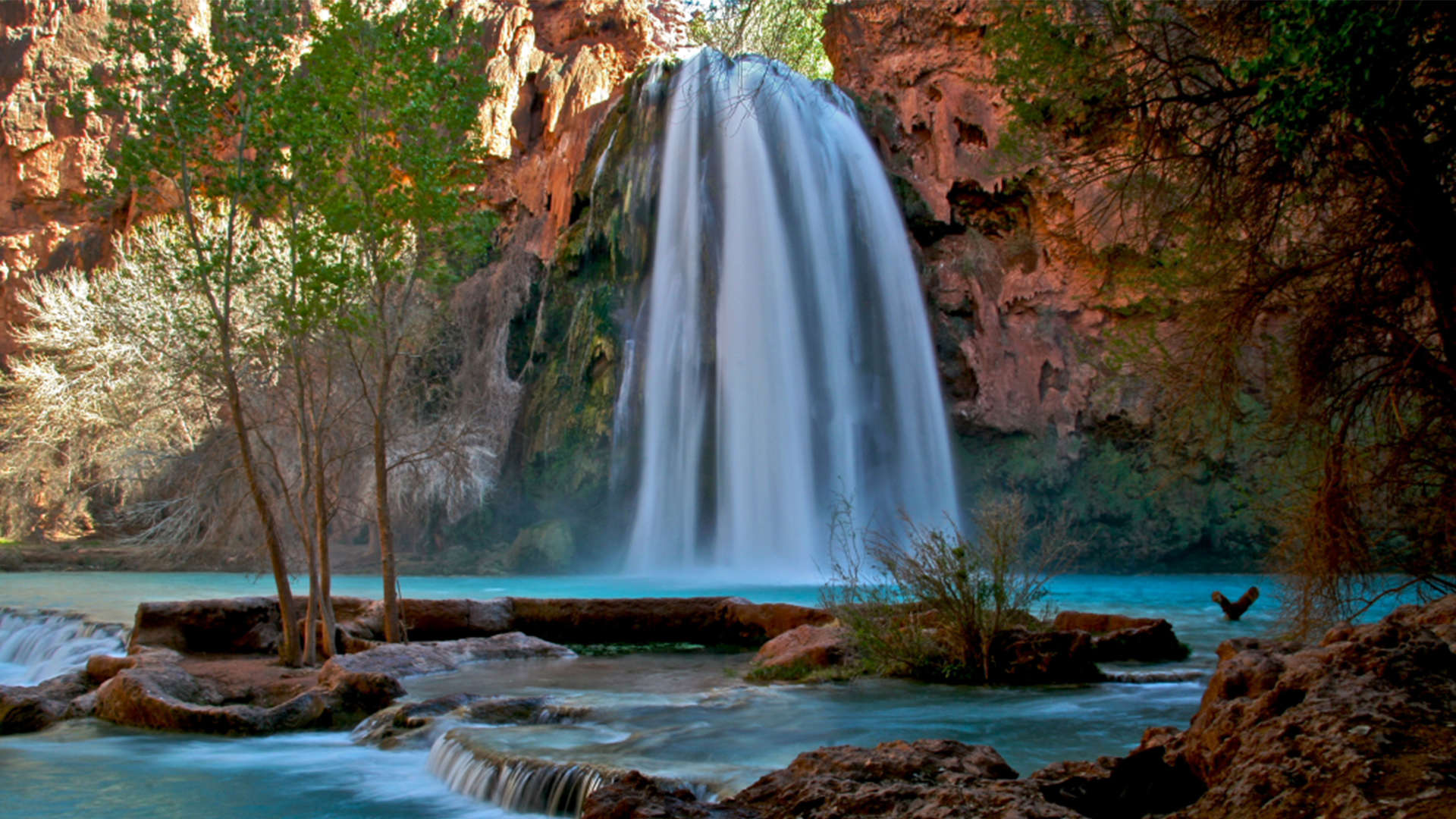 Sit quietly and let it calm your mind. Let it soothe your soul. In that place, understanding will come. You will know what makes the Grand Canyon grand.

To get the video to play fullscreen, click the button to the left of the gear icon.