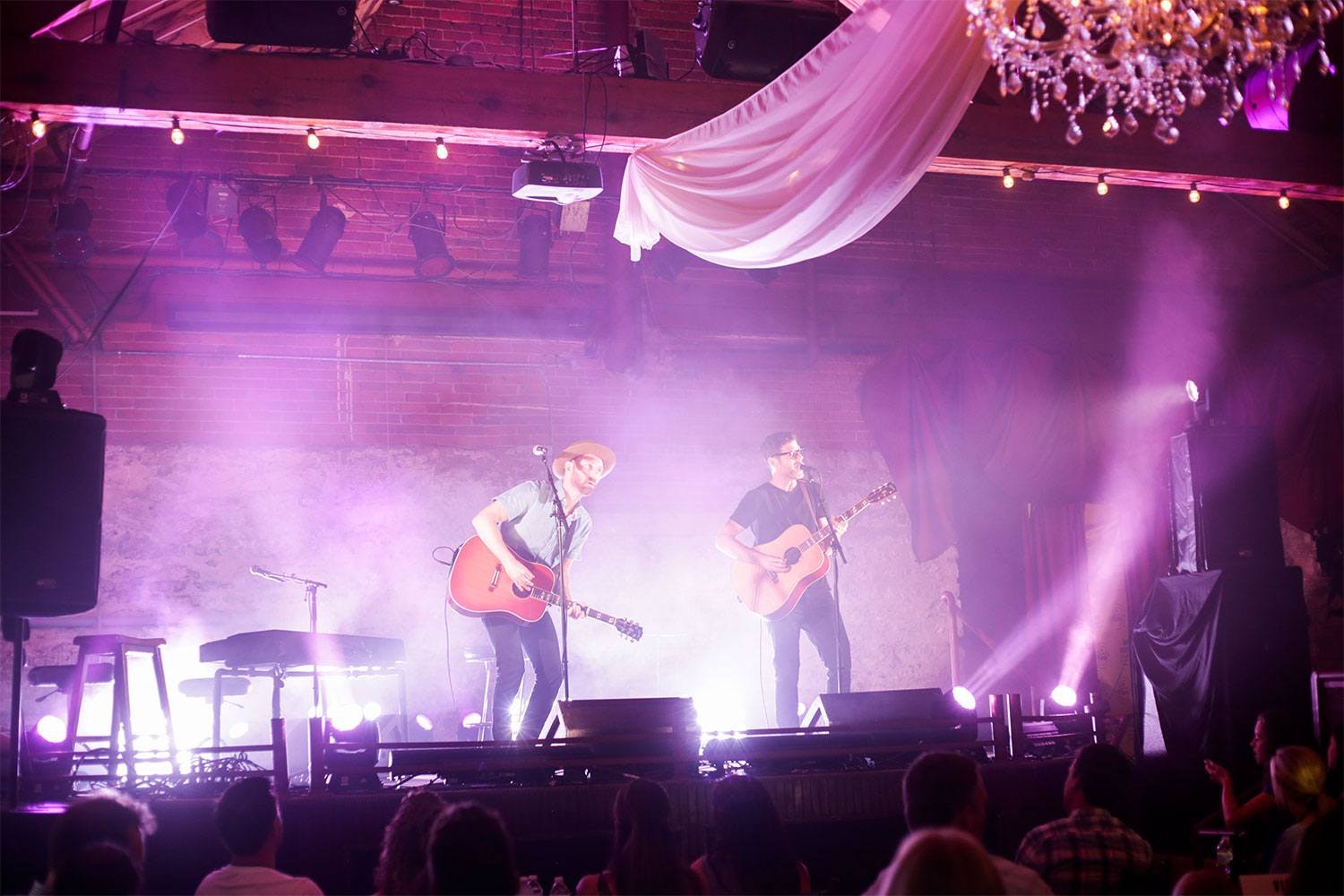 At an event in Columbus, Ohio last week, musician Mat Kearney performed an acoustic set of his chart-topping hits to a rapt crowd. It was an intimate evening of music that raised funds for Sam’s Fans, an organization dedicated to bringing music and art therapy to children facing life-threatening illness.

Founded by Nikki McCarthy, Sam’s Fans honors the life of Nikki’s daughter Samantha who passed away in 2009 at the age of eleven. In the first grade, Sam was diagnosed with Fanconi Anemia, a disease that can lead to bone marrow failure and leukemia. In 2008, Sam received a bone marrow transplant. Over the course of the next 14 months, Sam was in and out of the hospital. During her stays, Sam found great comfort in music therapy – the research-based method of helping patients cope with stress, fear, and anger during treatment.

Sam knew that her mom’s favorite musician was Mat Kearney. Before Sam passed away in 2009, she worked with a music therapist to record a cover of one of Kearney’s songs. That led to a surprise meeting between Nikki and Mat during a music therapy session at Nationwide Children’s Hospital in Columbus that was documented on the Today show. Mat promised to return to do a benefit show in Columbus and the event last Thursday made good on that promise. Mat and fellow musician Tyler Burkum performed an acoustic set of Kearney’s hook-laden songs on the stage of Columbus venue Via Vecchia.

“We have never done an event like this before,” said Nikki McCarthy after the event, which raised $26,000 for Sam’s Fans. More than half the attendees had never donated to Sam’s Fans before. “That’s huge because gaining new supporters is critical to the growth of our organization,” said McCarthy. “When someone like Mat Kearney brings followers we know they are passionate people and we hope they get on board and stay with us!”

Airstream was proud to sponsor the event that was live streamed into patient rooms at Children’s hospitals across Ohio. If you would like to join Airstream in supporting Sam’s Fans, more information can be found at their website, samsfans.org.