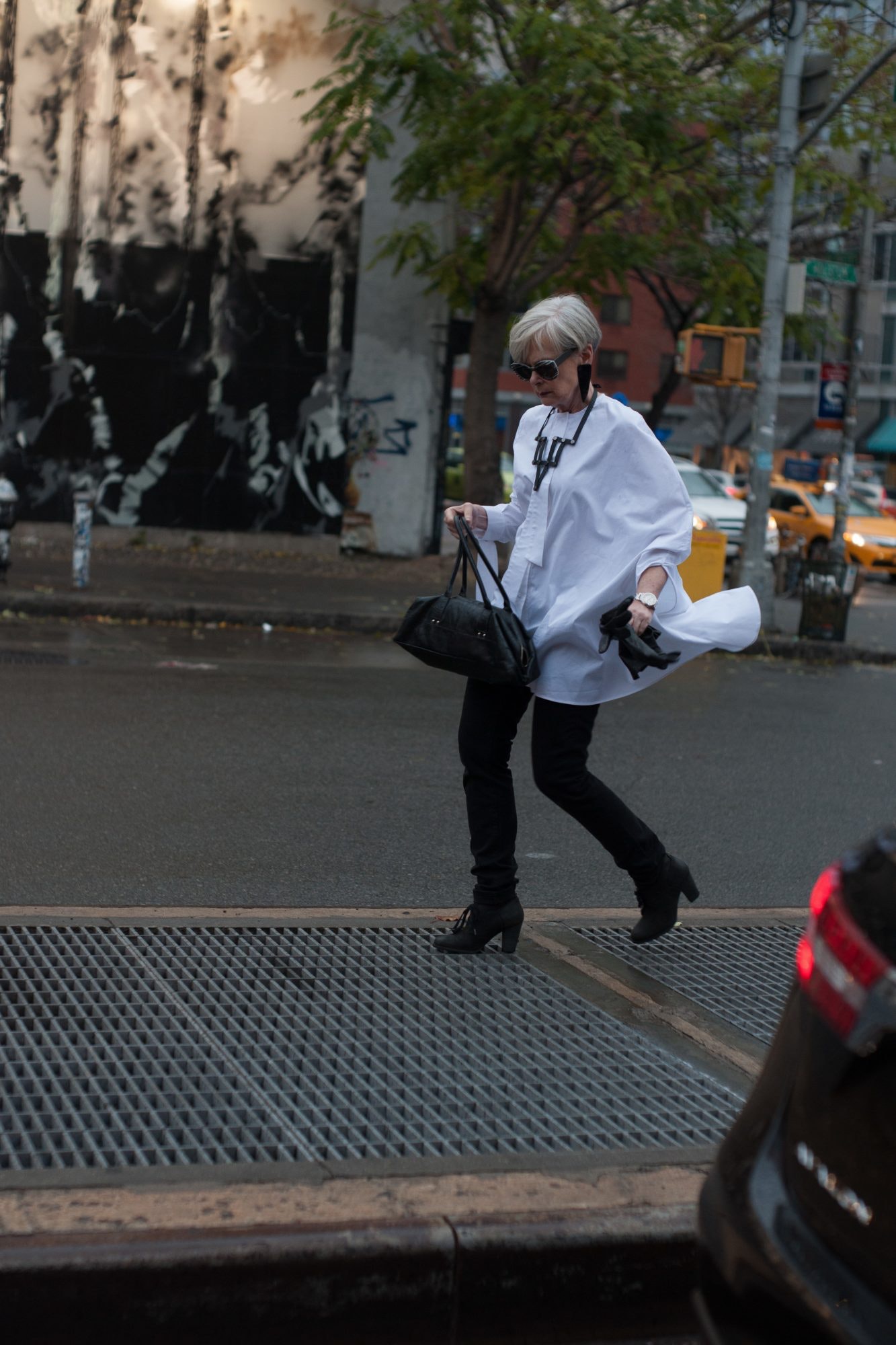 A Fordham University student on the “Rate My Professors” site wrote the following about Dr. Lyn Slater, Ph.D., in the Graduate School of Social Services:

“Comedic, complex, and challenging … Dr. Slater … is like Michelangelo painting the Sistine Chapel. She is brilliant and inspirational, but does not hesitate to lend scaffolding to those who ask for help. Dr. Slater empowers you to work hard, play hard, and love yourself in the process.”

Slater doesn’t typically read her reviews, but when I read this one to her in our recent interview she said, “What a poet!”

This from a woman who also told me this:

“There are two sides to me. I call it the art and science.”

What drew me to Slater was the art. She lives riveted to her creativity in the form of a fashion blog, one she decided to create when she found a void in her demographic.

“I couldn’t find a blog for a woman like me,” says the 62-year-old. “One who likes black clothes, is urban, and enjoys arts and culture.”

Enter Accidental Icon, Slater’s blog venture that provides a space for her to be expressive about clothes and how she moves in her life in the context of fashion. She has a matter-of-fact, engaging writing voice and the photos of her are monochromatic and elegant with a dash of drama. The focus is on shape, angles, flow, movement. And while the photos are posed, they come across as easy and effortless.

She tells me when she attended Catholic school she was intrigued by what the nuns wore – the clean black and white, the way the fabric draped. She also had an early penchant for drama and costumes.

“I’ve always been stylish,” Slater says. “My grandmother was impeccable.”

As we age, she says, we “make decisions about how we’re going to respond.” In her case, that has meant doing it as “naturally and nonchalantly” as she could. She let her hair go gray. She’s not addicted to wrinkle cream.

“But I did start to wear clothes in a different way,” Slater says.

Instead of embracing the invisibility that often comes with aging, she has become more visible than she’s ever been. Her closet is carefully curated, featuring pieces from consignment shops and thrift stores, but also boutique items from designers she loves. People consistently come up to her and say, “I like your style.” That includes a lot of young people, some of whom say they used to be terrified of aging until they started following the Accidental Icon on social media.

“We’re in a time where people are starting to crave authenticity,” Slater says. “They like hearing stories.”

They do. They find them instructive and inspiring. Slater knows how to convey hers with flair.

“I have this relationship with my clothes that makes picking them very easy,” she says. “When choosing, I think, what story do I want to tell today?”

It is worth noting here that this is a grandmother who, on any given day, may want to get on the floor with her granddaughter, but she is also an accomplished, well-respected professor. So the story she may want to tell on another day is that she’s professorial.

“There’s a fine line between being exciting and eccentric,” Slater says. “If I have an important meeting or presentation, I want people to say, ‘She doesn’t look like anyone else in the room.’ But it’s also important they can’t say, ‘She looks inappropriate.’”

Ditto if it’s a teaching day.

“I love being around young people,” she says. “They keep me young.”

That includes adapting to their form of communication. Slater says she wouldn’t be half as good at social media if her students hadn’t made her learn it.

“I did not have a lot of fear [of technology] because of them,” she says.

It’s where her sides intersect a bit. The art feeding off the science. Her 15 years teaching at Fordham comes after first earning a master’s in criminal justice. She was influenced by growing up in a time of fear, violence, serial murders, and the Cold War, and decided to apply her intellect to it. Originally interested in the crime aspect of violence, she experienced a shift when she began working with troubled, often truant adolescent girls in the early 1970s.

“I was very interested in empowering those girls,” Slater says. “They were in a 100 percent locked-up place. The criminal justice system was not the way.”

That was her path to social work, which she calls “at its essence” the study of the transaction between a person and his or her environment. She has co-authored (with Kara Finck, J.D.) a book called “Social Work Practice and the Law”; its summary says it is “a powerful call for social workers to be passionate and skillful advocates for their clients.”

“I’ve always had a really creative way of doing the work,” Slater says.

In the face of academia becoming more corporatized, she began searching for a way to let her art side run free while staying within the rules of what she can publish contractually. On the ‘about’ page on the Accidental Icon site, here is part of the philosophy Slater articulates:

She is the woman who …

Is somber, seductive and romantic.

“I love writing this freely,” she says. 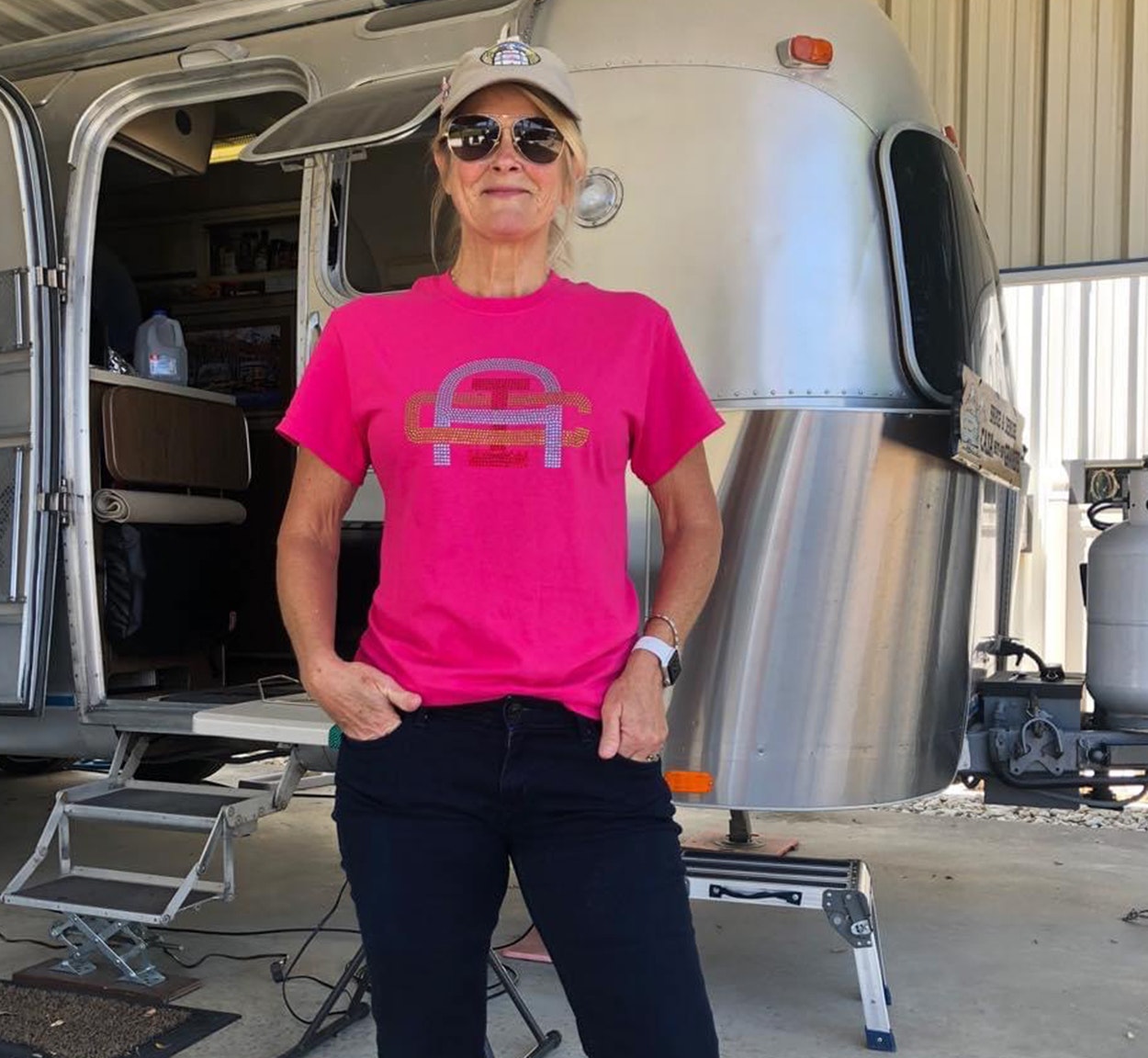 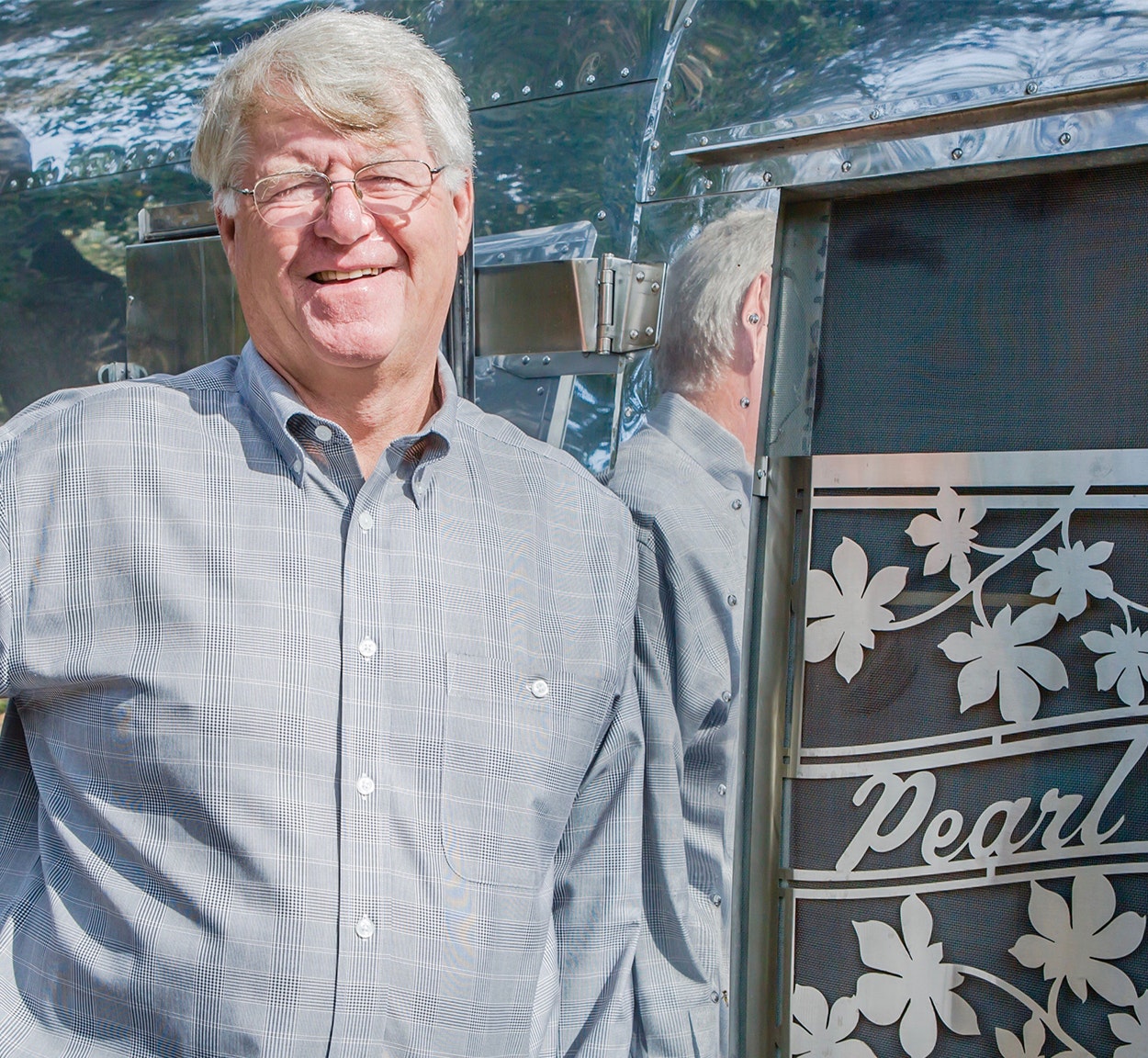 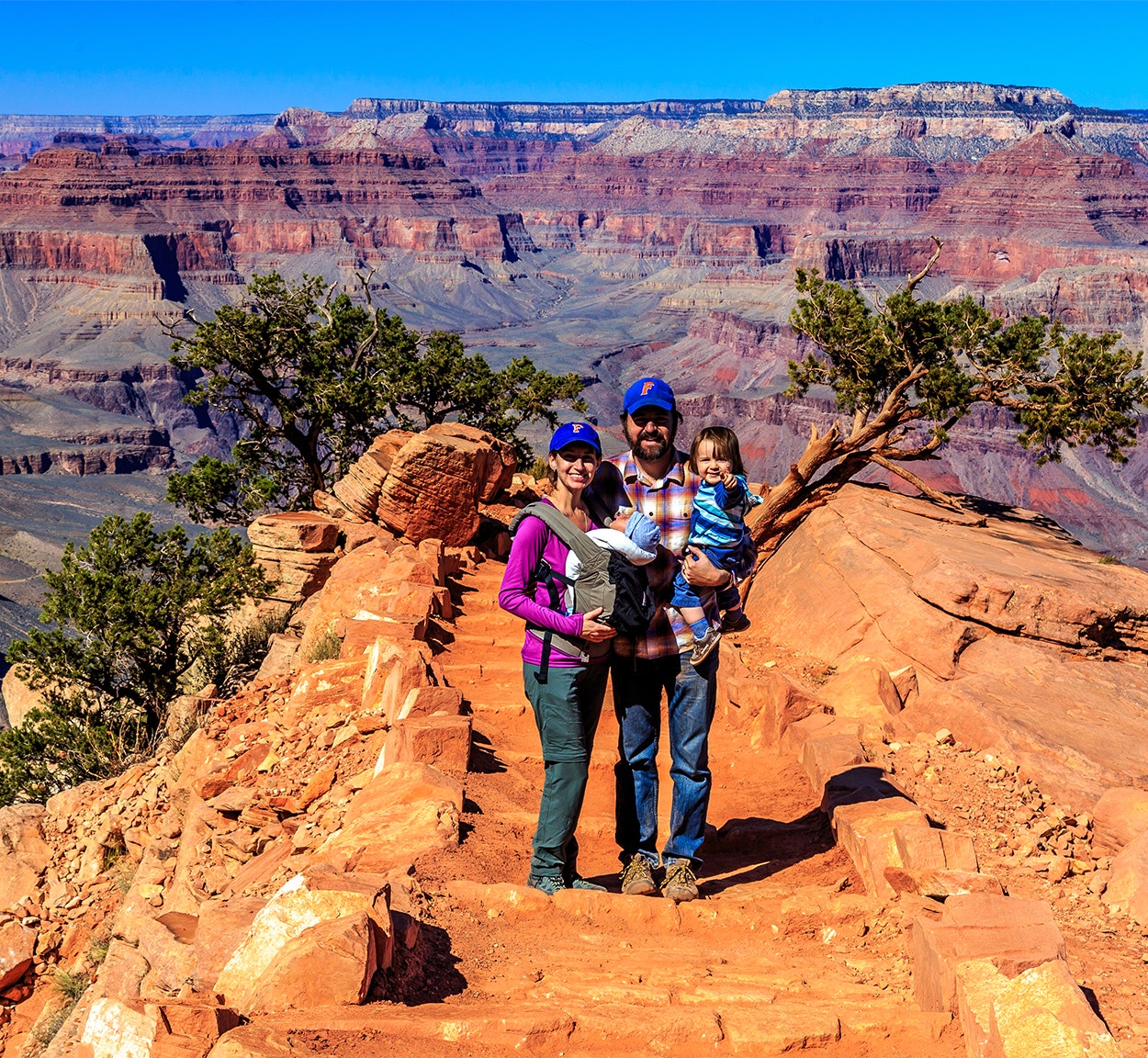 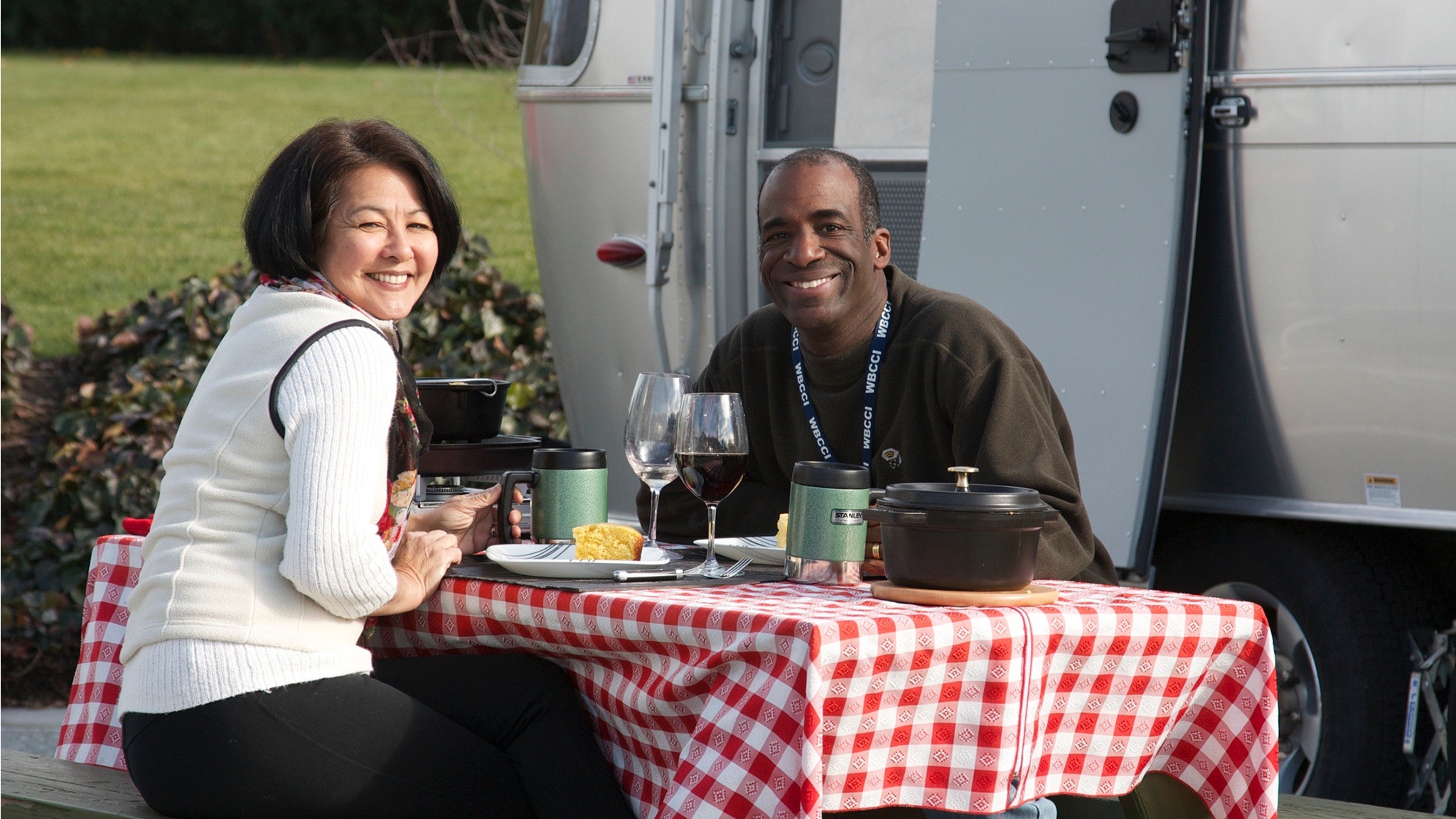 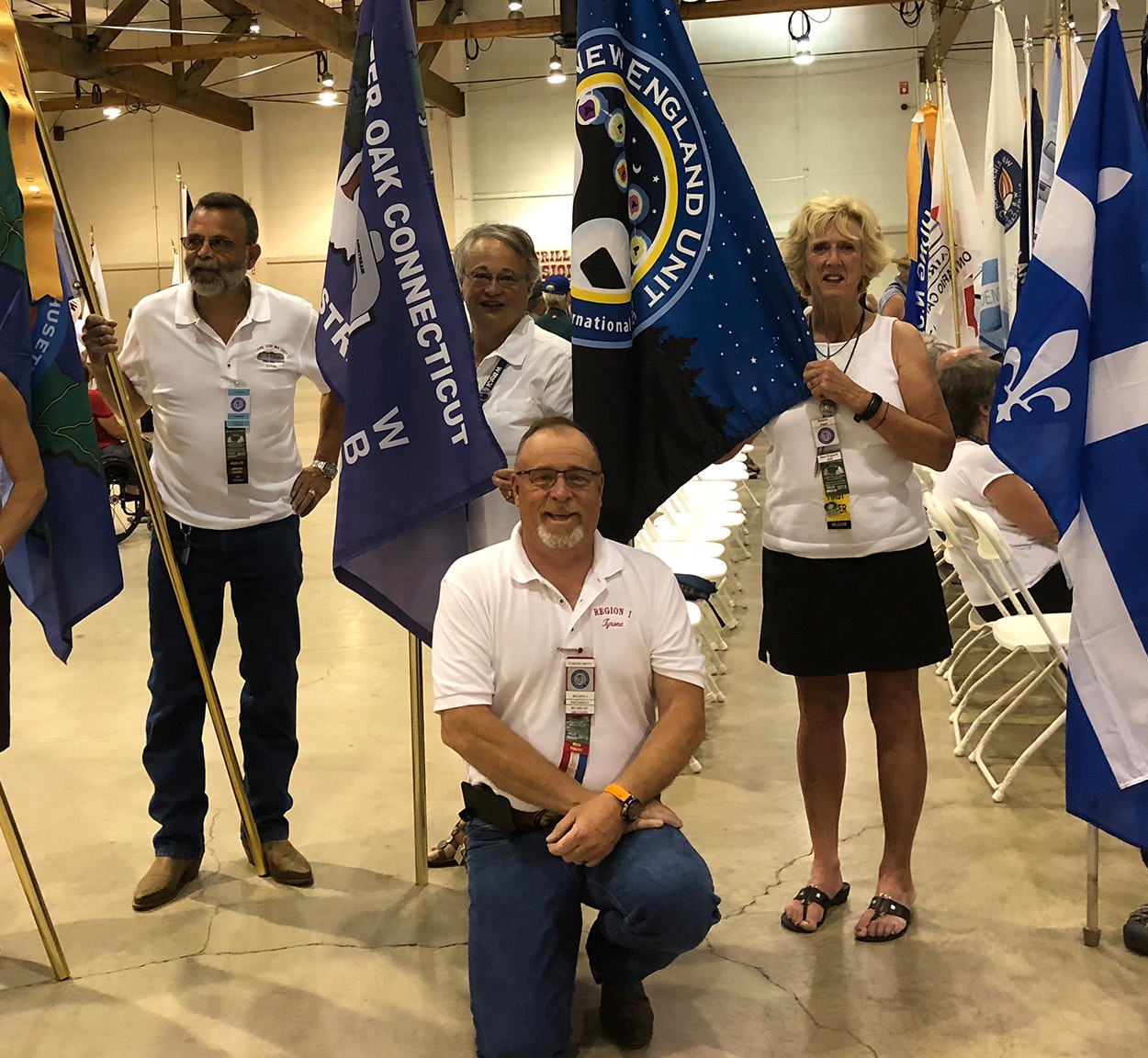