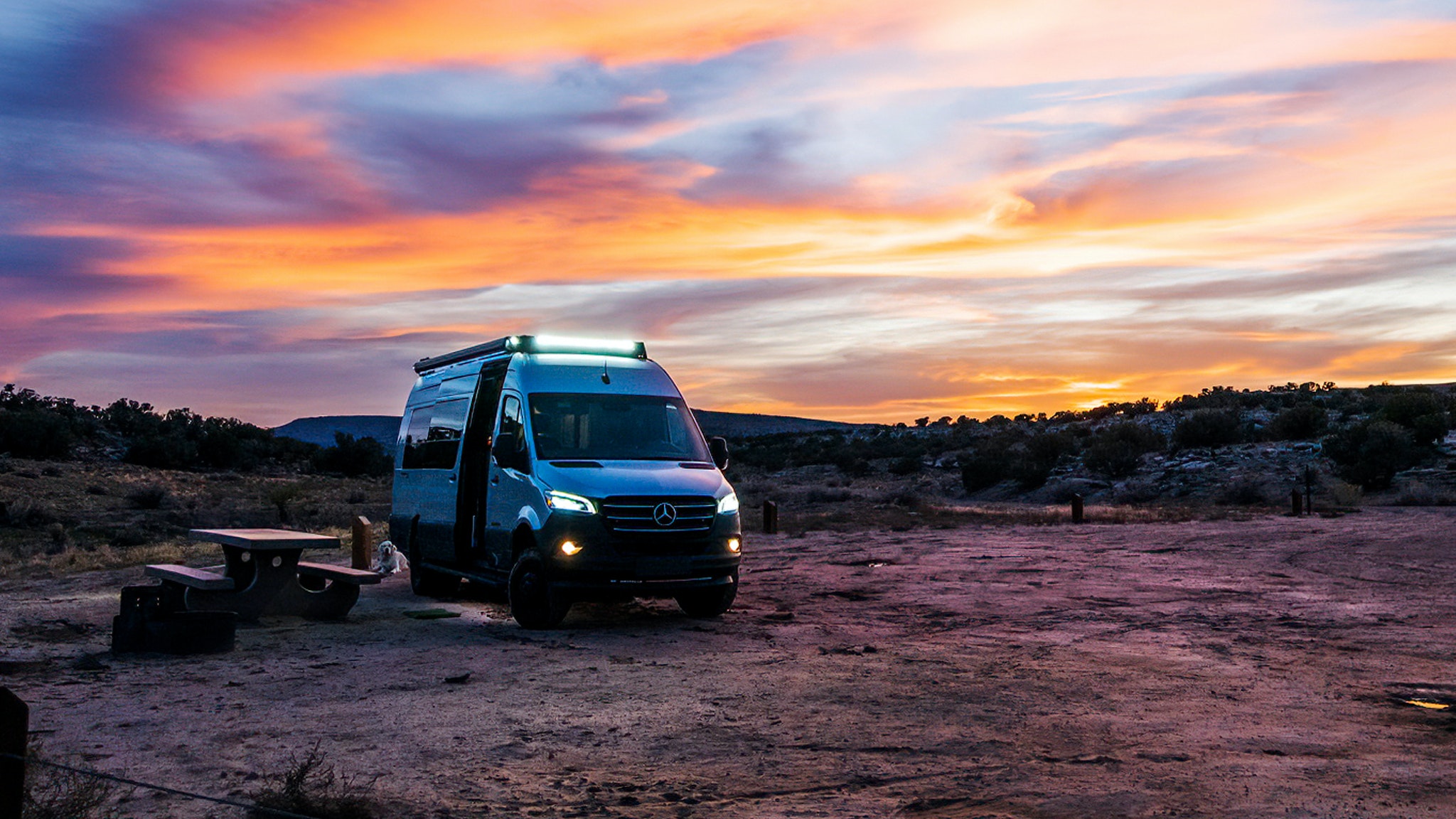 One adventurous couple, two 70-pound dogs, and an insatiable appetite for exploration make for the adventure of a lifetime. For Mark and Marji, the Interstate 24X is the perfect way to make their travel dreams come true.

A successful Airstream adventure is equal parts planning and embracing the unknown. The joy of this kind of travel rests in your ability to follow your internal compass – to turn off on that side road to see what’s at the end or stop in that little town along the way to discover new delights.

Just like any great Airstream adventure, when you’re shopping for a new Airstream you do well to embrace the unexpected. The model you have your eyes on might be replaced by something different when you start to dig into the details. Luckily for Mark Weidman and Marji Ackermann, they were open to the possibilities while shopping for their first Airstream. That openness led to the beginning of their adventures in an Interstate 24X. 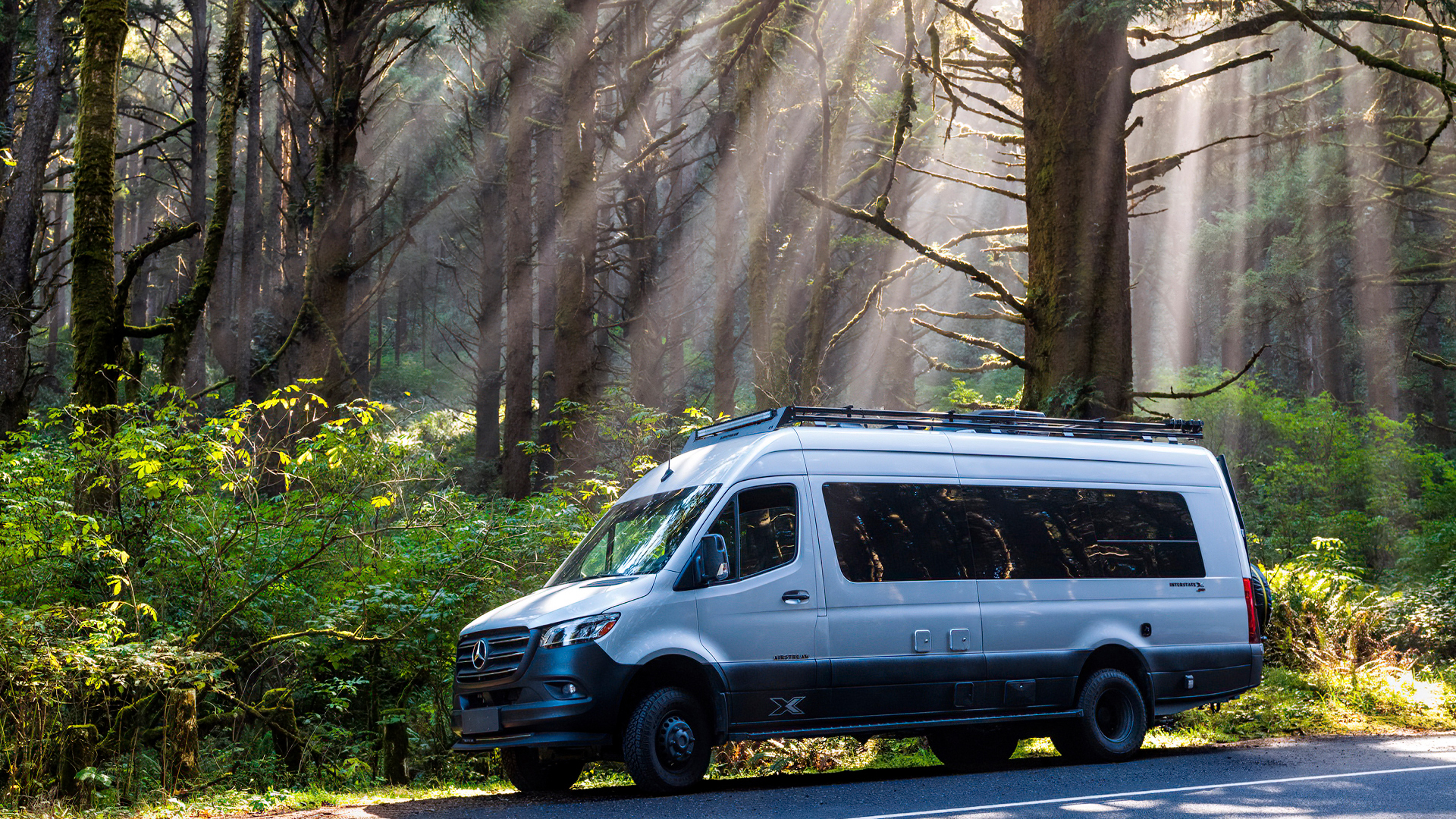 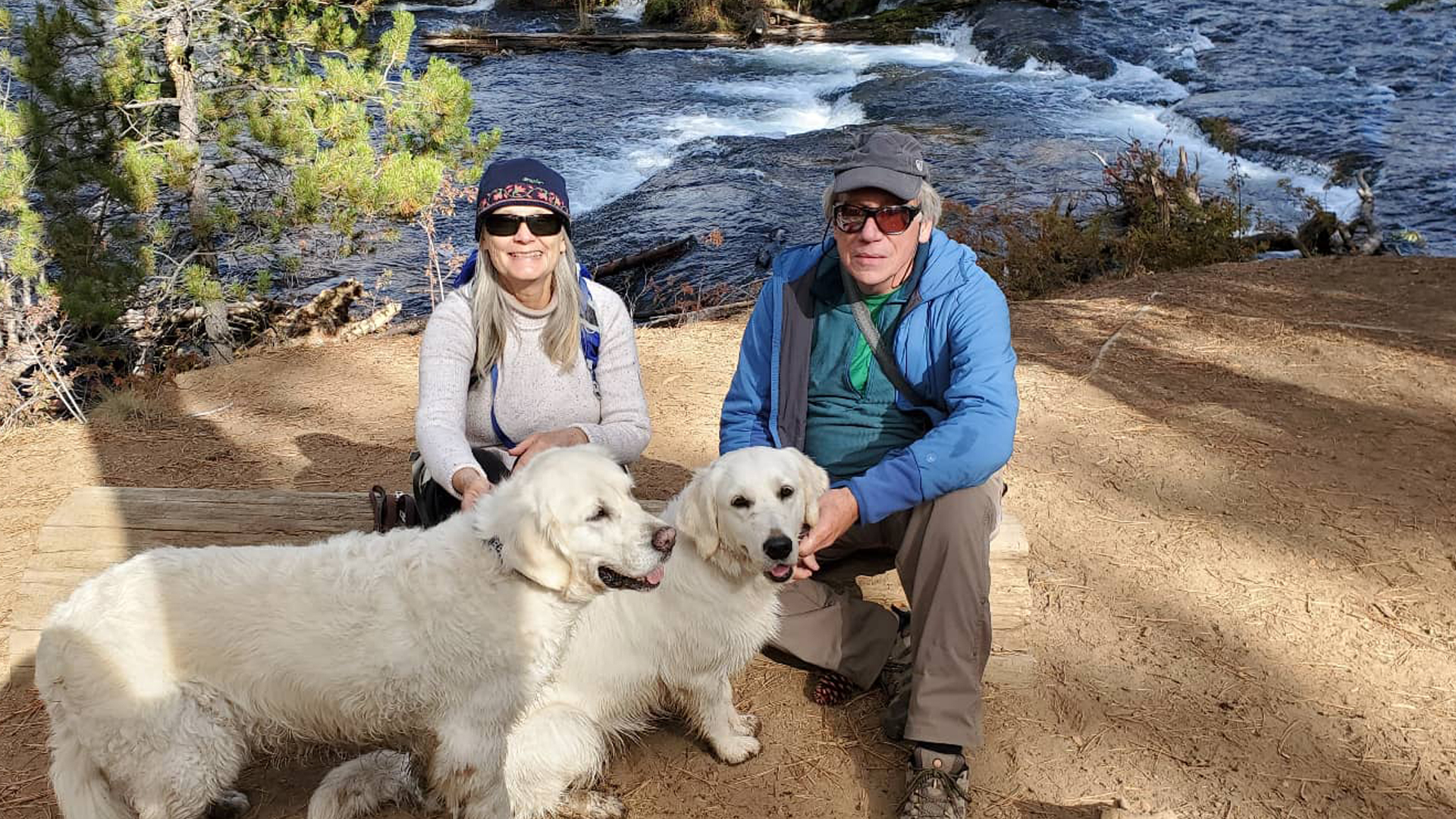 “We knew Airstream had this great reputation, and I’m of the mindset that if it’s possible you should always get the best you can afford,” said Mark of his philosophy behind purchasing an Airstream touring coach. “As we were on the hunt, Airstream announced the new Interstate 24X. We watched the walk-thru video three times and I was sold.”

For this adventurous couple, the Interstate 24X was the perfect blend of features, space to relax, and off-grid capability. At 67 years old, Mark is no stranger to camper vans. Years back he converted a Ford Econoline van into a camper and later he owned two Volkswagen Vanagons. 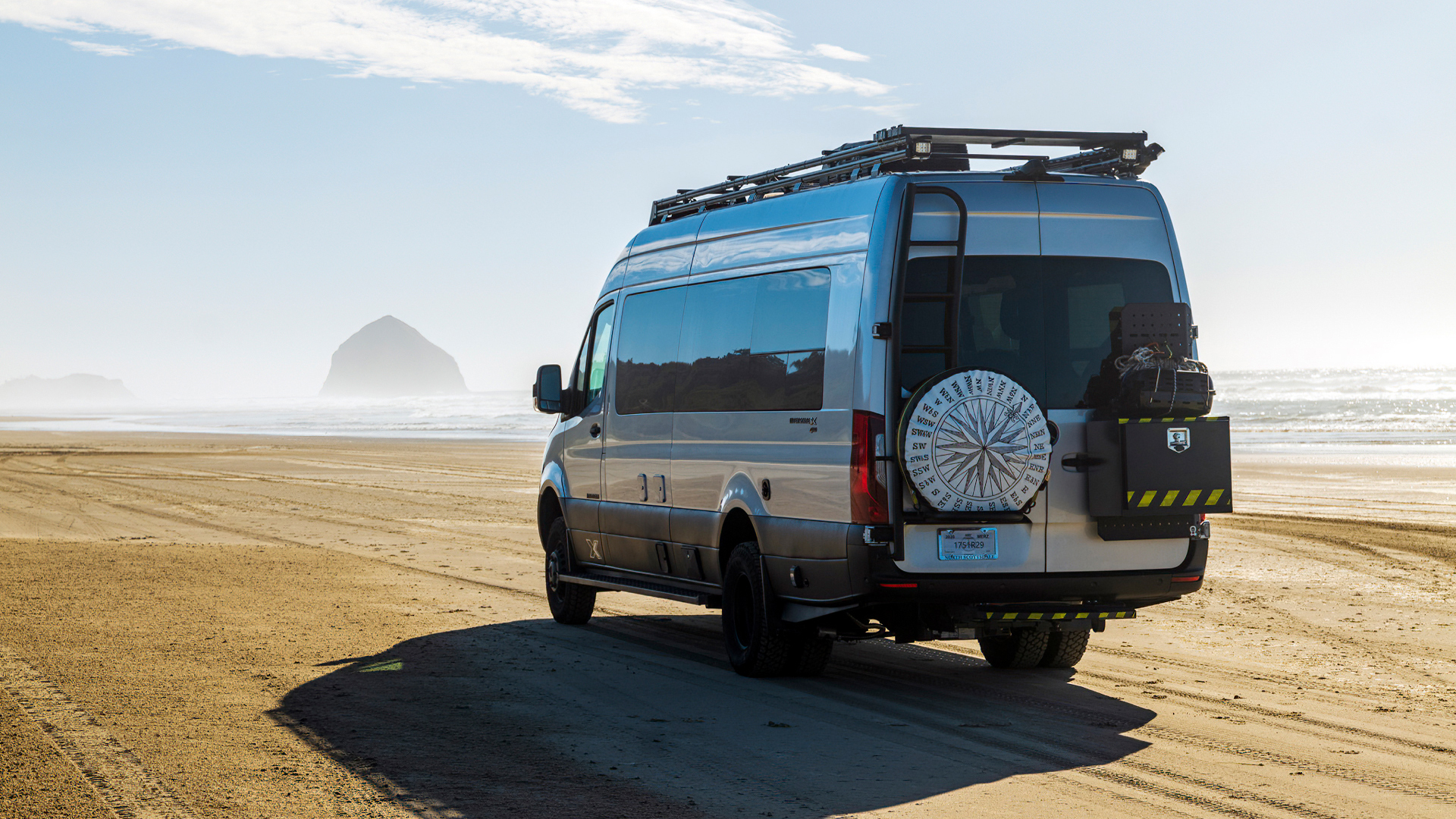 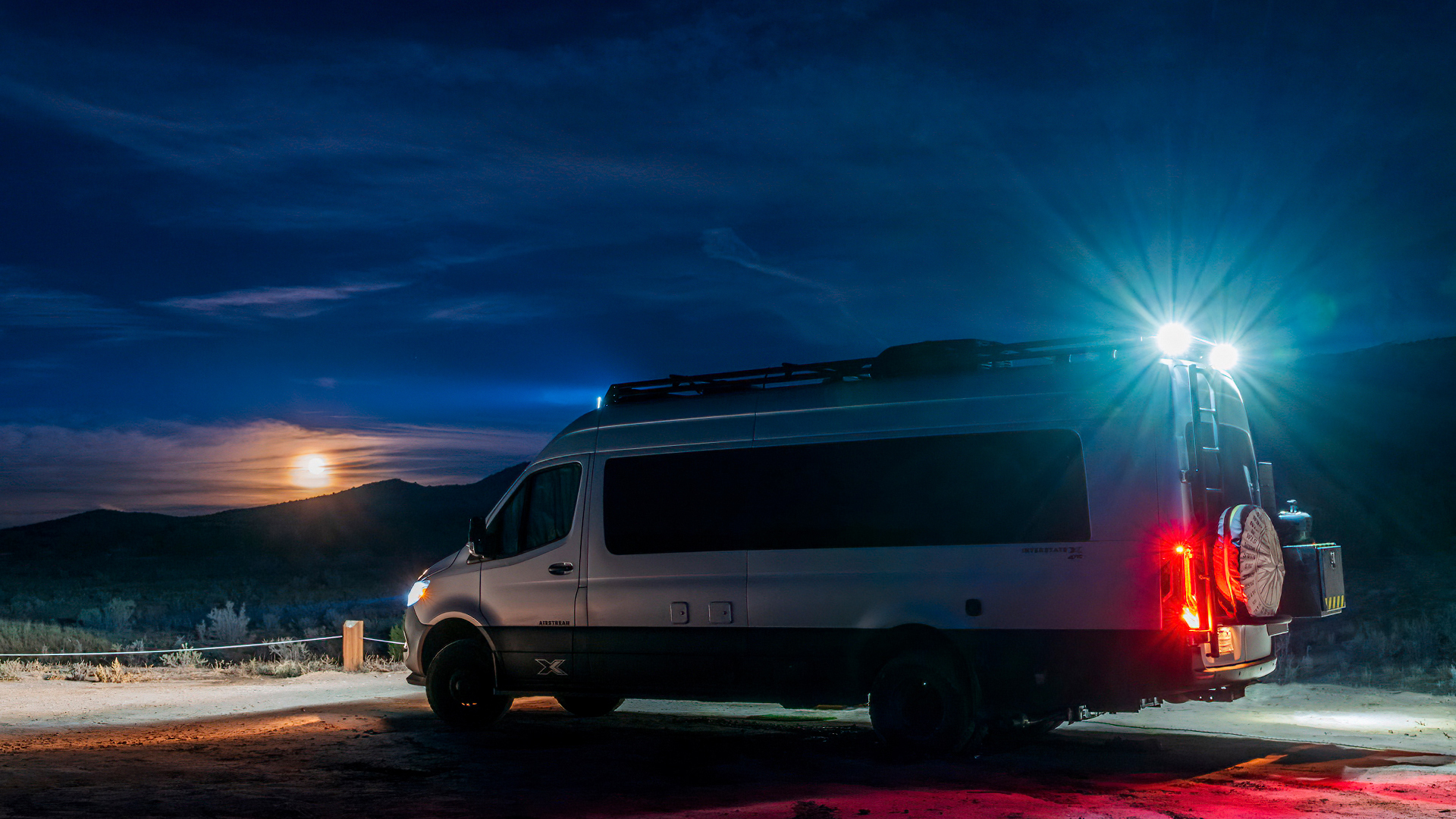 “We were really interested in the boondocking capabilities and the four-wheel-drive,” said Mark. “We didn’t want to have to tow a trailer, and I didn’t want to buy another vehicle to tow with. I researched on the internet and looked at the competitors, but kept coming back to the 24X for all the features.”

An avid cook, Marji loved the kitchen in the Interstate 24X. Ample storage for ingredients, cookware, utensils, dishware, and more put everything within arm’s reach. Plenty of counter space next to the deep sink (which can be covered, along with the stovetop, for even more room for food prep) meant Marji could spread out and enjoy the preparation as much as the meal itself.

“A lot of times I had the sink open and the cover on the stove,” said Marji. “It made it really easy to chop vegetables and prepare what we were having. And there’s plenty of space in the galley – I never felt scrunched at all.” 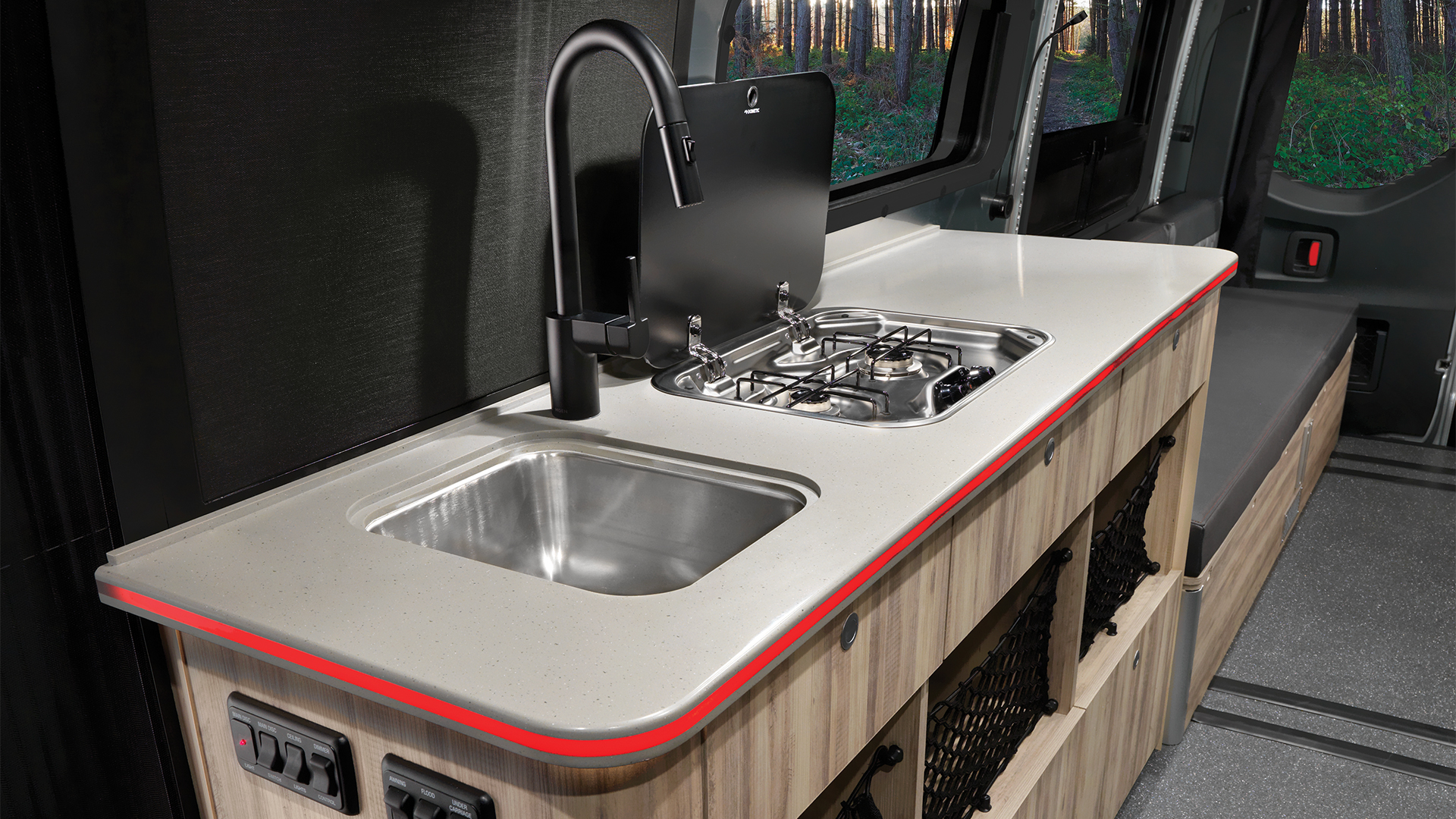 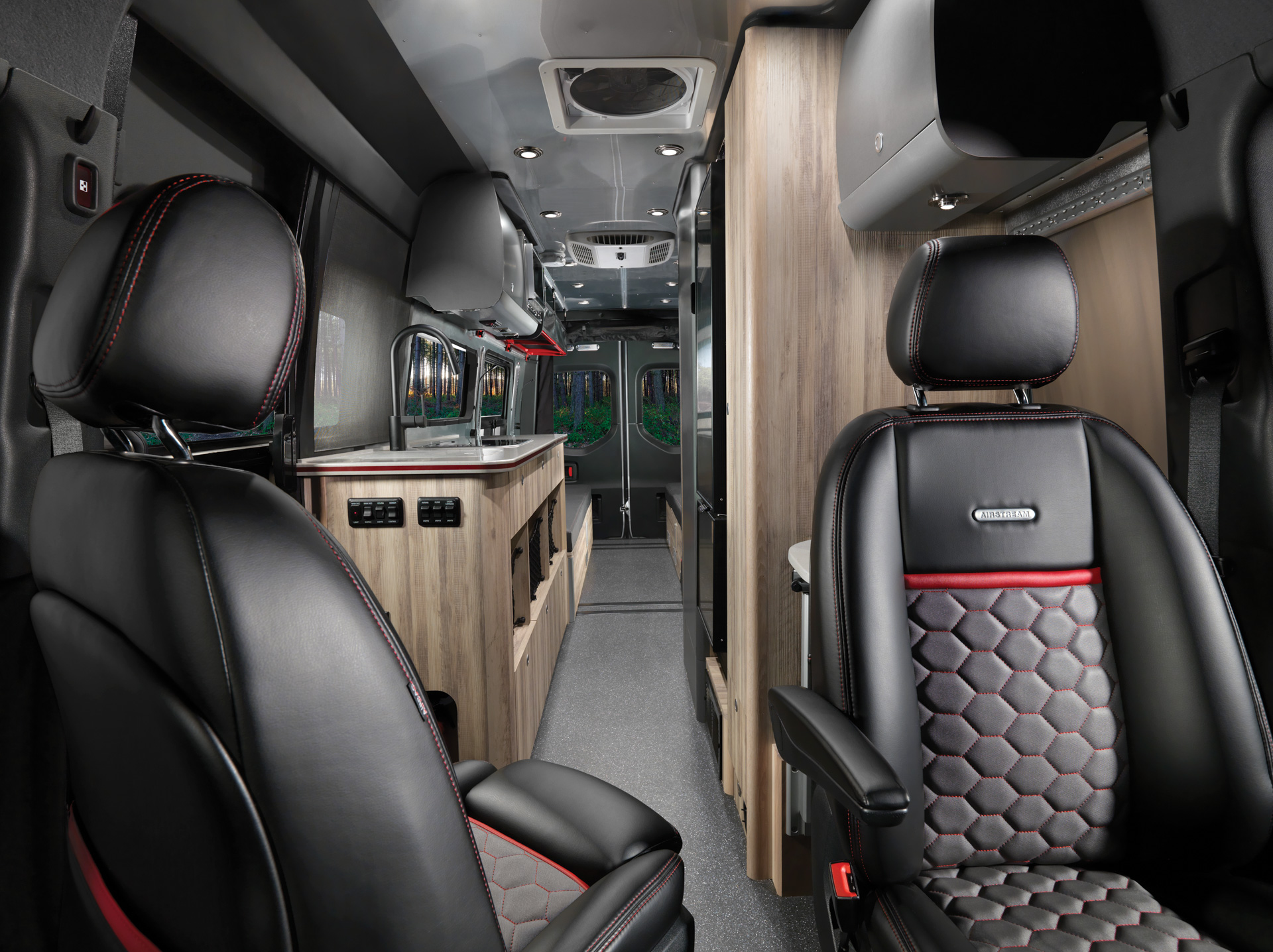 Beyond the kitchen, the large bed meant the couple (and often their white golden retrievers, Ani and Mekah) could grab the perfect night’s rest before their adventures continued the next day. Four hundred watts of solar harvesting capabilities in the roof-mounted solar panels meant boondocking was a breeze, while the clearance under the vehicle meant the couple could travel even further afield.

But it was the exterior shower that proved to be one of the most useful features, when Ani and Mekah decided that an algae-covered lake would be a great place for a dip – and came out looking like they’d been spray-painted green.

“They got in this reservoir, and we didn’t know it until it was too late!” laughed Mark. “The exterior shower was pretty handy that day.”

After taking delivery of their Interstate 24X, Mark and Marji hit the road almost immediately. Friends and fellow Airstreamers urged the couple to take a two- or three-day trip close to home, but the call of adventure was too hard to resist. Knowing that winter would be fast approaching, the couple began planning an epic maiden voyage from their home in Salida, Colorado up into the Pacific Northwest. 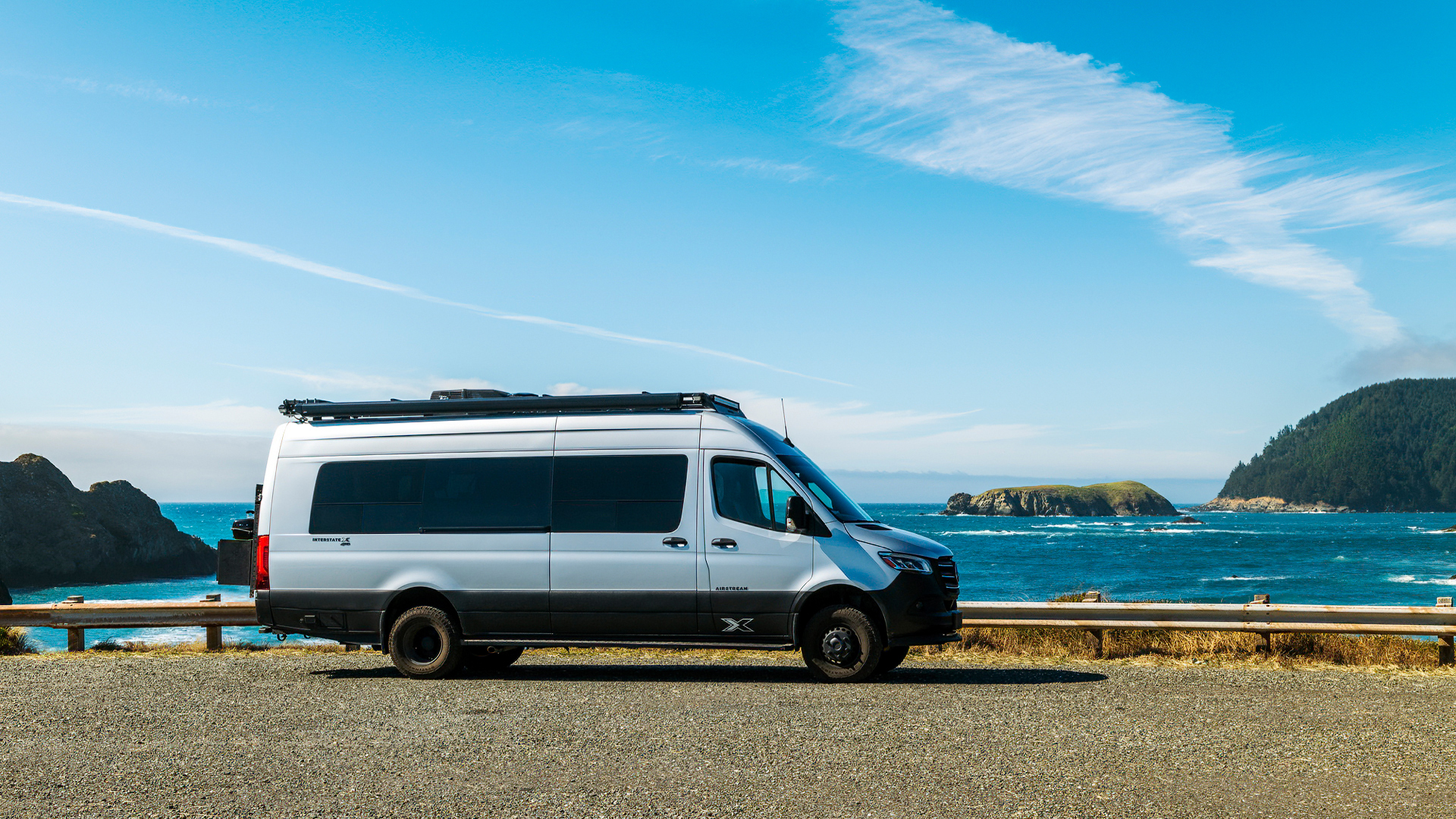 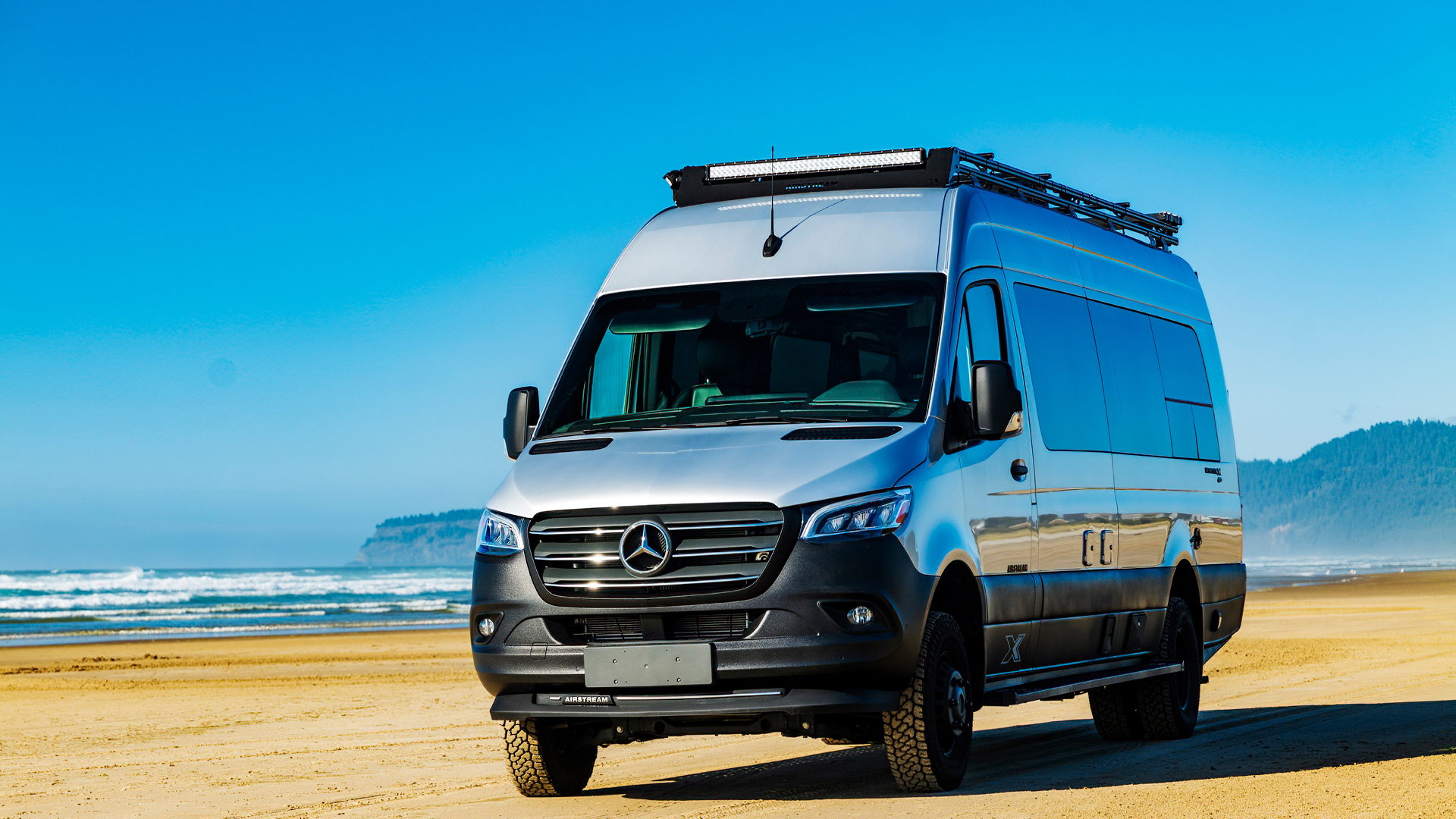 “We got the 24X at the beginning of September, and we’d had it for about a week before we hit the road for a five-week trip,” remembered Mark. They traveled to remote locations as well as venturing into the city, indulging their love of the outdoors as well as their desire to experience the best of the big cities. “We wanted to visit the Japanese Gardens in Portland, and we had early morning tickets. We wanted to stay close by, and we found a hotel where we could stay and park the Interstate overnight. Driving into the city was a breeze, and parking close to the gardens meant we weren’t scrambling in the rush hour.”

Power, Performance, and the Capability to Go Just About Anywhere

When they weren’t indulging their desire to experience urban adventures, Mark and Marji found plenty of ways to experience the best of the natural world.

“I enjoy visiting the city, but I always prefer a country road somewhere,” said Mark. “We were driving in the Columbia River Gorge looking for a place to let the dogs out, and followed our GPS to a wilderness area up a dirt road – there were a series of tight turns, but the van handled it beautifully. Ironically, when we reached our destination, we discovered we could have taken a paved road, but we would have missed out on the fun of taking the road less traveled!” 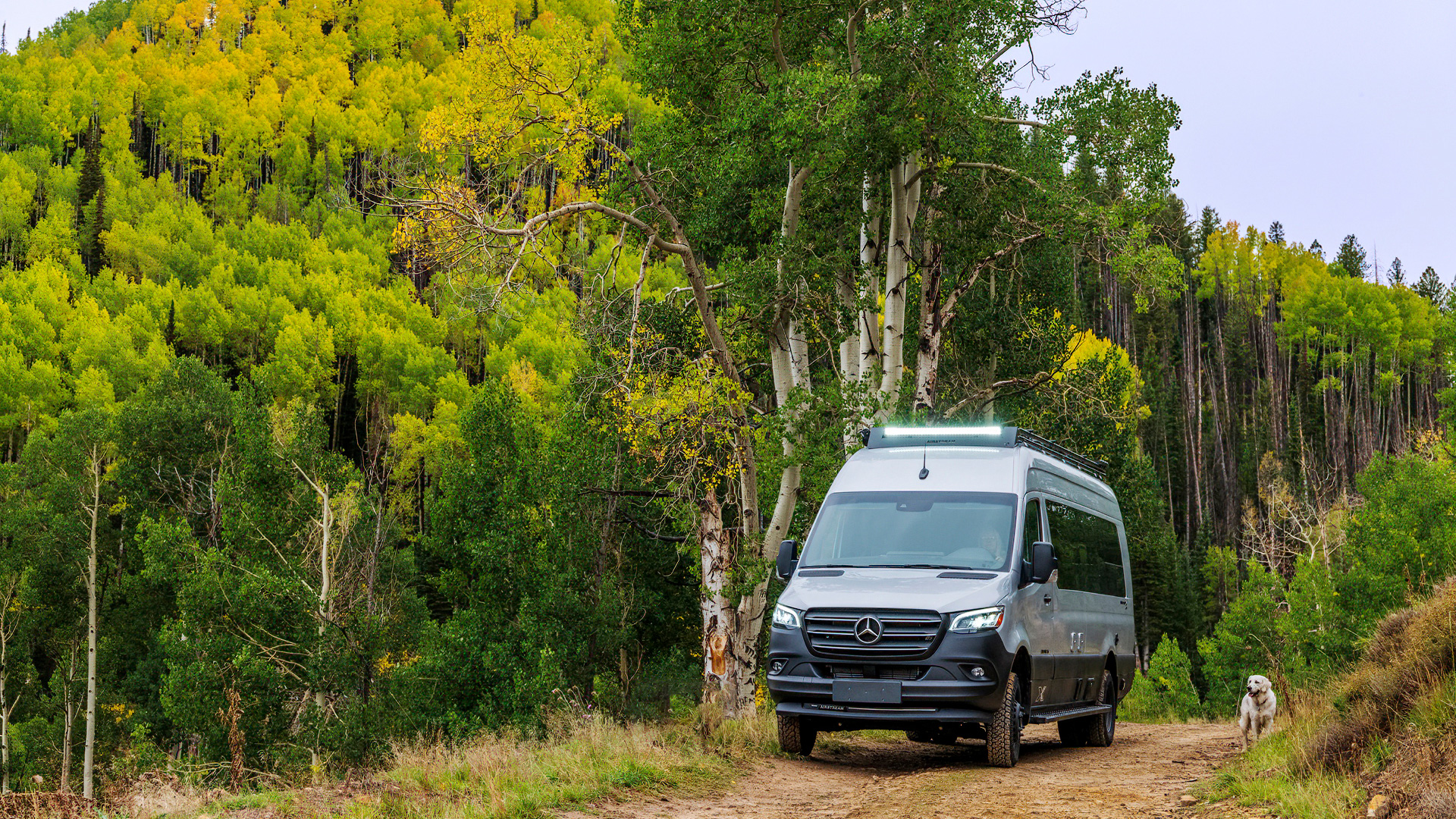 “We appreciate the clean design,” said Marji. “It really feels designed for people who want to spend time outdoors. The captain’s chairs are comfortable, it’s easy to clean, and we love the storage.”

They love it so much, that Mark and Marji are already planning their next epic adventure – this time into Alaska.

“It’s a whole different world up there,” said Mark. “It’s unique – once you’re out of Anchorage you can pull over and camp just about anywhere. There’s really nothing like it.”

Dreaming of your own Airstream adventure in a Class B motorhome? Start building the touring coach of your dreams with our Touring Coach Configurator tool. 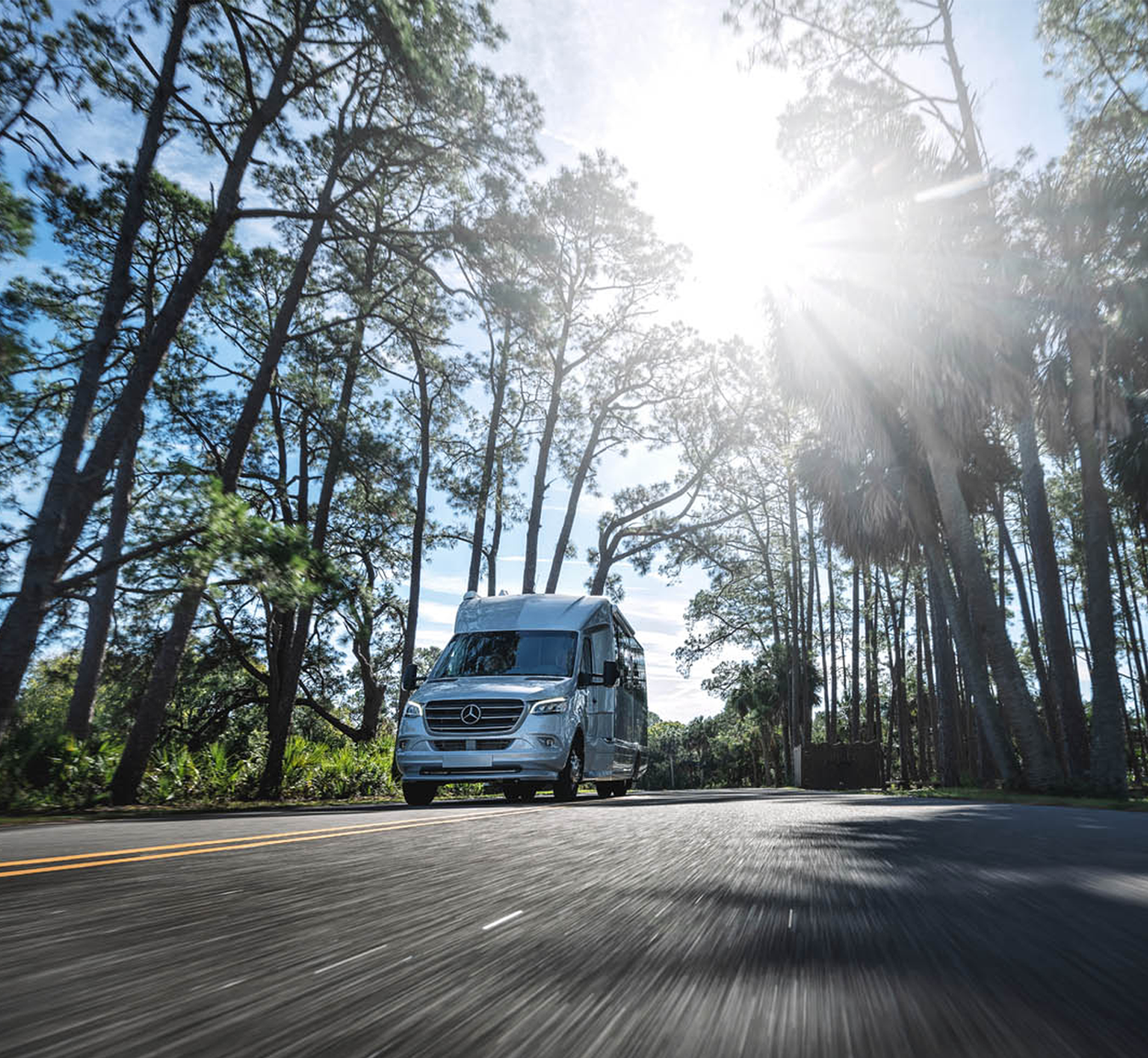 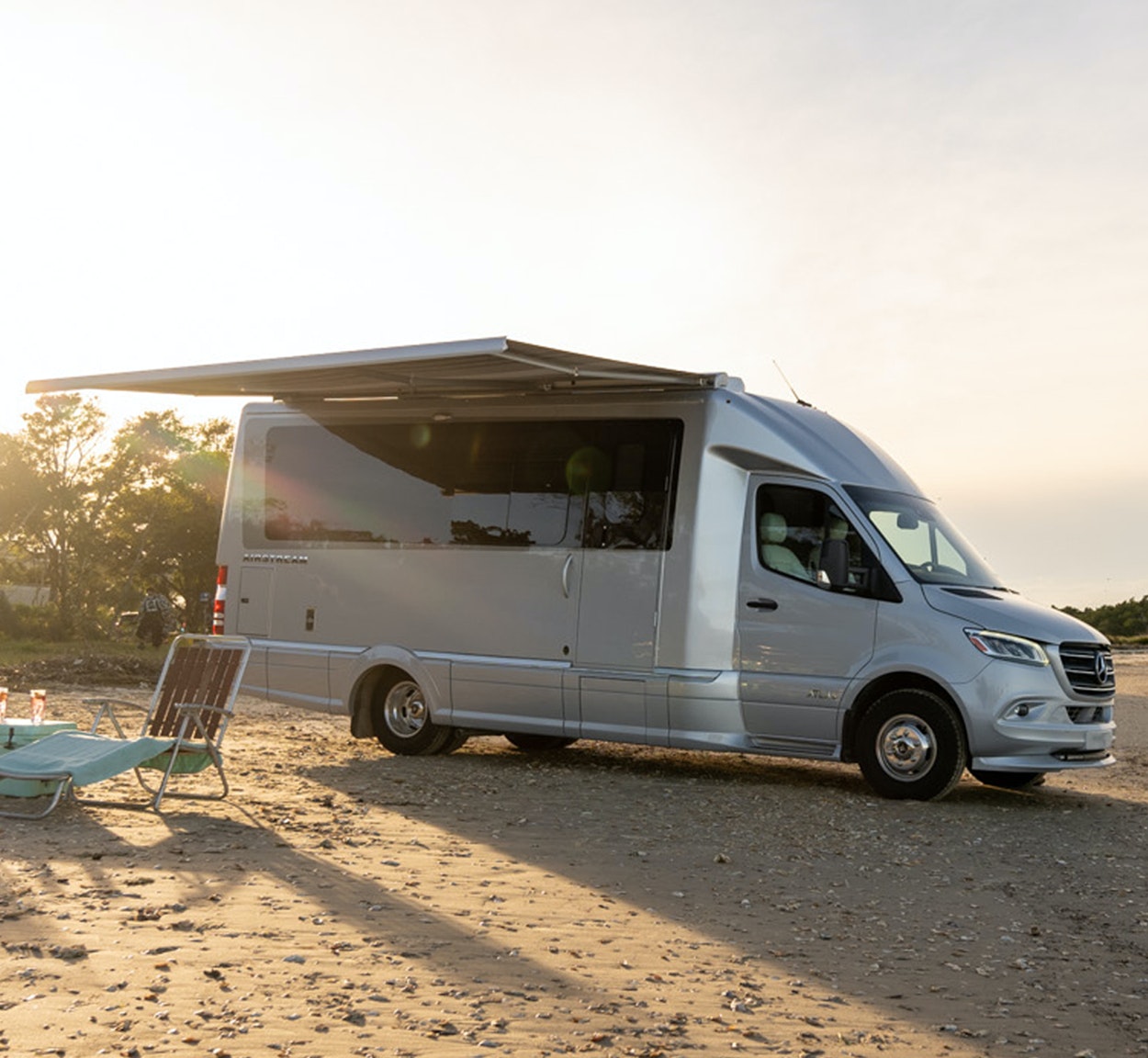 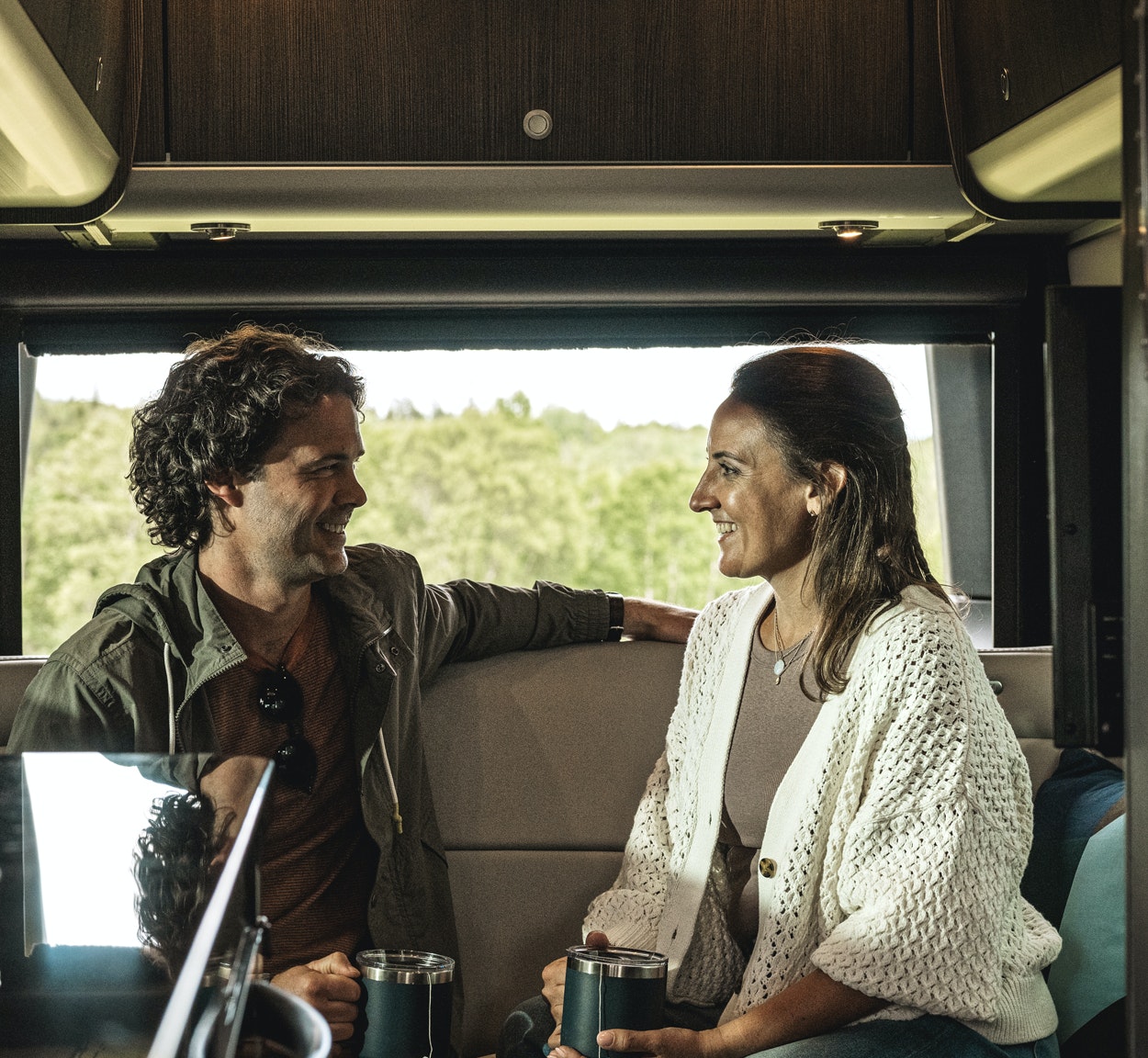 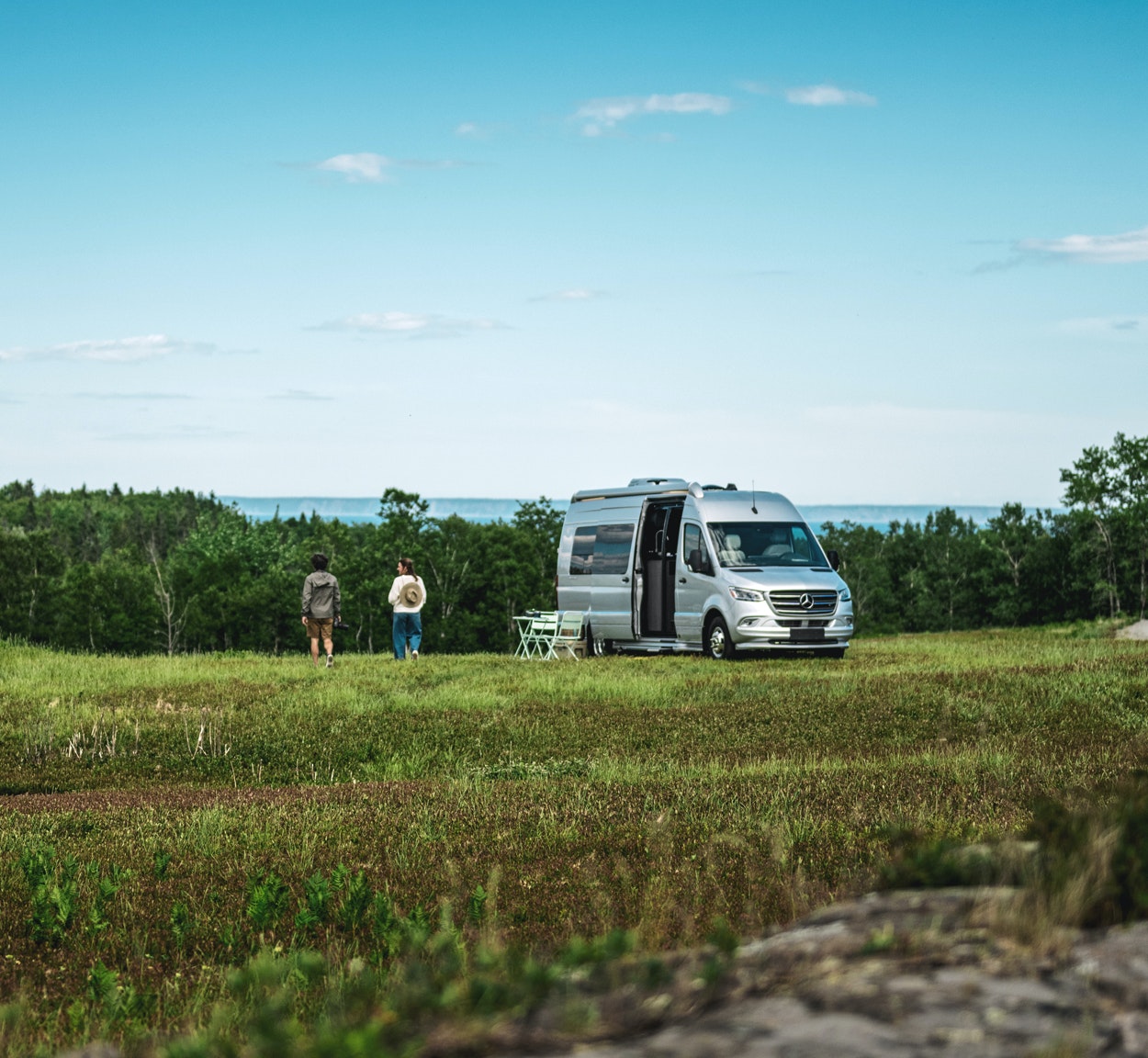 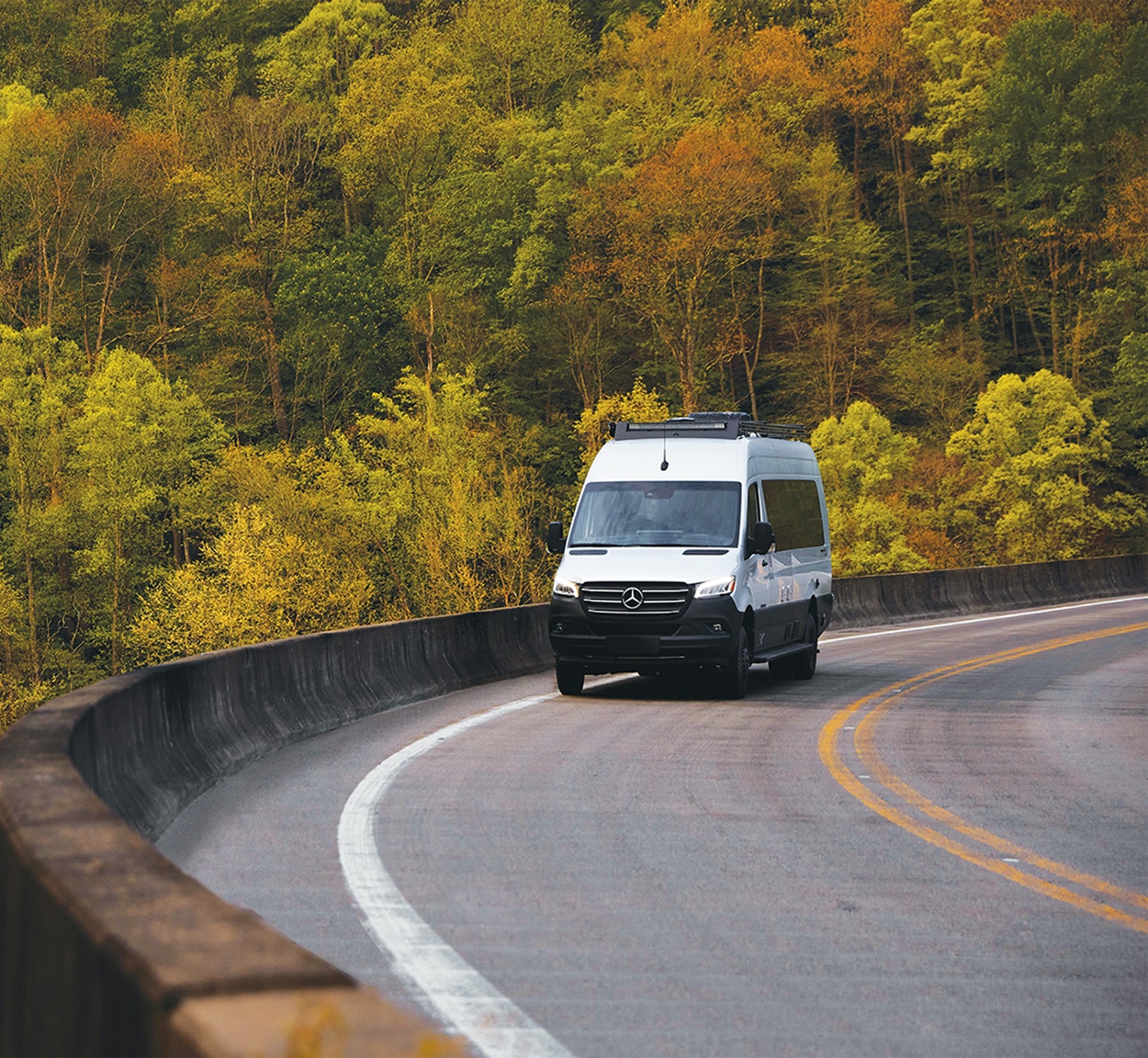 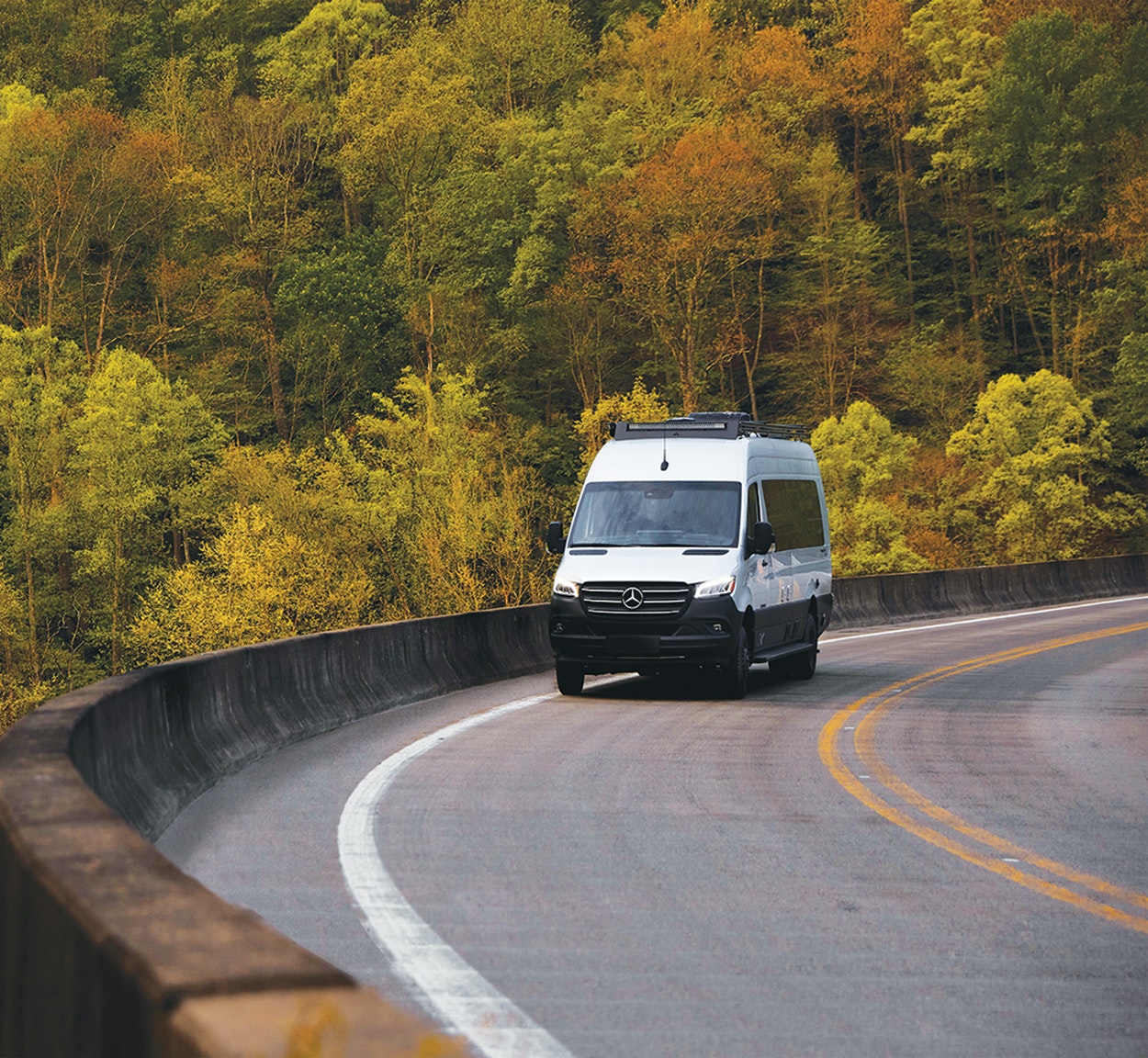 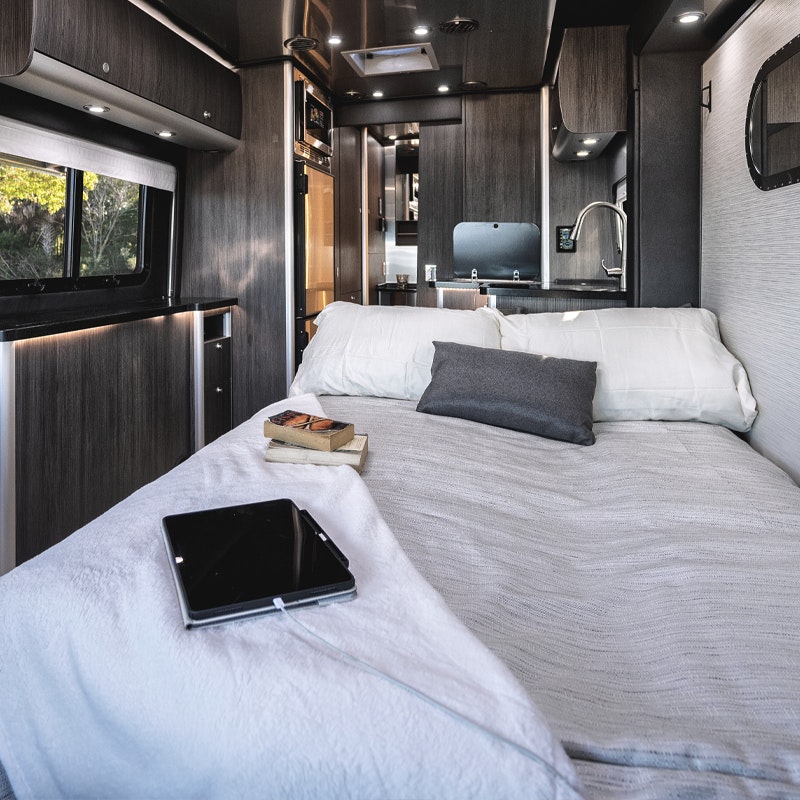 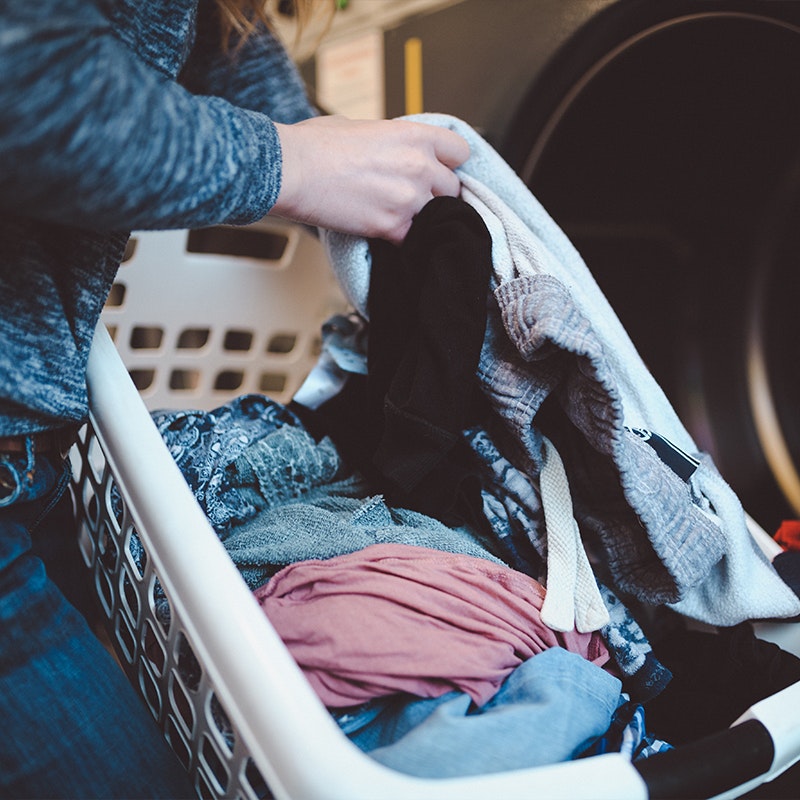 Laundry in Your Class B RV 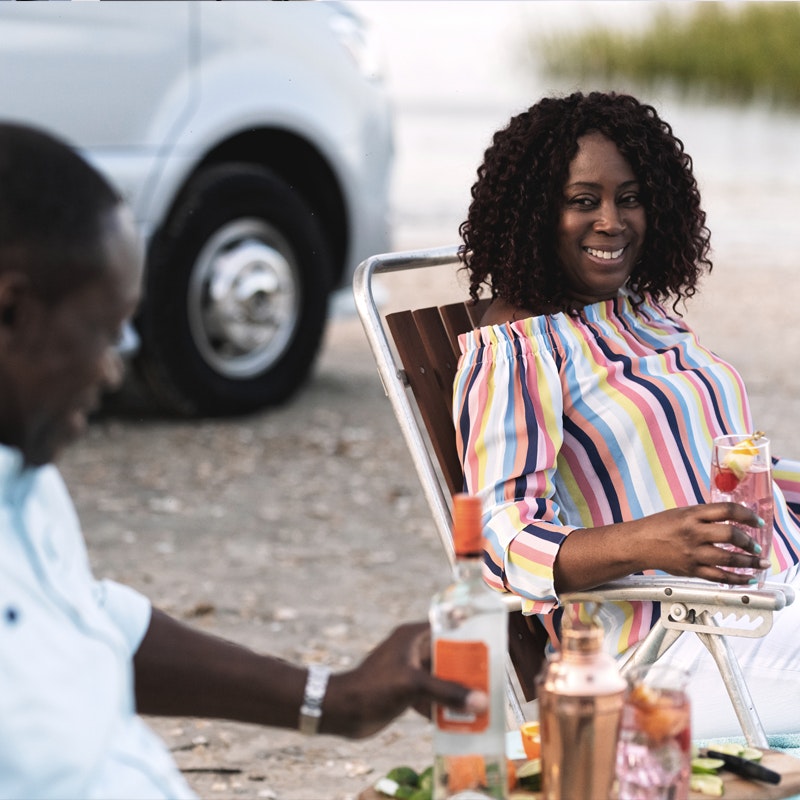 How to Find the Perfect Campsite for Your Airstream...