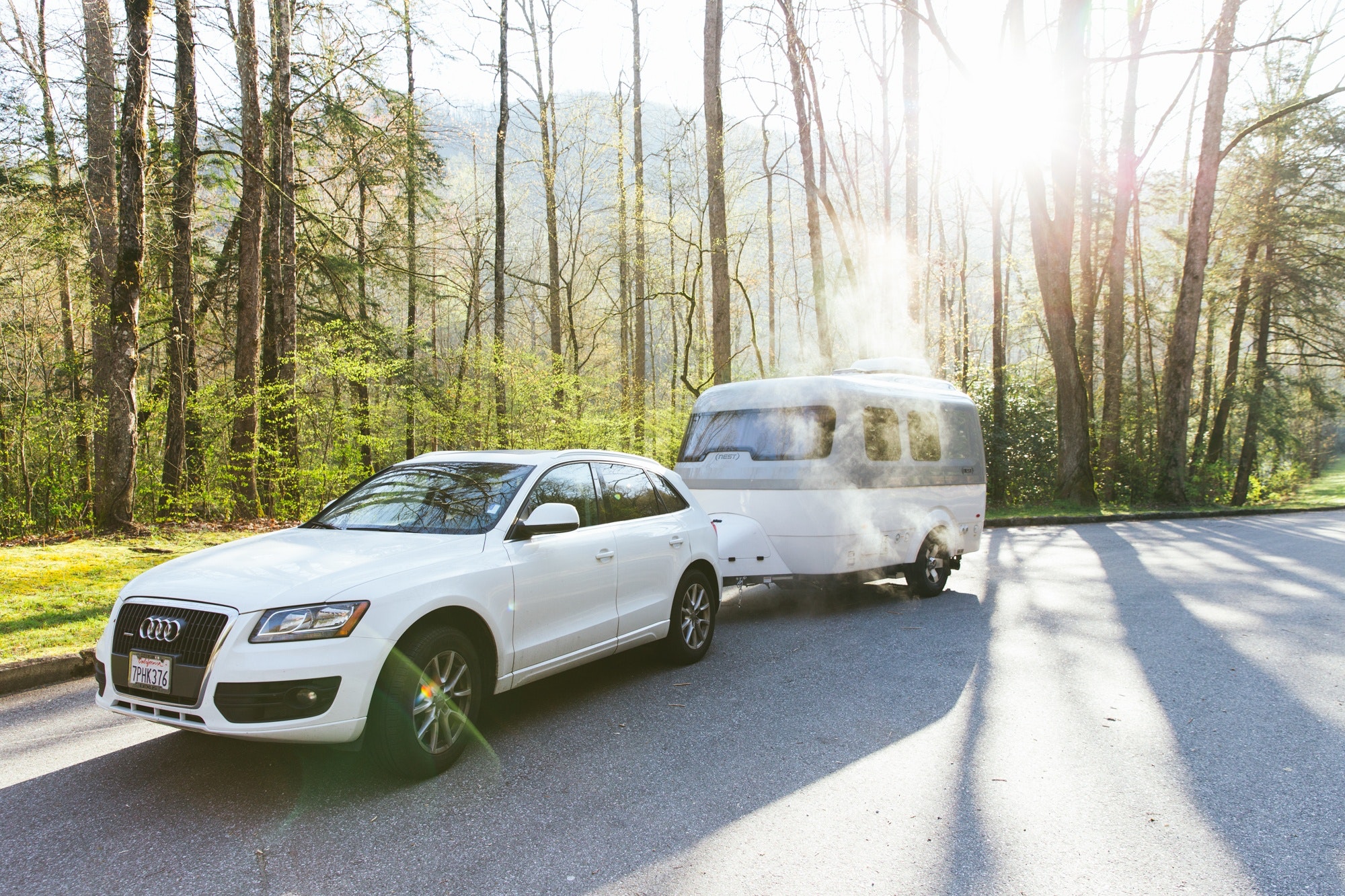 Photographer Laura Austin is on a special #EndlessCaravan trip in the all-new Nest by Airstream. Coining the term “solo road trip,” Laura is familiar with traveling alone, but never isolating herself in the process. This trip is part of her mission to meet new people from all backgrounds and walks of life, telling their stories in a series called “I Am Human.” Read more below and check out this video for a look into her first week on the #EndlessCaravan journey. 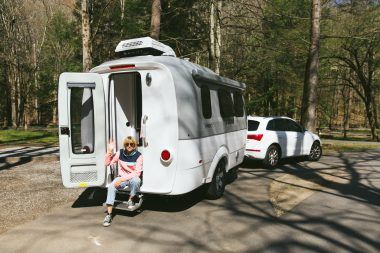 After growing up in small mountain towns in Colorado and Vermont, but now living in Los Angeles, I have a constant need to escape the bustle of the city and reconnect with my roots… nature. That being said, I have been to my fair share of National Parks over the years. However, I’d never actually traveled to the most-visited park of them all, the Great Smoky Mountain National Park, until I hit the road in Nest. 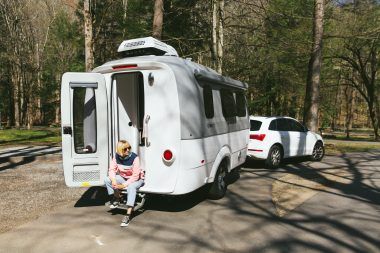 After picking up the trailer at the Airstream headquarters in Ohio, I made my way south with the Smoky Mountains as my light at the end of tunnel (at least the first of many tunnels to go through on this two-month adventure around the country).  I only had enough time to spend a night and one day in the park, so I did a little research to try to pick the best of the best in order to maximize my time there. I discovered that Route 441, also known as Newfound Gap, is one of the most scenic drives in the park, so I started there and built my adventure around that. 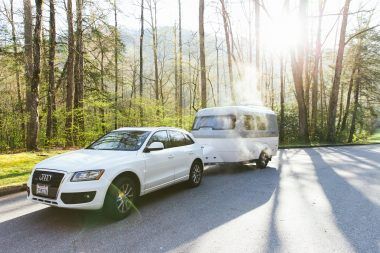 Situated at the bottom of a curvy mountain pass as you enter the park from the town of Cherokee, I found a great little spot for the night called Smokemont Campground. They don’t have any hookup options for trailers, but they do have pull-through spaces for those of you who want to avoid backing in. The campground was in a quiet grove filled with tall trees and a creek running to the side that appeared to be great for fishing. If you happen to stop there, I recommend hiking the mile-long Smokemont Trail that starts right in the campground. It is a nice little leg stretch after a long day of driving, and a warm-up for some of the more serious hiking in the park.

After sitting and having a cup of coffee outside the trailer and watching the sunrise, I loaded up and set out for the hike I planned that day. This being my first time pulling a trailer, I was skeptical about pulling the 16’ Nest over a mountain pass with my Audi Q5, not knowing how steep Route 441’s grade is. However, I pulled the trailer with ease through the park. After 18 miles of beautiful curves of the mountain pass, I arrived at the trailhead of one of the most coveted hikes in the park… a 5.5 mile trek up to the top of Mt. LeConte (11 miles round trip).

The most popular hike to the summit of Mt. LeConte is Alum Cave Trail. The path starts out flat, running along a creek sounded by beautiful greenery. After about a mile, the ascent begins. Along the way are beautiful vistas showcasing the surrounding Smoky Mountains, a staircase through a rock tunnel, and rock steps where you support yourself with a metal wire drilled into the adjacent rock wall. About halfway through the hike is Alum Cave, which isn’t exactly a cave,  but more like a concave bluff stretching 80’ in height. I sat under the shade of the overhang for a bit to take in the beauty and have a snack. From there, the hike becomes a little steeper as you get closer to the top— but I promise, it is worth it.

Nestled at the peak of Mt. LeConte is a lodge, appropriately named Mt. LeConte Lodge. It’s the highest guest lodge in the eastern United states, situated at 6,400 feet. Cozy little cabins for rent are spread across the peak. For this hike, make sure you bring some money with you,, because there’s a dining hall where you can enjoy a hot meal and sip on some coffee or tea (or a stronger beverage if you like!) The lodge is a pleasant and welcome surprise after the long and steep hike to the top. 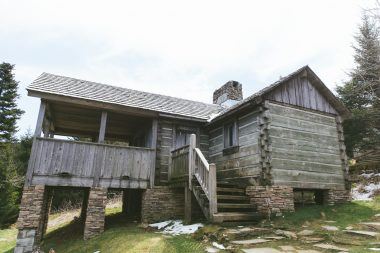 After exploring the area around the lodge for a bit, I made my way back down the mountain. I did not take my own advice for this hike, and I ended up leaving my wallet in the car… so, by the time I reached the bottom of the trail I was STARVING. Luckily for me, my Nest was parked right at the end of the trail. I dipped inside, changed into some clothes that weren’t covered in sweat, and made myself a proper meal right there in a parking lot. I can’t tell you how nice it felt to finish the hike, be able to clean myself up, lounge out on the couch in the trailer, and enjoy the food I made. Without the Nest, I would have had to drive at least an hour in sweaty clothing to some fast food joint.  After relaxing for a little bit longer, I made my way down the mountain pass through the park, ending at the other side in Tennessee in a town full of character called Gatlinburg (home of the infamous Dollywood). 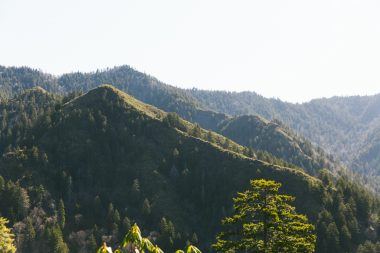 As I mentioned, I’ve spent a good amount of time exploring National Parks around the country. But this was my first time doing so out of the comfort of a trailer. The Nest was perfect for me with my small SUV, and traveling solo. After this trip, it might be hard to do it any other way.