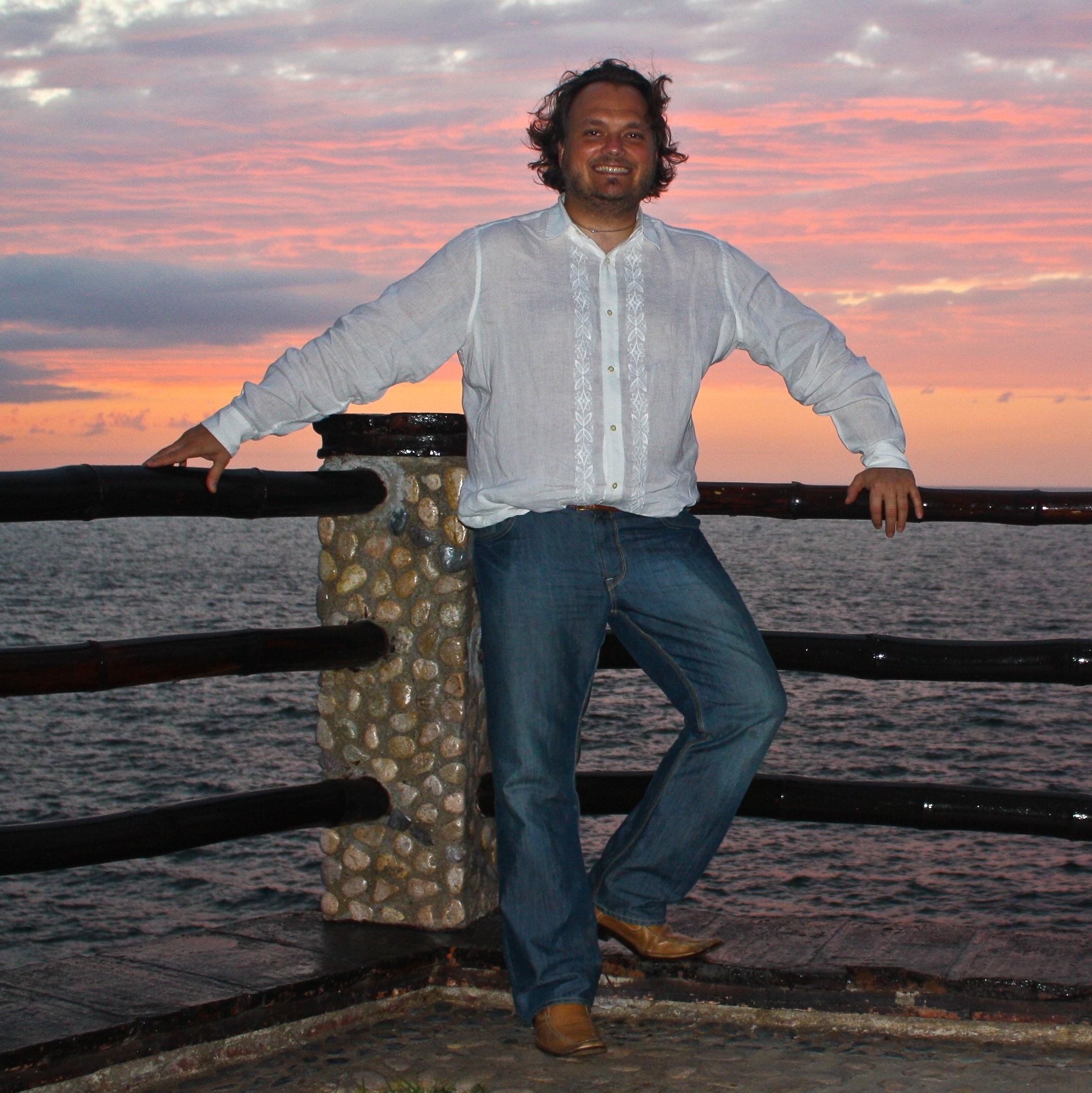 Craig Zabransky is on the verge of taking in a Mile Marker 88 sunset, Upper Florida Keys, as we begin to wind down our telephone interview.

“It will be a prime one,” he tells me. He’s clearly jazzed.

Days later I go to his website, StayAdventurous.com, and click on the Sunday Sunsets Map so I can sneak a peek. It is a doozy. The fiery sun hanging out in hues of orange and black.

And share them he does. His map features pins of 242 sunsets around the world, some from guest posters. Click around and a favorite might be one from the Sahara Desert, a line of camels in silhouette. Or a shot of a photograph of one in a gallery in the Paseo Art district in Oklahoma that is a hot poker mix of splendid reds and yellows.

Contrast this reality with what Zabransky was doing for a living a decade and more ago.

“For over 10 years, I worked to improve the business processes of the top tier investment banks on Wall Street and across the globe,” he writes on his website.

Now, under the banner of a tagline “A Mindset for Travel, A Mindset for Life” he has flipped the script on what most people believe life can be. On one side, grind, tedium, working for retirement. On the other, freedom, beauty, working for self. American dream or American nightmare?

“I think life is a vacation in which I occasionally work,” Zabransky says. “Fifty weeks off a year. Work two weeks. That’s the mindset I’m coming from.”

He notes the annoying insurance commercials that continually ask if you’re going to have enough money for retirement.

“Every day is a holiday, a gift to enjoy,” Zabransky says.

While that might cause some people to bristle -- because, hey, who gets to float through life like that? – it’s probably because they don’t realize they have a choice. It’s not like Zabransky majored in sunsets in college. What he did was pay attention to his life. He turned 28 on September 11, 2001, and while he usually took off on his birthday, he was working that day at Liberty Plaza across from the World Trade Center. The windows blew out and in the days following the terrorist attacks the Brooks Brothers on the ground floor was used as a temporary morgue.

“My day wasn’t as horrific as a lot of people’s,” he says.

The question inevitably comes up when people see his birthday on his passport – where were you that day?

One answer might be “steeped in consulting and investment banks.” A few years later he was on a sailboat with others in the Greek Islands and found himself thinking, “This is the life, man. I’m living. These people do this all the time. I want to do this. Why don’t I do it all the time?” He began writing this as his sign off – Stay Adventurous, Craig.

Put it out there. Give it life.

He decided to take a travel sabbatical.

“In November of 2004, I took nearly a year off from management consulting position to travel the world and see it from a backpack rather than a luxury or business perspective,” he writes on his website. “My eyes opened up. The original plan of three months quickly blossomed into nearly a year of seeing the world.”

Fifteen countries in Central and South America and across Eastern and Western Europe. Buenos Aires for two months. Conversational Spanish that would later translate to a long-term project and a subsequent working relationship with Mexico. That was the start. Zabransky would freelance and eventually launch Stay Adventurous in 2010.

“Trips are where people see who they are,” he says. “When you take a week or two and let go and experience another culture, you find yourself.”

He certainly did. He began changing his passwords to something he wanted to do, places he wanted to see. It seems funny now that when he started in earnest it was a time you still had to read a guide book to get information on places. He was named by FlipKey/Trip Advisor as one of the Top 25 Adventure Travel Bloggers to Follow in 2014. He knows people all over the world. His most striking sunset images can now be purchased in calendar form. There’s a podcast in the works.

With the friends he’s made and the experiences he’s had, he feels that for him RTW (as in round the world) are better initials to have than MBA. Somewhere along the way it became clear that not only was travel his true passion, but so was inspiring people to do the same.

“Traveling is a gateway that enables people to see the world differently,” he says. “What I’d like to be a part of is moving the middle for people.”

So when I ask what he lives riveted to, it’s a no-brainer:

One sunset at a time.