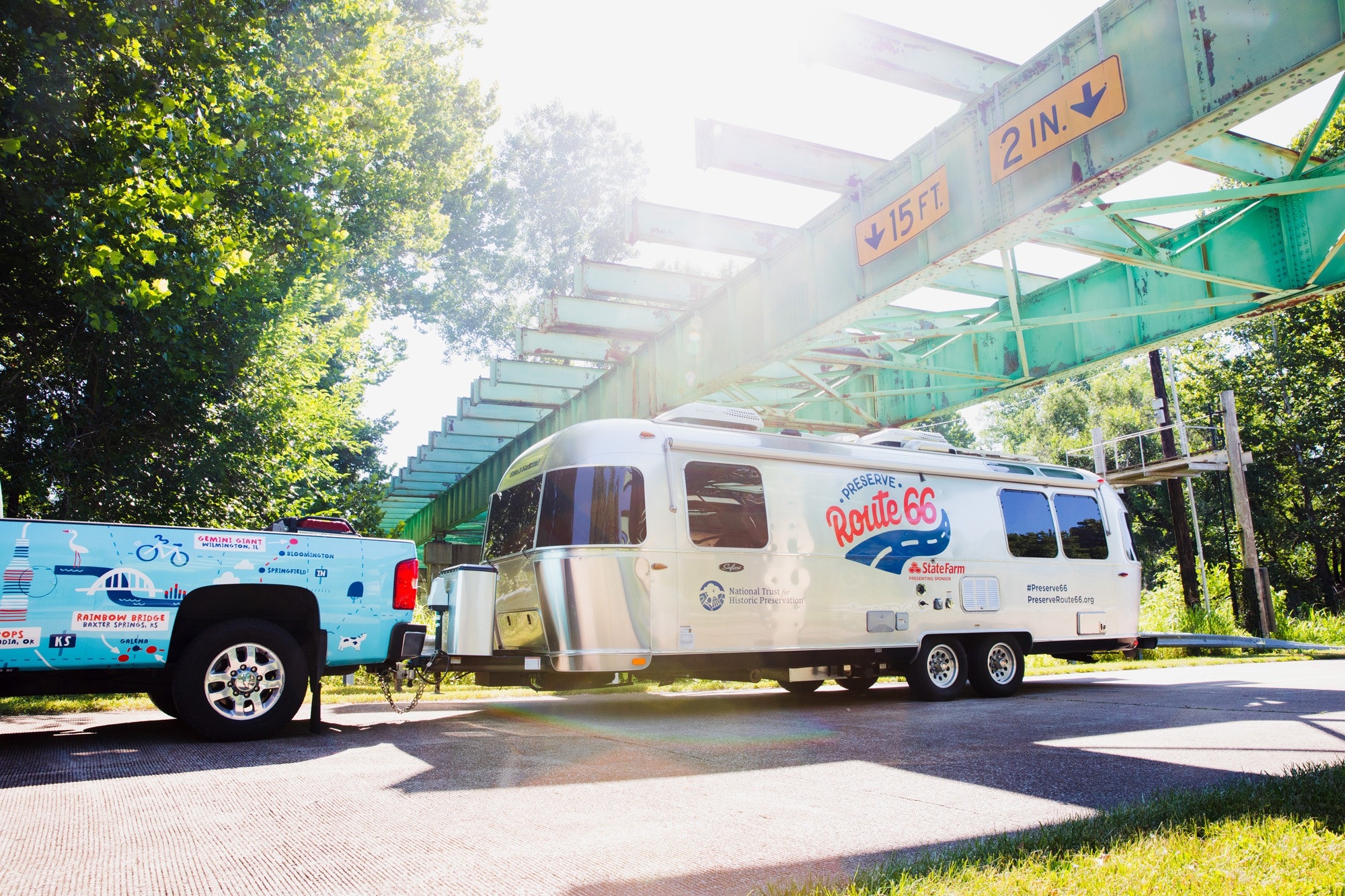 The National Trust is on a trek across the Mother Road this summer – in an Airstream! Each week, a Route 66 Roadie will be documenting their experiences, attending meet-ups, and bringing attention to an icon of American history. Today, Roadie Michael Ryan shares his experience from week one of the #Preserve66 trip! (Photography: David Kafer)

Environmental regulation, mass incarceration, the rise of national chains, labor unions, paranormal activity, and stark personal revelations during your sixth decade… These were just a few of the unexpected conversations I had while traveling on Route 66 this past week to help #Preserve66 with the National Trust for Historic Preservation.

Folks tried to warn me. On the road, people would lean a few inches closer and confide in me, “People are just friendlier within a mile of the old highway. They’ll talk your ear off about everything.” That statement is exceptionally accurate — especially so when you’re traveling with a 27-foot Airstream travel trailer branded with a big, colorful “Preserve Route 66” logo. It sure turned heads. I’ll never forget pulling into downtown Springfield, Missouri, with the Airstream in tow, watching people on the street stop what they were doing and stare at the Route 66 caravan rolling into town. Some folks nudged their friends, others snapped a few photos. Then, people came and talked to us about what we’re doing.

What are we doing? Our team is traveling Route 66 to gather public support to designate the route a National Historic Trail, which will help preserve its unique character for future generations. Our journey began in downtown Chicago, the start of this historic highway. Our Airstream twisted and turned with the traffic, winding out of the windy city. For our first day on the road, we stopped at the old Joliet prison in Joliet, Illinois. It has been a part of its community since 1858, and unused since 2002. Much of its striking structure is now deteriorating. Greg Peerbolte, executive director of the Joliet Area Historical Museum, gave us a tour of the grounds and of the sprawling prison itself.

As we walked through old Joliet, passing rows of cells in different sizes and varying degrees of dignity, my conversation with Peerbolte evolved from the history of the building to the differences in past prison systems, compared to America’s today. We talked about mass incarceration and recidivism rates, and how historic places like Old Joliet and Eastern State Penitentiary in Philadelphia can play a role in showing the ways our society dealt with incarcerated individuals then and now. It was the first of many unexpected conversations I had while traveling Route 66 that illustrated the way this historic highway can paint a picture of the past, while sparking discussions about the present and the future. 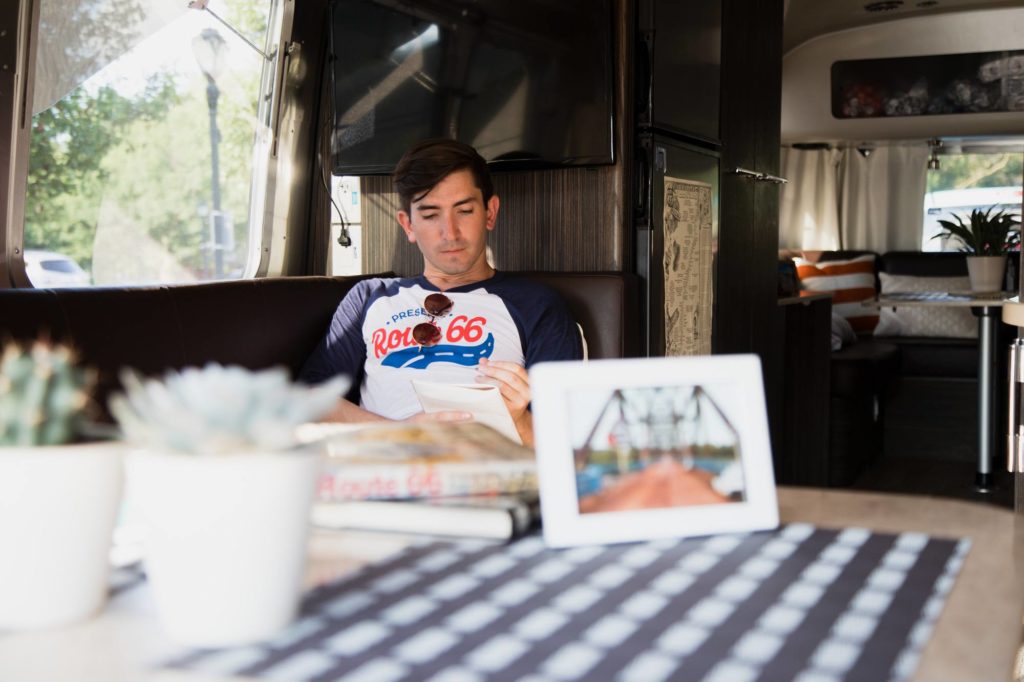 Another surprising talk came in Mt. Olive, Illinois. We officially stopped at the historic Soulsby Service Station, a Route 66 landmark that has been lovingly restored. But unofficially, local historian Nelson Grman took us to pay our respects at the Union Miners Cemetery, where famed labor activist Mother Jones is buried. Her burial site presides over the graves of the coal miners — men and boys — she fought tooth and nail for. Nelson told me about Mother Jones, and explained why her legacy matters. “The principles she stood for — fairness, equal wages, dignity, and things like that — for the working class are what’s so important about her,” he said. “Especially today.”

The labor movement of the early 20th century and its connection to today hadn’t been on my radar when I began my Route 66 journey. I started to notice a trend, which continued with Bill Deck from Girard, Illinois. He talked to me about the gradual loss of customers his historic family pharmacy experienced when a nearby chain superstore opened up. He felt that his business offered customers something they may not be getting from corporate pharmacies today: good service and good advice.

These unexpected conversations kept happening from St. Louis into the Ozarks. Of course, they always started with, “Can I check out the Airstream?” or a more practical, “Where y’all from?”

But more often than not, small talk turned into a real discussion between complete strangers. Maybe it was because we had such a shiny conversation starter, but I’m sure it’s also just a part of the culture of The Mother Road. 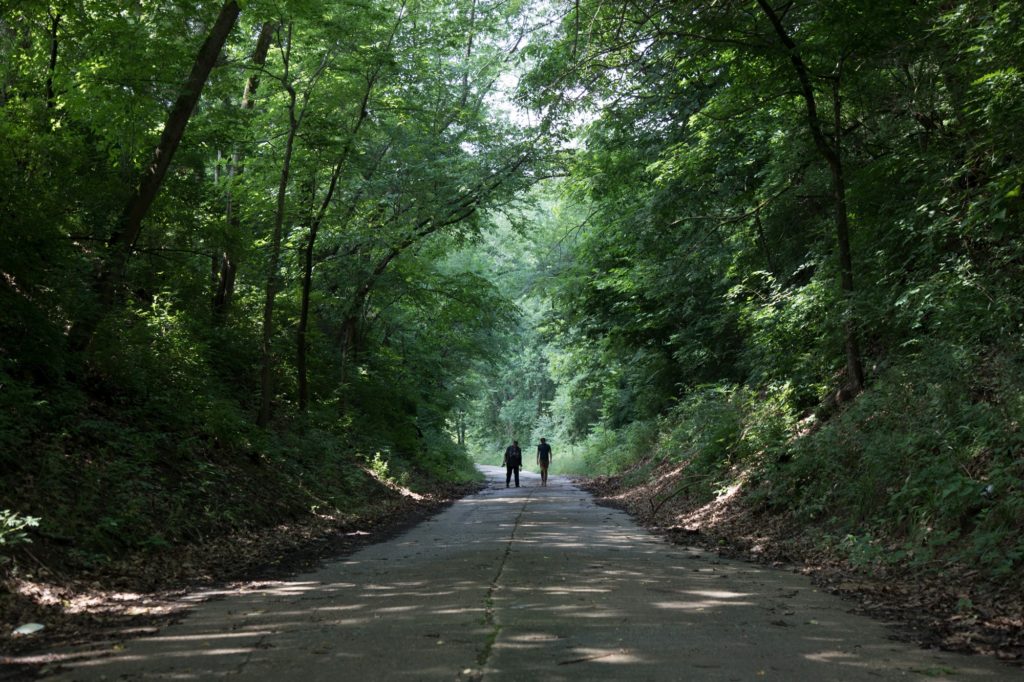