Their Own American Dream, With Freedom and Family

How does a couple go from a four-bedroom house in Southern California and two crazy demanding jobs to a full-time life of exploration on the open road in an Airstream®?

Just over a year ago, Tim, a restaurant industry executive, and Ursulla, a nurse, were living what they thought was the American Dream. Both worked long hours and were rising through the ranks professionally. The couple moved to California from Portland, Oregon when Tim received a promotion. They bought a bigger house and more things to fill it. 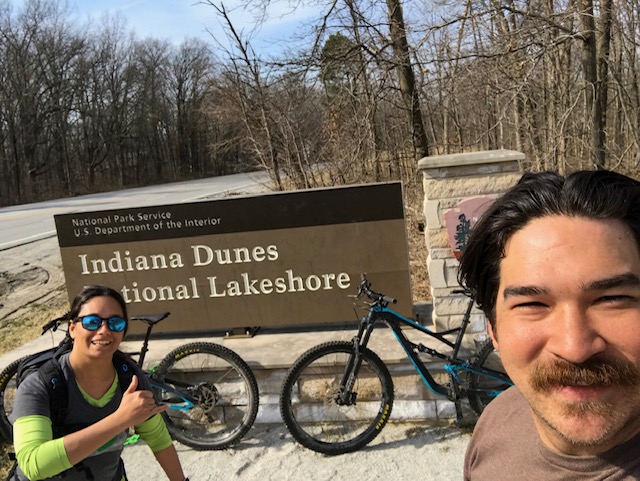 Ursulla says she and Tim found themselves in a cycle familiar to many Americans: “Your income grows, so you grow with stuff.”

“There's almost the expectation that every promotion is a stepping stone. Promotion? Okay, buy a bigger house. Bonus? Take a vacation or get a new car. I think that's part of the new American Dream,” says Tim.

But one day, Tim and Ursulla, who rarely saw each other because of their busy schedules, looked around and decided they wanted a change. They were moved to act on that decision when Tim’s father, who lives in Florida, was diagnosed with cancer. Tim and Ursulla decided they wanted the freedom to spend more time with their family members, who are spread across the country, and to enjoy the things in life that really matter to them.

In short order, they downsized their possessions. And, they started looking at Airstreams.

“We were actually in the market for an Airstream for a couple of years before we bought one,” says Tim. “We primarily wanted one for the weekend. We love vintage Airstreams, but as we started getting into it, we realized we would love some of the nicer features of the new Airstreams.”

“Initially, we were looking at the 16’ Bambis or the 20’ models for our weekend trips. But then our plan kind of exploded into, ‘Let’s do this. Let’s quit our jobs and move into an Airstream full time,’” says Ursulla.

Because Ursulla is a nurse, she knew she could get contracts as a traveling nurse in different parts of the country when she wanted. And now, Tim spends time as a value investor, occasionally trading stocks.

They settled on the Classic. Although Tim will tell you he’s just “an average man trying to please his wife,” both loved the quality and design.

“When you’re living in an RV full-time, you want it to feel like home. We looked at a lot of different RVs, but it was almost like we did it to confirm that what we absolutely wanted was an Airstream. They were the ones we always went back to because we really love them,” says Ursulla.

“We loved the Classic because it has hardwood throughout. There are quality stone countertops, and it's comfortable and warm. It feels, and it fits, within what we would consider our taste profile,” says Tim.

Tim and Ursulla were both born and raised in Hawaii and had similar childhood experiences, filled with camping and outdoor exploration. So, a lifestyle that allowed them lots of time in nature was fitting for both of them.

“We are outdoor people, so, with all the windows in the Airstream, it feels like we still have the outdoors with us when we’re inside. That's a good feeling,” says Ursulla.

Today, depending on their location, you might find Tim and Ursulla mountain biking, scuba diving, snowboarding or paddle boarding. When Airstream caught up with the couple, they were in Holland, Michigan to check out the beach and the lighthouse there. They had plans to go to Detroit to see a baseball game with friends, and then were heading off to Nova Scotia.

Their current travel plans include making their way down the east coast to Florida, where they’ll spend some time with Tim’s dad. After that, they may go back up to the Pacific Northwest to visit Ursulla’s family. And then, next year, a caravan trip to Alaska is in the works.

These two are living their version of the American Dream.

“We feel free with the Airstream, living in it and traveling and being able to go wherever we want to go,” says Ursulla. “There’s nothing we want more than this life, right now.”