LifeStraw and Airstream are on a cross-country campaign to help #LeaveItBeautiful. LifeStraw brand ambassador Harry Yuan shares thoughts and tips on "traveling green" in an Airstream.

I consider myself to be a rather “green” type of person. I grew up in Los Angeles, but I’m a San Franciscan through and through. It’s a city that’s eco friendly and sustainable, with LEED certified buildings, city-wide water conservation efforts and more. We even compost our waste! So when LifeStraw asked me to join them on the Clean Water Across America campaign—which was promoting clean drinking water and sustainable, travel habits—I was more than up for the task.

Travel isn’t very environmentally friendly. Whether by land or by air, it involves significant carbon emissions and often a lot of eating out at restaurants, which can lead to excess packaging and wasted food. As a frequent traveler for my work as a travel show host and director, I’ve become very aware of how challenging living and traveling “green” can be. That’s why my partner Andrea and I needed to step up our conservation game in order to live up to Airstream’s #LeaveItBeautiful initiative, which inspire travelers and adventurers to leave the world around them more beautiful than they found it.

In the spirit of the campaign, we wanted to do all we could to travel green on the road in “Astrid the Airstream”. We’ve tried quite a few things, noticed some things, and I’m happy to report that we’re keeping it as green and clean as possible. 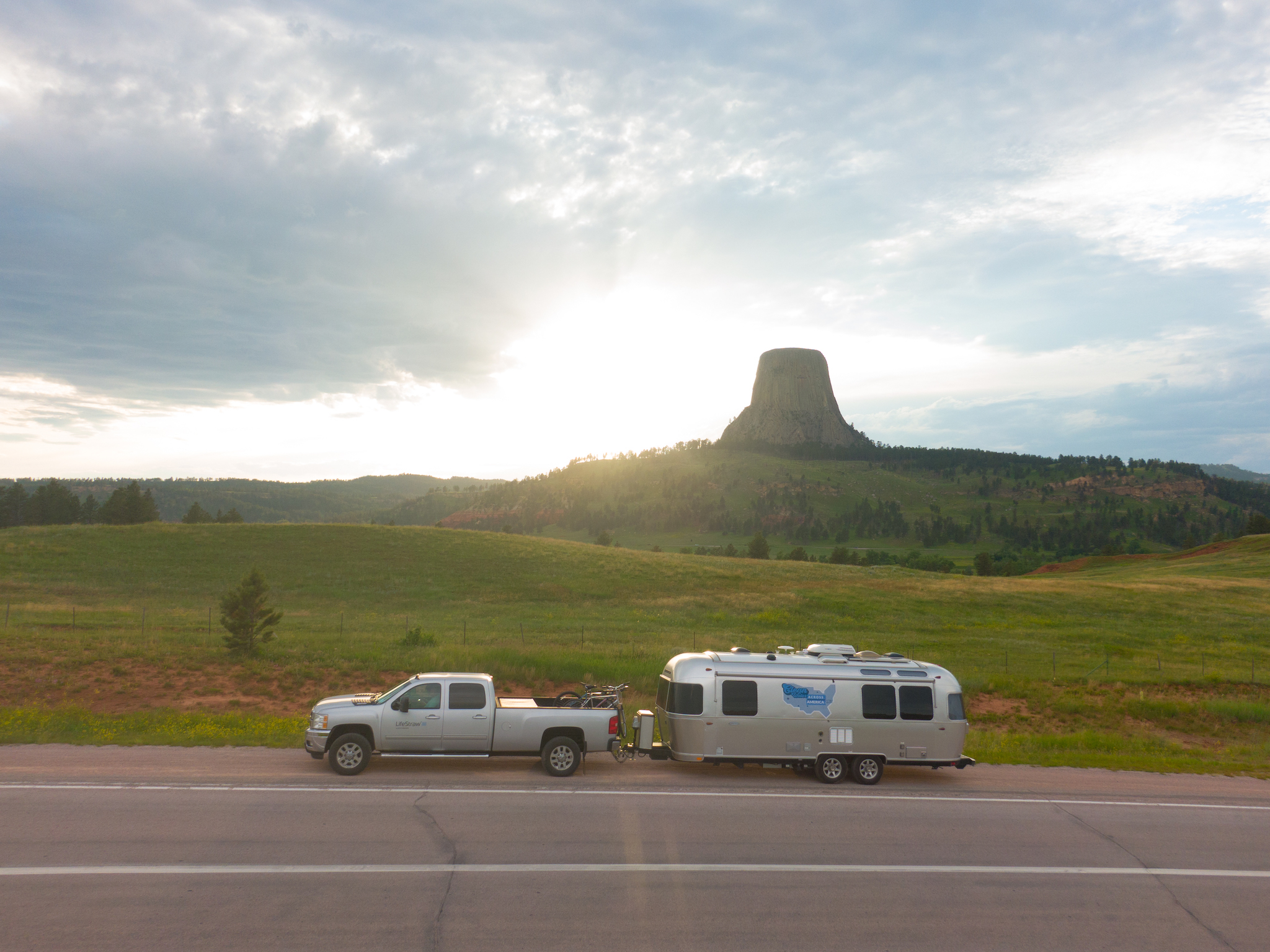 One thing I’ve been very impressed with while traveling across this massive continent is how we, as a country, are keeping things beautiful. There have been very few cases where I have seen trash left behind or on roadsides, and we’ve been to eight states so far on this tour. Compared to the 40+ countries I’ve visited, the United States seems to be doing pretty well. This realization has been one of my proudest moments on the tour. Good job guys! Keep up the good work! But “#LeaveItBeautiful” for us wasn’t about just litter; it was also about the many other ways to reduce our environmental impact. 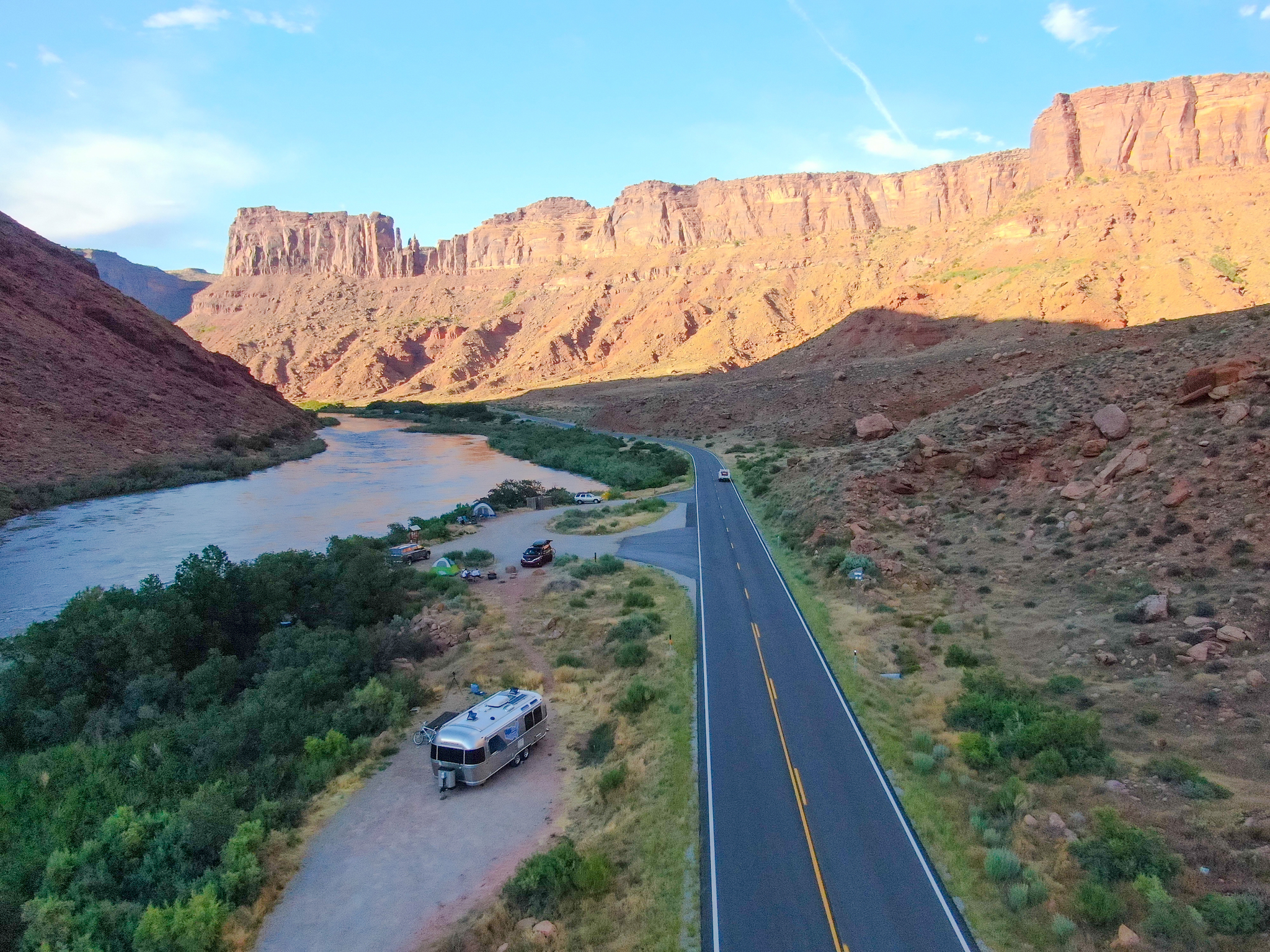 Composting in an Airstream is quite possibly the biggest pain in the butt. But, why not start with a challenge?  We tried for almost a month. During week 1, we tried using a Tupperware container as a compost bin. That was a fail because it took up too much space on the counter, and Astrid  just couldn’t afford the space. In week 2, we put it in the freezer. And honestly, this is one of the best methods to store compost. Especially if you don’t know when you’ll have the opportunity to dispose of the waste. Because compost smells horrible, if you freeze it you can  prevent the inevitable rotting smell from consuming your living space. The problem with the freezer method? No smell, but still no place to dispose of our compost.

After we left Utah, we both admitted defeat.. Ultimately the biggest problem was that we didn’t know where to dump the compost! If only campsites would start their own composting programs nationally. Perhaps it’s something we can look forward to in the next decade? I’m sure there are other people willing to sacrifice a little time so our grandkids don’t have to all live on our landfills?

Luckily, our trash waste was still down to a gallon bag almost every two weeks. It definitely pays to bring your own reusable bags, coffee cups, and buy in bulk as much as you can, things that are possible with RV living. So even without compost, we're still leaving less trash behind than normal travel.

In my next blog post from the road, I'll make a few observations about recycling while traveling across the U.S. Until then, follow along with our journey on Instagram! 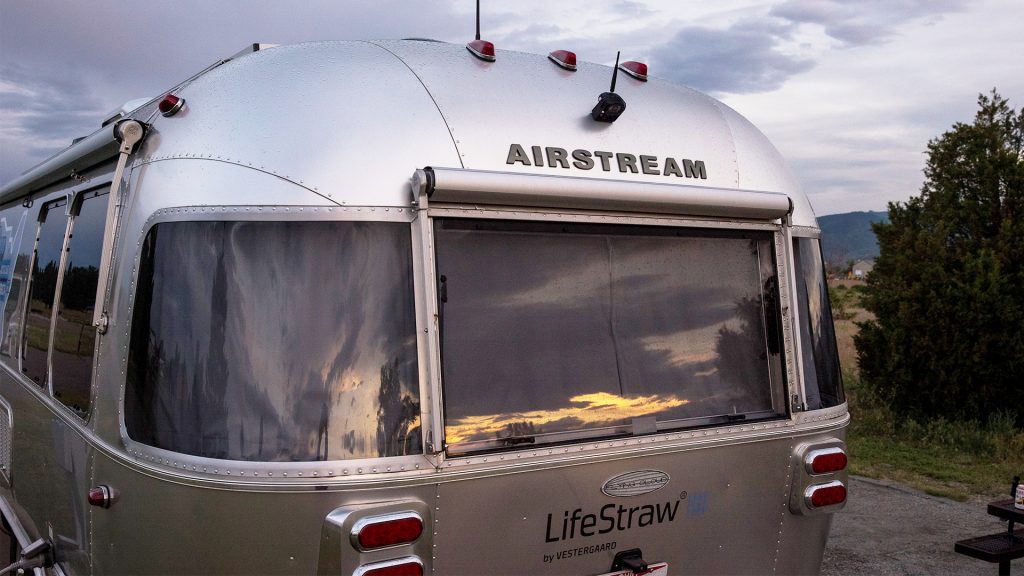