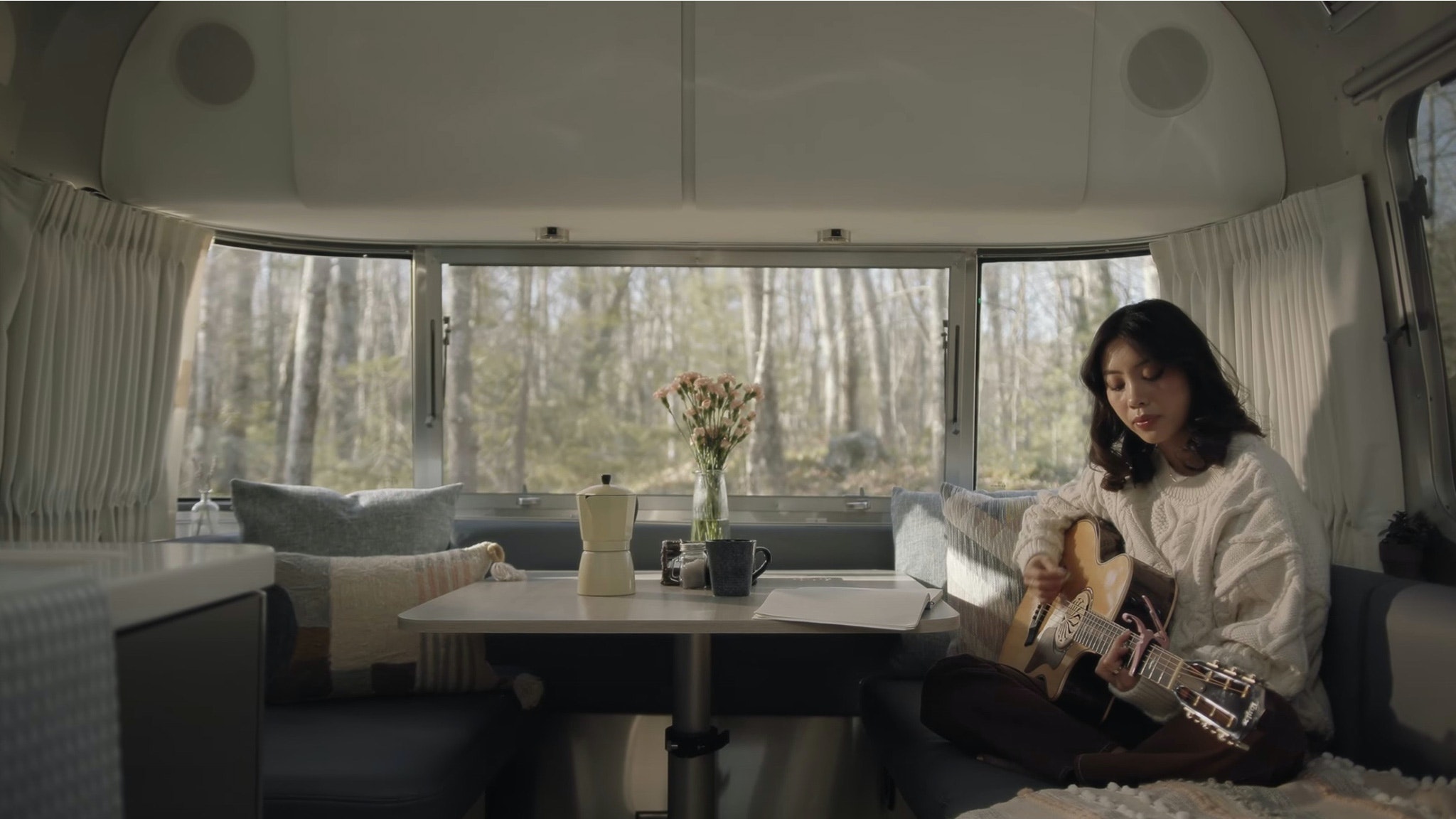 A teenager with talent to spare, Willow Zhu was inspired to write a song about the shiny riveted aluminum travel trailers that spoke to her wanderlust. Now, this original song comes to life in her music video for “If Only I Had an Airstream.”

When Willow Zhu was just fifteen years old, she put pen to paper and wrote a song about what it would feel like to hit the road in an Airstream. Already a budding singer-songwriter, Willow’s song captured the feeling familiar to every Airstreamer – the freedom to go wherever your heart desires and explore what’s over the next hill. From hitching up and heading into the sunset to hitting the road with the clouds passing in the blue sky above, “If Only I Had an Airstream” is a musical ode to the dreamers, the travelers, and the adventure seekers who hit the road toward new horizons.

“This entire project – the collaboration with Airstream, the music video, and the song itself – has been inspired by my fascination with what it means to have an Airstream,” said Willow. “To bask in the beauty of the unknown – to be free, to live fiercely and fearlessly, and to focus on the journey rather than the destination.”

In the summer of 2019 Willow sent the song to Airstream’s corporate headquarters in Jackson Center, Ohio, where the gorgeous melody and inspiring lyrics caught the attention of everyone who heard it. Now, Willow’s song comes to life in a new music video produced by Airstream.

A Sales Pitch in Progress

A precocious teenager with talent beyond her years, Willow captured in her song the feeling felt by many Airstreamers as they dream of one day hitting the road. But her primary goal at the time she wrote the song was to try and convince her dad to look into buying one of the shiny, riveted aluminum travel trailers that had inspired her in the first place.

“It was a not-so-subtle hint that we should add ‘Airstream’ to our family bucket list,” she laughed. “I got home from school one day and delivered my first sales pitch in the kitchen. It didn’t work!”

So, she switched gears and drew upon her nascent songwriting talents in a new bid.

“I told him to go watch TV for a few minutes, and I would come up with a revised proposal,” she remembered. “I called him back twenty minutes later and played ‘If Only I Had an Airstream.’” 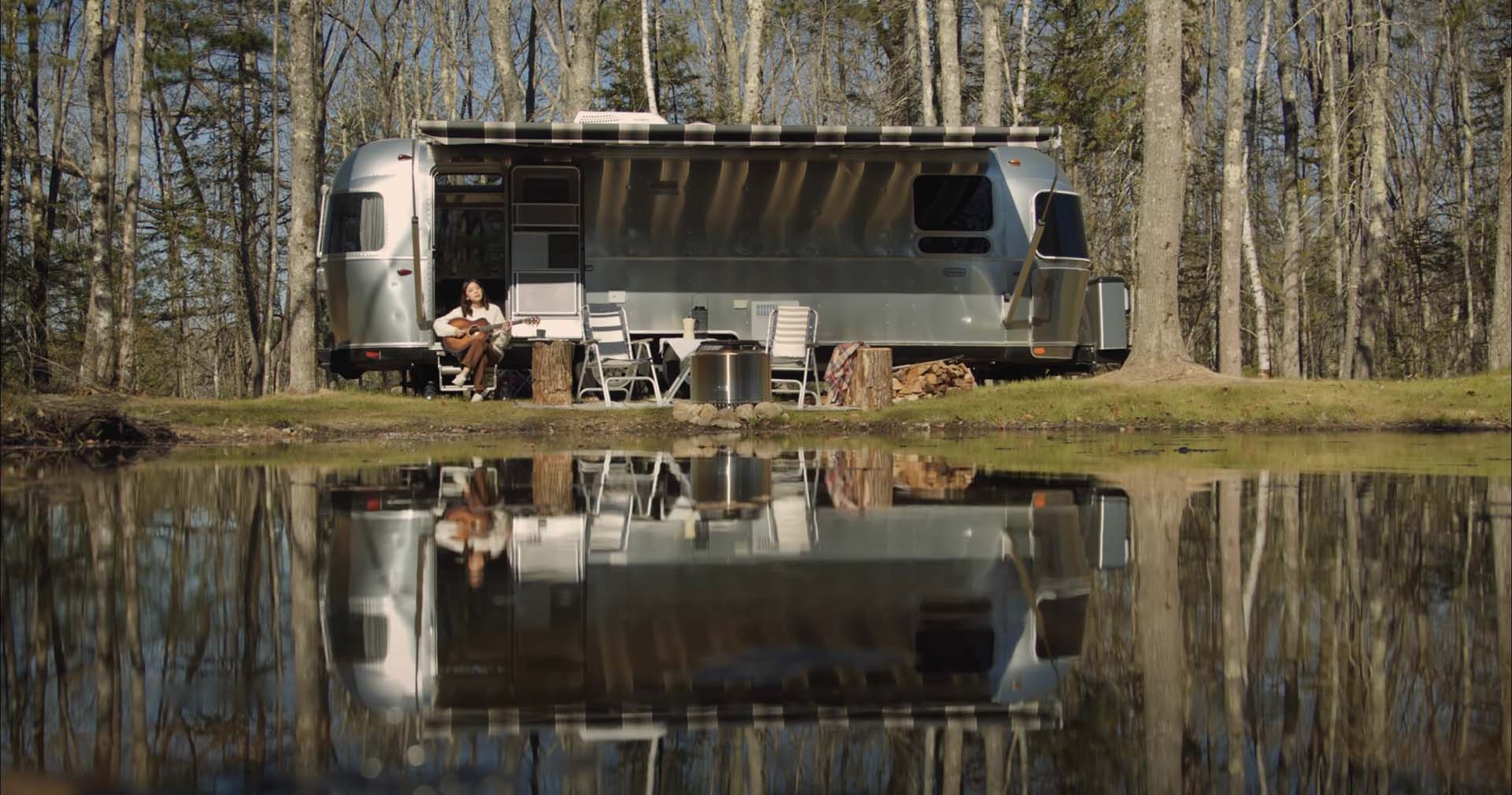 Bringing a Song to Life Through Artistry and Collaboration

While her sales pitch to her dad is still a work in progress, the pitch ended up finding a different audience when she sent her song to Airstream. Blending Willow’s song with dreamy imagery that harkens to the way Airstreamers hit the road to stretch their horizons, Willow and Airstream crafted a music video that captures both her musical artistry and the iconic adventures that happen when you set up a campsite to explore a new location.

“I am so excited about the collaboration with Airstream,” she said. “We’ve created a gateway for people to fantasize about their own cross-country trip in an Airstream, discovering secret pools and landscapes and nooks in the earth – and maybe even discovering a thing or two about themselves."

Now 18 years old, Willow’s eyes are firmly set on taking her talent to the next level as she takes a gap year between graduating from high school and heading off to college next year. She’s spending the time focusing on her rising musical career, and with that in mind she recently moved from her home in Boston to live in Nashville full time.

“I spent of lot of my time in high school dreaming about Nashville and maybe one day staying there for longer than a Christmas break or a long weekend,” she said. “I have always felt drawn to Nashville because it’s a city for songwriters. It’s a place where there are magical things happening around every street corner, from songs being written to songs being played. I’ve always wanted to be a part of that magic and that community of creators.” 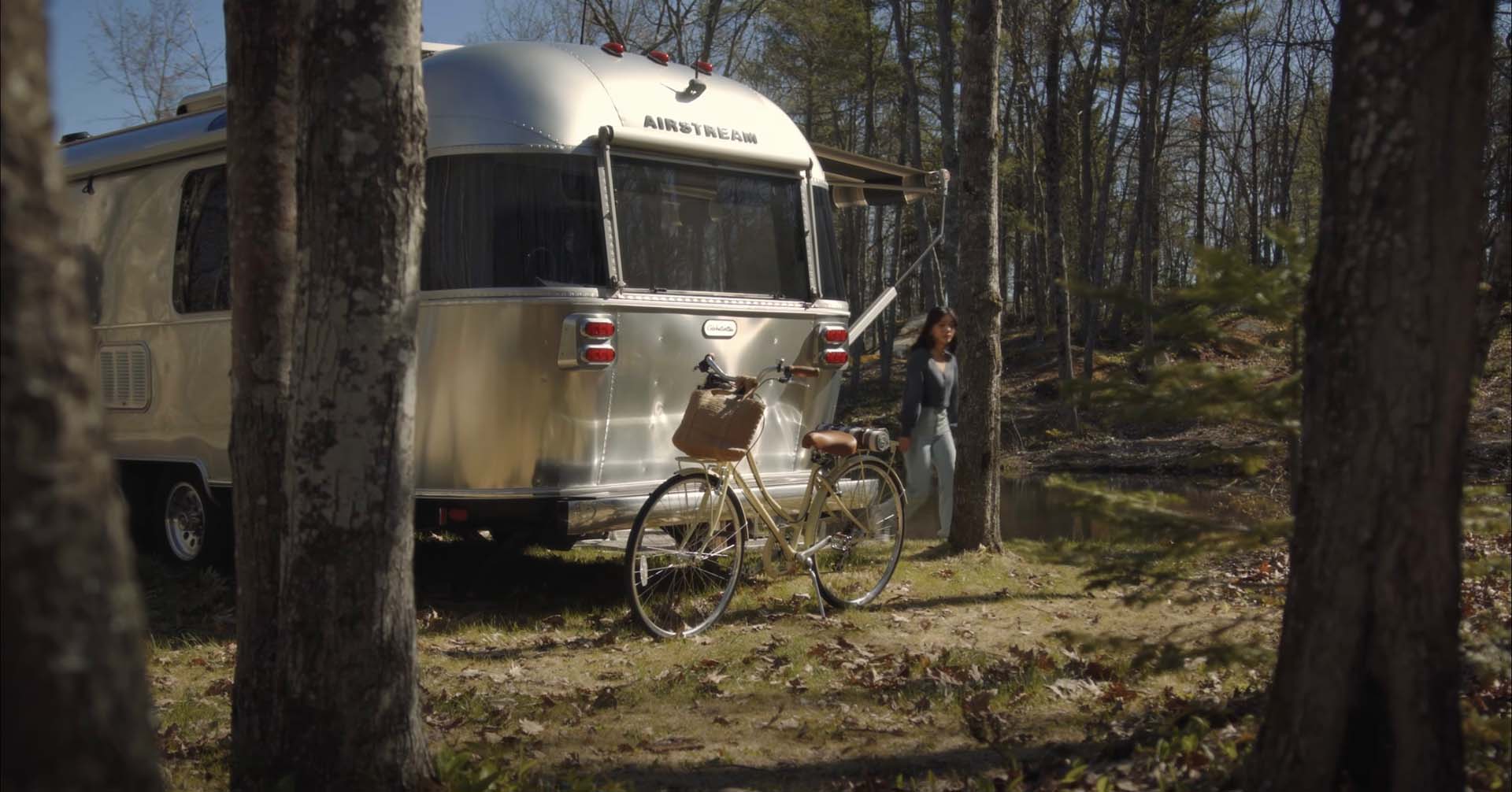 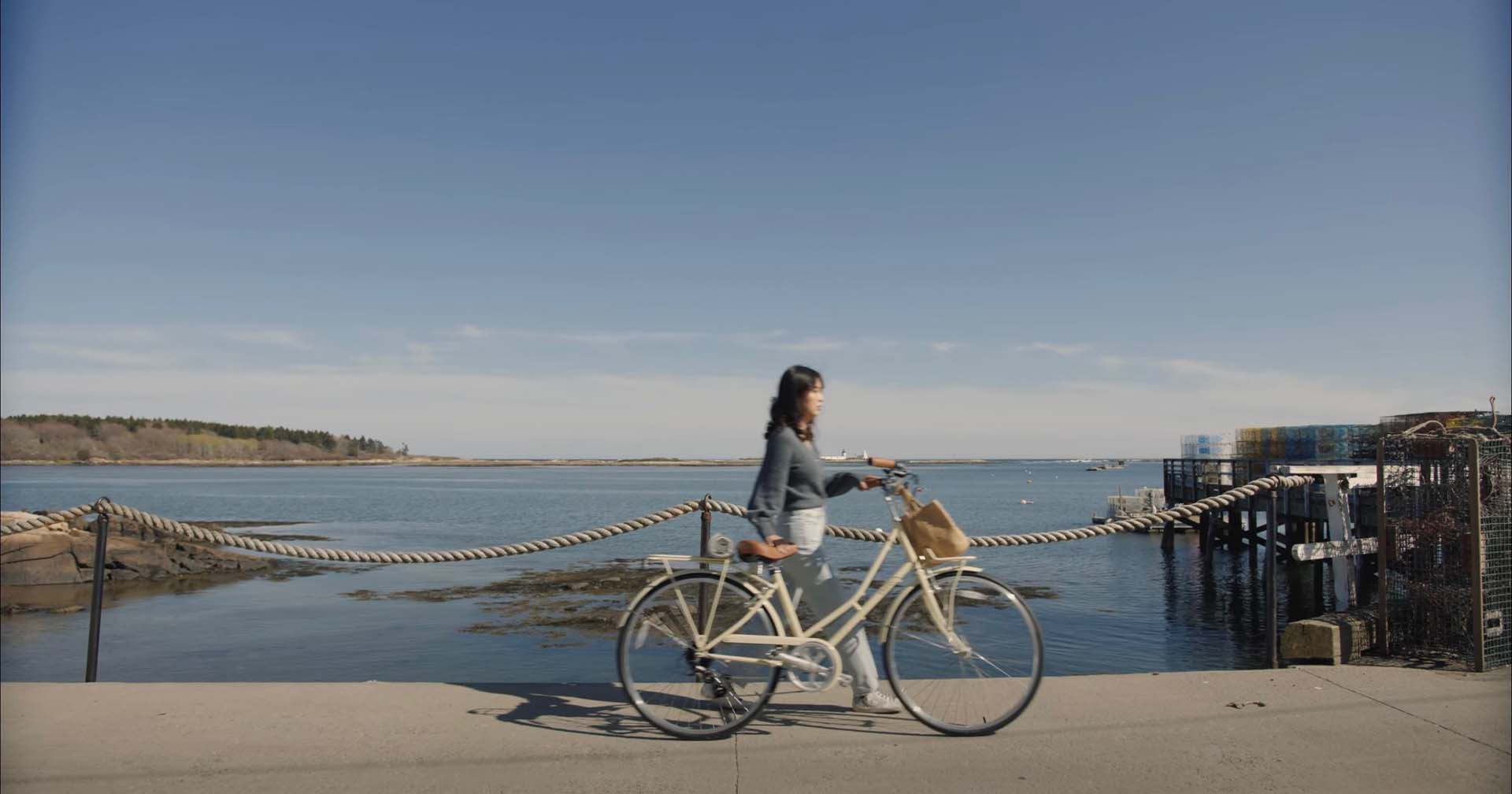 Almost as easily as the song came out of her head, the recording process for “If Only I Had an Airstream” was similarly easy – with everything laid down in just one month. Working with producer Robyn Dell’Unto in Nashville, Willow created a musical atmosphere for the dreamy elements she wrote about in the song.

“I loved exploring the little sound embellishments, like wind chimes, birds chirping, highway noises, and waves crashing,” she said. “I wanted to elevate the song and transport the listener right into that dream of exploration and nature-filled bliss.”

Taking the Next Steps Toward Musical Stardom

Now, Willow is hard at work writing and recording new music in her new home-away-from-home, and she’s got a full slate of live shows planned for the summer. But her parents in Boston are still her biggest cheerleaders, supporting her across the miles as she launches her music career in Music City, USA.

“They are absolutely the coolest ever and best people I know,” she said of her parents. “I’m so grateful for the constant and unconditional support they have given from day one. They are the reason I have the courage to chase my dreams.” 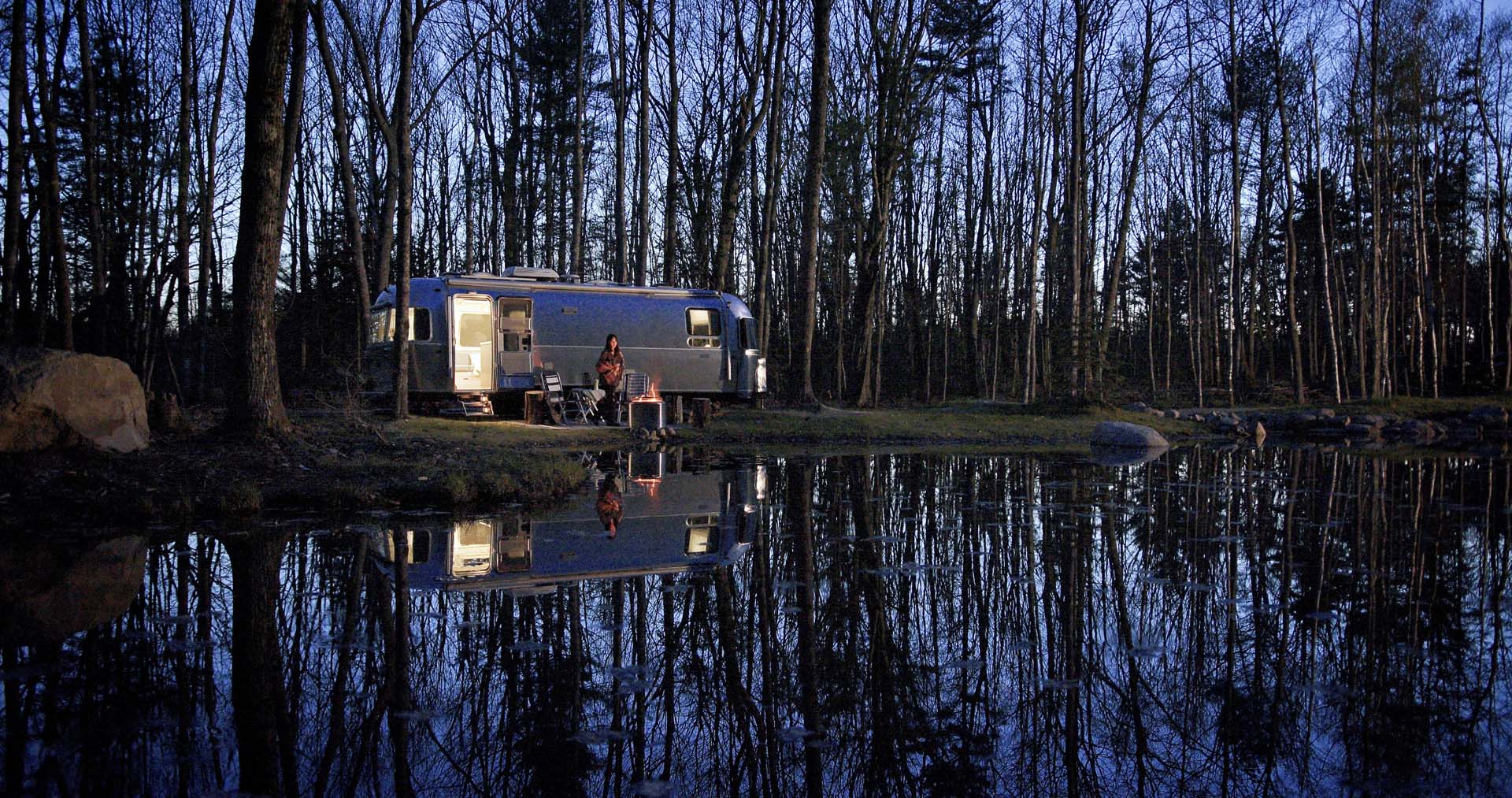 And if she ever gets the chance to own her own Airstream dream machine?

“The four states I mention in the song – Montana, Indiana, Louisiana, and Alabama – are all states I’ve never been to,” she said. “I think my very first dream Airstream trip would be an extended tour to check those places off my list – I mean, I have to do it, since I wrote about it!”

For now, she’ll keep dreaming – and keep on creating incredible music to share with the world.

For more music and news about live shows, follow Willow Zhu on Instagram at @willowzhu7 or visit her website at www.willowzhu.com and stream "If Only I Had an Airstream" by Willow Zhu on Spotify.