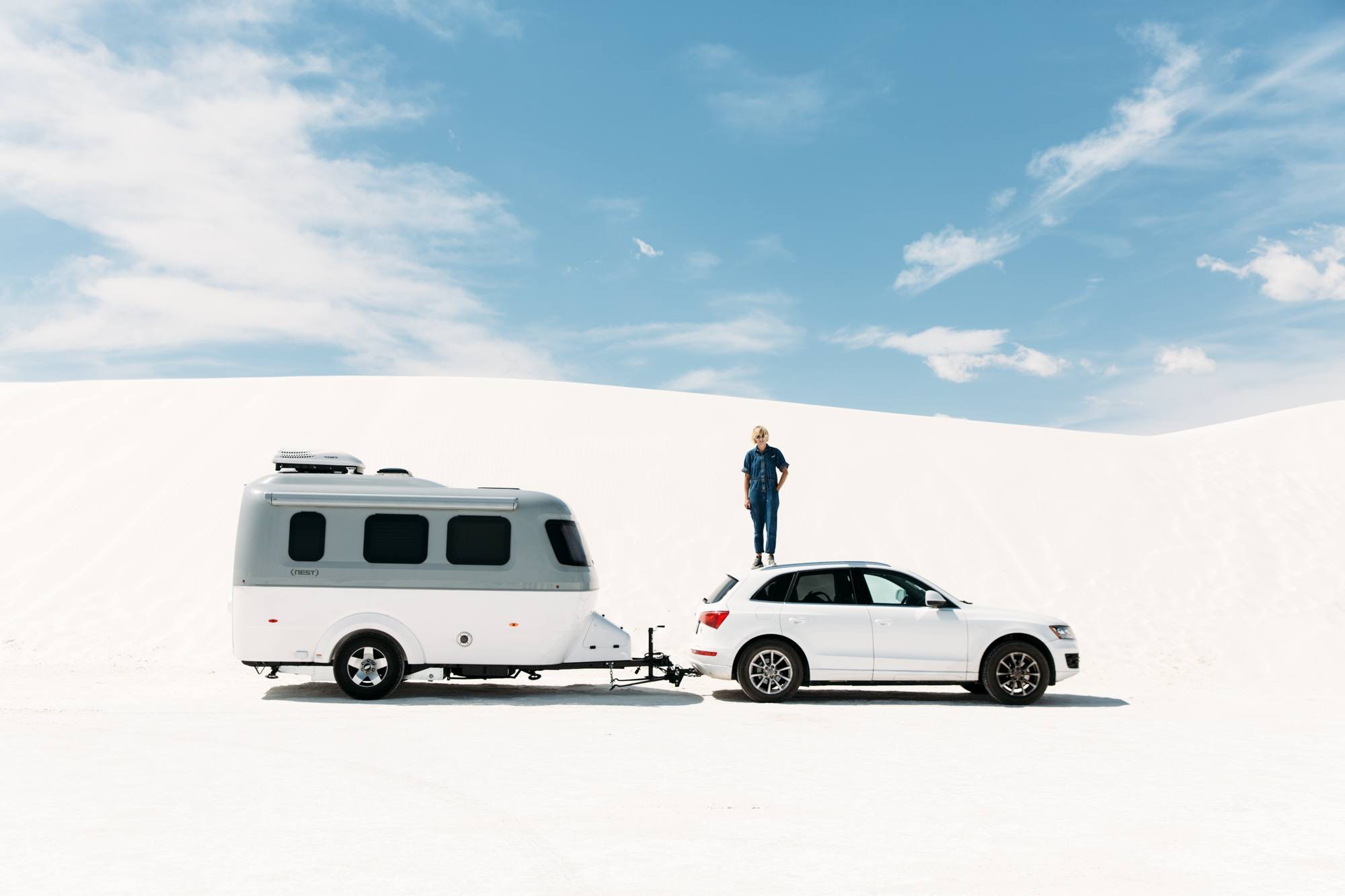 Traveling solo in Airstream Nest, Laura Austin is finding adventure in every corner of the country on our #EndlessCaravan. Now, she returns to the place that first inspired her passion for solo travel– this time with Nest in tow.

Difficult times tend to be a catalyst for change.

For me, this pivot point came when I was experiencing a tough time in a relationship back in 2014. My boyfriend at the time and I hit a rough patch, and he skipped town right before the new year. Instead of staying in L.A. and spending my New Year’s Eve in a puddle of self pity, I decided to be proactive. I set out on a road trip to a place I’d been wanting to see for quite some time, White Sands National Monument. Knowing it’d be impossible to convince a friend to spontaneously ditch a New Year’s plan to drive 13 hours to a random place they’d never heard of, I hit the road on my own. On this trip, I spent five days with nothing but myself, the open road, beautiful landscapes, and my thoughts. This short journey made me realize the clarity provided by solo road trips. Since then, when I’m experiencing a difficult time, lacking inspiration, or just longing to escape the hustle and bustle of LA… I hit the road on my own. 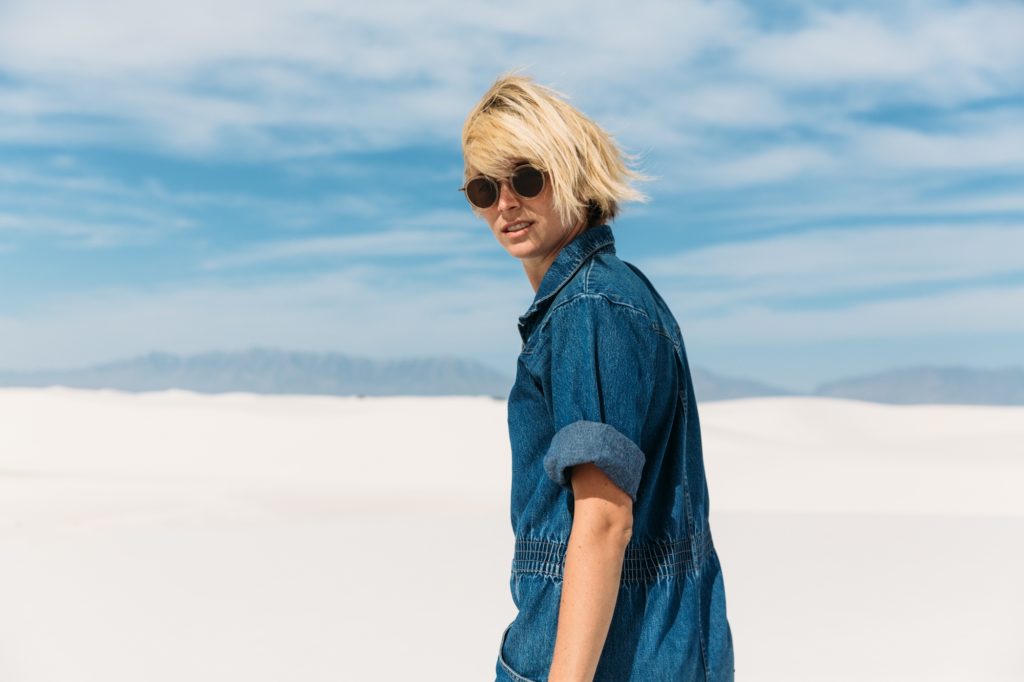 Now, four years later, equipped with my Airstream Nest on a two-month road trip around the country, I decided I needed to revisit the place that spawned this life-changing tradition. To my surprise, it felt just as magical as the first time I visited. White Sands is an area of seemingly endless, pure-white sand dunes situated in the middle of nowhere New Mexico. The dunes look like endless rolling hills of snow, creating quite the juxtaposition when you see photos of people dressed in desert-suited attire. In short, the White Sands are a photographer’s dream location… especially for myself who has a soft-spot for wide open landscapes.

On my inaugural Solo Road Trip back in 2014, I left all of my worries behind the second I hit the open road. Or rather, I didn’t simply escape them, but with all that time alone, I was able to work through them on my own without the distraction of everyday life. I believe it takes courage to face your inner demons, and isolating yourself in this way certainly brings them to the surface. But once I escape into beautiful nature, it washes away a lot of the pain that may have resurfaced. In a way, solo road trips have become my own form of therapy. Since that initial trip, I’ve tried to make a point to venture out on my own at the start of every new year, because then, I start the year on my own foot and return home with a fresh new perspective.

This tradition of mine is what led into me doing this two-month trip in Nest, especially with the recent push for female empowerment. In general, I think there is a stigma against females traveling alone. People tend to let their ideas of what could go wrong prevent them from doing something that they’ve always dreamed about. But, fear kills more dreams than failure ever will. Yes, traveling alone is a risk– you might get lost, you might blow a tire, you might even get lonely. But the adventure doesn’t really start until something goes wrong, anyway. If everything went smoothly, you come home with a nice memory of a normal trip. But it’s when things go wrong and you must overcome– that’s when you grow. And beyond a nice memory, you will then return home with a whole new sense of self-confidence, knowing that when times get tough, you can persevere. That’s a lesson that I think is valuable for everyone to learn. It’s a lesson which will trickle into all areas of your life, well beyond your return home. 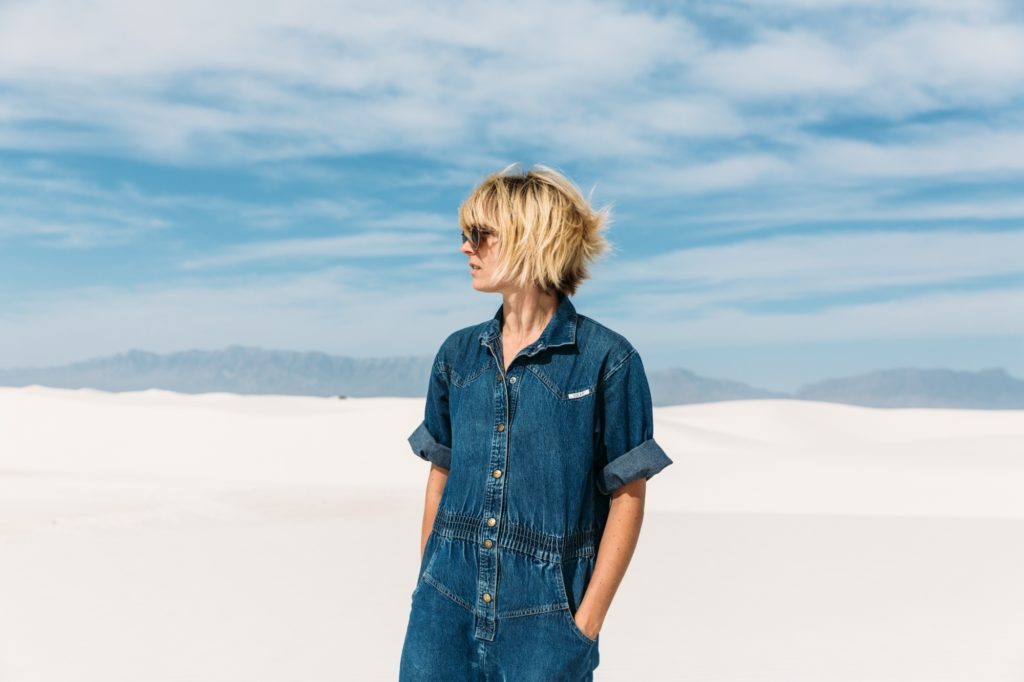 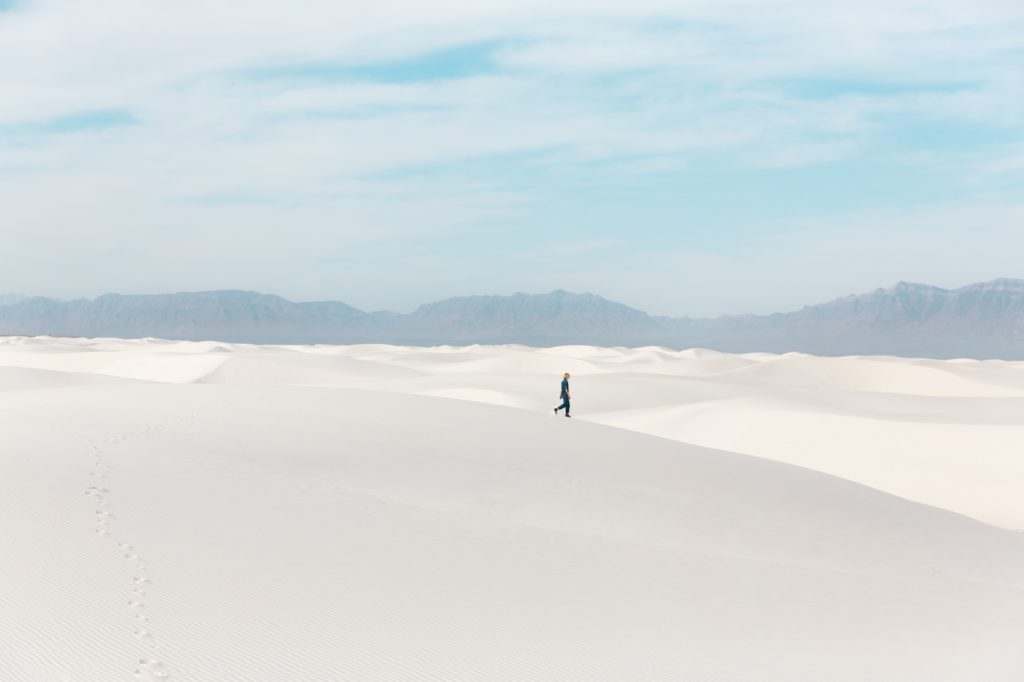 So, it was nostalgic when I returned to White Sands in the middle of the two-month adventure in my Nest. I ventured out into the dunes that kicked off this life-changing journey, and felt the same cleansing effect I did four years earlier. Literally jumping for joy, I ran around like a chicken with my head cut off, setting up my camera on a tripod and using a remote to shoot photos of myself throughout these white mounds of sand.

Previously my longest solo trip had been about two weeks, but with the Nest behind my car, it feels comfortable being away for much longer than that– never feeling homesick, because your home is with you wherever you go. I don’t know what other insights and lessons my two months alone on the road will bring about… but I do know that this trip will stick with me well after I have to return my new home away from home. 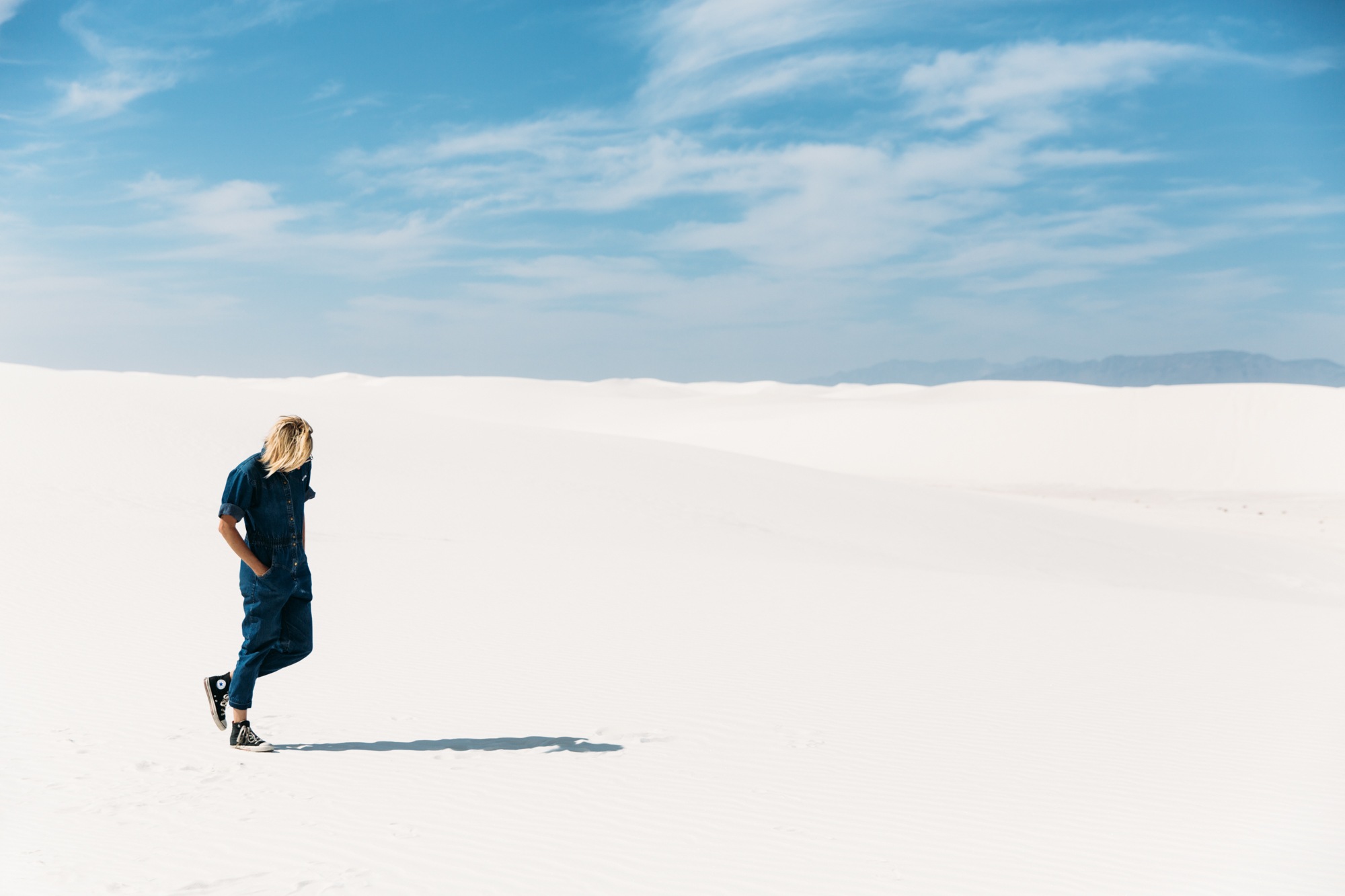