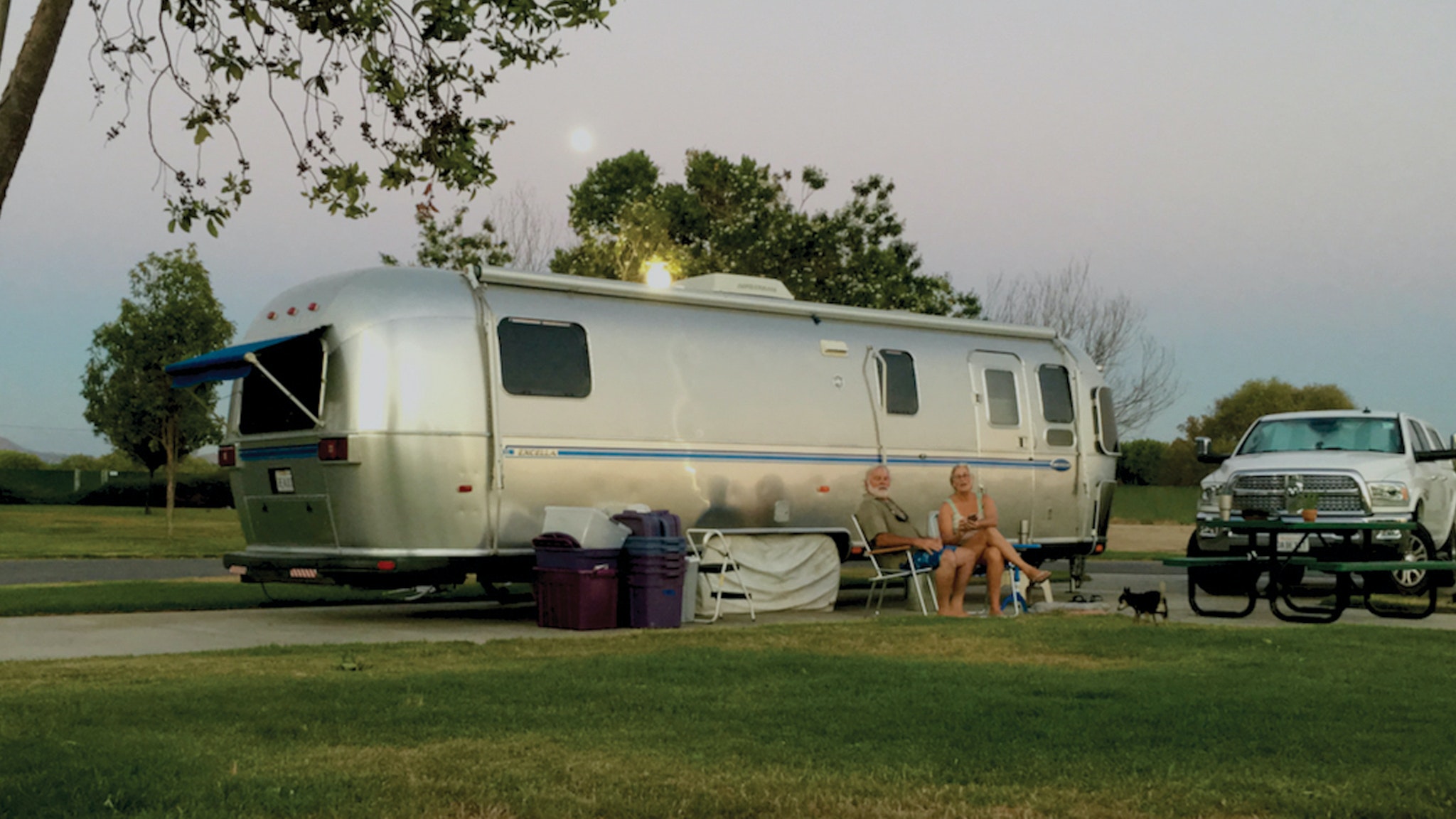 Being prepared is often just a matter of perspective.

Since July 2016, Carmen Beaubeaux and her husband, Jim, have traveled full time in their 30-foot, 2001 Airstream Travel Trailer. Their Airstream, Beauty, has taken them 47,000+ miles to 330+ campgrounds, 48 States, and four Canadian Provinces – so far. Carmen is the author of the website Living in Beauty, where she chronicles the couple’s Airstream journey through North America’s most scenic parks, cities, and small towns. "From Beauty's Doorstep" is a six-part series for Airstream in which Carmen details their retirement to full-time Airstreaming. Read earlier installments here.

“Champagne!
In victory one deserves it,
in defeat one needs it.”

We both heard it, the sound of someone opening a bottle of bubbly in the next hotel room. But we were not in a hotel. We were driving the Beast up a scorched highway in the Mojave desert with Beauty in tow.

“Blowout! Pull over!” I shouted.

Jim slowed down activated the emergency lights and shouted back, “There's no room!”

He was right. The road curved sharply as we ascended a steep hill with rock-strewn edges. We’d never driven this road before but, hoping for the best I said, “There’s a pullout right around the bluff.”

Jim continued to slow down, hugging the shoulder, fearful a vehicle would approach from behind. Just as I hoped – barely fifty yards up the road – a paved pullout appeared. It was not an emergency pullout, but the driveway of a burnt-out building. 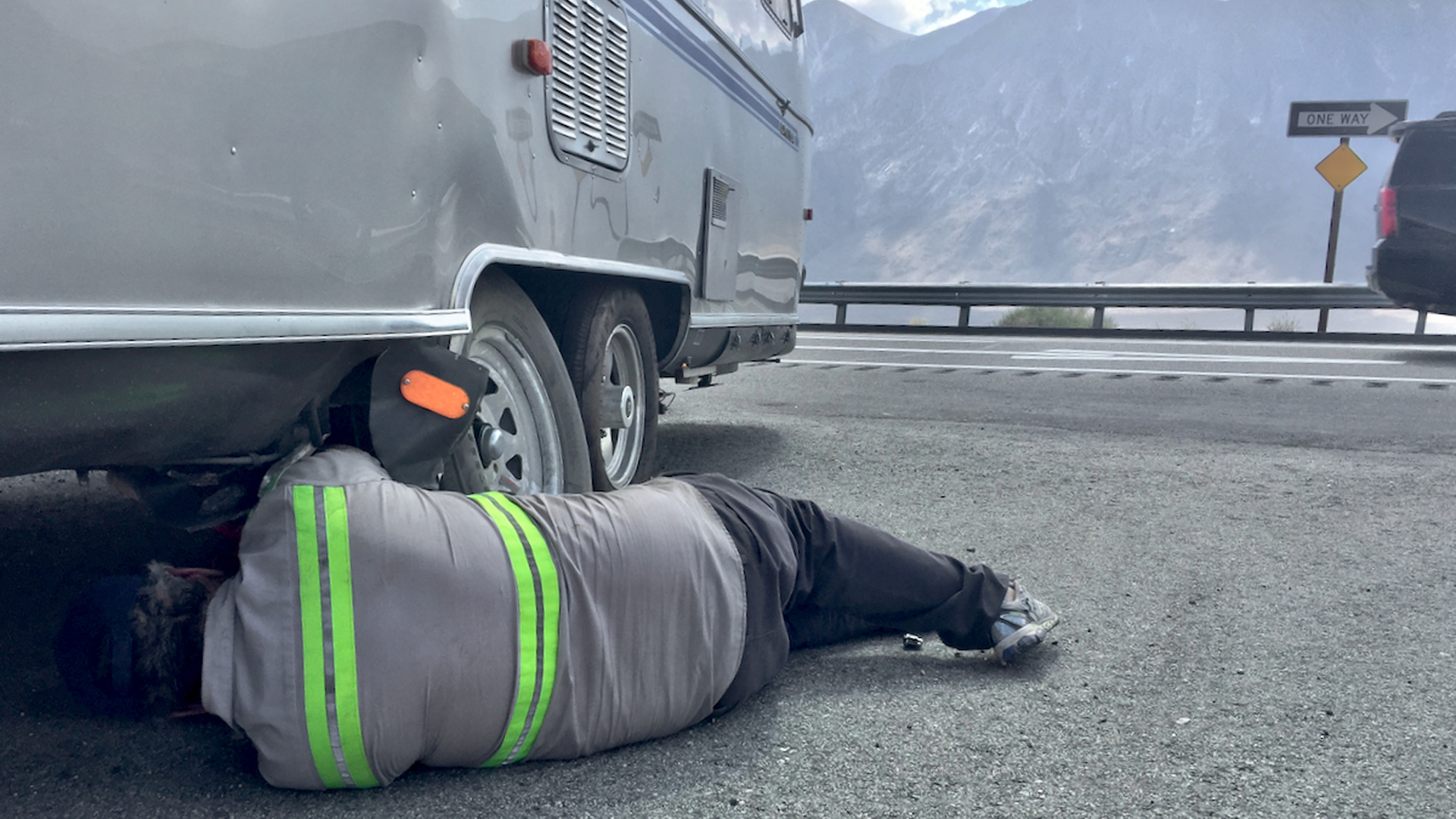 Fortunately, Beauty’s blown trailer tire caused minimal structural damage to the undercarriage. If we had been traveling at a higher speed, it could have been much worse. Later, we realized that the blowout was caused by a multitude of newbie errors, including too much air in the tires and some damage from winching the tire against a curb.

It was a wake-up call. This was not a dress rehearsal

The Magic of Mental Preparedness

In our first few weeks on the road, we had succumbed to the intoxicating powers of mobility and no reservations. Our newfound freedom of movement nudged us to take risks. It could happen to anybody but, for us, these serial errors were a sobering lapse in judgment.

In the 1970’s, we worked as magicians. Contingency planning and imagining “what if” scenarios were essential to our skillset. Sure, we look tame now, but back then our touring magic show featured human-sized illusions with real blades and explosives. As professionals, we checked and rechecked props and safety measures to the point of paranoia, and after thousands of performances, we never seriously hurt ourselves or lost an audience volunteer. 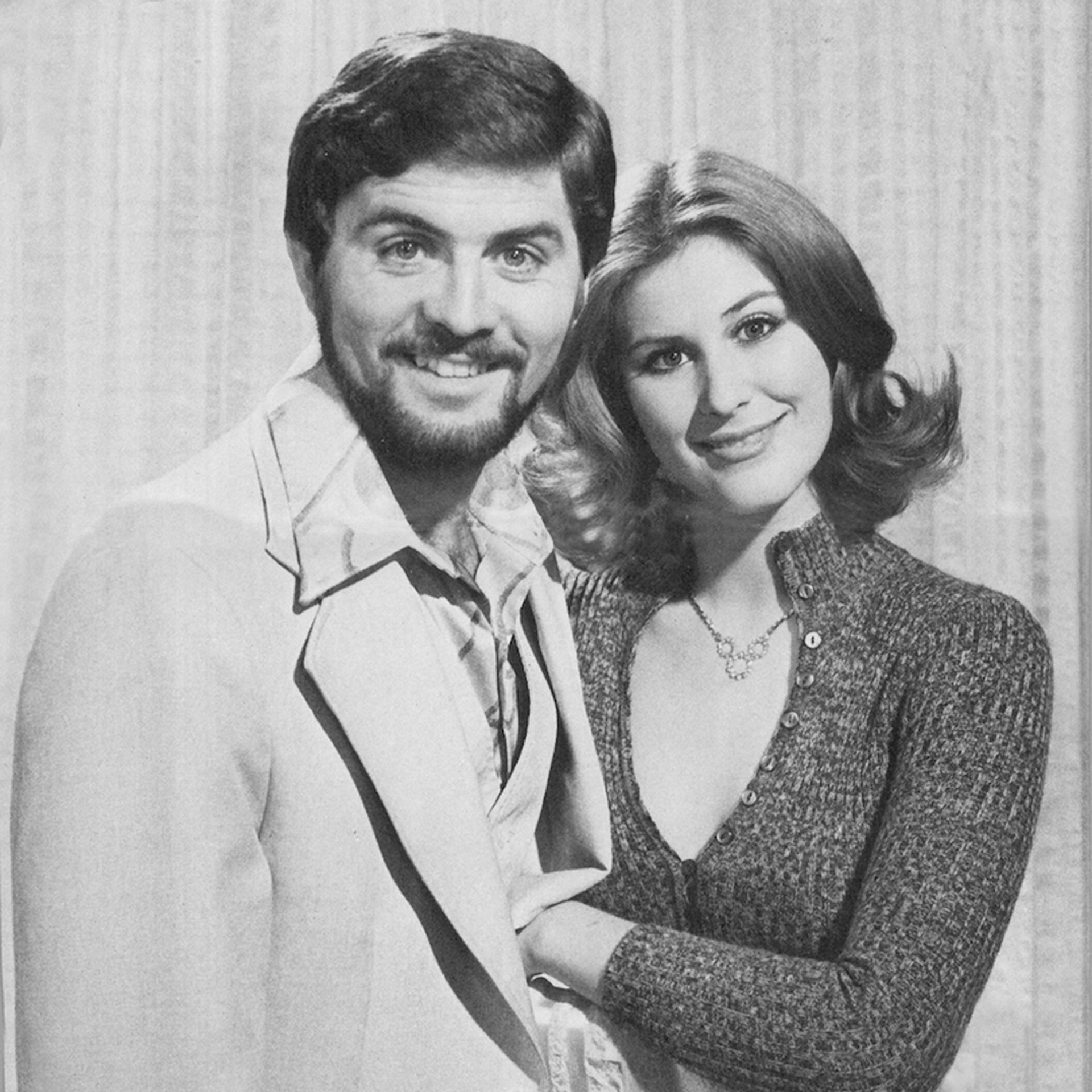 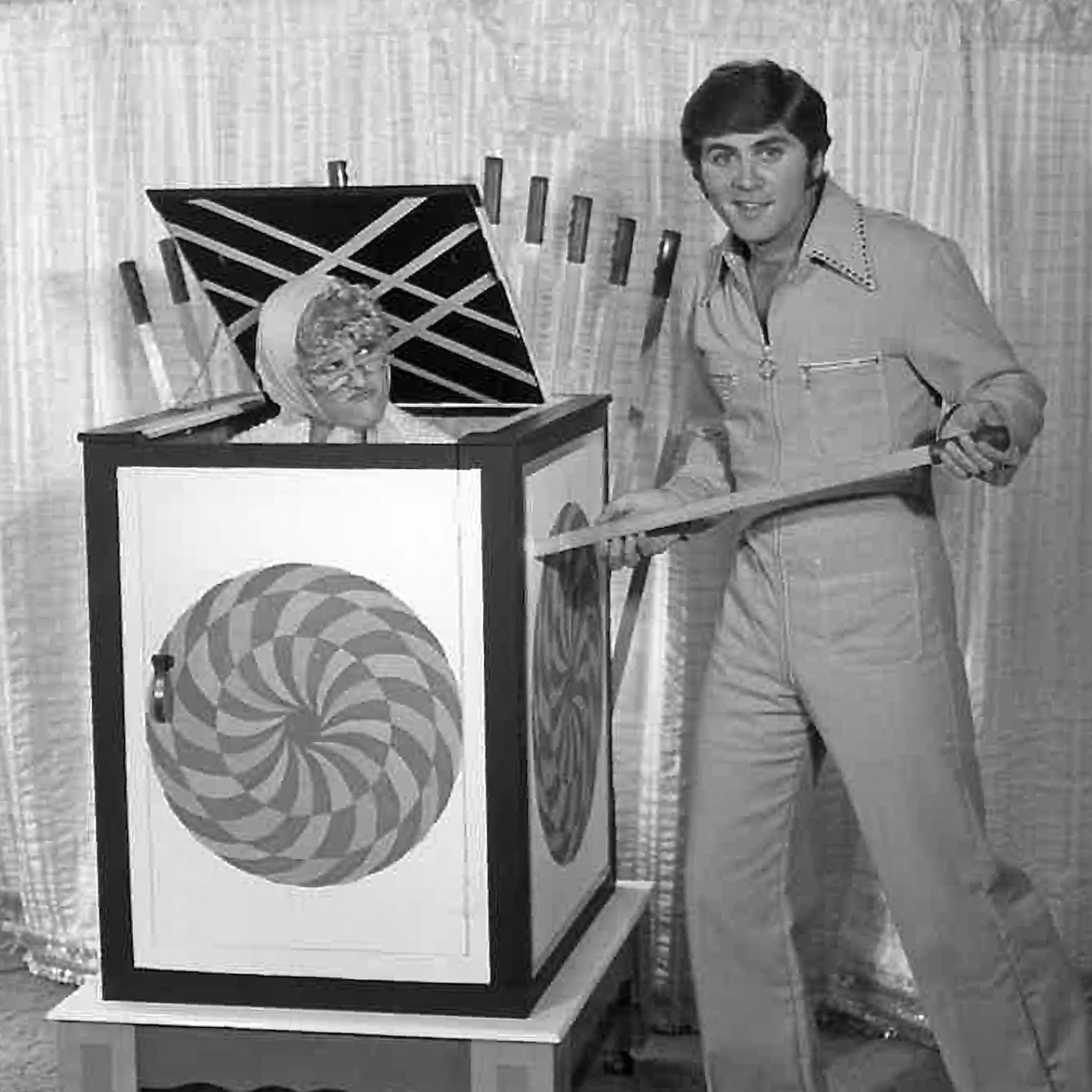 Jim’s career with the San Diego County Medical Society put those decades of experience to good use as he helped coordinate effective medical responses to potential county-wide disasters such as earthquakes, wildfires and pandemics.

Take it from Jim – a guy with two uncles, one from each side of the family, who lost an arm (one right and the other left) in accidents – there is no bad juju when it comes to imagining the worse and troubleshooting every imaginable scenario a species with opposable thumbs can create.

But thanks to great big human brains, most sticky situations are resolved without physical harm. Survival instinct is such a dominant response that most close calls turn out fine. Keen, split-second decisions are usually dependable reactions.

Mental preparation, equipment readiness and being financially prepared were all equally important to us before hitting the road full-time. Like an epic adventure novel, we anticipated that our biggest challenges may occur in those first few months. So, we fine-tuned our rig until every unit, feature, and item of gear hummed the same tune – as if all the separate parts were made to harmonize together.

Being in a rush led to the blowout.

In the transition to Forever Camping we surrendered many things, but we kept a solid grip on our fast-paced lifestyle. We never enjoyed hurrying but, being so conditioned to the city pace, we couldn’t imagine life any other way. Compared to recent years, our 2016 Travel Map looks frenetic. We covered territory like captive animals newly released into the wild. 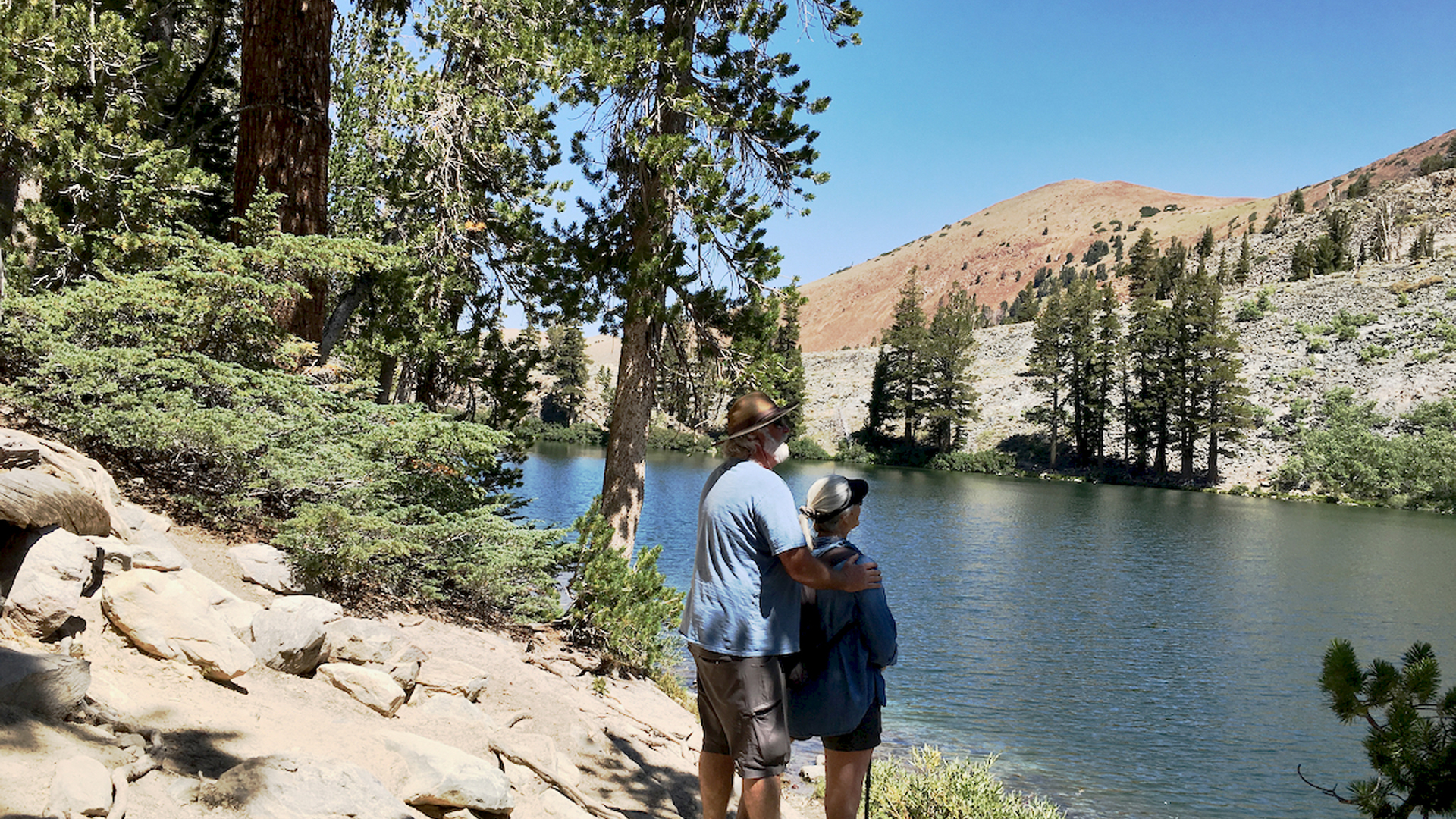 These days, we take it slow. Miles and distance are not the goal. For us, it’s all about being fully present. Musicians say, “To play fast, practice slow.” That applies to living in Beauty. One step at a time, intentional, measured movements, is a functional necessity when adapting to smaller quarters. At first slowing down felt awkward, but we soon adapted. Then, letting up on the gas – relaxing and staying longer between destinations – made the difference between being in a place and going to a place.

Crossing the desert from Big Bear to Mammoth was entirely unnecessary and dangerous in that heat dome situation. Rolling brown-outs during peak hours in Big Bear made us edgy and impatient. In hindsight, the solution was simple: move to a nearby park with a generator allowance. That way, we could run the air conditioner during the hottest hours of the day.

As we pulled safely to the side of the road – thankful that we’d stopped for a tank of fresh water, a bag of ice, and fuel for the generator – the stress lifted. We took cool showers in a comfortable trailer as we waited for roadside assistance. We discussed our next steps, researched tire shops and, since we were traveling without reservations, contacted several campgrounds in the Mammoth Lakes area.

The news was both good and bad. We found an excellent tire shop and made an appointment, but every campground within thirty miles around was full of concert-goers for the Bluesapalooza Festival.

Finally, roadside assistance arrived, but our hero was ill-equipped. He had no tire-inflation device for the spare. Way out in the burning hot desert, it is what it is. While Jim retrieved our recently purchased tire-inflator, I formulated reasons to go into the air-conditioned trailer.

“Ice water for Everybody!”

Reaching into the refrigerator, I noticed the champagne. There's always a chilled bottle on hand. It’s our tradition. 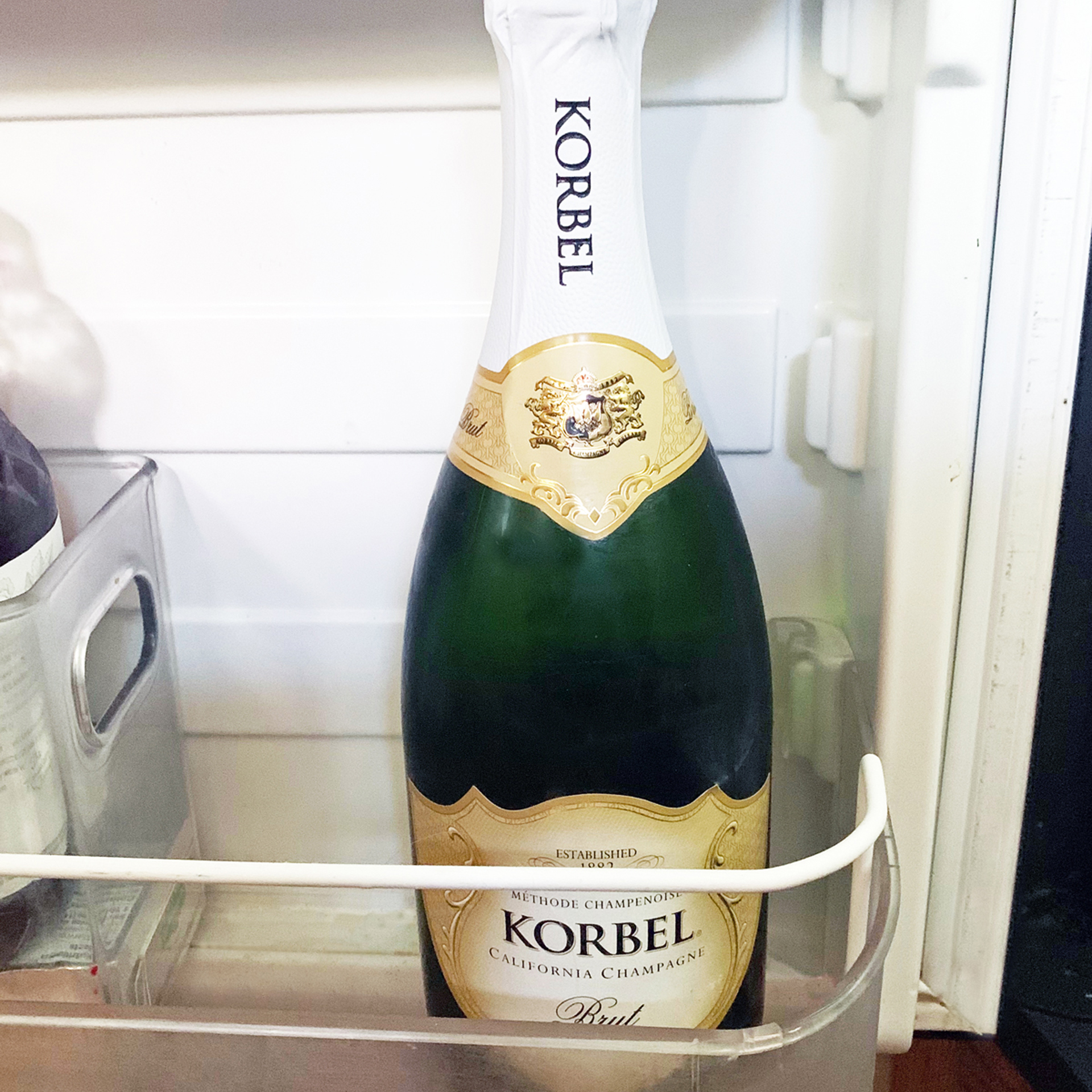 A celebration bottle is a testament to life’s uncertainties. At any moment, when we least expect it, something wonderful and life changing may happen. A chilled bottle of champagne is a talisman to summon happiness and luck to our door. “You look silly,” I thought. Here, broken down on the side of the road in a parched desert, being champagne-ready seemed out of touch with reality, like a bikini in a blizzard.

But that perky bottle refused to let me wallow in defeat. “Oh, c’mon,” it seemed to say, “it can’t be all that bad.” I didn’t even have to open it to think of all the things we did right.

Right thing # 1: We weren’t listening to music while driving. That’s why we heard the soft vaporous sound of the pop.

Keeping an ear to the rig while underway goes back to the magic show days and our heightened senses as we listened for key sounds through a framework of choreographed chaos. Strobe lights flashed to loud music and fog billowed as Jim thrusted swords with menacing abandon into a colorful box where I waited, unseen by the audience, crouched in an impossible position like a crunched up Barbie doll, dodging swords as I changed costumes and characters.

Meanwhile, Jim’s command of the stage kept the audience rapt. Throughout his deceptively wild performance his ear stayed tuned to our secret signals conveying my need for more time, or more air, and for my “ready” cue to pop out of the box in a flowing white silk pantsuit while revealing Sebastian Rabbit in my arms – our live white bunny who always received the most adoring applause. 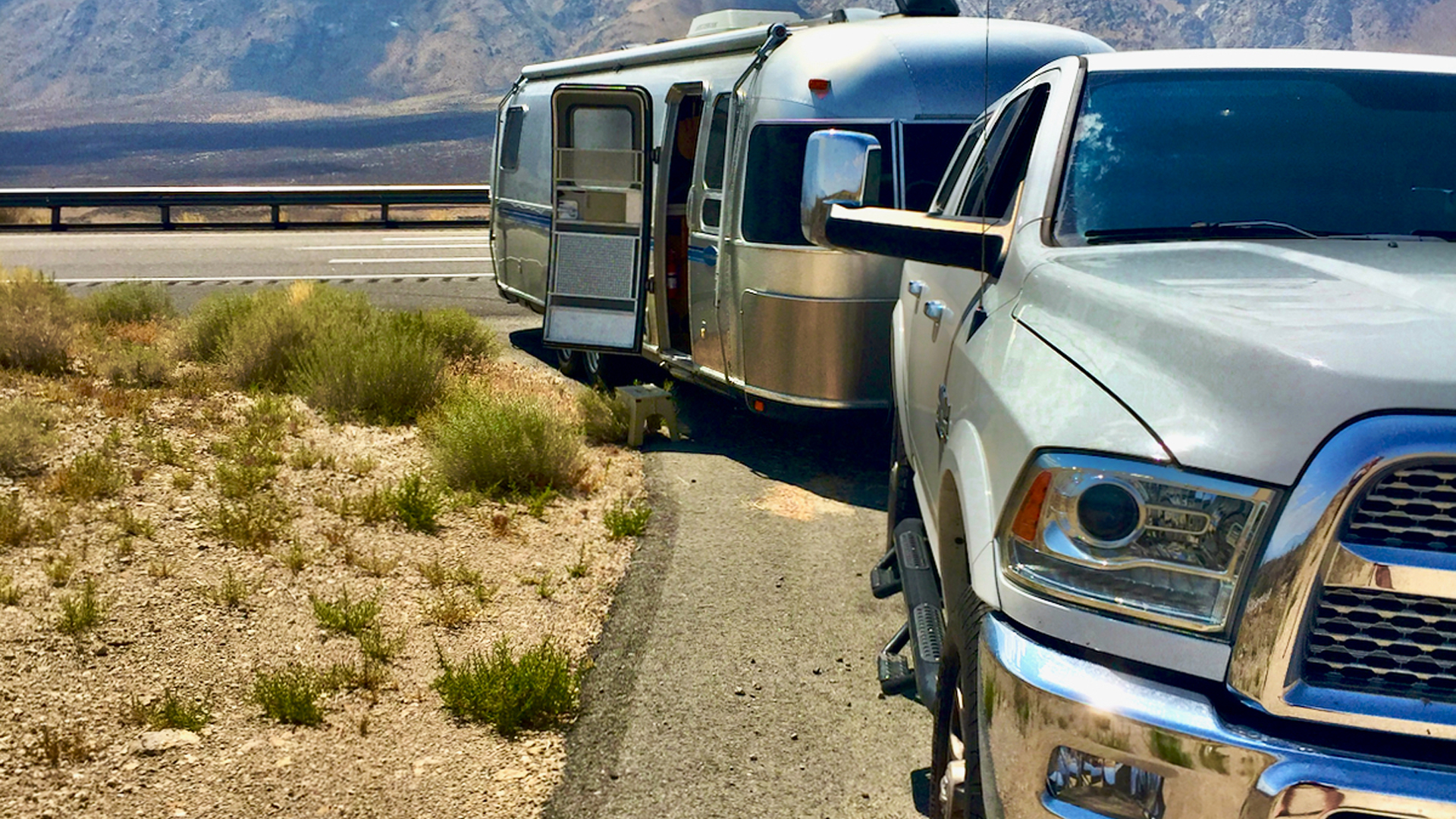 Right thing #2: Jim trusted my instincts. Neither of us had ever heard a blowout before, but he didn’t question my analysis and responded immediately.

Right Thing #3: Jim indulged my instinct about the pullout. That goes back to Rule #1 in improv theatre: Always agree, or no more speaking parts for you.

Embracing the Partnership and Seeing the Silver Linings

With our birthdays balanced on opposite sides of October, a see-saw is an apt metaphor for our partnership. We face every issue from an opposite perspective. Yet, we find the other fascinating and their ideas have weight. Our strength, creativity and joie di vivre, even in times of crises, is grounded in respect.

“Tiny bubbles in the wine,

Make me feel happy, make me feel fine. Tiny bubbles make me warm all over, With a feeling that I’m gonna love you till the end of time.” – Don Ho

As the sun showered the mountains with backlighting, our technician finished his work and sallied off into the desert. Ready to go, we idled there wondering what would be the safest way to back a 50-foot rig onto a highway from behind a blind curve at dusk. As if on cue, a California Highway Patrol car drove up, lights flashing and siren whooping. The officer blocked the lane so we could pull out safely.

While driving up the mountain into Mammoth Lakes, a campground returned our call. They had a space! A few minutes later, as we pulled the rig under the shady pines, Jim spotted our tire shop directly across the street. And, that, Dear Reader, is what emergency champagne is for. 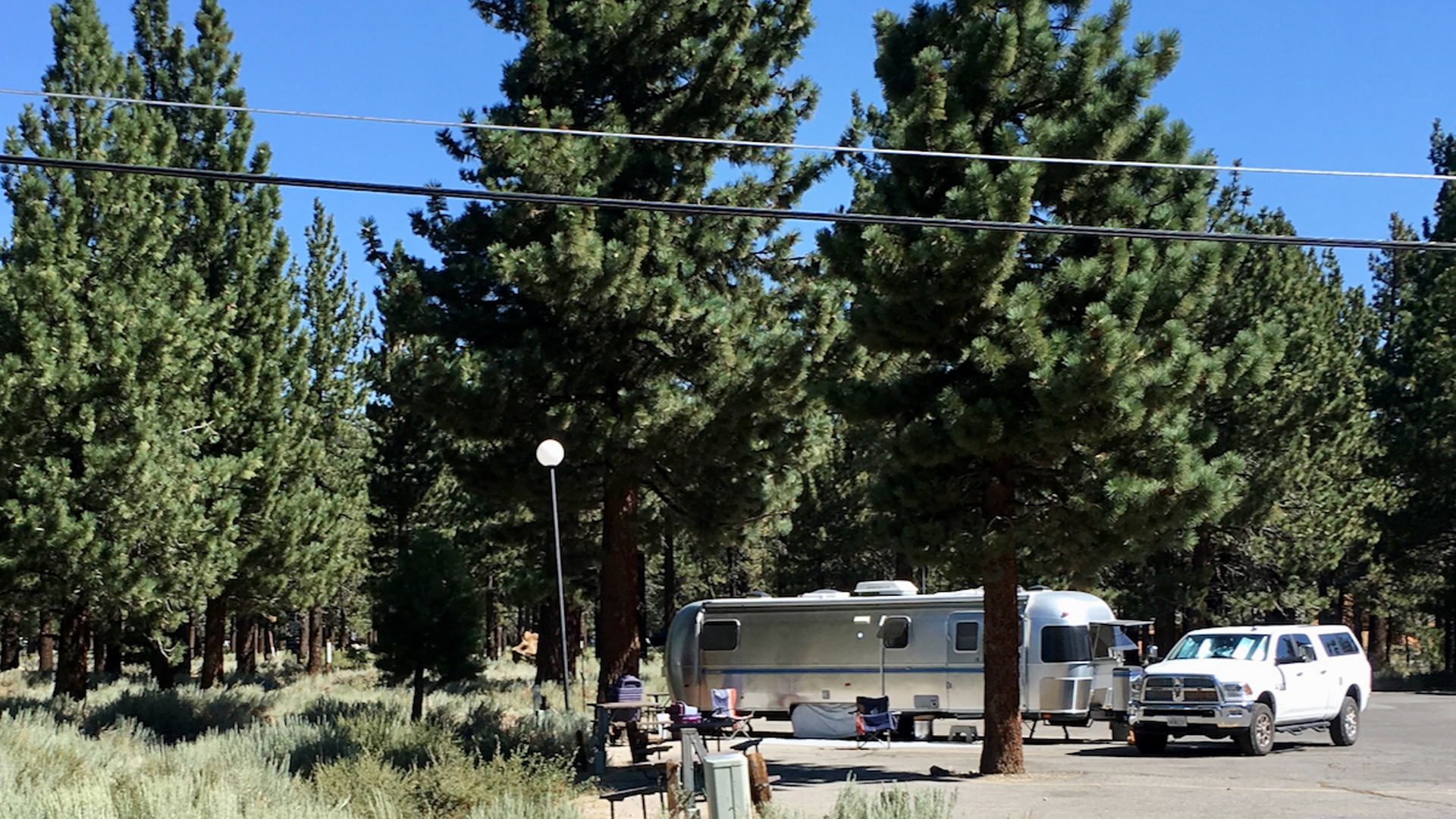 The Road taught us a good and lasting lesson that day: When everything is out of control, help rises to the top.

Those sparkling Mammoth vibes continued throughout the week as we scored last-minute tickets for Bluesapalooza, connected with San Diego friends, hiked to a fabulous hot spring, and relaxed while the new 16″ wheels and tires were installed in our campsite. 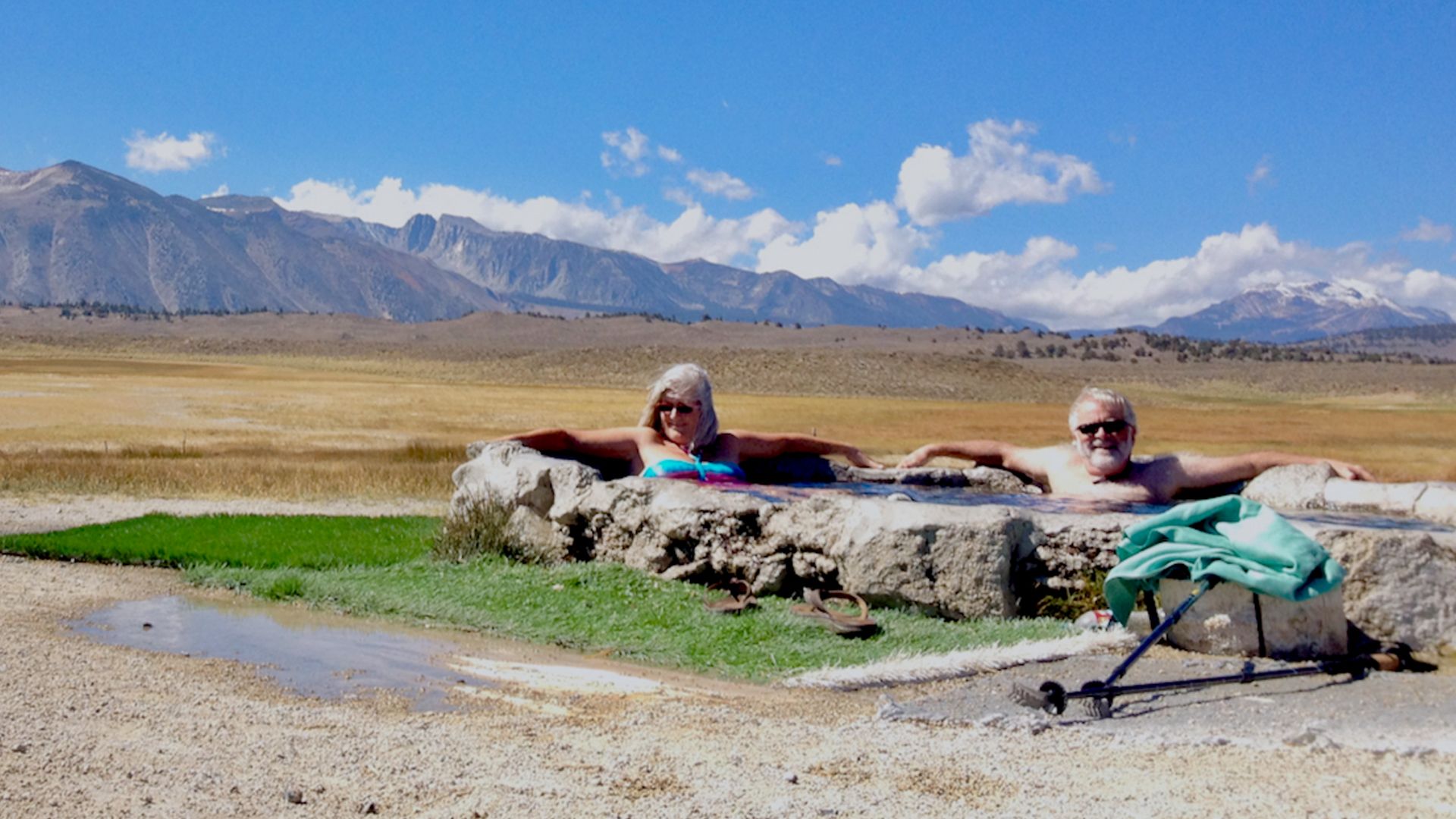 We’re on the ride of a lifetime with Beauty and The Beast. We go places that can’t be seen or fully experienced from a hotel. Every day we spend traversing the planet in the champagne of trailers is a day worth celebrating. We are Forever Camping. That makes us the luckiest people in the world.

Things break, but making repairs in paradise is the stuff adventures are made of. Perspective is gold. We live in an Airstream, so when something goes wrong, it’s usually a small something. A carefree attitude is the most valuable gear on board.

In South Dakota, a hail storm popped in for Happy Hour. But we were inside, the awnings were not out, the damage was cosmetic, our insurance was up to date, and we were educated about quarter-sized hail. 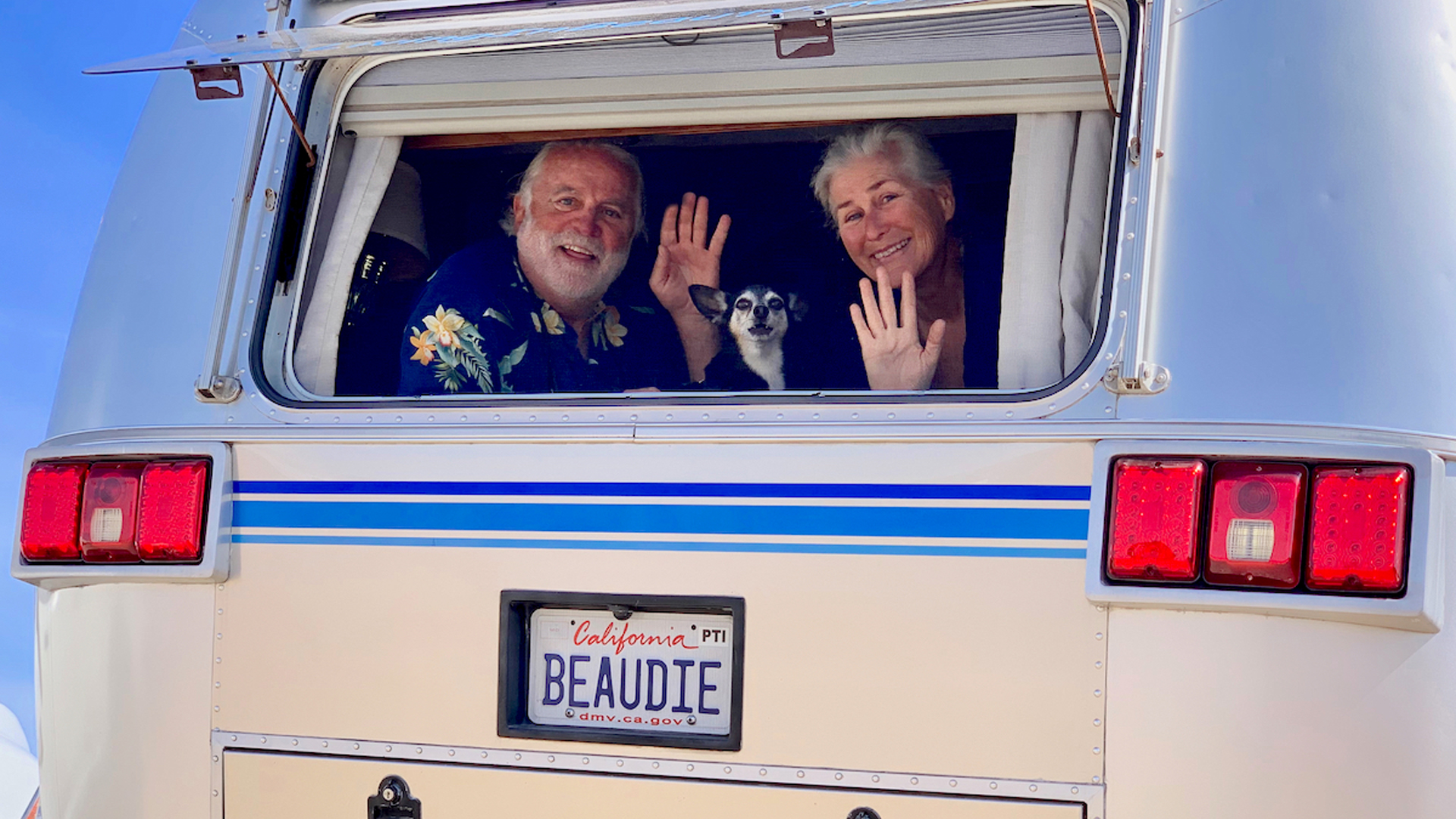 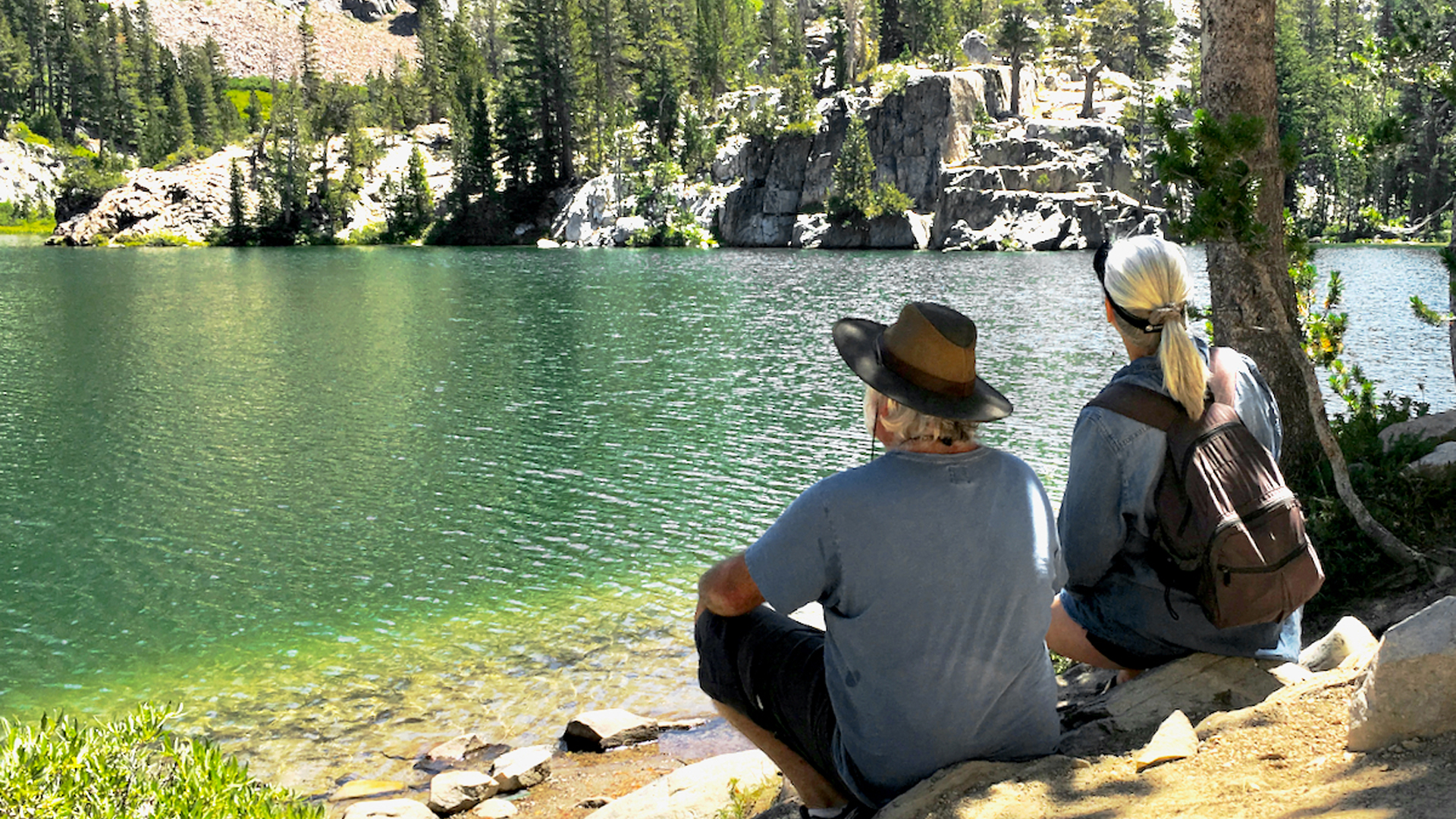 Prepare. Slow down. Listen. Trust your instincts. Expect the best outcome. Learn from your mistakes. Forgive yourself, and always keep refreshments in the fridge. That’s our strategy. Bopping around the planet in Beauty is a privilege, so we celebrate – even the bumps and bruises – with a bottle of bubbly.

Our needs are few, our house is small, every day is a fantastic adventure and there's always plenty to go around.

Just remember to bring your own glass.