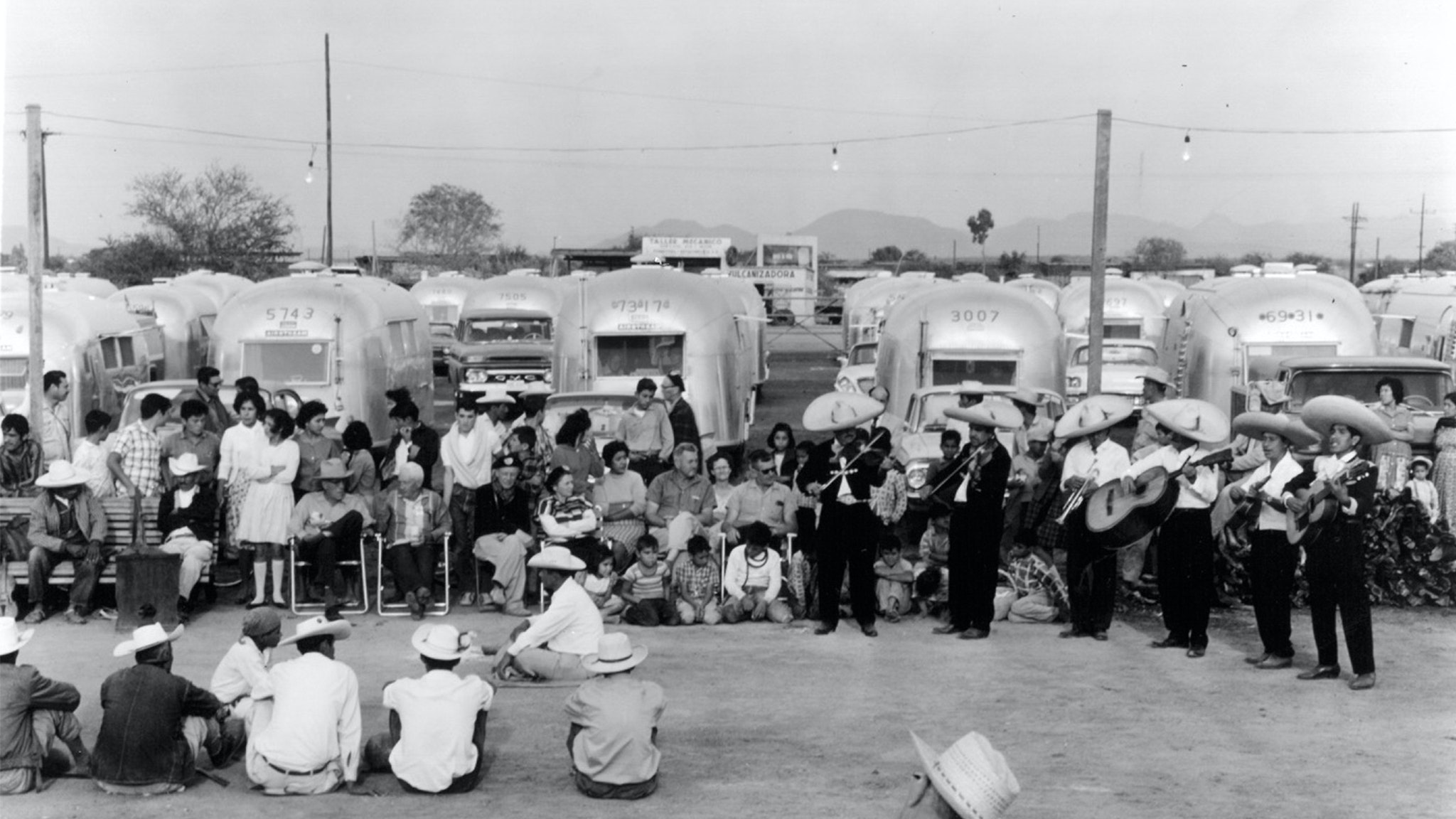 From the early beginnings of Airstream history, the quest for adventure and new experiences has often led to Mexico. In the 1930s, impressed with the streamline design and luxurious interior of the Airstream Clipper, the then-President of Mexico, Lázaro Cárdenas, ordered a specially built 22’ model. Wally Byam and his first wife Marion towed the Clipper themselves to El Paso, Texas, where they delivered it to representatives from the Mexican government. 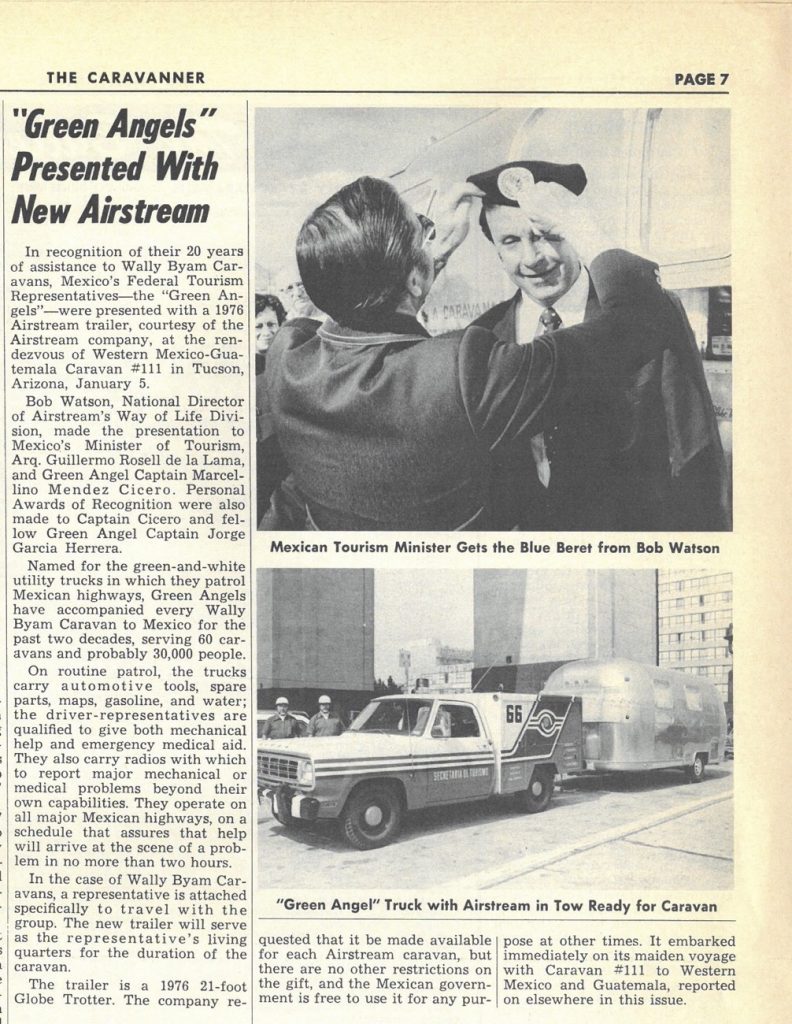 Always seeking adventure, in 1951, Wally suggested to several friends that they go on a trailer caravan from Southern California to Mexico. The idea caught on and Wally decided to advertise a caravan to Mexico and Central America in the Los Angeles Times. Wally expected around 35 trailers and was surprised when 63 arrived at the departure point. The group traveled through Mexico City and Central America for four months, seeing many incredible sights. However, the trip presented several challenges as caravanners experienced rough roads, broken axles, and overheated tow vehicles. In the end, only 14 trailers completed the trip and Wally vowed to never lead another caravan. Luckily, that vow did not last and Wally led another caravan to Mexico in the Winter of 1952-1953. Caravans would become an integral part of the Airstream Way of Life.

Airstream often expressed gratitude for the friendliness and hospitality that caravanners received over the years while traveling across Mexico. One of the crucial services that Mexico provided for the caravanners was the assistance of the Ángeles Verdes, or “The Green Angels” – a bilingual crew of Federal Tourism Representatives who operated service trucks and patrolled the highways in Mexico, providing aid to travelers. Named for the green and white utility trucks in which they patrolled, the Green Angels carried tools, spare parts, maps, gasoline, and water. The drivers were qualified to provide both mechanical and emergency medical aid. 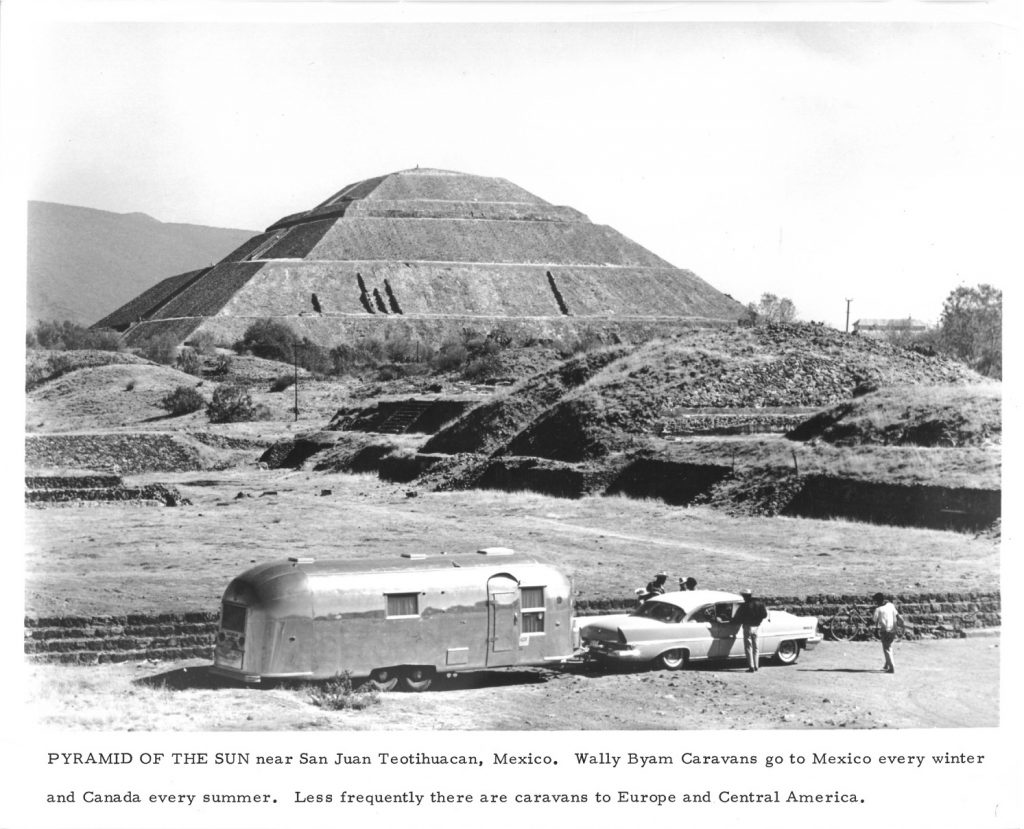 Each year, a representative of the Green Angels would follow the Airstream caravan to provide service in addition to the caravan’s own service truck. By 1977, the Green Angels had served 60 Airstream Wally Byam Caravans to Mexico, helping approximately 30,000 people. In recognition of their 20 years of assistance, the Green Angels were presented with a 1976 21’ Globe Trotter during the Western Mexico-Guatemala Caravan #111 on January 5, 1977. Bob Watson, National Director of Airstream’s Way of Life Division, presented the travel trailer to Mexico’s Minister of Tourism, Arq. Guillermo Rosell de la Lama, and Green Angel Captain, Marcelino Mendez Cicero. In addition, Captain Cicero and his fellow Green Angel Captain Jorge Garcia Herrera were presented with Personal Awards of Recognition.

The Green Angels continue to help Airstreamers who travel to Mexico today. They patrol highways across the country and offer aid in the event of a breakdown, accident, or medical emergency. In addition, they can report on road conditions and provide tourist information. Is there anything better than a tradition of safe travels and unforgettable adventures?