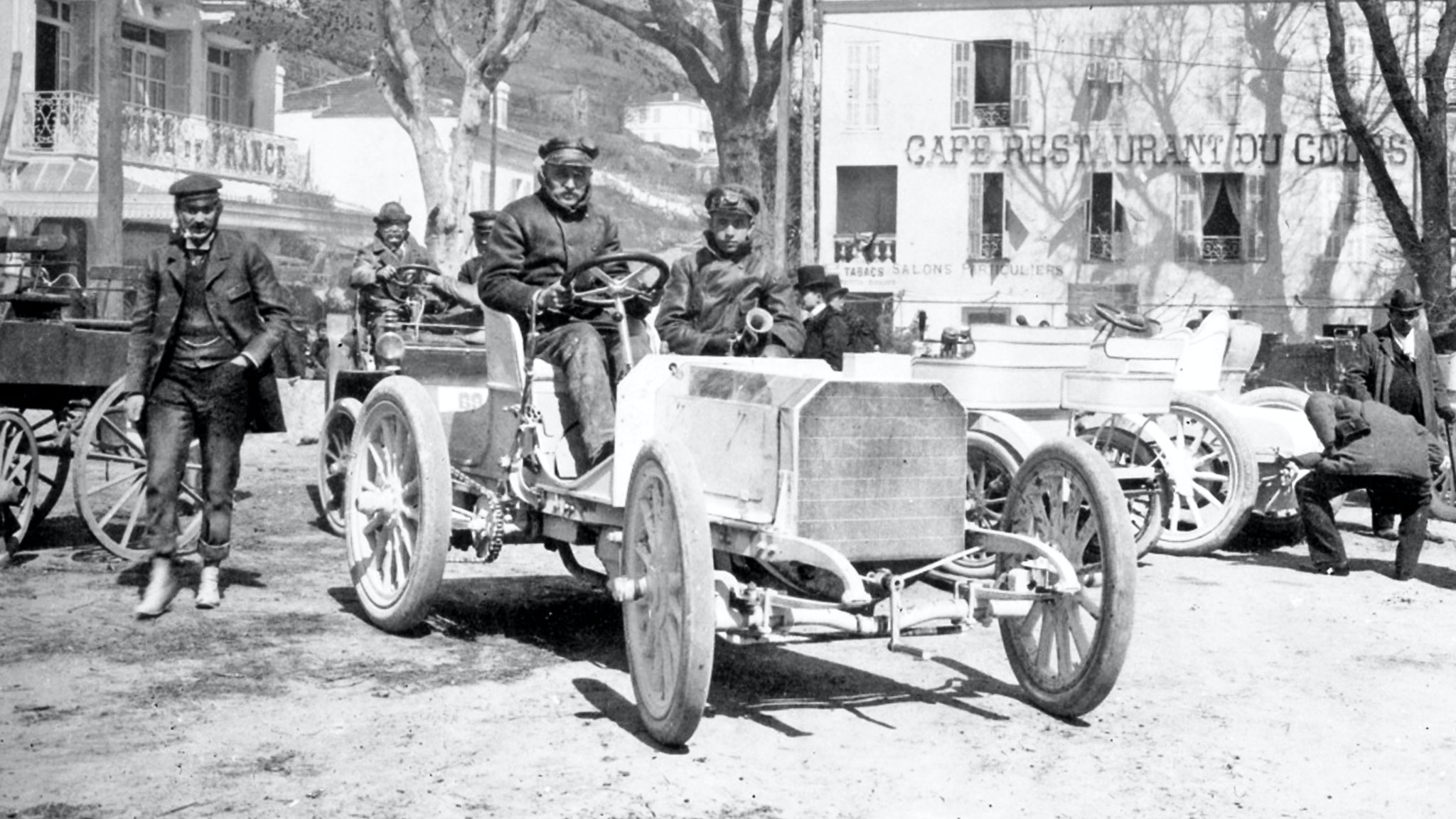 Airstream’s partnership with Mercedes-Benz® has been a natural fit from the beginning. Mercedes-Benz’s reputation for the best safety and convenience mirrors Airstream’s own standards for lasting quality and streamlined design. Explore the history of these two iconic brands and discover how their journeys became intertwined in the development of the Airstream Touring Coach.

Legendary Performance That Stands the Test of Time

For Mercedes-Benz®, performance, safety, and mobility have been paramount from the very beginning. It all began in 1886 when German engineer Carl Benz submitted a patent application for his “vehicle with gas engine operation." Today, this patent is recognized as the “birth certificate” of the automobile and bears the name “Patent-Motorwagen” (“Patent Motor Car”).

Carl was unsure if his vehicle was ready for the road; however, his wife Bertha, a visionary in her own right, was determined to demonstrate the practicality of a motor car. In 1888, she became the first person to undertake a long-distance journey with a gas-driven automobile when she drove approximately 60 miles with her sons across Germany to visit her mother. It was quite the adventure as Bertha had to clean the carburetor and make a few repairs along the way, but word quickly spread about the invention and Bertha’s bold spirit would change the world forever.

Carl Benz once said, “The love of inventing never dies.” This was apparent in 1896 when he recognized the need for a vehicle that could handle heavy loads. In response, the Benz company invented the motorized van, referred to at the time as a "combination delivery vehicle."

1896 was also an extremely important year in the history of Airstream. Airstream founder Wally Byam was born on the Fourth of July, 1896, in Baker City – a boom town along the Oregon Trail. He grew up working hard with his uncle on a sheep farm, where he lived in a wooden wagon towed by a donkey. Inside the wagon he had a stove, food, water, and everything he needed, which would later inspire his first travel trailer.

Around the same time that Benz was working to develop his self-propelled automobile, German designer Wilhelm Maybach & German engineer Gottlieb Daimler developed an internal combustion engine, known today as the "Grandfather Clock." The engine's compact, low-weight design made it ideal for the automobile. In 1890, Daimler founded the 'Daimler-Motoren-Gesellschaft' or DMG company.

Unfortunately, Gottlieb Daimler would not live long enough to witness one of the most outstanding designs Maybach produced for the company: the 35 hp Mercedes. The design, introduced in 1901 and known today as the first Mercedes, was a powerful, lightweight vehicle with a low center of gravity. The development of this groundbreaking design, often considered to be the first modern automobile, signaled the end for the use of carriages in automobile manufacturing. 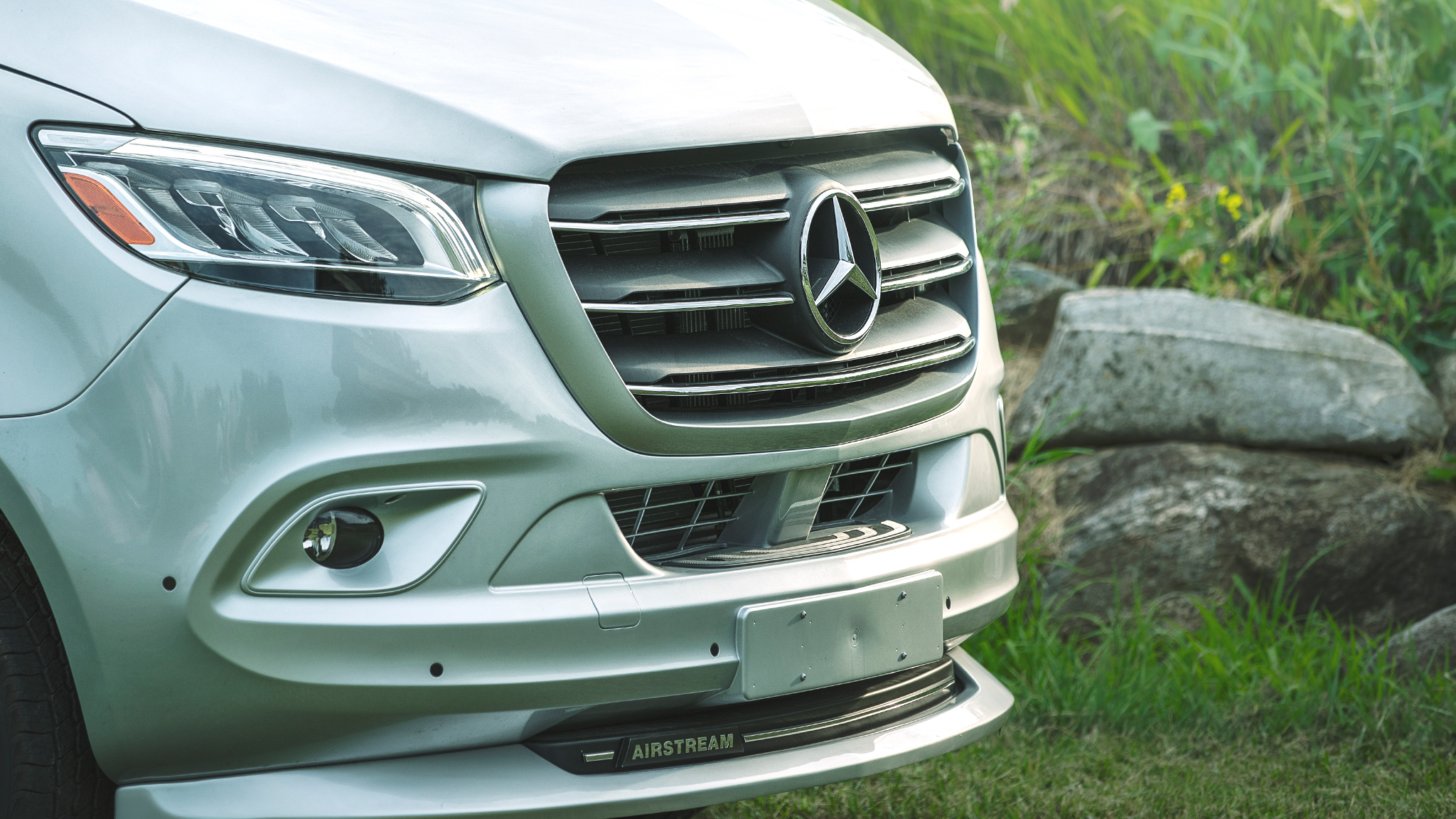 Following WWI, sales for luxury goods such as passenger cars were hit hard and many businesses were forced into mergers in order to survive. Competitors for many years, DMG and Benz & Cie. entered into a joint venture in May 1924. Focusing on coordinated designs, production techniques, and purchasing strategies, the joint marketing activities of the “Mercedes” and “Benz” brands came together under the newly founded “Mercedes-Benz Automobil GmbH”. In June of 1926 the Daimler-Benz AG was officially established.

A few years later, in 1929, Airstream history was made. Wally Byam and his first wife Marion went camping regularly, but she never enjoyed sleeping on the ground in a tent. So, in 1929, Wally put together a tent contraption on top of a Model T chassis. It was mobile, but it wasn’t a lot of fun in the rain, and it was a chore to put together. He went back to the drawing board and replaced the tent with a teardrop-shaped permanent shelter – and added a stove and ice chest, too. It was a proper trailer and it caught the eye of so many other travelers that Wally decided it might be “a pretty good business to get into.” The first Airstream factory was opened in Culver City, California, in 1931.

The 1950s saw a period of growth for both Airstream and Mercedes-Benz®. In 1951-1952, Wally Byam led the first Airstream Caravan through Mexico and Central America. He would go on to lead several Airstream Caravans across Canada, through Europe, and perhaps most famously from Cape Town, South Africa to Cairo, Egypt. By 1952, Airstream had outgrown its California factory and opened a second plant in Jackson Center, Ohio, to reach eastern markets.

At the 1955 Frankfurt International Motor Show, Daimler-Benz AG introduced its first genuine van, the new L 319. The van's rustic and robust design was well-received by customers. In 1958, the company launched a crash test program for the first time to make Mercedes vehicles the safest on the road.

For the first four decades of Airstream’s life, the company had been exclusively a travel trailer company – Wally Byam had thought several times about diversifying and producing a motorhome, but each time decided against it. In 1974 that all changed. With leadership wanting to avoid being entirely dependent on one product for revenue, the Argosy motorhome debuted. Sales were modest, and the Argosy line would be discontinued in 1979. But the innovative design would live on in later motorized Airstream models.

As the need for vans grew, Mercedes-Benz® surpassed all expectations to become the world’s largest commercial vehicle manufacturer. In 1995, the first-generation Sprinter Van was launched in Europe, winning that year’s “International Van of the Year” award. 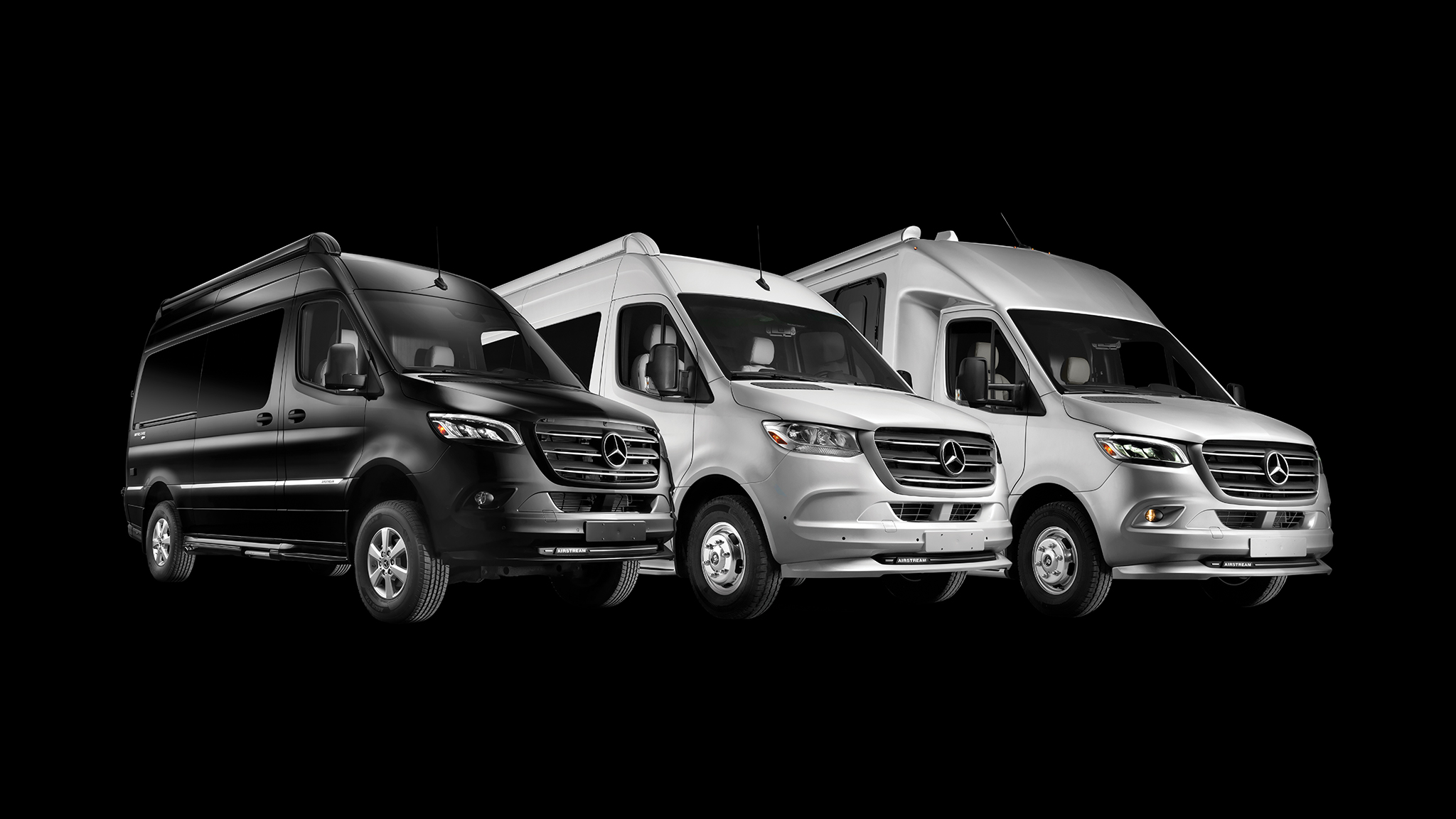 Though Airstream had experimented with motorhomes in the past, the launch of the Interstate Touring Coach in 2004 was the beginning of a truly inspired collaboration with Mercedes-Benz®. Iconic Airstream design and legendary German engineering come together in the Class B and Class B+ RVs. Inside the cabin, you’ll find every luxury you need to feel completely comfortable, and behind the wheel, you’ll have every safety and performance feature you need to make traveling a true pleasure.