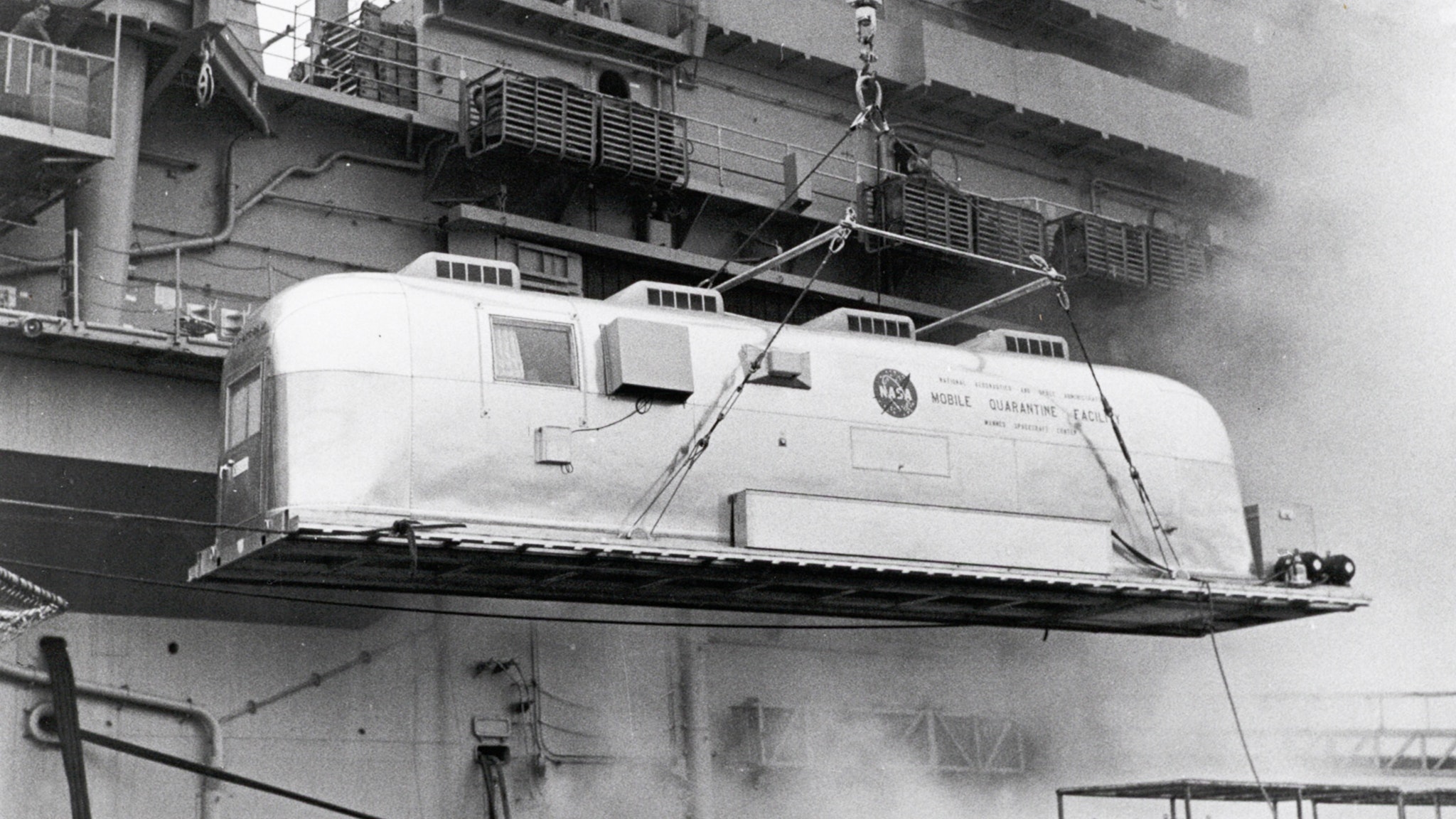 The story of the Airstream Mobile Quarantine Facility.

As NASA was preparing to send astronauts to the moon in the 1960s, concerns arose in the scientific community about the threat of unknown lunar pathogens. Fears spread that astronauts could come into contact with bacteria on the surface of the moon and expose others upon their return, leading to an outbreak of disease.

While this threat was considered minimal, the need for precaution led to the creation of the Interagency Committee on Back Contamination (ICBC) who searched for ways to safely deal with the threat of lunar micro-organisms. The ICBC and NASA agreed that the astronauts and the samples they collected should be transferred from splash down to the Lunar Receiving Laboratory in a Mobile Quarantine Facility (or MQF). 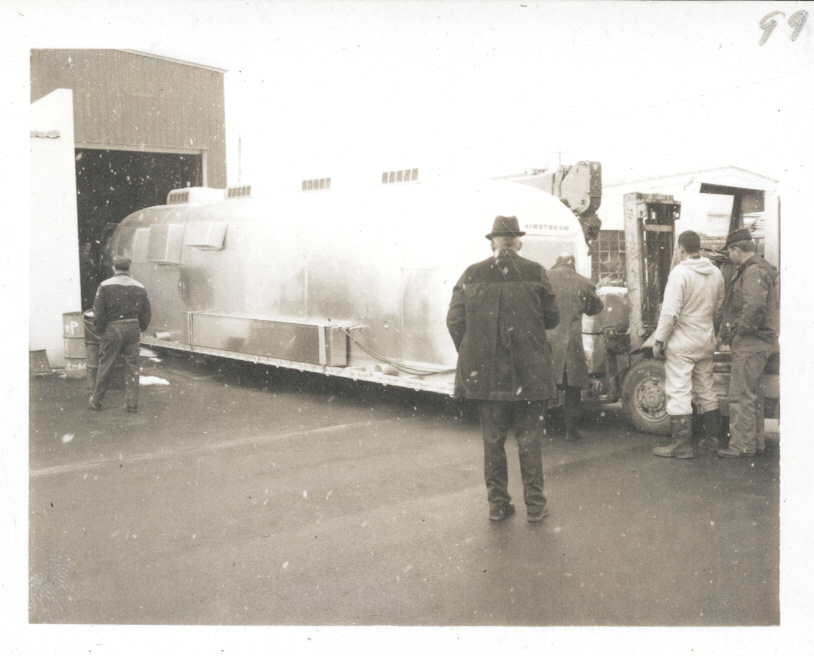 NASA contracted with a company known as Melpar, Inc. who then subcontracted with Airstream to build the MQF. In total, Airstream built four MQFs which were essentially modified travel trailers. An Airstream travel trailer seemed like the natural choice due to its “aircraft-like” construction, self-containment features, and high-quality living quarters that could withstand the rigors of transportation.

The MQF was 35’ long and adapted for transport by ship and cargo plane. The sealed aluminum trailer utilized exhaust fans and filters to create an internal negative pressure for biological isolation. A decontamination transfer lock feature was added to allow for the transfer of samples and film that the astronauts had collected. Inside, the MQF provided comfortable living areas much like a standard Airstream trailer including bunk beds, a kitchen, and a bathroom. There were also several unique interior features including a medical examination table in place of the typical credenza table. In addition, each person had a mounted seat with a seat belt and straps on their bunk bed to be used during flight or while moving from one carrier to another.

The first MQF was used for Apollo 11 astronauts Commander Neil Armstrong, Command Module Pilot Michael Collins, and Lunar Module Pilot Edwin “Buzz” Aldrin. They became the first people to land on the moon on July 20, 1969. A few days later, on July 24, 1969, they returned to Earth and splashed down into the Pacific Ocean. They were given hazmat suits and transferred to the USS Hornet where they entered the MQF along with Recovery Engineer John Hirasaki and Flight Surgeon Dr. William Carpentier. 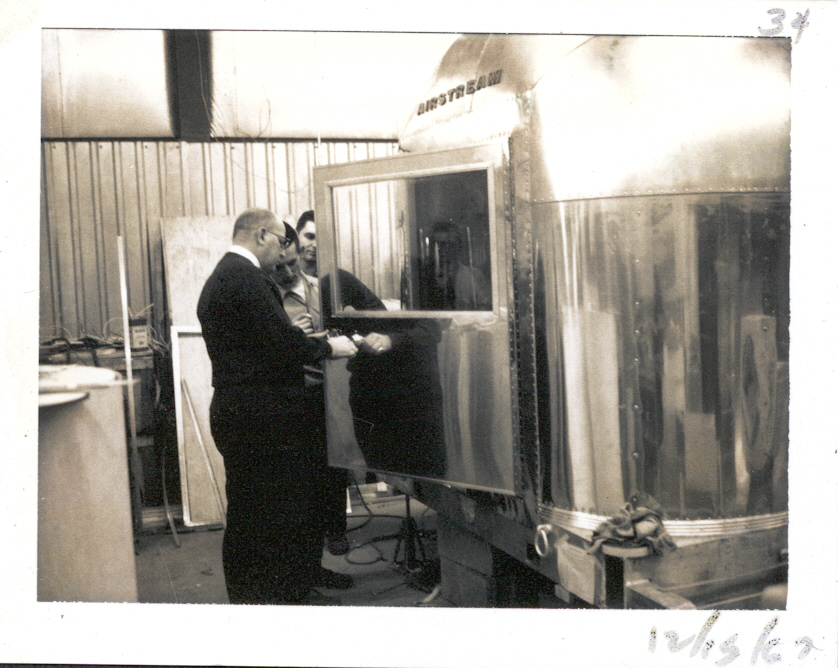 Employees here at Airstream beamed with pride at their televisions as they watched the astronauts speak with President Nixon while peering through the rear window of the MQF. While in the MQF, the astronauts went through medical exams and filled out reports. They also ate, relaxed, and shared stories of their adventures with Hirasaki and Carpentier. 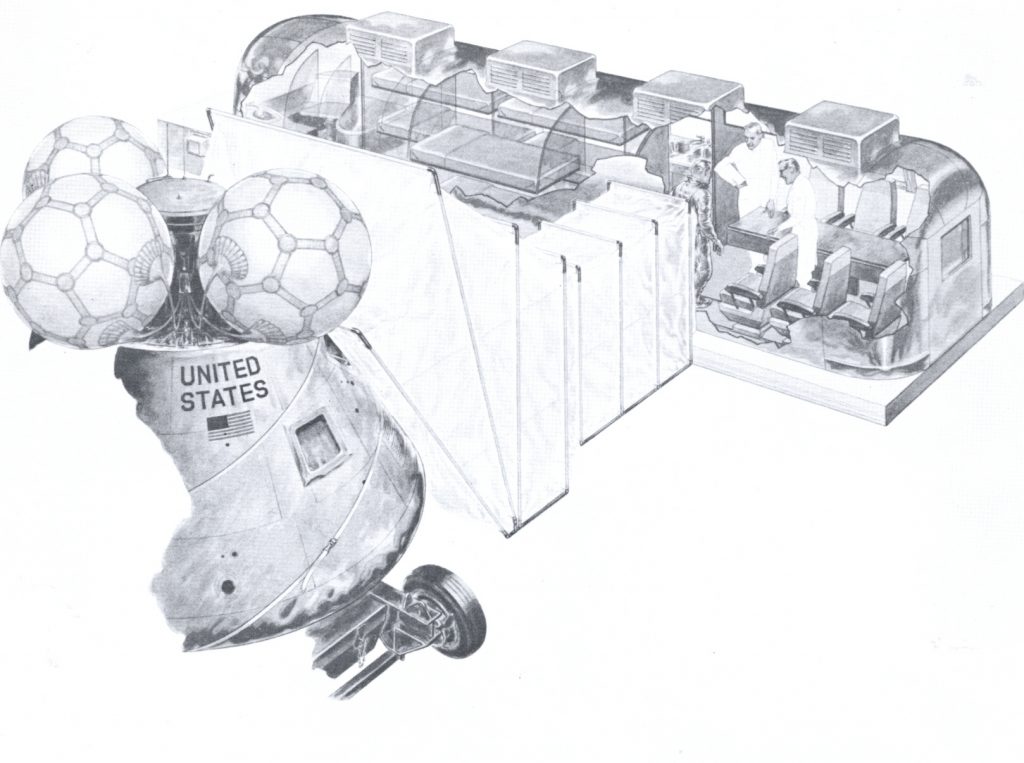 Airstream’s relationship with NASA did not end once the MQFs were no longer in use. In 1983, NASA began using a modified Airstream Excella Motorhome, known as the Astrovan, to transport astronauts from the Operations and Checkout Building at the Florida Kennedy Space Center to the launch pad. The Astrovan was used from 1983 until the program was discontinued in 2011.