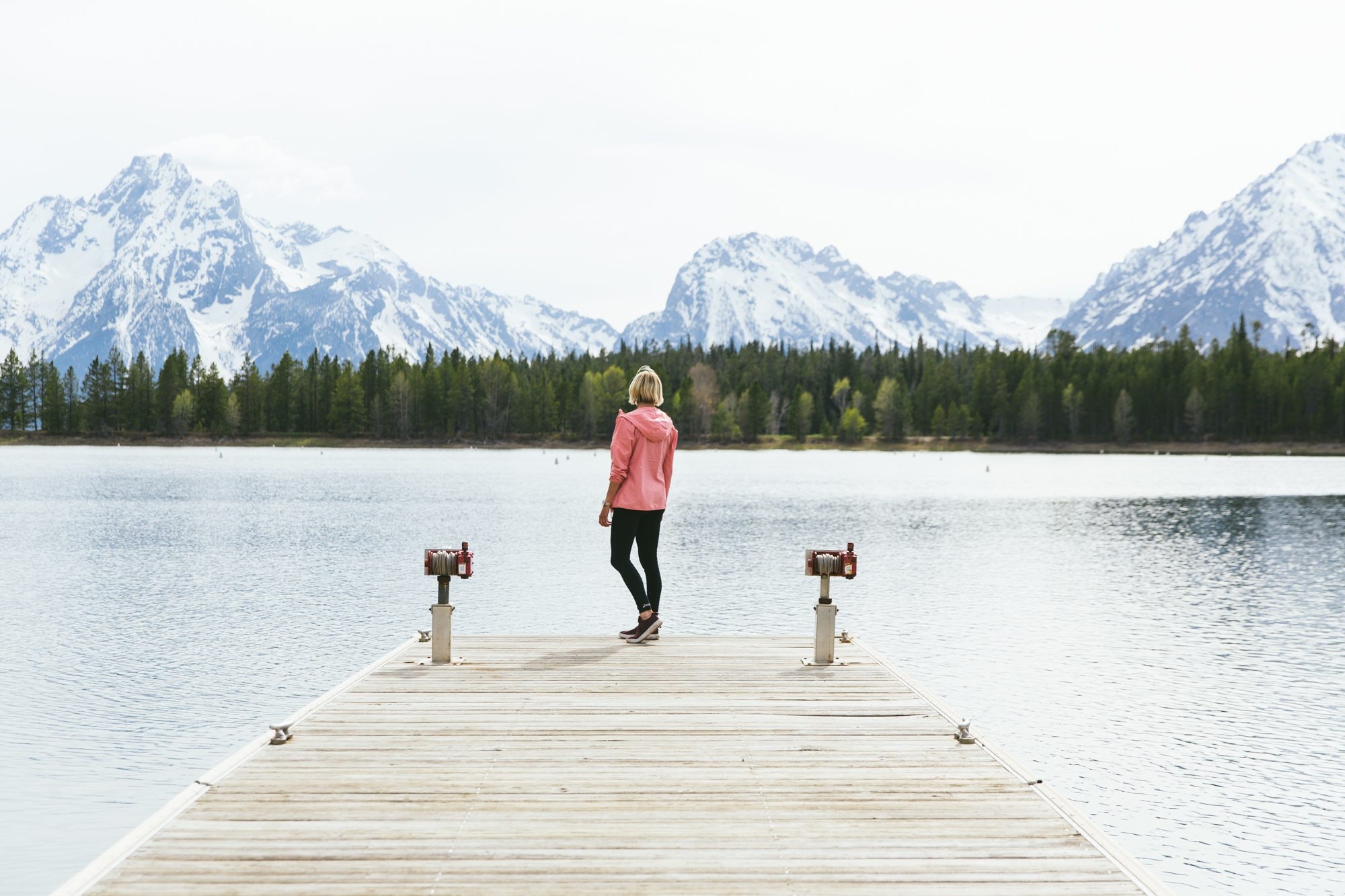 Although Laura Austin’s #EndlessCaravan trip in Nest wrapped up in June, she’s still sharing about her traveling experiences while back at home in L.A. This week, she shares a few bucket list items that she was able to check off during her two-month journey in Nest.

I’ve checked quite a few National Parks off my list during my many years on the road. However, Yellowstone National Park was always a looming name on this hypothetical list that I never seemed to make my way to visit. Before this trip, I don’t think I have ever even been to Wyoming… which seems ridiculous as I spent my childhood in the neighboring state of Colorado. That being said, on my two-month trip in the Airstream Nest I felt obligated to include Yellowstone National Park on my list of destinations. I needed to finally check off that box on the bucket list. 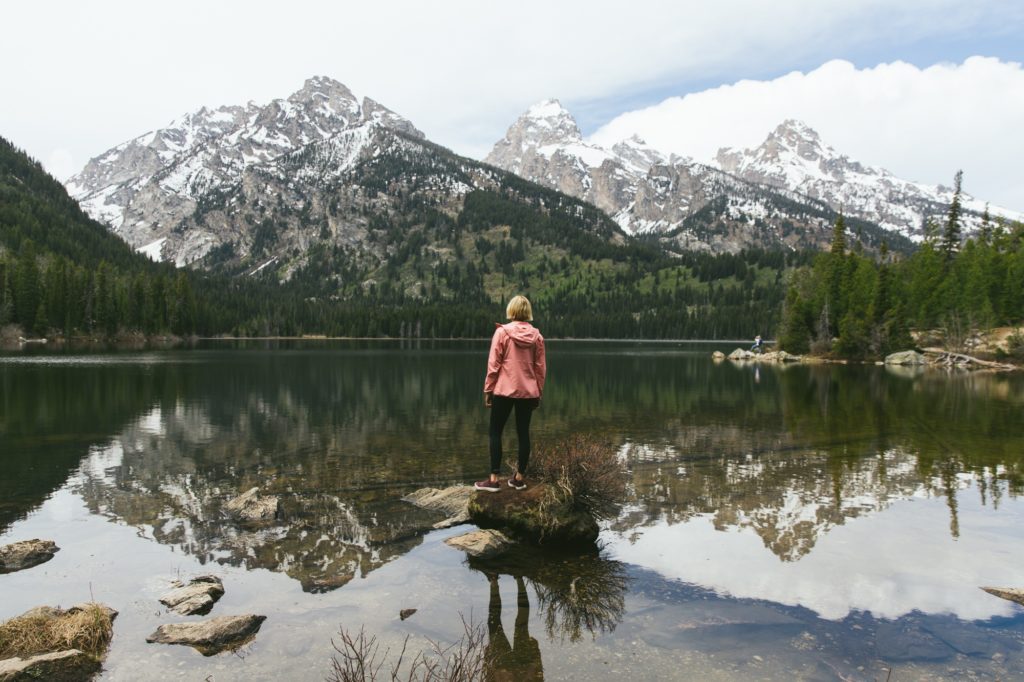 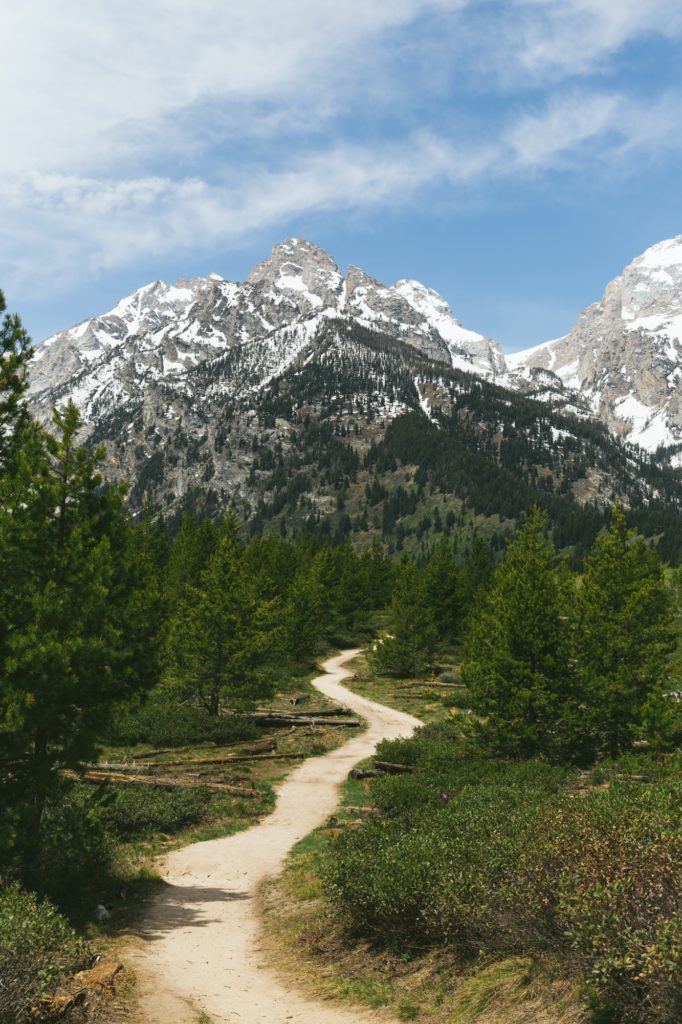 Yellowstone National Park isn’t the only thing Wyoming has going for it. Just south of that famous park is Grand Teton National Park, an equally as beautiful place, but in its own way. Growing up in the Rocky Mountains, I am quite used to towering peaks covered in snow. However, Wyoming is different. The mountains seem twice as dramatic due to the flat plains that quickly rise into jaw-dropping mountain ranges. After spending a night in Jackson Hole, I made my way into the Grand Tetons to find myself a hike. Thanks to a recommendation from a friend, I made my way up to Taggart Lake, which turned out to be an incredible sight with the mountains reflecting perfectly in the calm lake below. 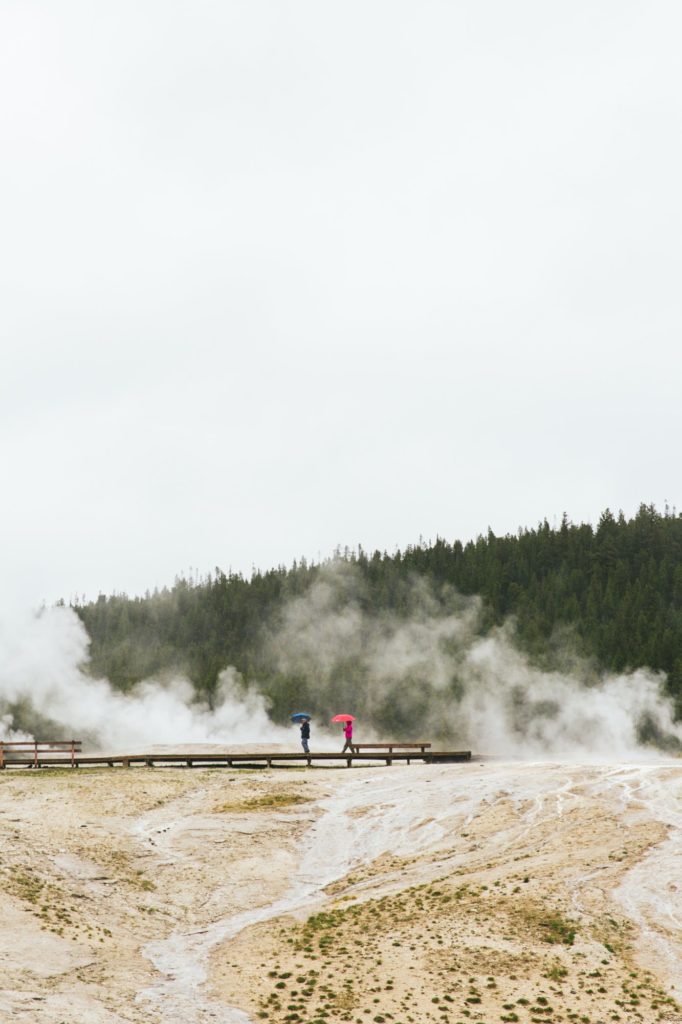 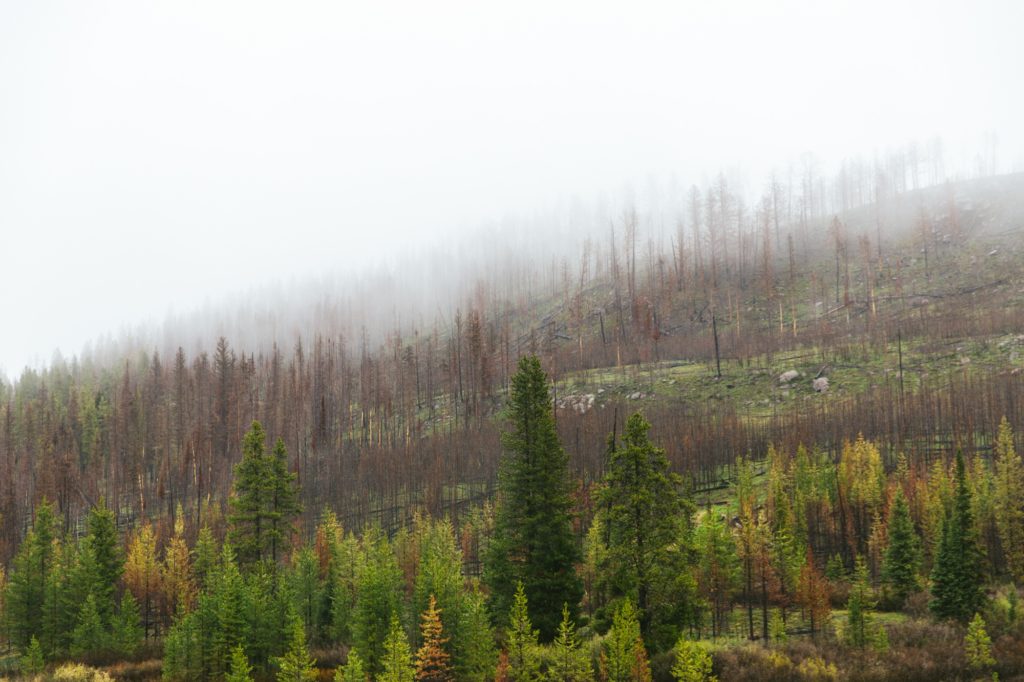 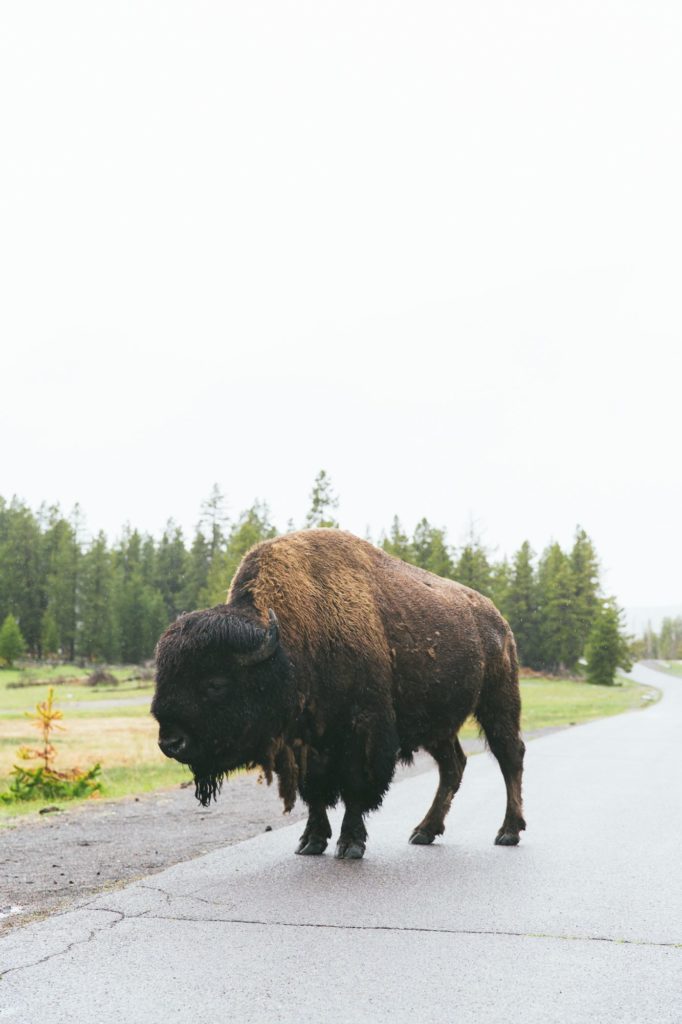 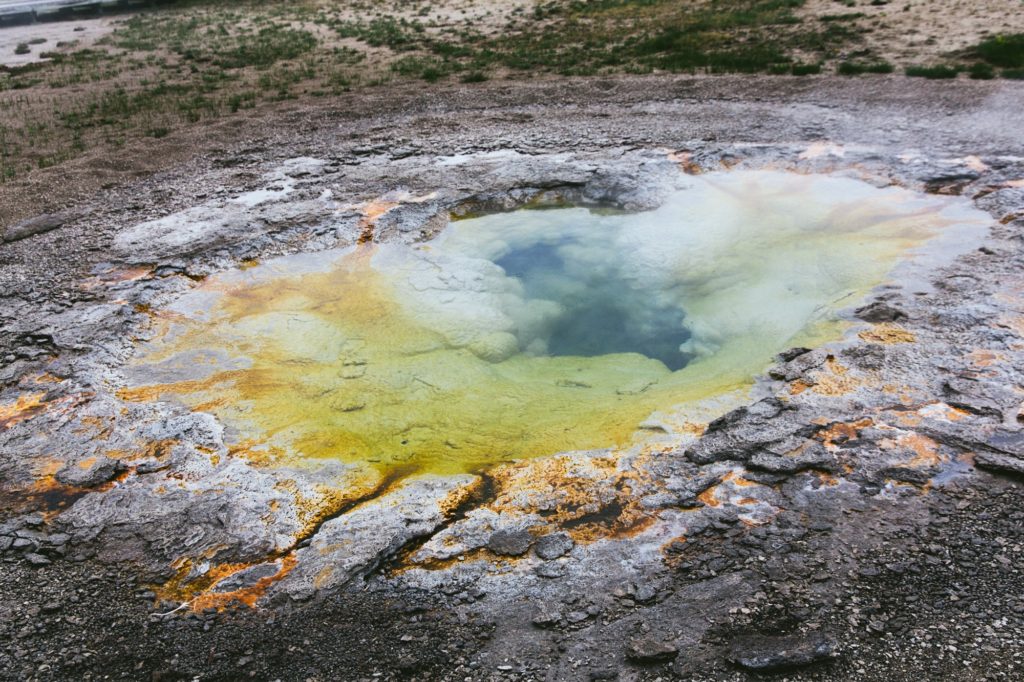 After some exploring in the Tetons it was time to make my way north into Yosemite. Surprisingly, it was dumping snow on the pass leading into the park, which initially freaked me out because I had yet to pull the trailer through snow-packed conditions. Luckily, with the all-weather tires on my car, I had zero issues. As I descended into the park, the snow turned to rain, which isn’t that conducive to walking around to take photos, but it made for a dramatic mist throughout the beautiful landscape.  Despite the rain, I spent a few hours walking around the area surrounding Old Faithful, taking in all the colorful features created from the sulfurous ground below. I was originally hoping to see at least one buffalo while there, but I actually saw so many that they seemed like commonplace by the time I left the park. At one point, there was even a traffic jam while a whole herd, babies and all, casually walked down the middle of the road. 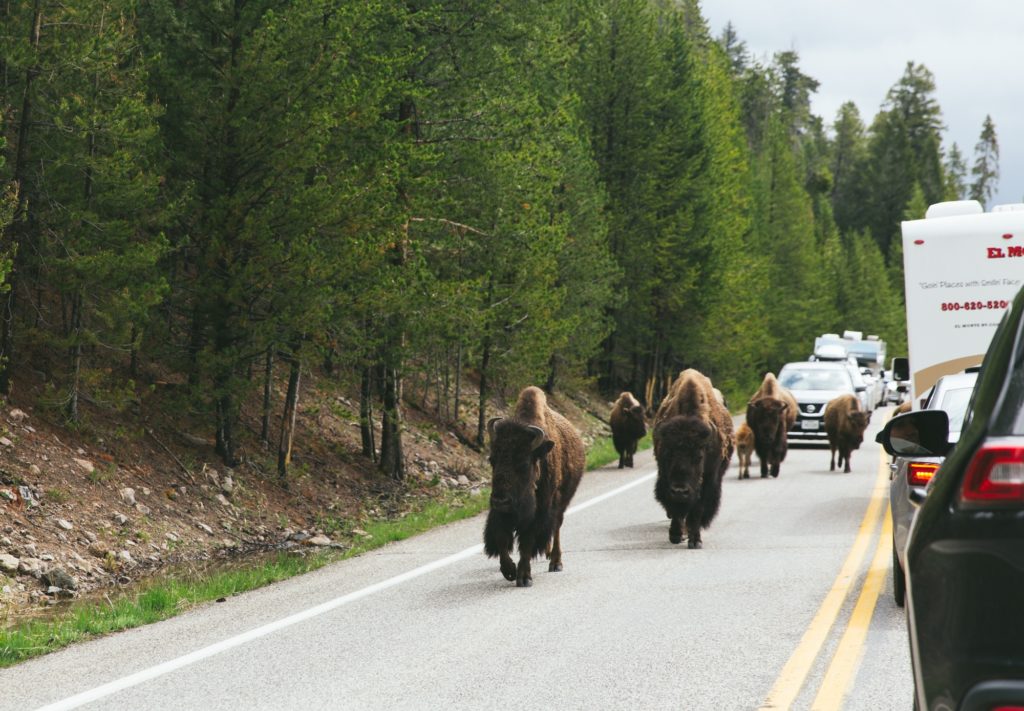 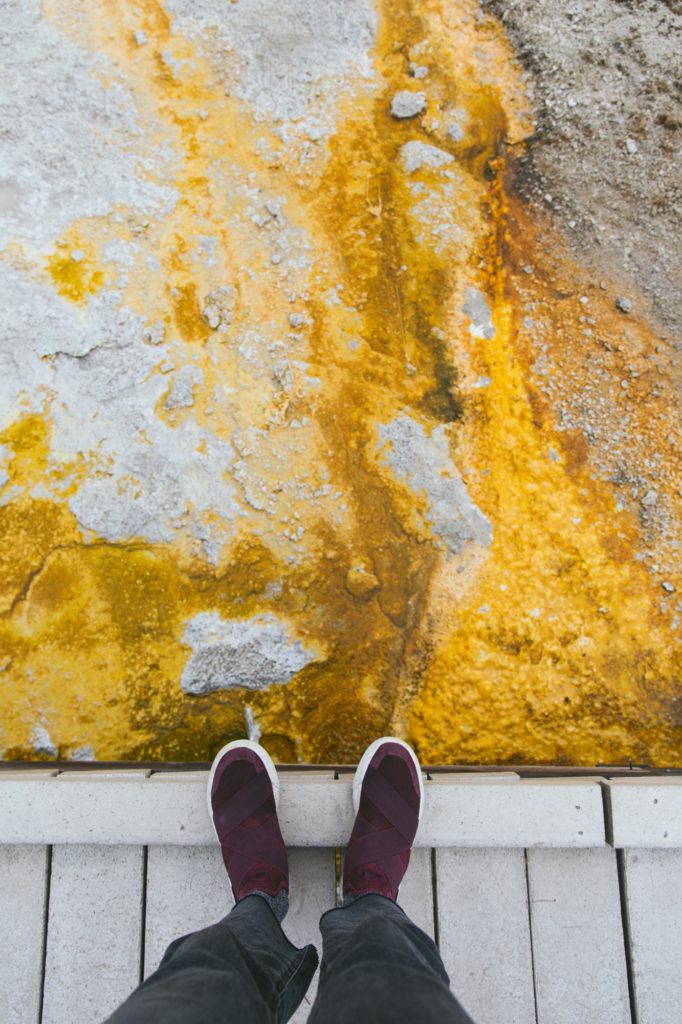 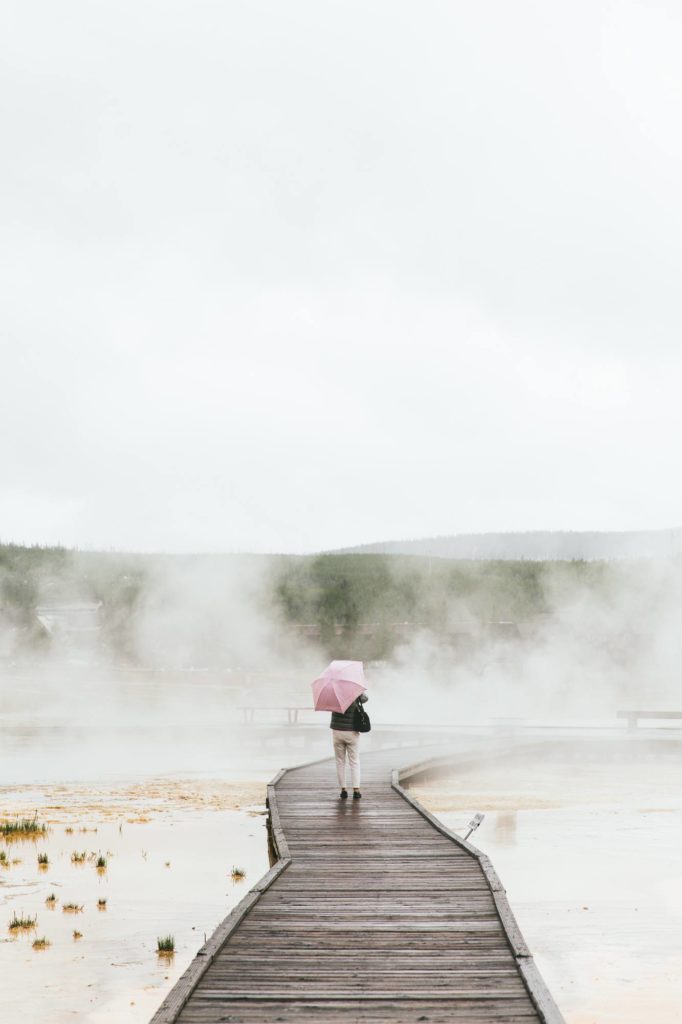 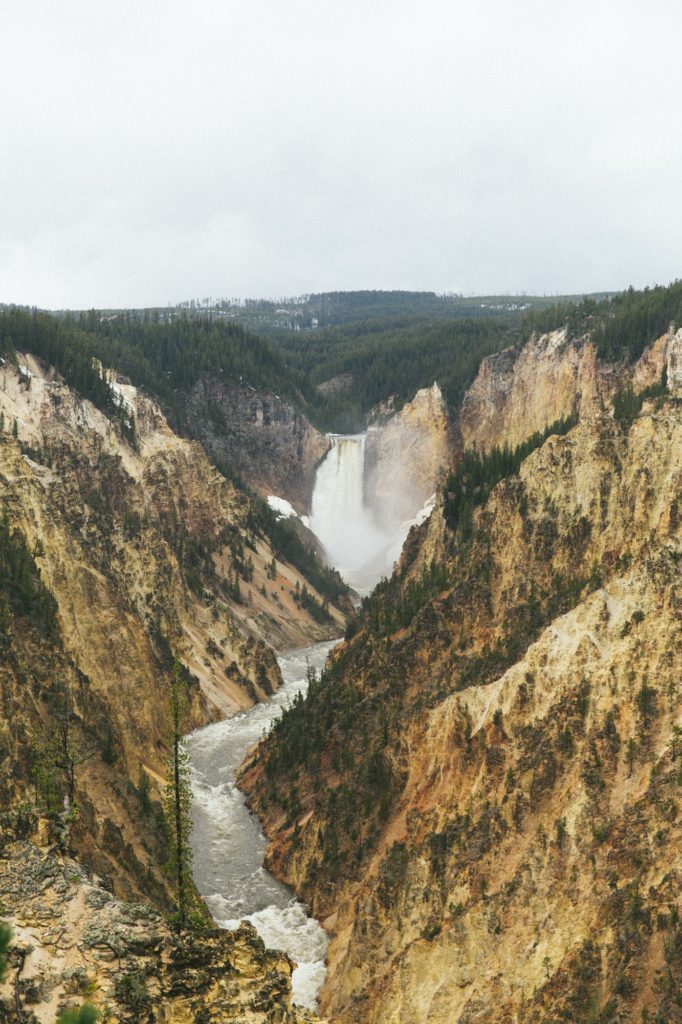 Yellowstone was everything I’d hoped it would be – explosive geysers, tons of wildlife, epic waterfalls, and landscapes painted by minerals. It’s no wonder this park is one of the most popular in the United States. Thanks to this two-month Endless Caravan trip in the Nest, I was able to cross many destinations off of my hypothetical bucket list – even places I never knew existed, but definitely deserve to be on there. I would have loved to spend more time in Wyoming, as a day and a half is definitely not enough time to fully take in everything this amazing area has to offer. But what was nice about this trip, as I covered around 10,000 miles in two months, I now have a long list of places that I know I want to go back to and explore in more depth. I’ll admit, returning to these places without the convenience of pulling your home behind you might be a less enjoyable experience. But if I’m lucky, maybe I will eventually have a Nest of my own to return to these places and dive in deeper. 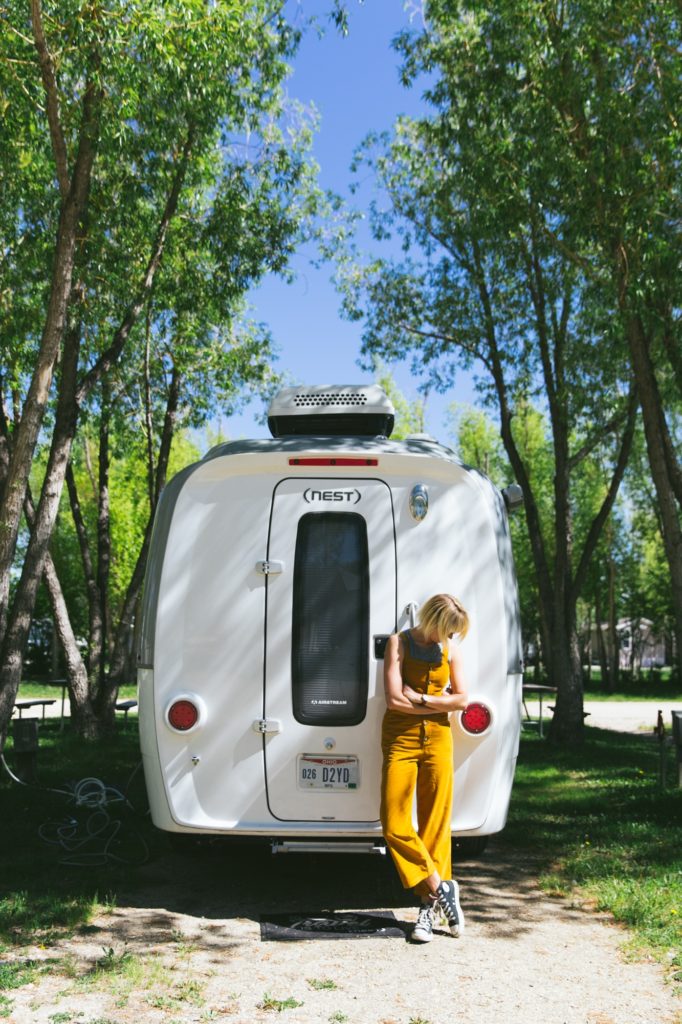