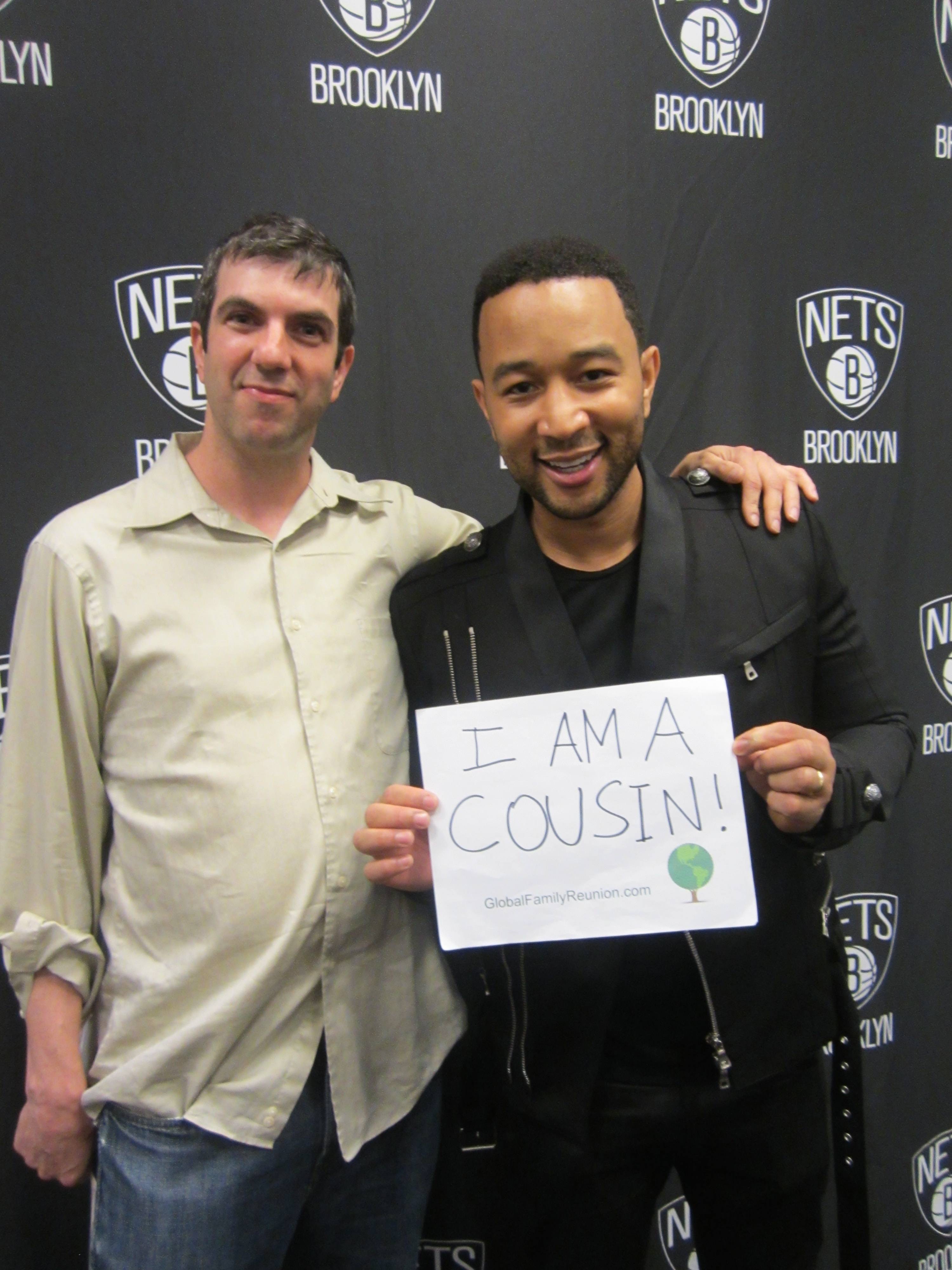 There is going to be a day where A.J. Jacobs will stand on a stage and sing “We Are Family” with Sister Sledge. It’s going to happen.

He will be surrounded by hordes of people that he has recently found out he’s related to and they will be singing as well. Some will be cousins 20 times removed, others more than that, others less. Some will be related by marriage. Humans of many colors and belief systems commingling in a celebration of connectedness.

This author of four New York Times Best Sellers will perhaps wonder how in the world an email from a guy in Israel led him to the germ of an idea that became this Global Family Reunion at the New York Hall of Science on June 6, 2015. This is a grand, juicy undertaking.

What makes a person think he can pull this off?

“I would say delusional optimism,” Jacobs says in our recent interview. “If I really thought about what could go wrong, I’d curl up in a fetal position.”

There is a school of thought that says anything worth doing comes with a fair amount of fear. If that is true, then Jacobs must be on to something fierce. He is only sleeping about six hours a night. He describes himself as stressed out and totally overwhelmed. But he is known for conducting grand lifestyle experiments and then writing books about them, so he must do it for a reason.

“This is incredibly daunting,” Jacobs says of the pending Global Family Reunion. “But I love [the experiments] because I’m never going to climb K2. I don’t like extreme outdoor sports. These are my mountains to climb. I do think it gives my life meaning.”

He will be scaling this one with seven billion collaborators, in a sense.

The project came about after a man in Israel who had read one of Jacobs’ books wrote him an email telling him they were distant relatives. Jacobs began to look at genealogy and family tree projects and became intrigued. He learned that several sites have massive family trees that anyone can connect to, such as the World Family Tree on Geni. They connect millions of people. The fact that we are all intertwined has been his impetus to keep going.

“It’s my admittedly quixotic dream that when we realize that we’re all related, we’ll treat one another with more civility,” Jacobs wrote in The New York Times in January of 2014.

Jacobs, an editor at large at Esquire magazine, is writing a book about the experience leading up to the Global Family Reunion and in fact the event itself will probably be the last chapter. Other chapters will include his ancestry journey, tracking down distant relatives, going to Poland to trace some of his roots, learning he and his wife are distant cousins, and trying to get financial advice from (another distant cousin) Warren Buffet.

“I love the idea of exploring and uncertainty,” Jacobs says. “I try not to have shallow-seated beliefs.”

I share with Jacobs that I once attended a church whose pastor consistently preached, “We are one” and that I could never quite grasp the concept. Until now. His work with online family tree projects and the detailed graphics he shows in his media appearances -- i.e., Conan, Good Morning America – bring the concept to life.

“It’s a warm and fuzzy idea,” Jacobs says. “This makes it concrete.”

He seems pleased to have brought his interviewer clarity, but truly I am just one of many he has managed to engage. And there’s something he seems intent on making clear himself.

“This is a very collaborative process,” Jacobs says. “I didn’t start building the tree. I’m one of thousands helping to build the tree. It’s not mine. I just happen to be a writer who’s sharing it … Ideas have been coming from all over.”

He calls the Global Family Reunion an “octopus” that has grown and continues to grow. Here’s what the event website promises:

The lineup for the extravaganza, which will benefit Alzheimer’s, includes David Blaine, Henry Louis Gates Jr., Dr. Oz and a number of other celebrities giving talks or performing. In the lead-up to the Global Family Reunion, Jacobs has been promoting it by writing a monthly piece for People magazine and posing for pictures with celebrities with “I Am A Cousin” signs; those include Daniel Radcliffe, John Legend, Olivia Munn, Ricky Gervais and even former President George H.W. Bush.

That’s one big, inclusive family. And Jacobs is hoping enough relatives show up to set a Guinness World Record; the current record is over 4,500. There will also be satellite events around the world.

The scope of the vision is awe-inspiring, all from a man who is often referred to as “quirky.”

“Quirky is a slightly more positive spin on weird,” he says. “I’m OK with weird as well. As long as they don’t call me spiteful or hateful.”

Jacobs’ demeanor is even and matter-of-fact. I wonder aloud if he has always been easygoing.

“No,” he says. “I’ve worked very hard at it. I do have to constantly remind myself what’s important. How angry should I get that my kid spilled apple juice all over the couch? I still work at it.”

It’s primarily about seeing the big picture, he has found. Being smart enough to pull back and get the wider view. Maybe he can add some wisdom from Sister Sledge to his toolbox:

Here's what we call our golden rule

Have faith in you and the things you do

This is our family Jewel

Family. This is what A.J. Jacobs lives riveted to, perhaps to a degree no one has before.