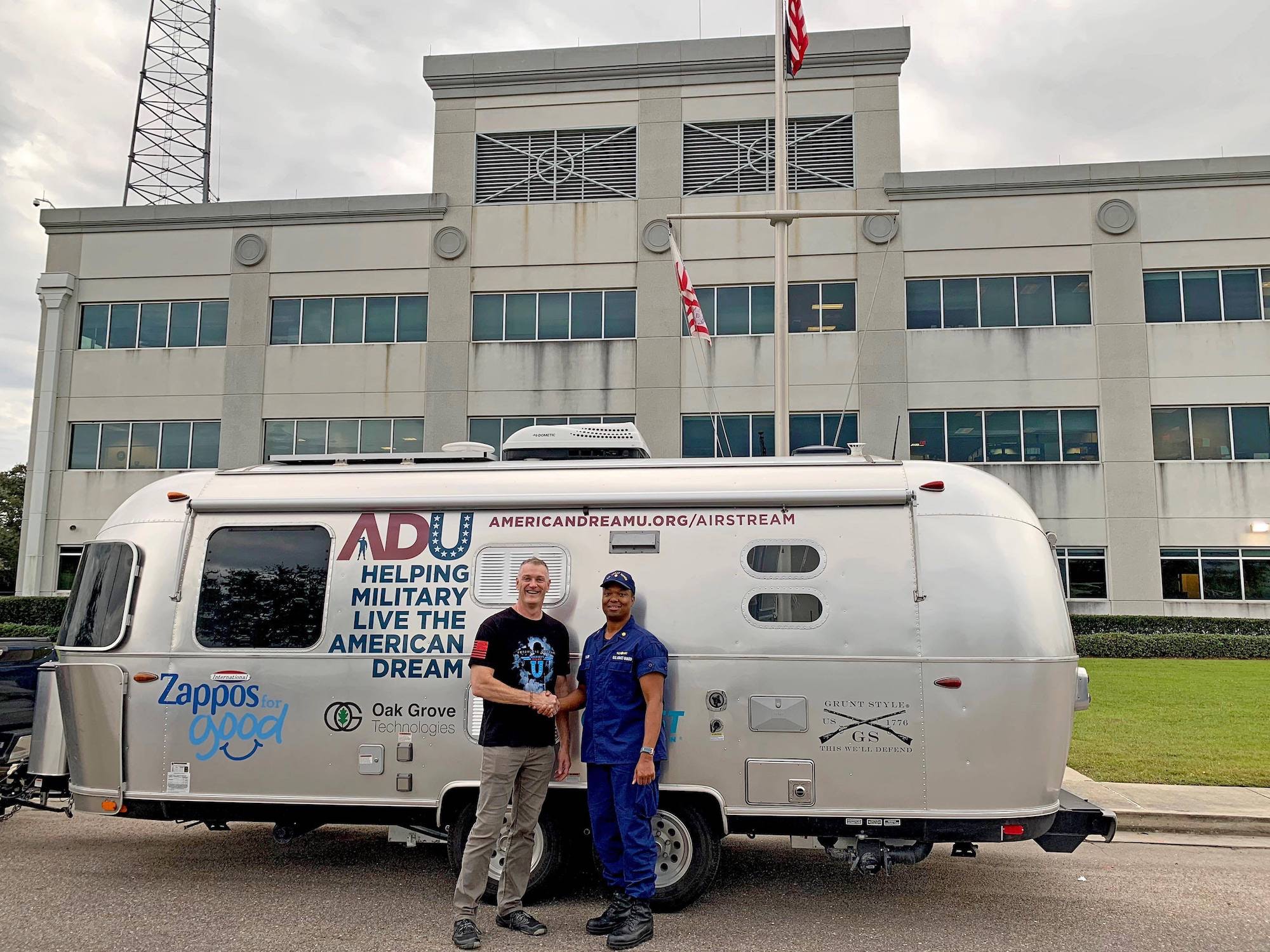 American Dream U is on a six-week #EndlessCaravan road trip in an Airstream, visiting military bases and veteran-owned businesses across the country. Founder Phil Randazzo shares about ADU’s time in New Orleans, meeting with members of the U.S. Coast Guard.

Hi again from the road! I hope you all had a great Thanksgiving with friends and family.

Just before the Thanksgiving holiday, our American Dream U #EndlessCaravan crew visited the 8th Coast Guard District in New Orleans, Louisiana, and we met some truly incredible individuals!

It’s not commonly known that there was a realignment of our country’s Coast Guard responsibilities after 9/11, as well as increased responsibilities for District Sectors. As they are now, each of the 37 Sectors within the U.S. Coast Guard serve as one-stop-shops for marine safety, security, and environmental protection for major seaports and regions.

While visiting the 8th District, we learned about this Coast Guard Sector’s ability to provide rapid, coordinated response to emergencies—whether natural (i.e. Hurricane Katrina) or man-made. The 8th District in particular is responsible for U.S. Coast Guard operations spanning 26 states, including the Gulf of Mexico coastline from Florida to Mexico, the adjacent offshore waters, along with the Mississippi, Ohio, Missouri, Illinois, and Tennessee River systems. Talk about a big job!

This 8th Coast Guard District was credited for a few thousand lives during its rescue operations during and after Hurricane Katrina. They are notably responsible for the Mississippi River, including the boats and the people that utilize the river. This includes accident investigations, checking cargo, and inspecting new ships for safety. They do an amazing job for our country and they truly appreciated us stopping by and speaking to them about transitioning after their service ends. 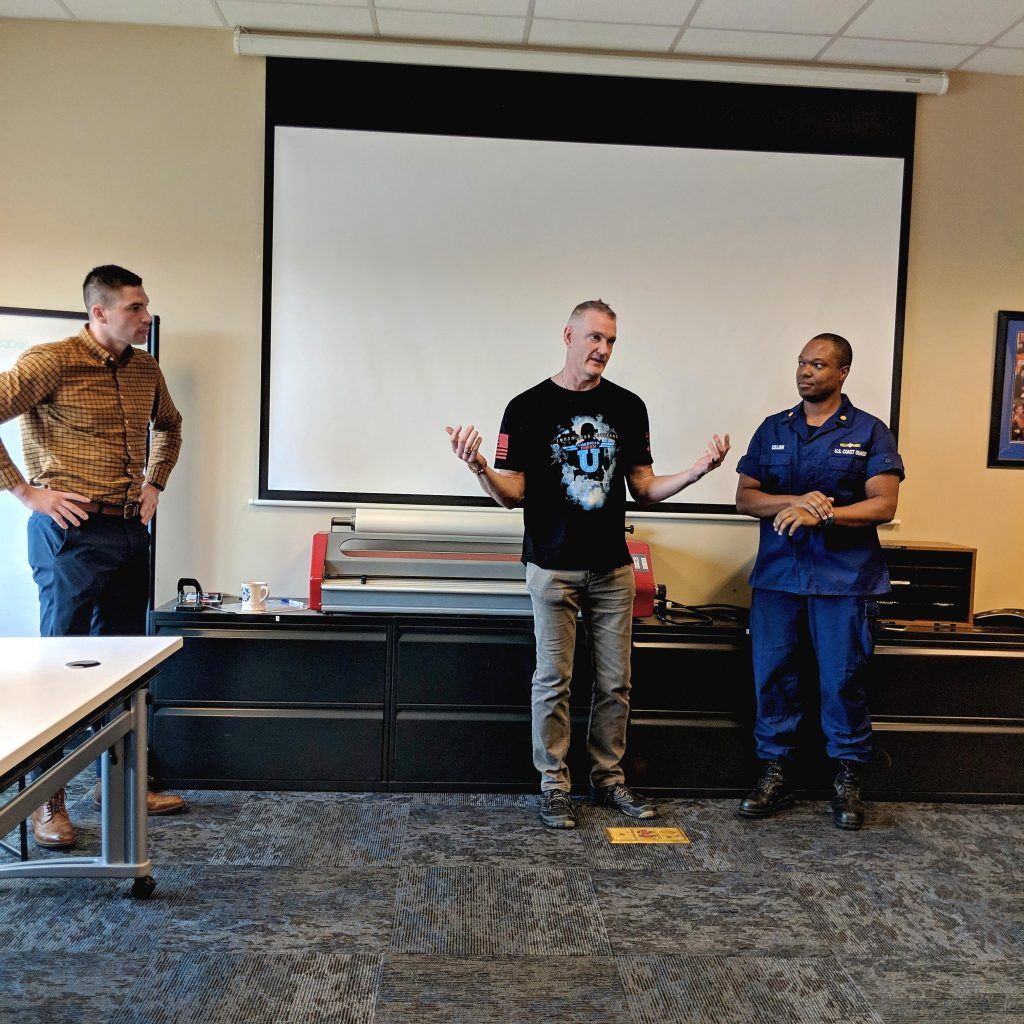 In order to make this visit more personal and impactful to these folks who call New Orleans home, we invited a special guest to our speaking event—Joe Kemp, legendary college quarterback at Tulane University and current Scout for the New Orleans Saints. Our visit was perfectly timed, as the Saints are currently at the top of the NFL leaderboards this season. Having someone so close to this base’s hometown team was priceless for those in attendance!

Joe gave an incredible talk about the challenges of military transition that he endured from the Marine Corps, and his words really hit home with our audience. We spent all day on the base talking to the Coast Guard members. The follow-up and outreach after this event was heartwarming during a season of thanks and gratitude. 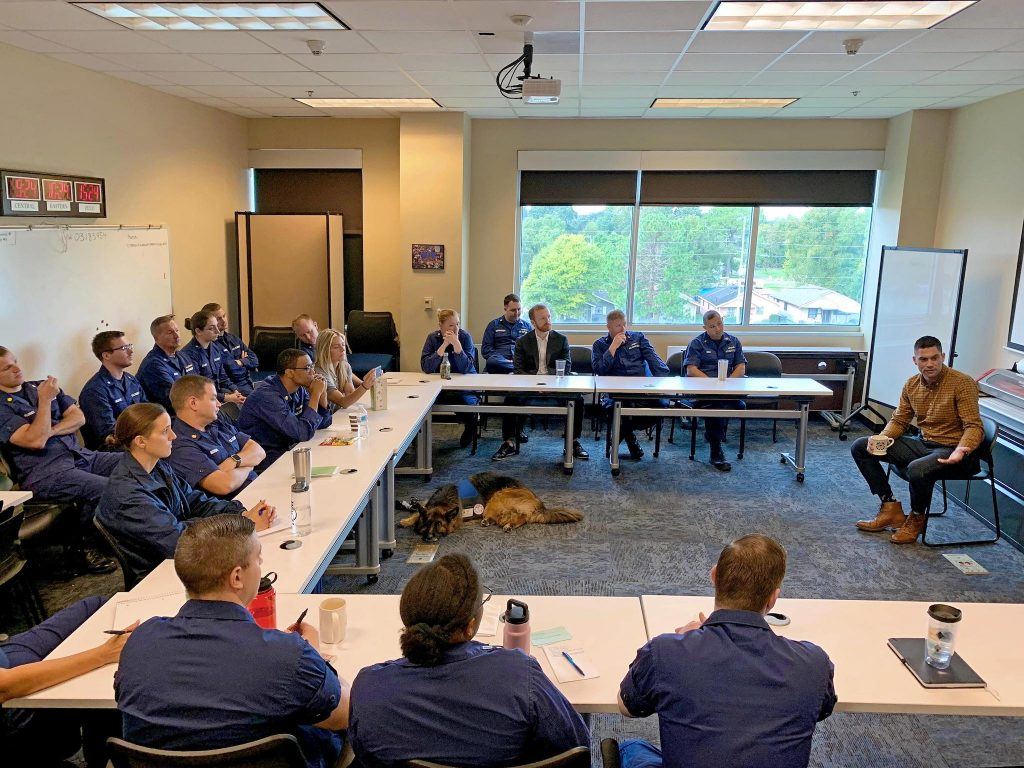 As far as the City of New Orleans itself—it was incredible! New Orleans has more people than any other city in Louisiana and we could feel the energy everywhere we went. A lot of amazing culture, food, and music. Of course, while walking through the streets of New Orleans taking in the culture, our dog Gigi was a big hit with everyone she met. 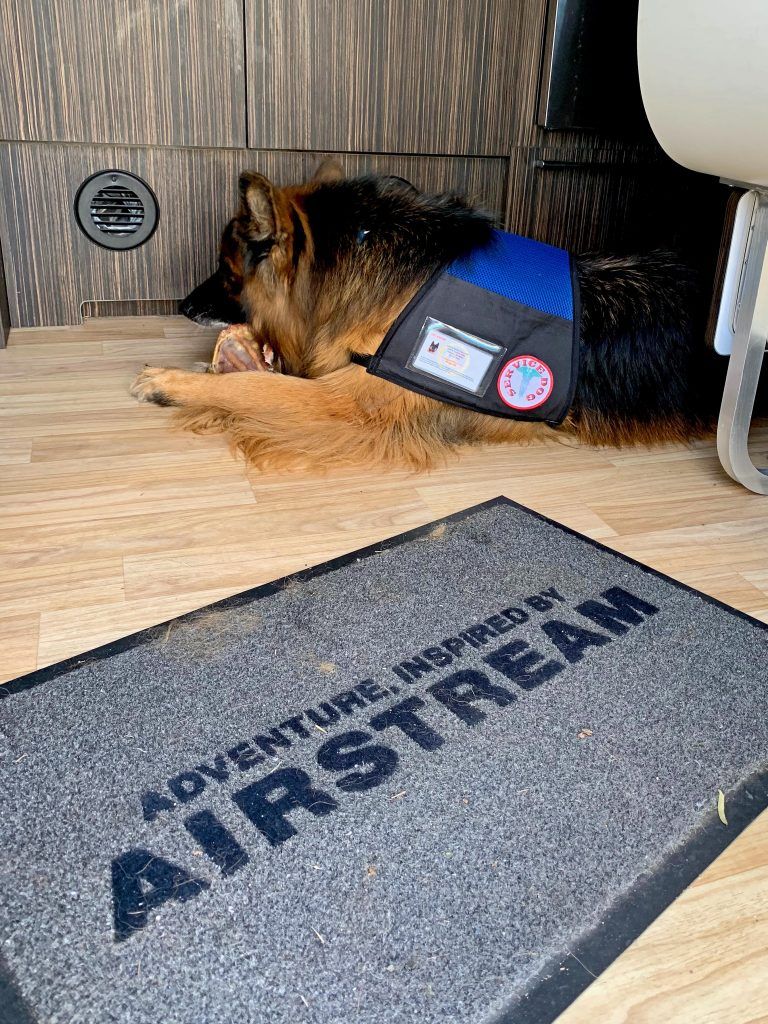 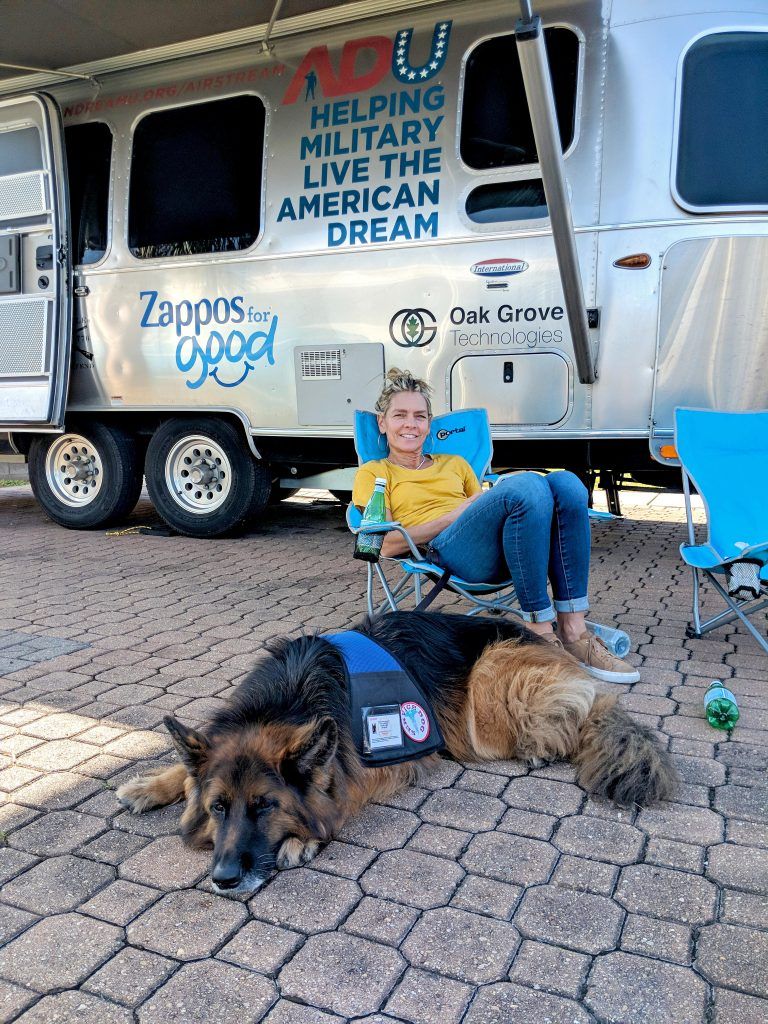