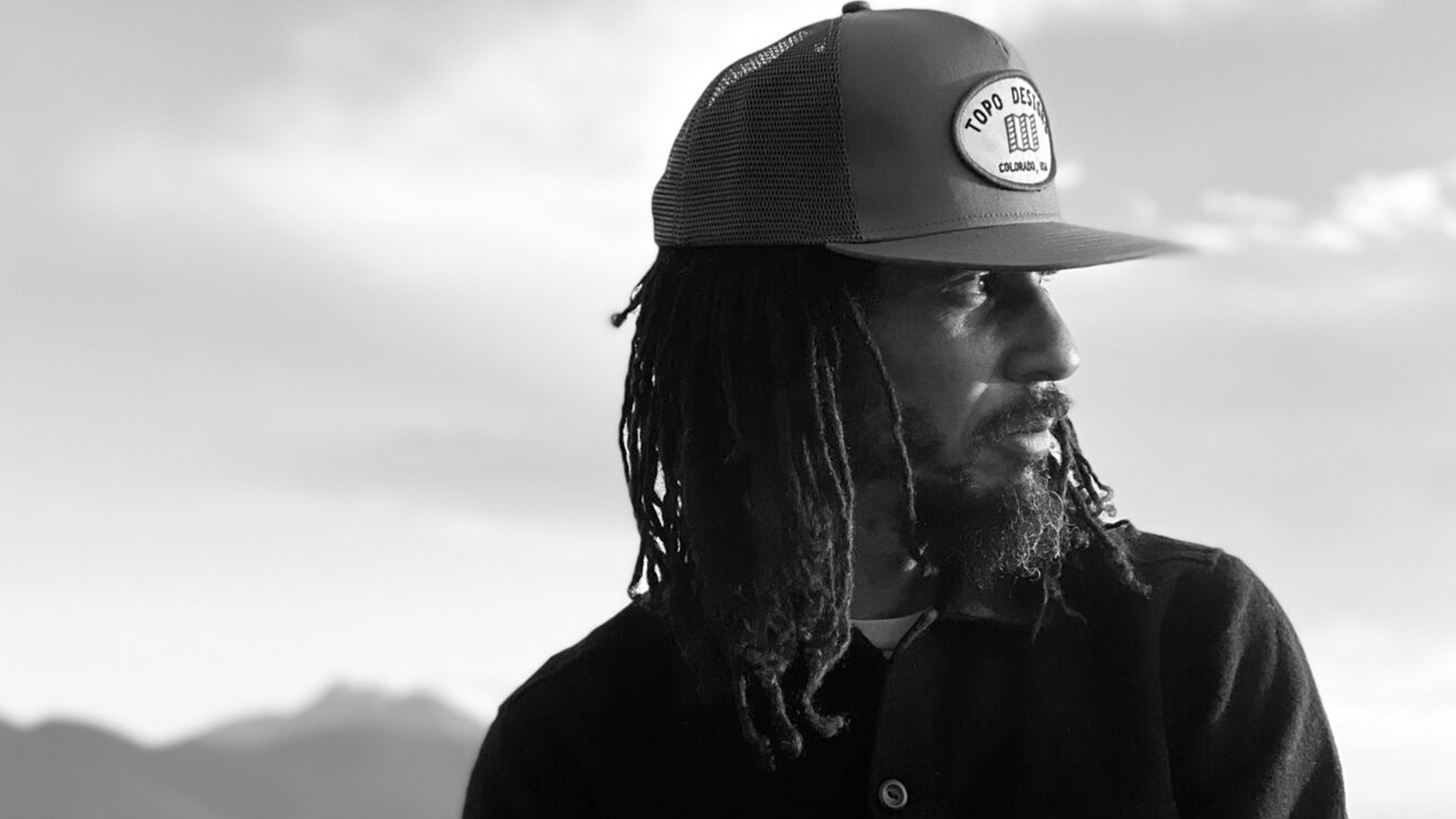 Tech entrepreneur Kina Pickett is no stranger to working from the road. Now, he and his family are embracing the Live Anywhere philosophy: Living, working, and playing anywhere their Airstream takes them.

As the summer of 2020 chugged toward a new normal, Airstreamers everywhere realized their Airstream had a hitherto unknown superpower: It could function not just as a mobile home on wheels, but also a mobile office. And even a mobile school. Across the country, Airstreamers hit the road, leaving their brick and mortar lives behind, if only momentarily. They took calls on hikes, did video conferences at their dinettes, and watched their kids do their own learn from anywhere routine at the picnic table outside.

Kina Pickett was one of the early adopters. In the spring of 2020, he and his family hit the road in their 1970 Airstream International. The Picketts – Kina, Nellie, six-year old son Ashur (Ash), and four-year-old daughter Story – packed their travel trailer with a whole world of adventure, learning, and business pursuits and make their way out of their home state of Montana into some of the most beautiful parts of the United States. While it may seem audacious, more and more Airstreamers are beginning to hit the road to play, work, and learn as they live anywhere – and find that it’s easier to do than one might think. Plus, there’s the added benefit of taking charge and heading out into the endless possibilities of adventure. 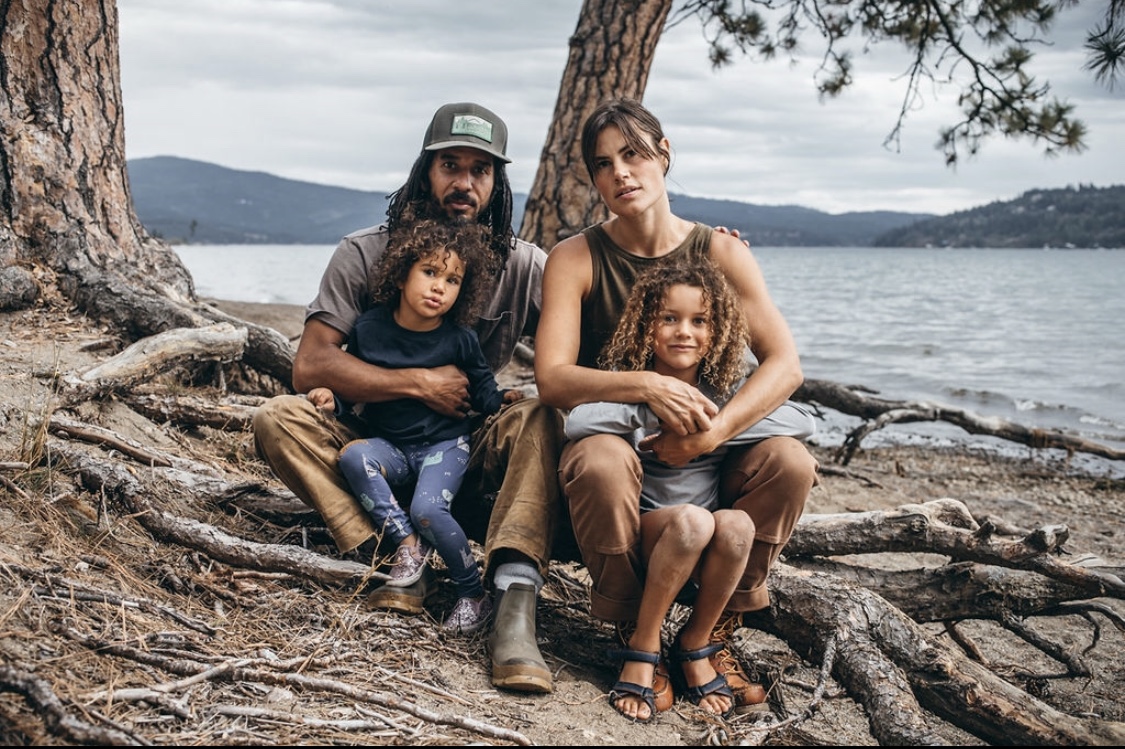 “It’s gratifying, for sure,” said Kina. “You get to choose where you want to go, what you want to see, when you want to stop to eat. The freedom is exhilarating, and it’s easy to forget how powerful that feeling is when you spend a lot of time in an office, or behind a desk.”

It’s not surprising that Kina Pickett landed on the cusp of the live from anywhere trend. Since a young age, he’s charged headfirst into whatever he’s pursuing. A world-class pro downhill skier from Vermont, Kina spent 13 years traveling all over the world, making movies, and working with top-tier ski brands.

But the skiing life had a shelf life.

“Instead of riding until the end I injected at my height,” he said. Kina had spent years on video and photo shoots, and his friends encouraged him to get into production. He worked with legendary ski filmmaker Warren Miller, and then created Helio, a production company that produced content for some of the biggest brands in outdoor fashion. 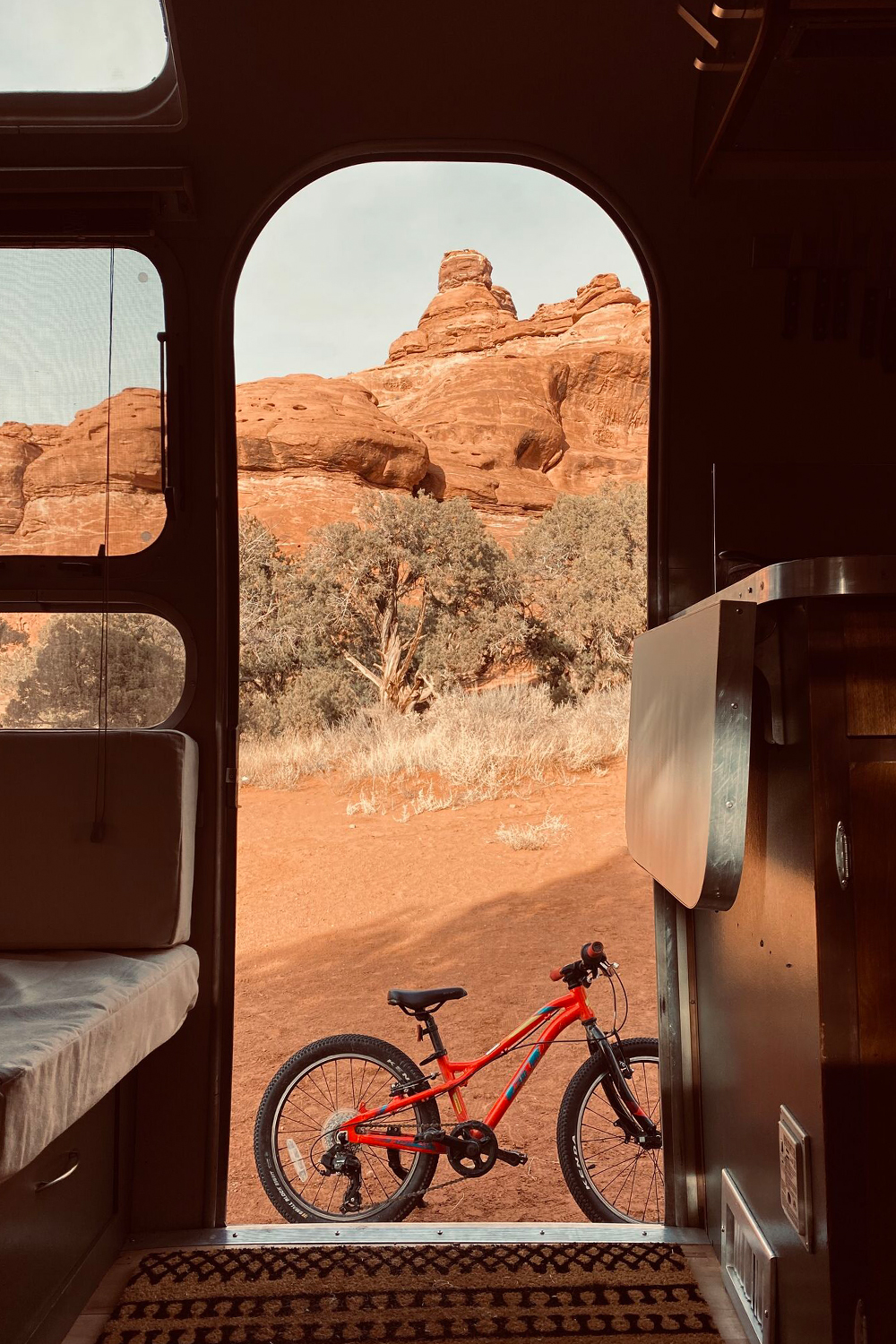 As more brands embraced content, Kina saw the world of social media and influencer marketing gaining traction and phones becoming an important marketing tool. Along with a business partner, Kina created ZPPR – a digital platform for sharing photos, video, and other content between creators, photographers, editors, and the media, agencies, and clients they work with.

Building software that allows people to collaborate remotely, Kina was primed for the current state of things. Avid campers, the Picketts found themselves off the grid as the pandemic became a reality. They were glad for the solitude.

“When it hit we were deep in the canyonlands, living off grid, and we had enough food,” he remembered of those early days of the pandemic. “Eventually, we decided to rally straight home. We didn’t have to touch bathrooms anymore, and when it was time for dinner we pulled into a truckstop and made dinner.”

But Kina’s solitude-seeking mentality wasn’t born during the pandemic.

“I like to be able to look out the window and see some beautiful landscape, and think wow this is so cool,” he said. “I’d rather not be camping next to 16 other people.” 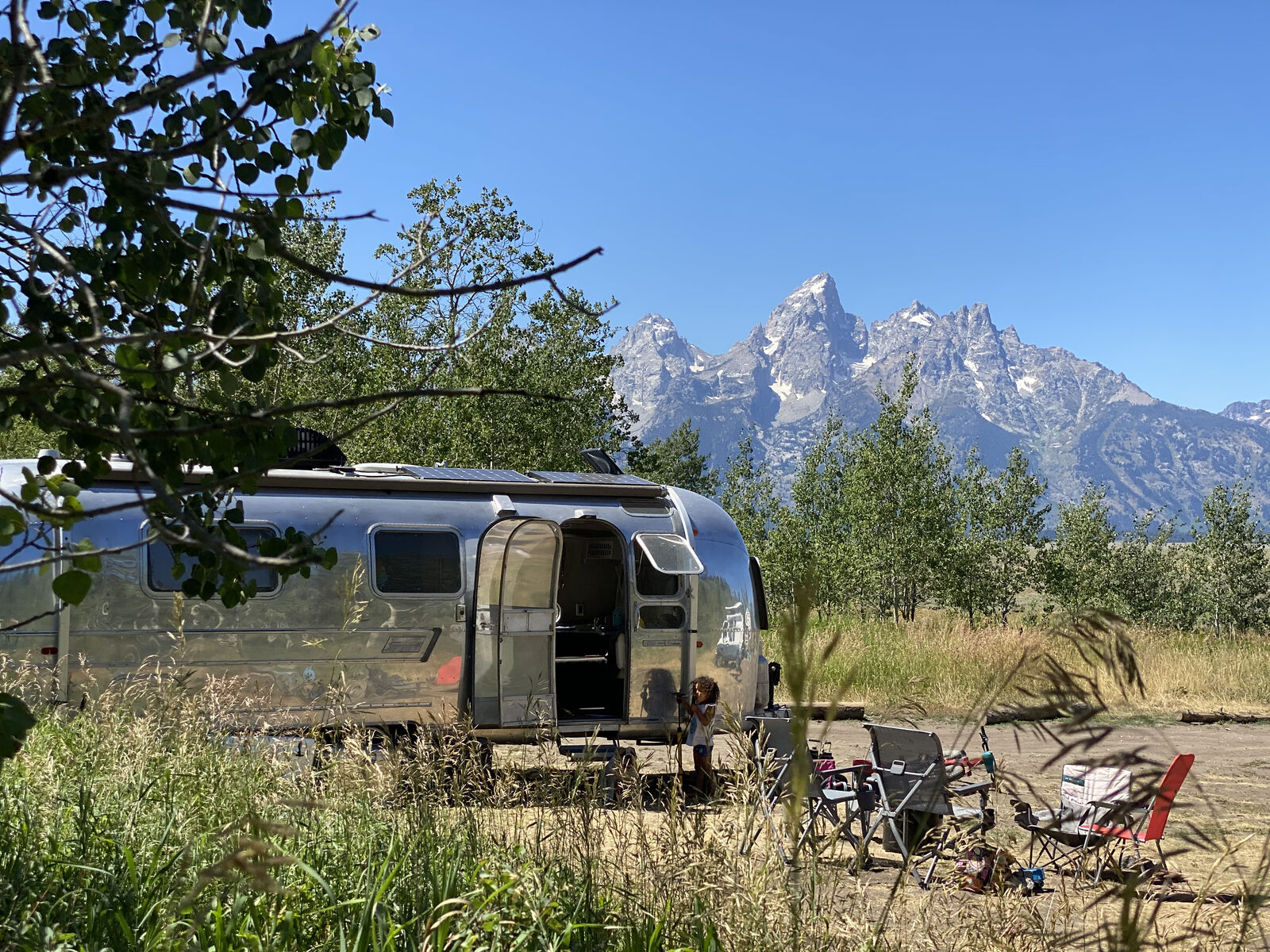 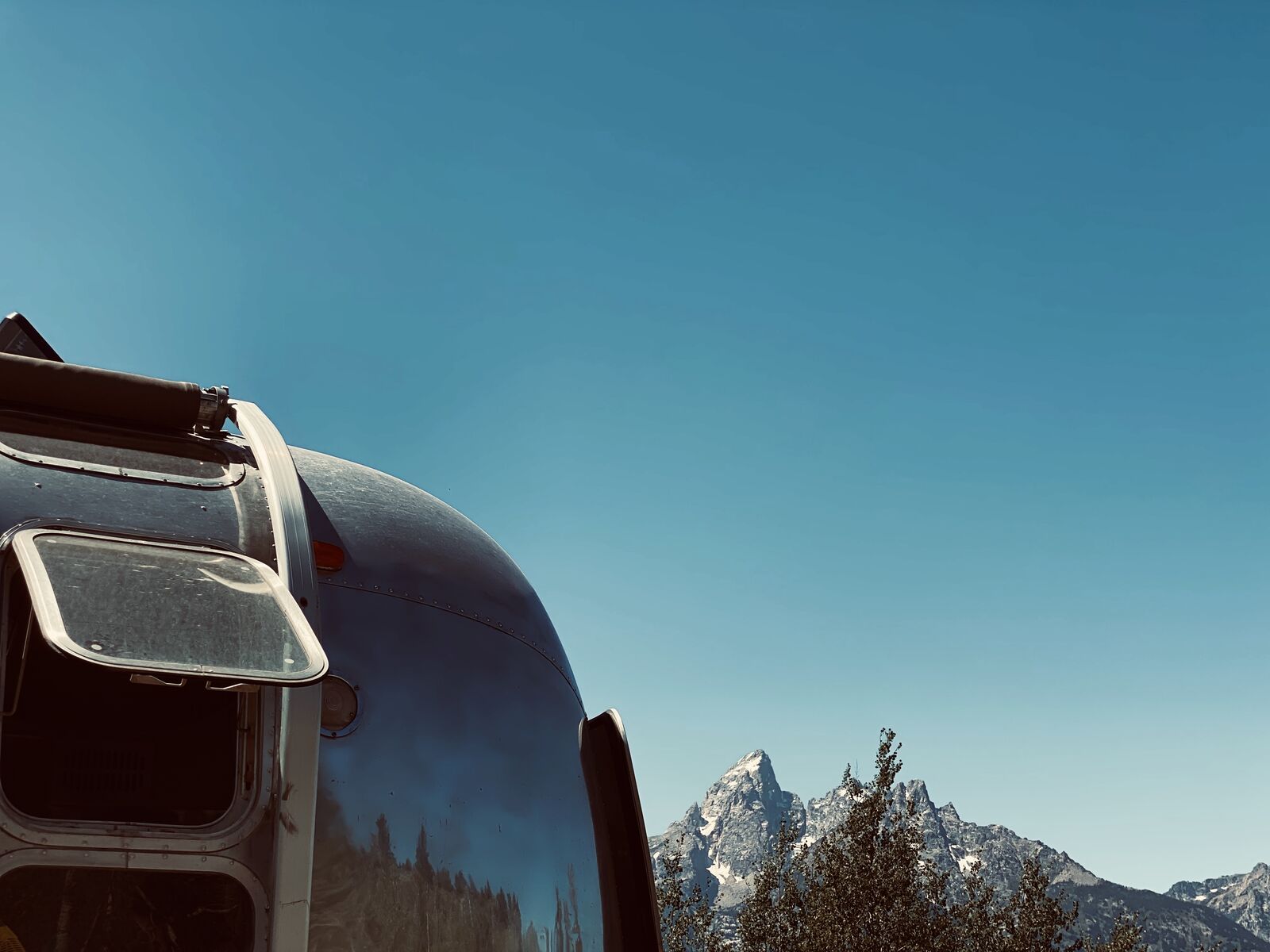 In order to accomplish that, Kina has outfitted his Airstream with a variety of features that make longer boondocking in remote areas possible – and more enjoyable. Five solar panels – four on the roof and one tethered on the ground – a 10-pack of LiPo batteries and an inverter, and a Nature’s Head composting toilet make boondocking a breeze.

They hit the deep woods of Idaho and the Pacific Northwest before heading east toward South Dakota. Kina stays in contact with work clients through hotspots, satellite connectivity, and apps that help identify coverage, while his kids embrace the road school life.

“We were in the canyonlands hunting for dinosaur tracks, looking for wall paintings – the kids were floored,” said Kina of their first taste of immersive schooling. “They couldn’t understand why we were doing this all the time. For the time being, we’re in no hurry to put them back in school. We can teach them from the camper – and take advantage of it while we have these opportunities.” 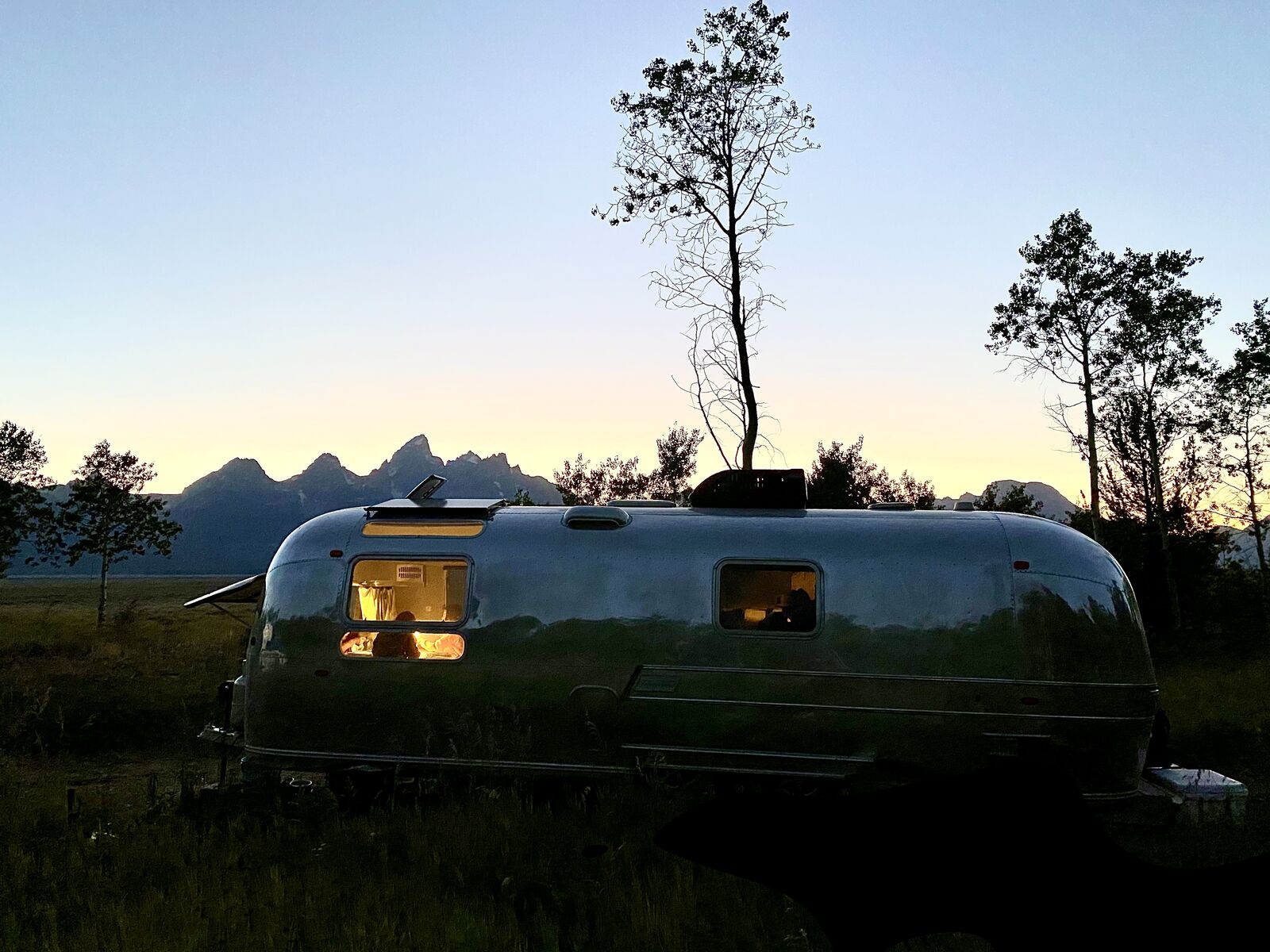