From the creation of the first streamlined aluminum Airstream in the 1930s to decades of world-spanning Caravans that fostered international goodwill, the Airstream story is deeply intertwined with American and world history. The Airstream Heritage Center, a new museum at our headquarters in Jackson Center, Ohio, provides a rare and in-depth look at this history that is sure to inspire future adventurers for years to come.

On June 1, 2022, Airstream’s brand-new Heritage Center was officially opened to the public. This 16,000 square foot museum is home to over 90 years of Airstream history in the form of vintage Caravan footage, artifacts and historic Airstreams. Visitors can immerse themselves in the stories of the exceptional individuals and iconic Airstream products that have helped shape the company’s unparalleled contribution to the world of travel. 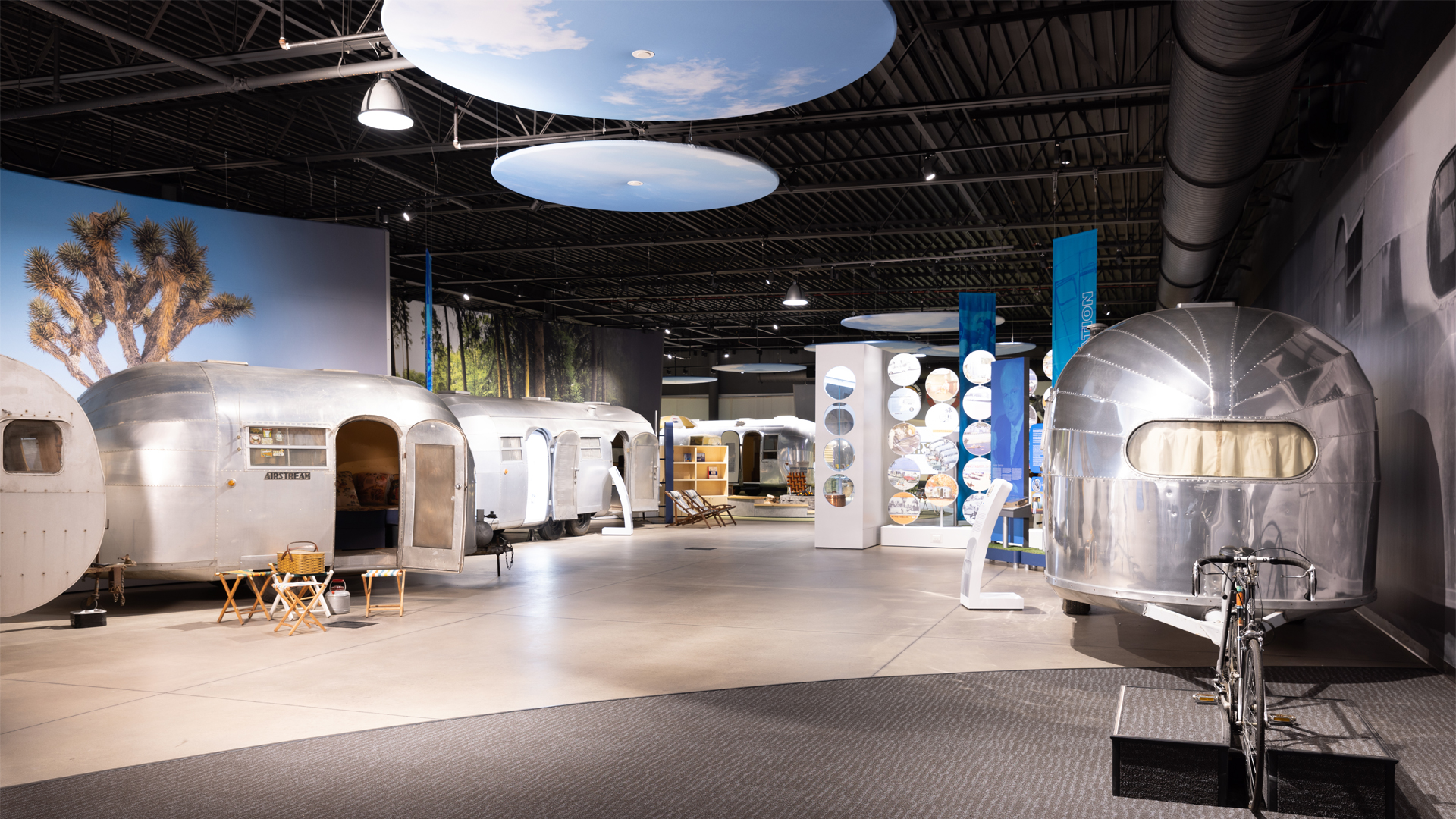 There are so many exciting pieces of history to see at the Heritage Center. Let’s take a look at just a few of the highlights that visitors can expect to see when they visit.

Born in 1896, Wally Byam founded Airstream with the goal of bringing all of the comforts of home to travelers heading out on their own adventures. The Wally Byam collection features rare family photos, recordings of Wally’s voice and some of his earliest designs for Airstream travel trailers. Visitors can also see Wally’s 1938 business card and a series of handwritten aspirations he pledged to live by. This collection accompanies a timeline of the history of Airstream, from Wally’s birth all the way up into the present day.

Many items in this collection are thanks to the generous donation of Dale “Pee Wee” Schwamborn on behalf of his mother’s estate. Helen Byam Schwamborn – Wally’s cousin and leader of the WBCCI from its founding to her retirement – kept meticulous records on Airstream history and saved a treasure trove of family archives that can now be viewed by Airstream enthusiasts. 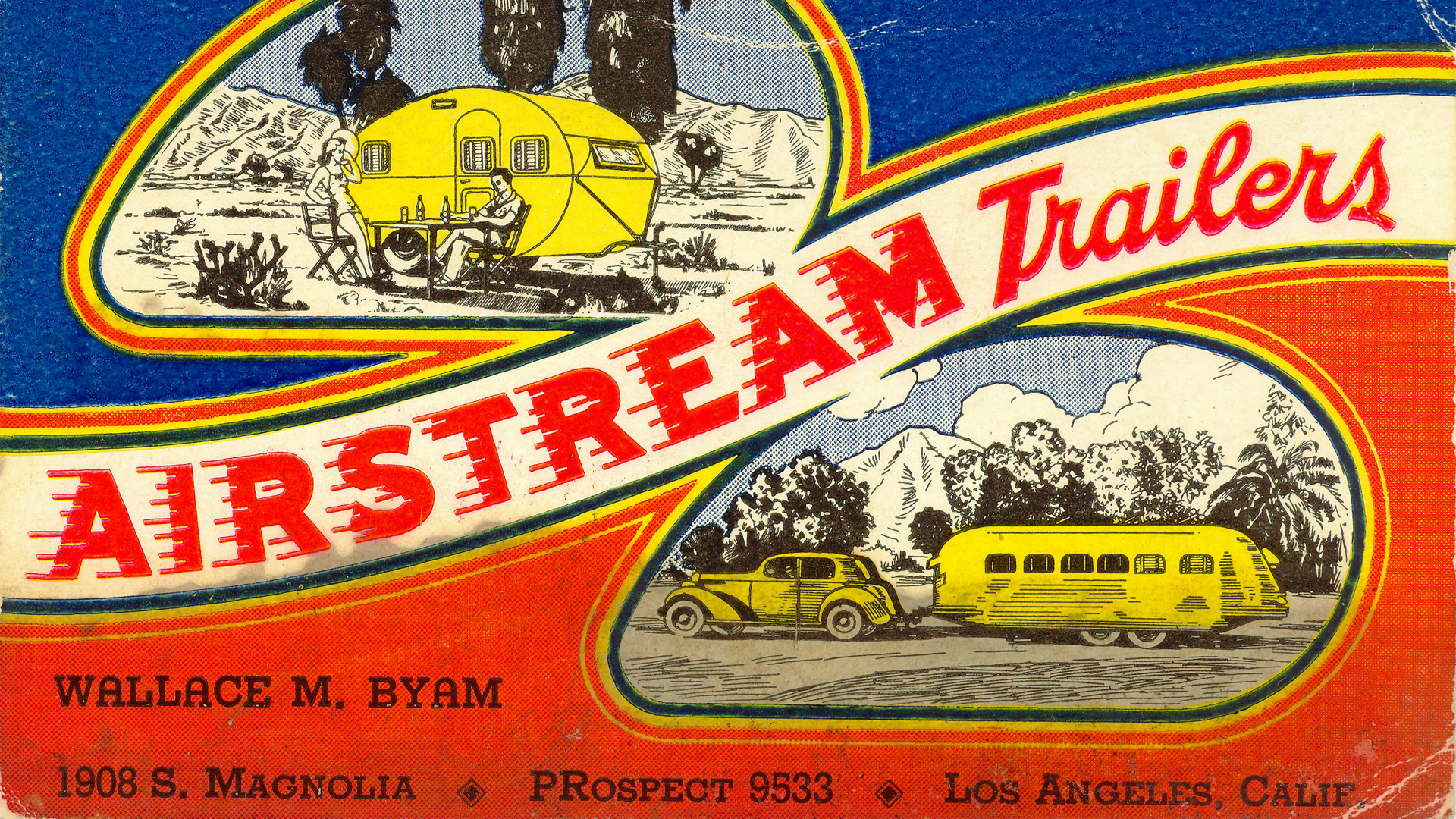 The 1938 Airstream Clipper, affectionately nicknamed “Old Grand Dad,” is one of the oldest travel trailers on display at the Heritage Center. The Clipper is the very first riveted aluminum Airstream travel trailer. This model was the one that started it all and laid the groundwork for the future of Airstream. A rare tandem axle, Old Grand features the original stainless-steel kitchen galley and wooden interior. 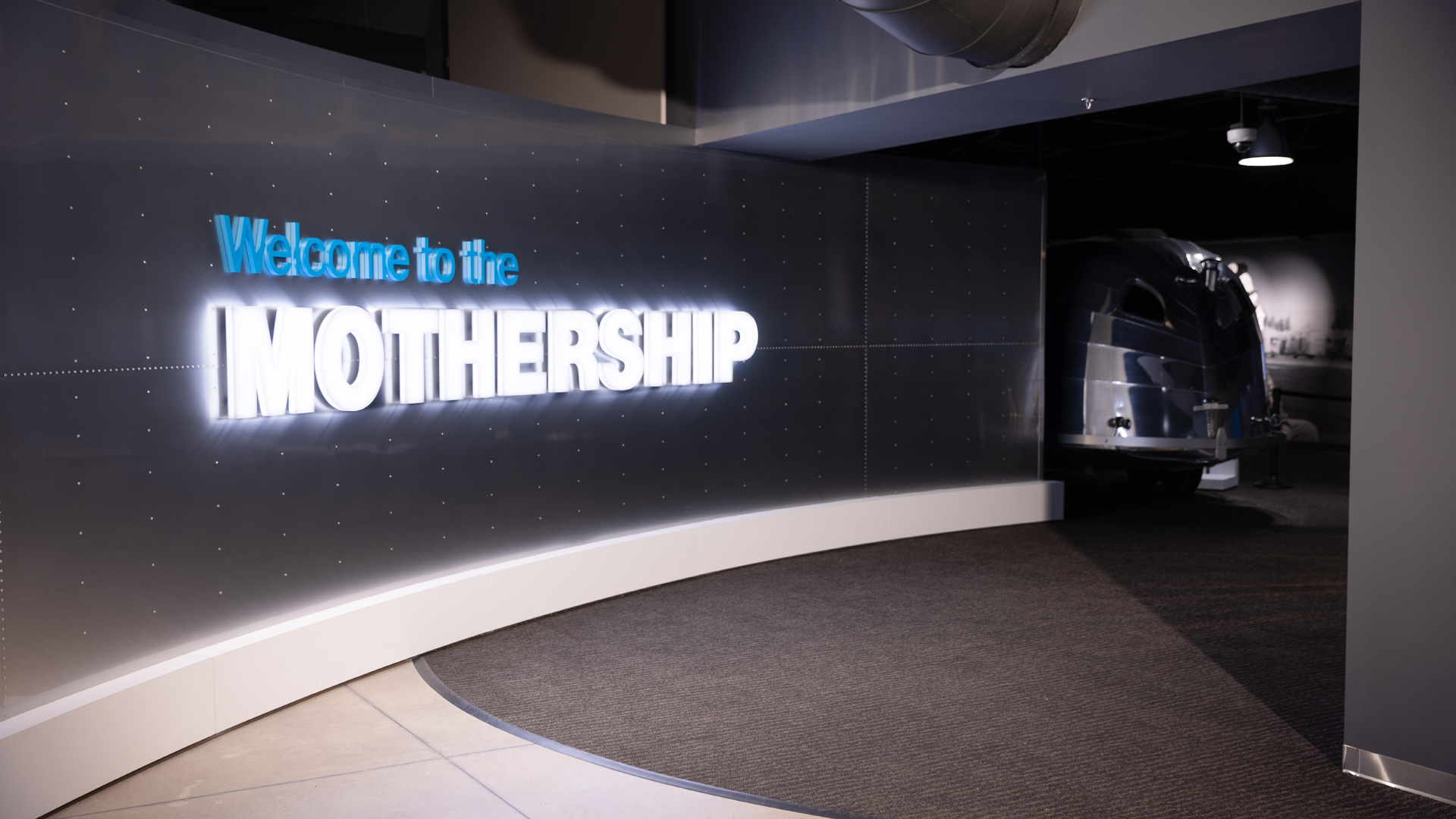 In 1959-1960, a group of intrepid Airstreamers joined together to travel through Africa in the famous Capetown to Cairo Caravan. Leading the Caravan was Wally, with his custom gold Airstream, that has made its final stop at the Heritage Center. This exhibit features many other artifacts from the journey, including Wally’s pith helmet and a collection of African masks acquired on the trip, courtesy of the Estate of Helen Byam Schwamborn. 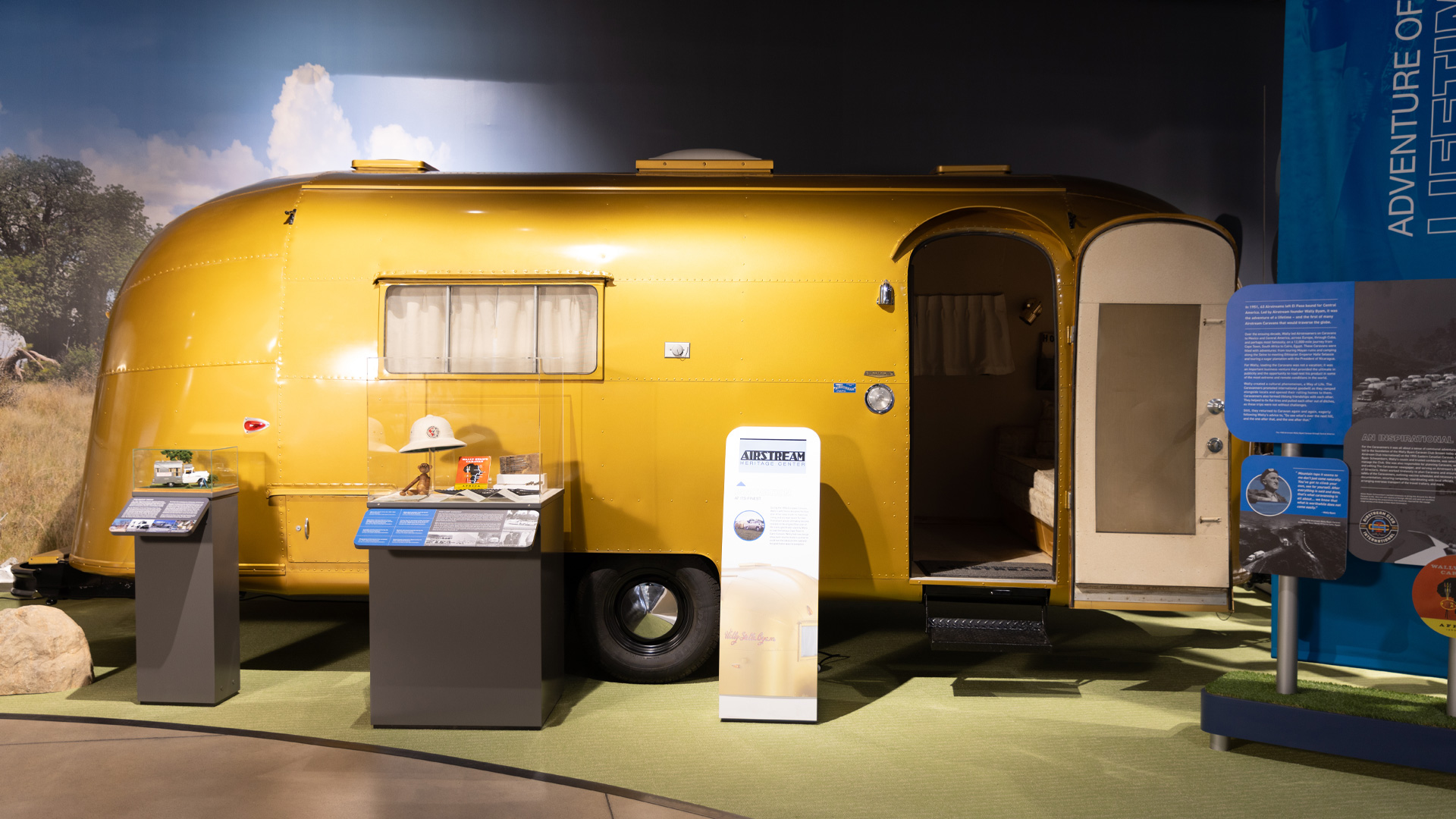 Items from the Space Collection

Airstream and America’s space program have enjoyed a great partnership together over the years. Airstream provided modified travel trailers to be used as Mobile Quarantine Facilities (or MQFs) for the crews of Apollo 11, 12, and 14 to stay in as precaution against unknown pathogens the astronauts could have been exposed to during their trip to the moon. Later, Airstream provided the Astrovan, a custom version of the Airstream Excella Motorhome that was used to transfer astronauts to the launch pad during the Shuttle Era. Artifacts and historical photos from Airstream’s contribution to the journey to space are on display at the Heritage Center. 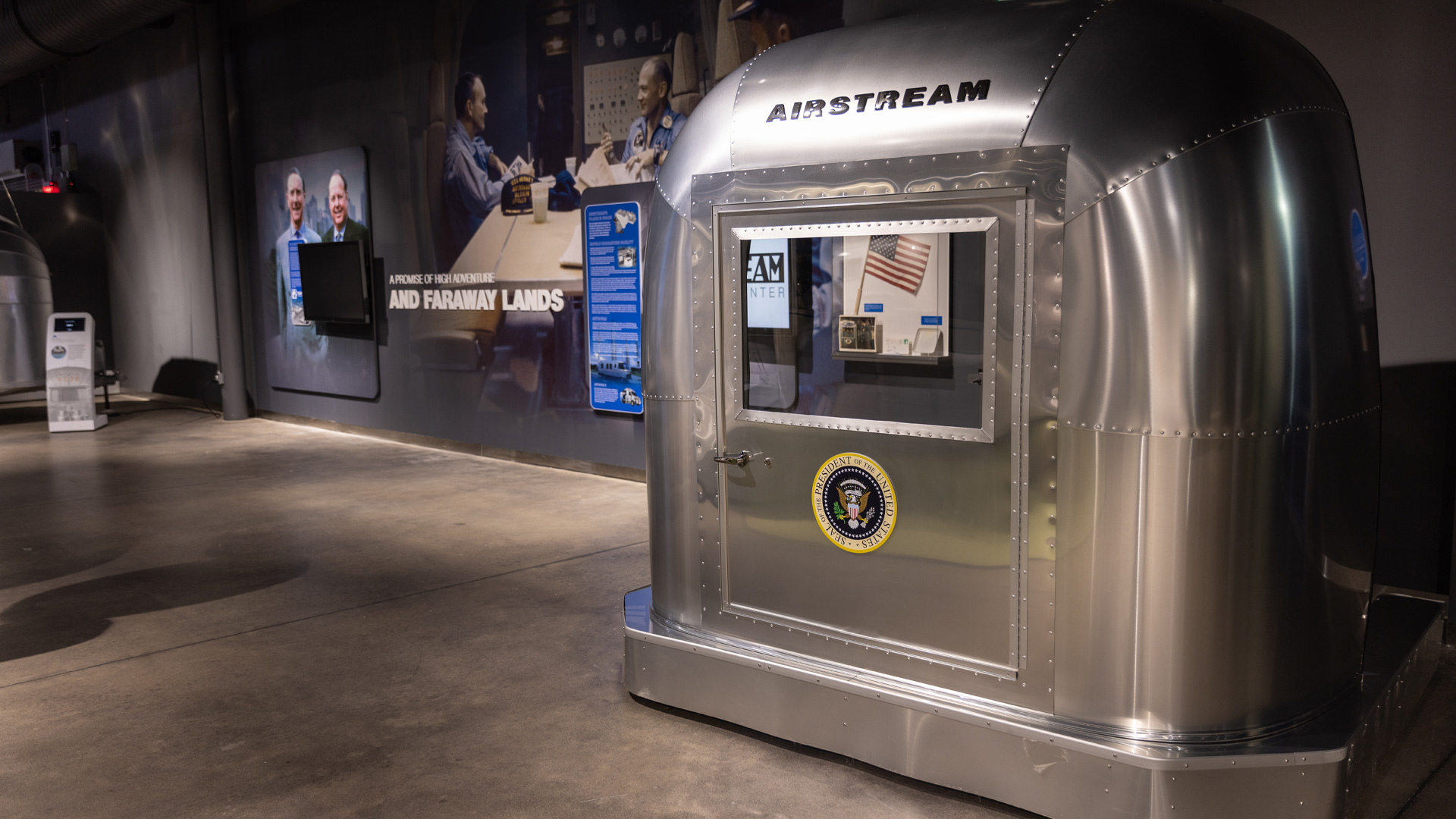 An Around the World Airstream

Perhaps one of the most iconic of the vintage Airstreams on display is the 1963 Tradewind which was used during the Around the World Caravan by Virgil and Grace Golden. Thanks to the Golden family’s generous donation to the Airstream Foundation, visitors can not only see this rare Airstream but also a large collection of artifacts that Virgil and Grace collected during their Caravan trips including car club medallions from around the world and beautiful fabric from various countries. 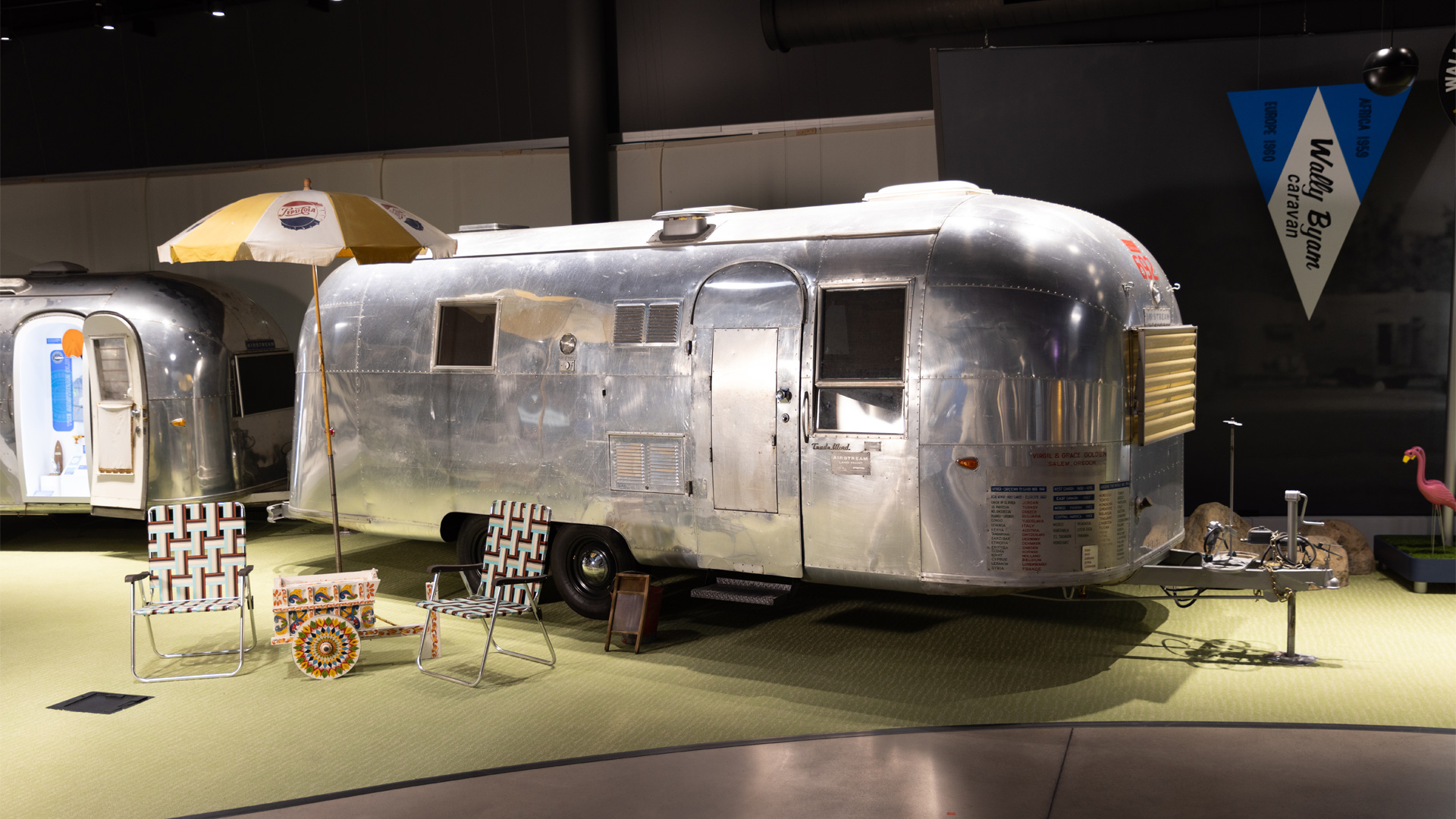 After exploring these exhibits and more, visitors to the Mothership can stock up on camping gear and grab a souvenir at the Airstream Supply Company Store. And don’t forget to sign up online to join the daily Airstream Factory Tour for an up-close look at how these iconic silver bullets are made.

The Airstream Heritage Center is now open weekdays from 9am to 4pm at the Airstream company headquarters in Jackson Center, Ohio.