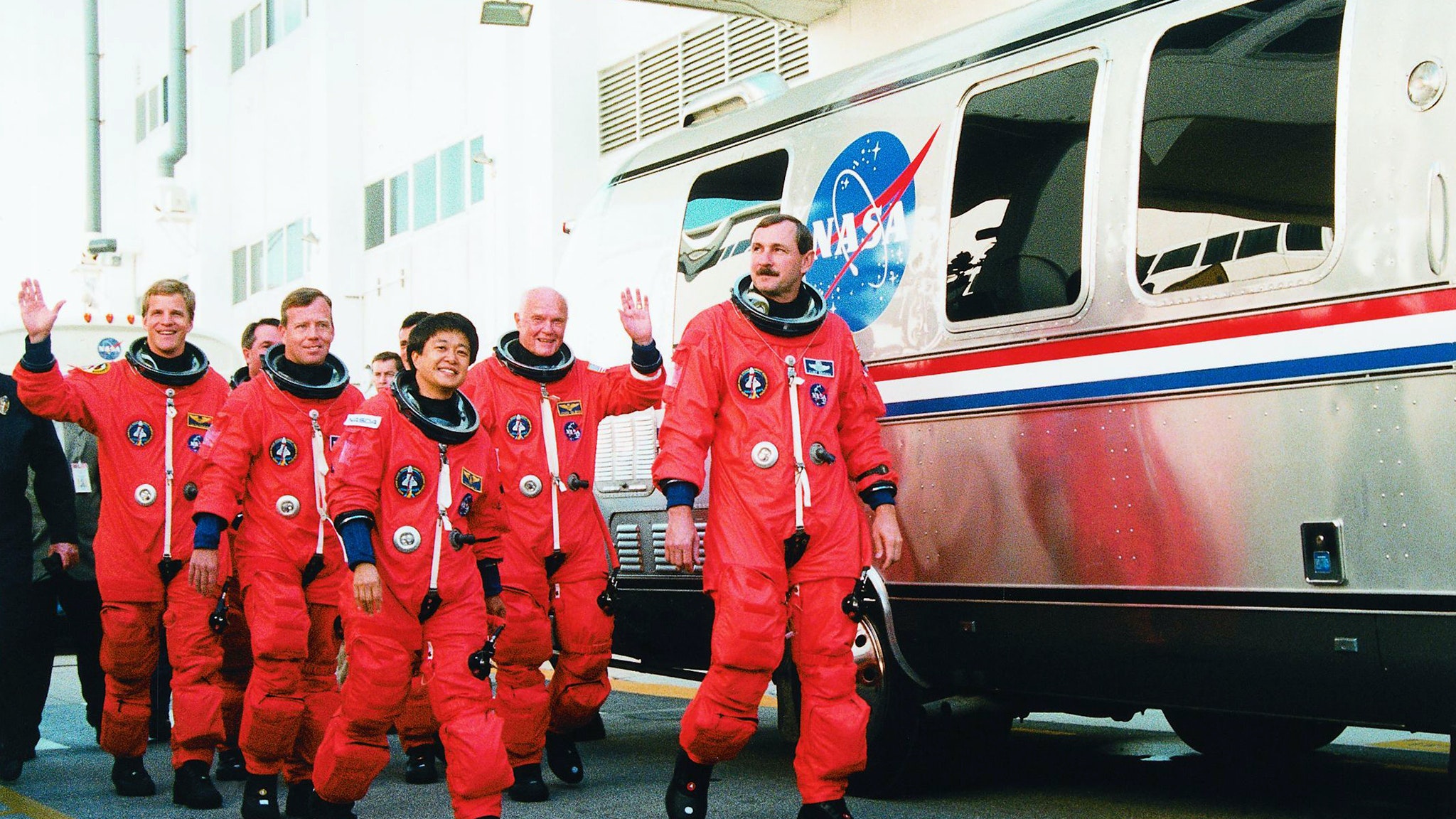 A brief history of the legendary Airstream that delivered NASA astronauts to the Space Shuttle launchpad at Kennedy Space Center.

Airstream has played a role in America’s space program since the 1960s. In 1967-1968, Airstream built the vehicular structure for the four Mobile Quarantine Facilities or MQFs that were used to quarantine the returning Apollo astronauts to prevent the possible spread of any lunar pathogens that they might have encountered while on the surface of the moon.

Airstream’s involvement with the space program continued on after the usage of the MQFs. In 1983, Airstream was commissioned to build three modified Excella Motorhomes for use in NASA’s Shuttle program.

Perhaps the most famous of these three vehicles is the 27’ Airstream Motorhome known as the Astrovan which was used to transport astronauts from the Operations and Checkout Building at the Florida Kennedy Space Center to the launch pad. The Astrovan was used on each shuttle mission from 1983 until the final mission in July of 2011.

In its 27 years of service, the Astrovan racked up a mere 26,500 miles. That’s because it was only used during launch rehearsal and on launch day to transport the crew approximately nine miles from where they suited up to the launch pad and back. On launch day, the crew gathered in front of the Astrovan, smiling for photos and waving to the crowd before boarding the vehicle. They were then escorted by security to the launch pad, occasionally spotting a Florida alligator or two along the way.

In place of the standard living and dining areas, the Astrovan featured bench seats along either side to support a shuttle crew of 8. The benches were equipped with lift-out sections to accommodate the ventilator units used to circulate cool air through the astronauts’ bulky orange launch and entry suits. A rear hatch with steps allowed for cargo loading. The vehicle also had standard features for the time such as a lavatory and refrigerator. The original interior was maintained, including the dark-wood paneling and gold drapes.

The Astrovan, with its traditional interior, was a familiar and comforting sight on launch day. Traditions have been important to astronauts over the years. For example, on launch day, breakfast is always steak and eggs, a tradition that started with the first manned American space flight. Before boarding the Astrovan, the crew had to play a game of cards and they could not leave for the launch pad until the commander lost.

"I always associate this vehicle with flying," said astronaut Chris Ferguson, who participated in three shuttle launches, including commanding the final Space Shuttle launch in 2011, "because you get in here for TCDT, which, of course, is the launch rehearsal, and then launch day."

It was exciting for the crew, especially for the newest members, to be able to ride in the vehicle that had carried their predecessors out to the launch pad. The Astrovan has hosted a long list of famous astronauts including Ohio native John Glenn, the first American to orbit the earth in 1962, who boarded the Astrovan in 1998 and returned to space at 77 years old. Kathryn Sullivan, the first American woman to perform an extra-vehicular activity in space, is another famous Astrovan passenger.

Today, you can visit the Astrovan on display at the Kennedy Space Center Visitor’s Complex in Cape Canaveral, FL. To learn more about Airstream's current involvement in the next chapter of space exploration, click here.