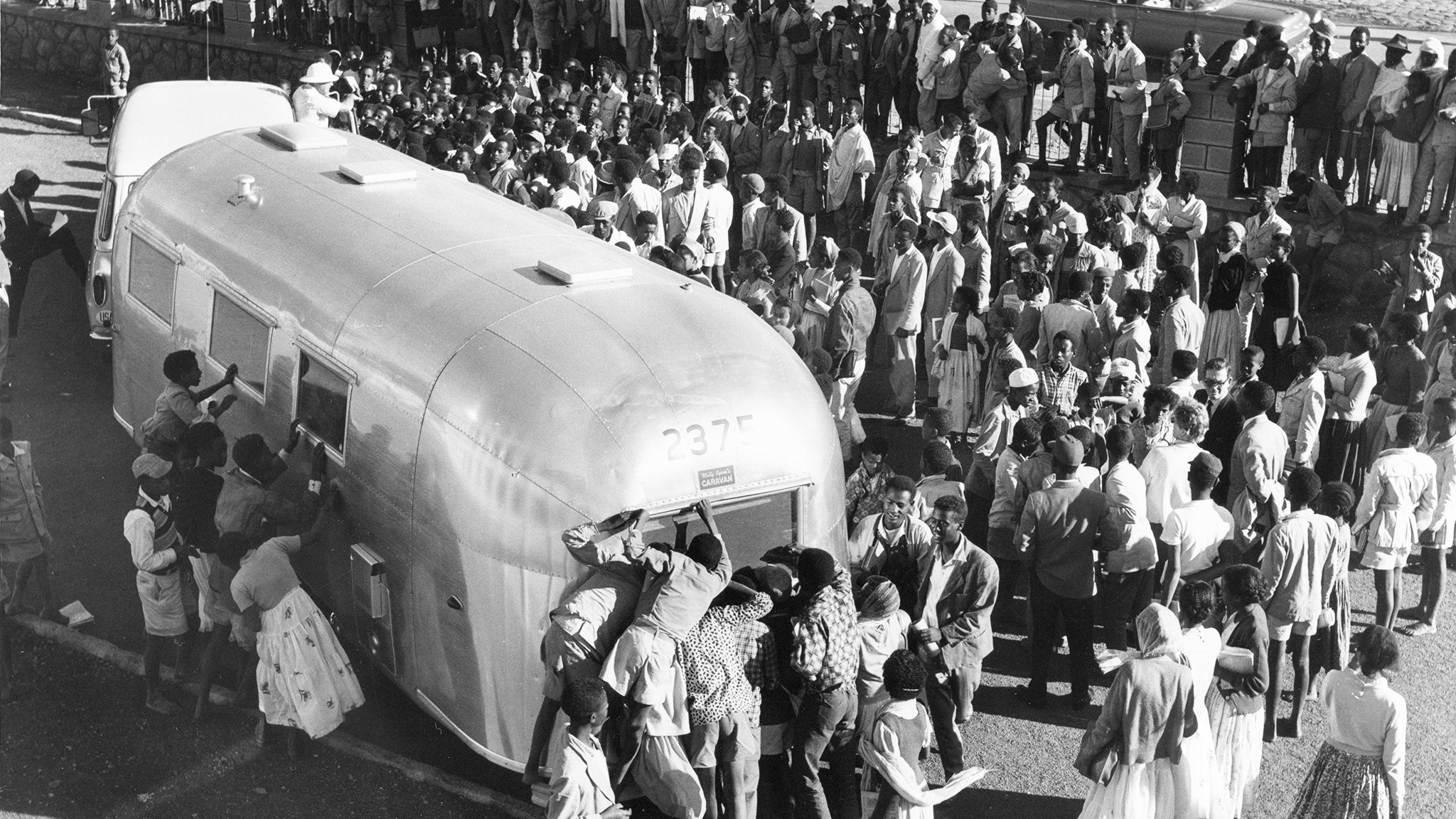 Pete Turner’s photographic chronicle of the 7-month Airstream journey through Africa allows us to see the iconic voyage through the eyes of a caravanner, and continues to inspire us to embark on our next adventure.

Pete Turner was an iconic photographer with an eye for the arts, and captured one of the most remembered Airstream caravans: the journey through Africa in 1959-1960. Today, many remember his vibrant color schemes and album art shots, but few know how much his signature style was inspired by his first trip to Africa with an Airstream Wally Byam Caravan. 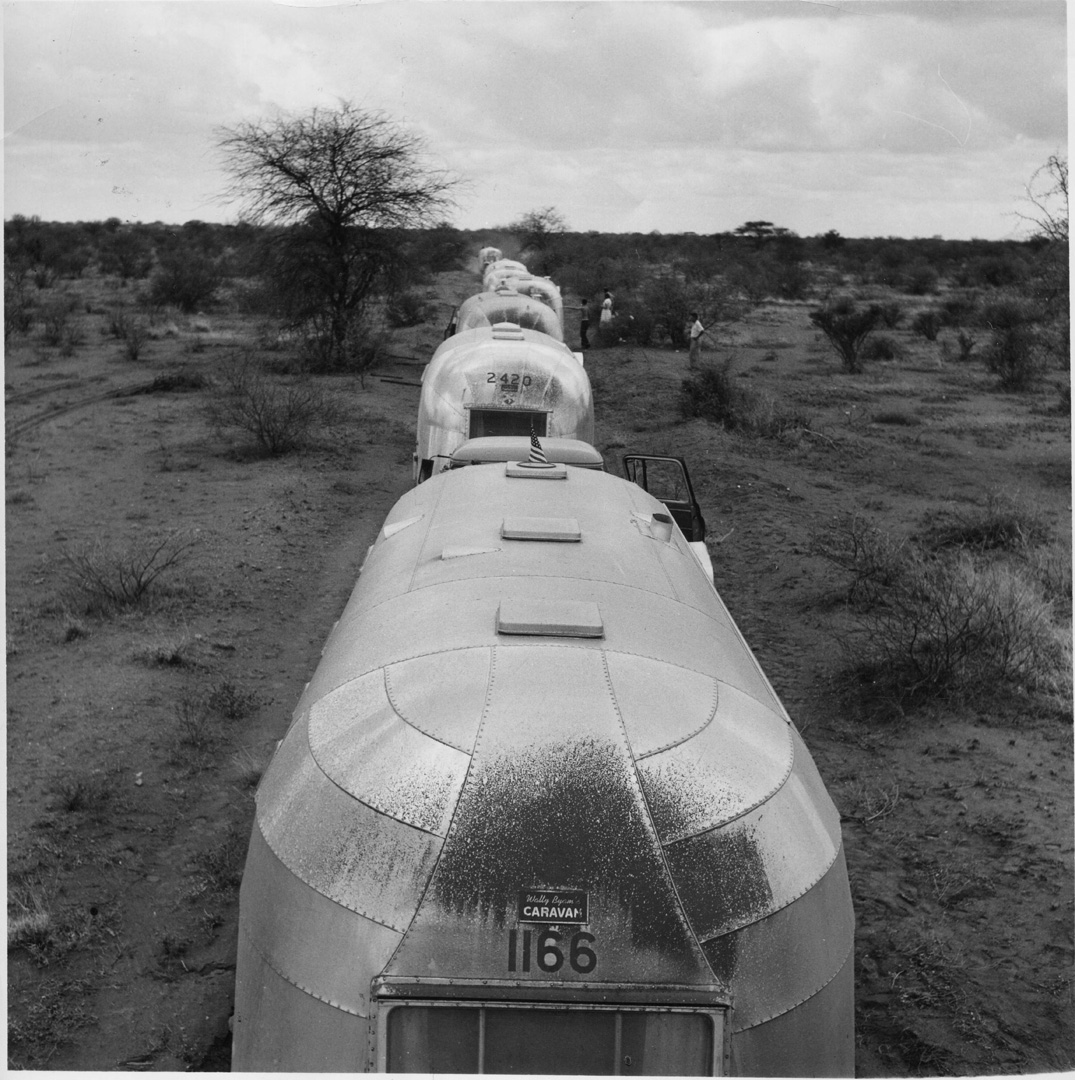 Pete Turner first took up a camera in the mid-1940s at age 11. His approach came from an artistic perspective, inspired by his father who led a large jazz orchestra in New York. Pete’s love of jazz fueled his imagination and creativity. At first photography was just a hobby, but eventually he was trained in commercial techniques with black and white and color transparencies.

After getting a degree in photography and art at the Rochester Institute of Technology, Pete was drafted into the Army. He pursued photography throughout his years in the military, where he worked in a photo lab and served on a combat photography team. He began experimenting with bold color techniques out of curiosity and a desire to make something original. 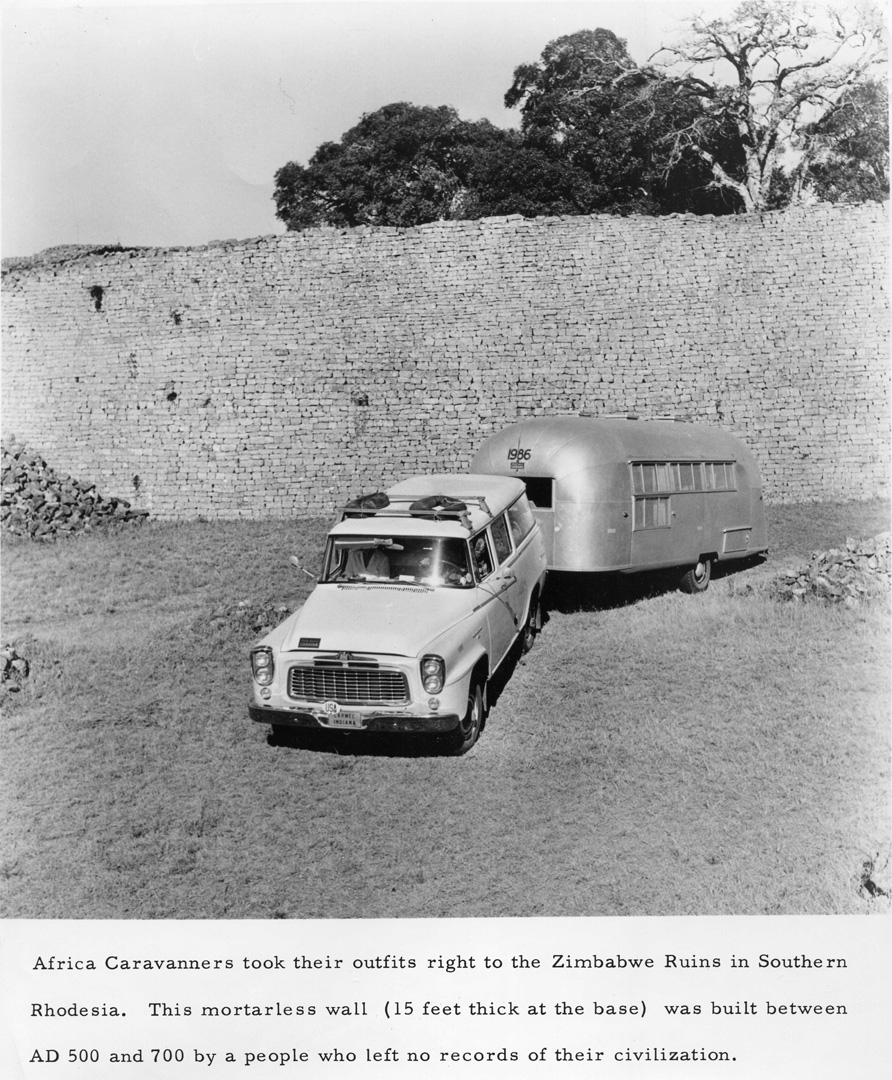 In his mid-twenties, Turner’s creativity and originality landed him assignments with major magazines and many album covers. During this time, he was hired by the head of Airstream’s photography department, Pat Terry, to photograph Wally Byam’s 1959-1960 Africa Caravan. Little did he know that this trip would be the beginning of a life-long passion for the wildlife, landscapes, and cultures of Africa. Although originally scheduled to be three months long, the caravan lasted several months longer. Pete was not disappointed.

He compared the caravan to a military expedition; it was strenuous and required perseverance from every member. The terrain was rough, and sometimes there were no roads. Turner captured both the mundane and the monumental moments of the trip. His photographs showcased the differences in terrain across the continent. Some areas were touristy, some were vast and unpopulated, some were flat, and others were mountainous. The caravanners encountered impressive waterfalls, interacted with African government officials, visited Egyptian ruins, and experienced various tribal cultures.

Pete shot commercial black-and-white film for Airstream as well as Kodachrome color film for his own portfolio. His color shots set a new standard for travel photography. He also shot the documentary film for the caravan on a wind-up film camera. His photos were full of scenic landscapes and unique encounters, showcasing the Airstream travel trailer as a vessel for adventure.

In order to capture these once-in-a-lifetime moments, Pete needed to be able to care for and utilize all of his photography equipment. Airstream equipped him with a special vehicle for the long trip catered perfectly to his needs. He was given a truck with a white camper body on a 4-wheel-drive International Harvester chassis. This vehicle allowed him to be flexible in his position in the 43-vehicle caravan, accessible to various photo angles, and to store his equipment. Airstream catered to Turner’s every need for the extended trip and fluctuating climate. They built a climate-safe storage compartment for his film, which was located next to the water tank. His support truck also had auxiliary gas tanks for easier travel. In a place where there was often no road and no concrete knowledge of how long the trip was, these amenities made Turner’s job easier. 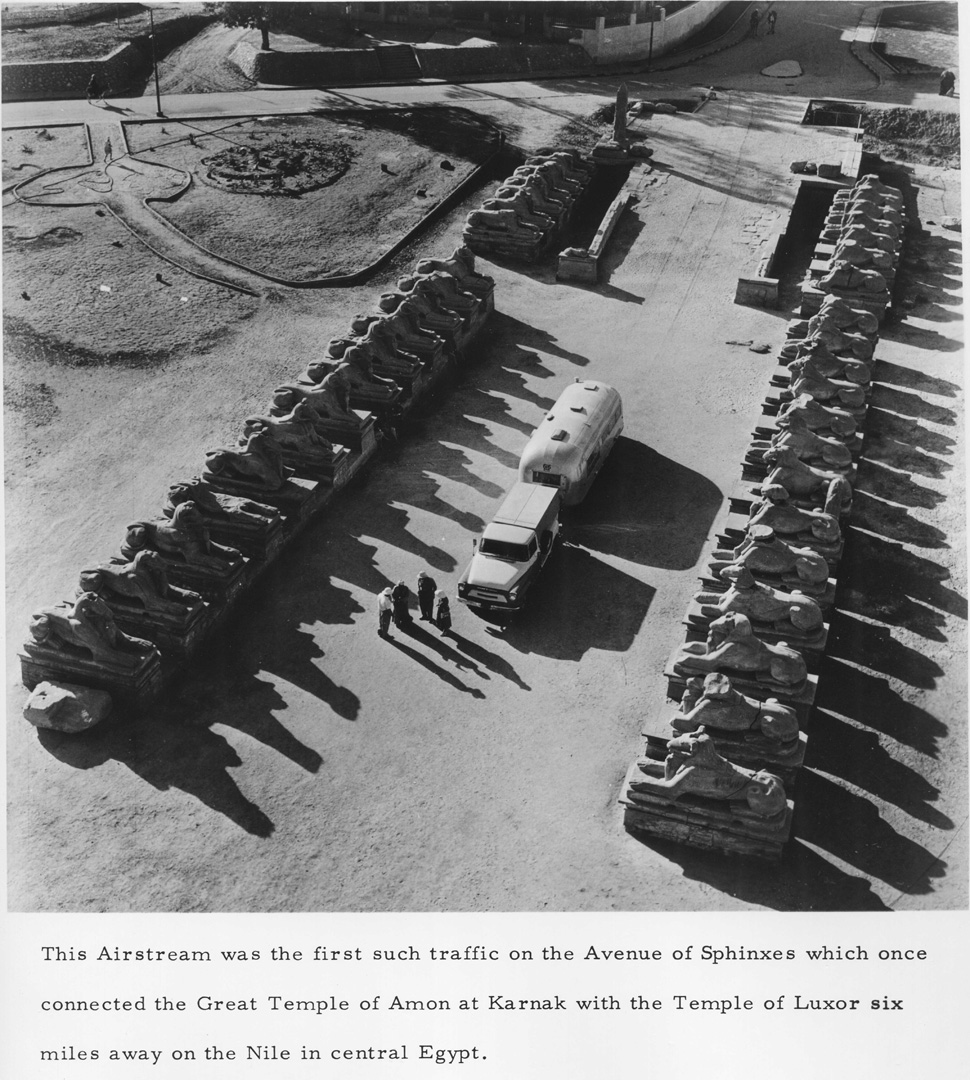 Looking back at Pete Turner’s career and specifically his time with Airstream, he can best be described as both creative and well-rounded. He is widely recognized as one of the first masters of color photography with his manipulated colors and intensely saturated hues. Over the course of six decades, Pete Turner continued to explore new ideas in the photography world. He captured photos from various angles, both physically and from a fresh mental perspective. Pete Turner’s photographic chronicle of the 7-month Airstream journey through Africa allows us to see the iconic voyage through the eyes of a caravanner, and continues to inspire us to embark on our next adventure.

For more stories from the Airstream archives, explore our history blog