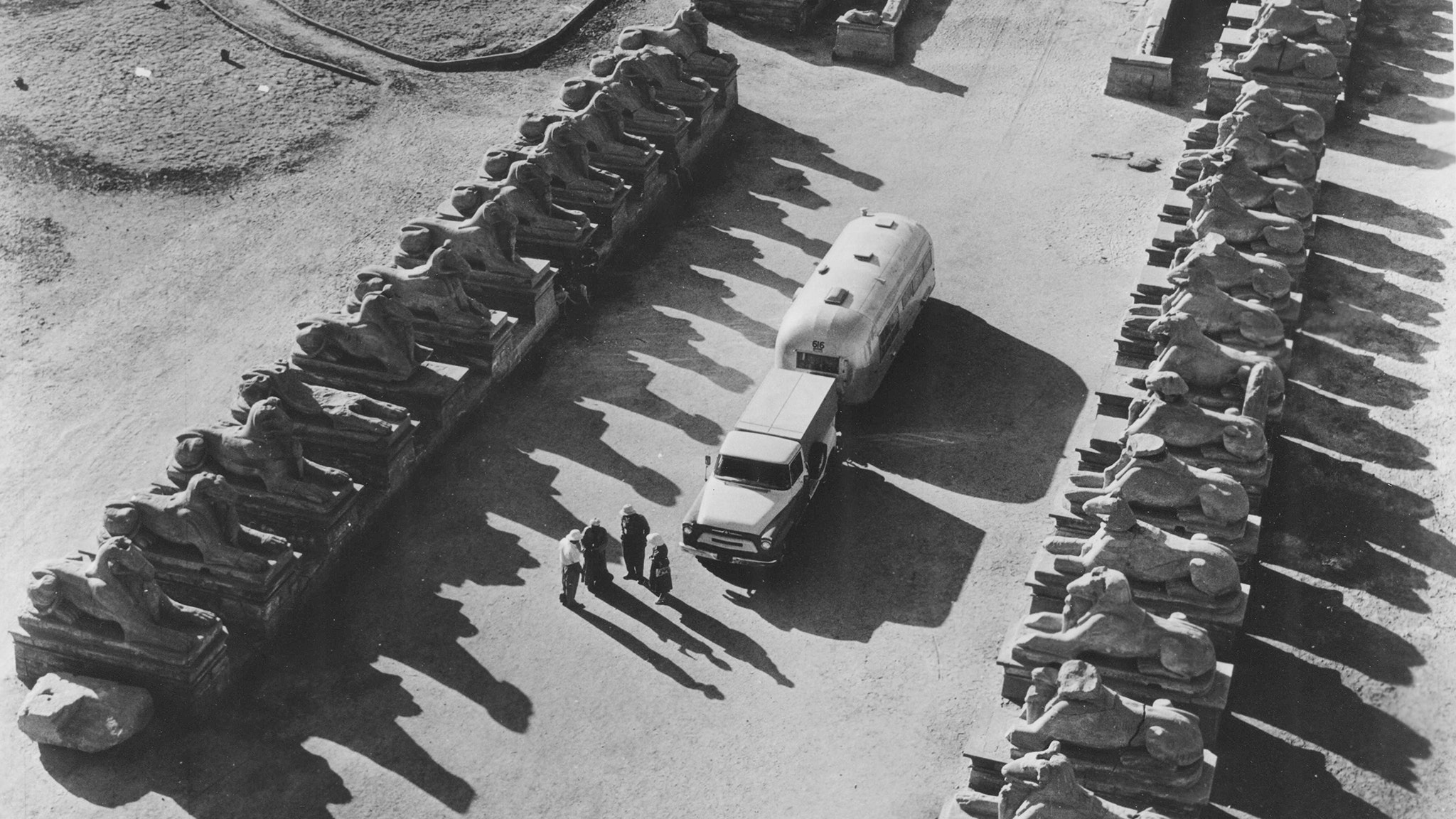 Wally Byam did not fear the impossible. This fact was evident when he decided to lead a caravan of Airstreams from Cape Town, South Africa to Cairo, Egypt. The trip required years of planning, as the group would be traveling through multiple countries, meeting foreign officials, and driving across a variety of terrains. In addition, the caravan required meticulous preparation for adequate food and fuel supplies as well as vaccinations. Several staff members were hired for the caravan including a mechanic and two advance scouts. The advance scouts – Dale “PeeWee” Schwamborn and Nick Charles, son of Airstream president Andy Charles – surveyed road conditions, scouted locations for food, fuel, and parking, and facilitated introductions between government officials and the caravanners. The caravan was photographed by Pete Turner who would later become a world-renowned photographer.

Some said it simply couldn’t be done, but that did not stop Wally. In total, 106 people ages 6 to 86 joined this incredible 7-month, over 12,000-mile long journey across Africa led by Wally in his iconic Gold Airstream. It was the adventure of a lifetime. Caravanners met Ethiopian Emperor Haile Selassie and were invited to his palace. They visited Victoria Falls and wildlife reserves where they saw elephants, crocodiles, giraffes, and more. They explored ancient Zimbabwe ruins and traveled through deserts and rainforests. They were welcomed by locals with elaborate ceremonies and purchased souvenirs and food from vibrant local markets. To top it all off, Wally negotiated with the Egyptian Department of Antiquities to allow the caravan to stay the night at the foot of the Pyramids of Giza.

The caravan was no easy feat: They encountered muddy roads, mountainous roads, desert sands, and occasionally no roads at all. Due to the roughness of the terrain, some days they were only able to make it 2 miles. One caravanner had an emergency operation in the Ethiopian wilderness that was carried out by a doctor on the caravan. Incredibly, 25 of the 41 families had never been on a caravan before. Nonetheless, 29 of the 41 Airstreams made it to the pyramids and several traveled an additional 2 ½ months and roughly 5,000 miles through the Near East. Ultimately, 20 Airstreams then continued on to join the 1960 European Caravan.

Upon their arrival in Cairo on February 6, 1960, Wally sent a triumphant telegram to his cousin and caravan organizer Helen Byam Schwamborn that read, “Because the impossible takes a little longer, we arrived a little late, but you can tell the world that the Wally Byam Caravan from Cape Town to Cairo is history.”