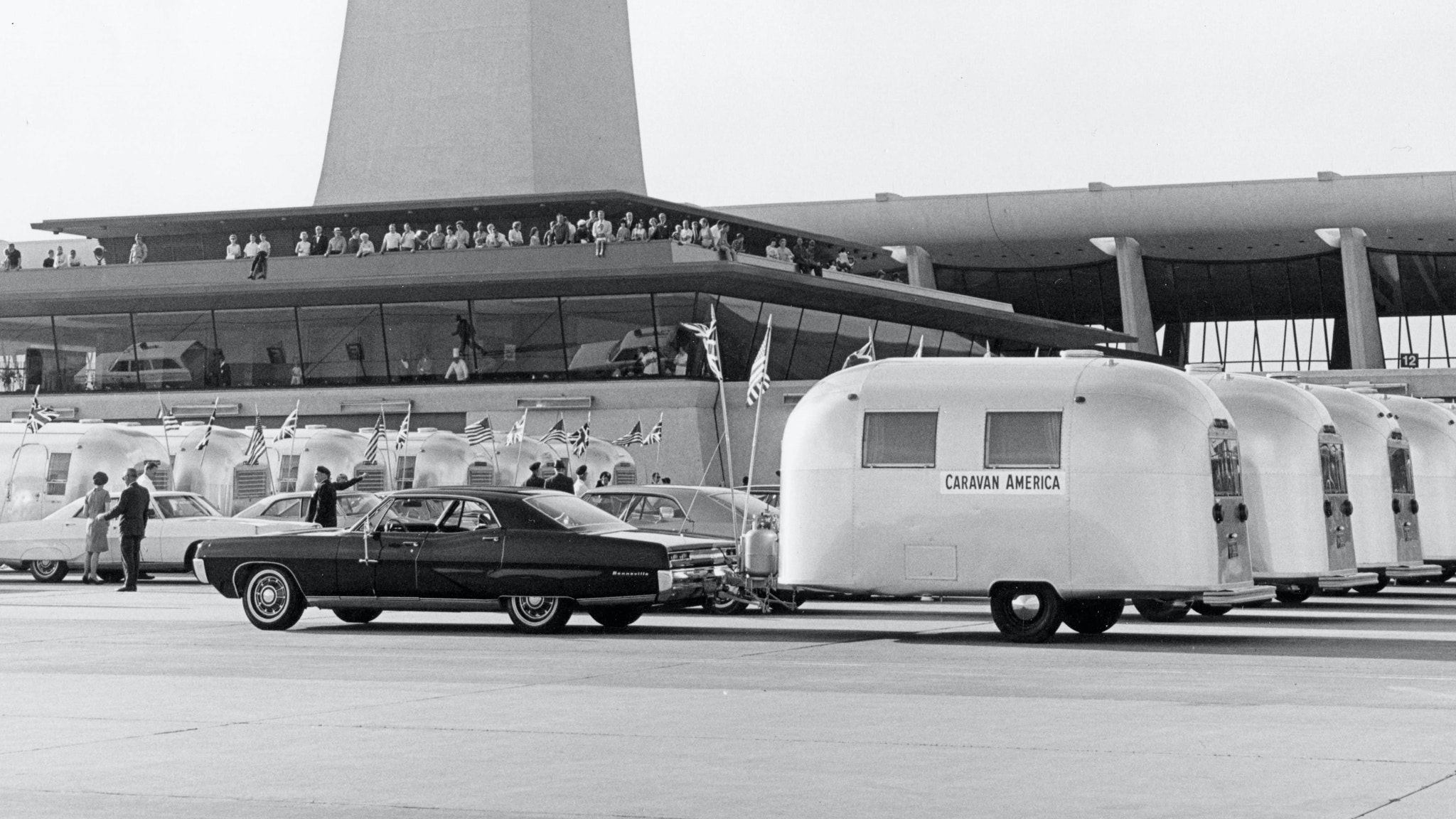 After Airstream founder Wally Byam passed away in 1962, a foundation was established to keep his legacy alive, promoting goodwill and funding humanitarian efforts around the world.

In his Creed, Airstream founder Wally Byam promised “To play some part in promoting international goodwill and understanding among the peoples of the world through person-to-person contact.” 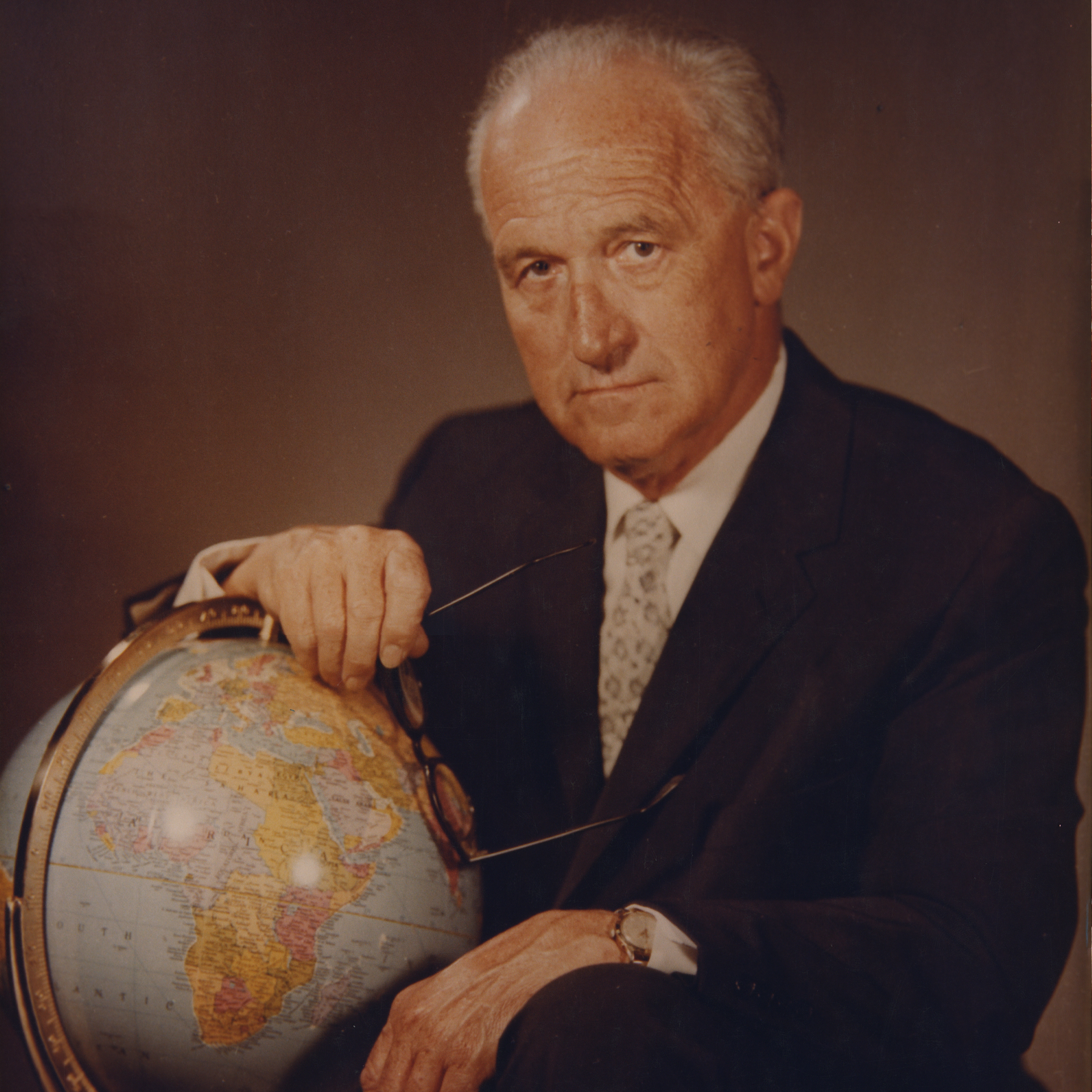 When Wally became ill in 1962, his wife Stella and Airstream executives decided to honor his legacy with the introduction of the Wally Byam Foundation, a non-profit foundation funding humanitarian projects and fostering international goodwill.

According to an introductory brochure, the Wally Byam Foundation served several purposes including:

“to help achieve a greater knowledge of the daily life and cultures, and of the history and the aspirations of peoples in our own country, in all the Americas,  and around the world - and thus to enhance international understanding and Goodwill”

“to further the concept of travel by trailer as a unique and an increasingly  rewarding medium for the advancement of such education and communication  on a people-to-people, person-to-person basis; and to that end, to encourage  improvement in the environment in which such travel takes place, both at home  and abroad…" 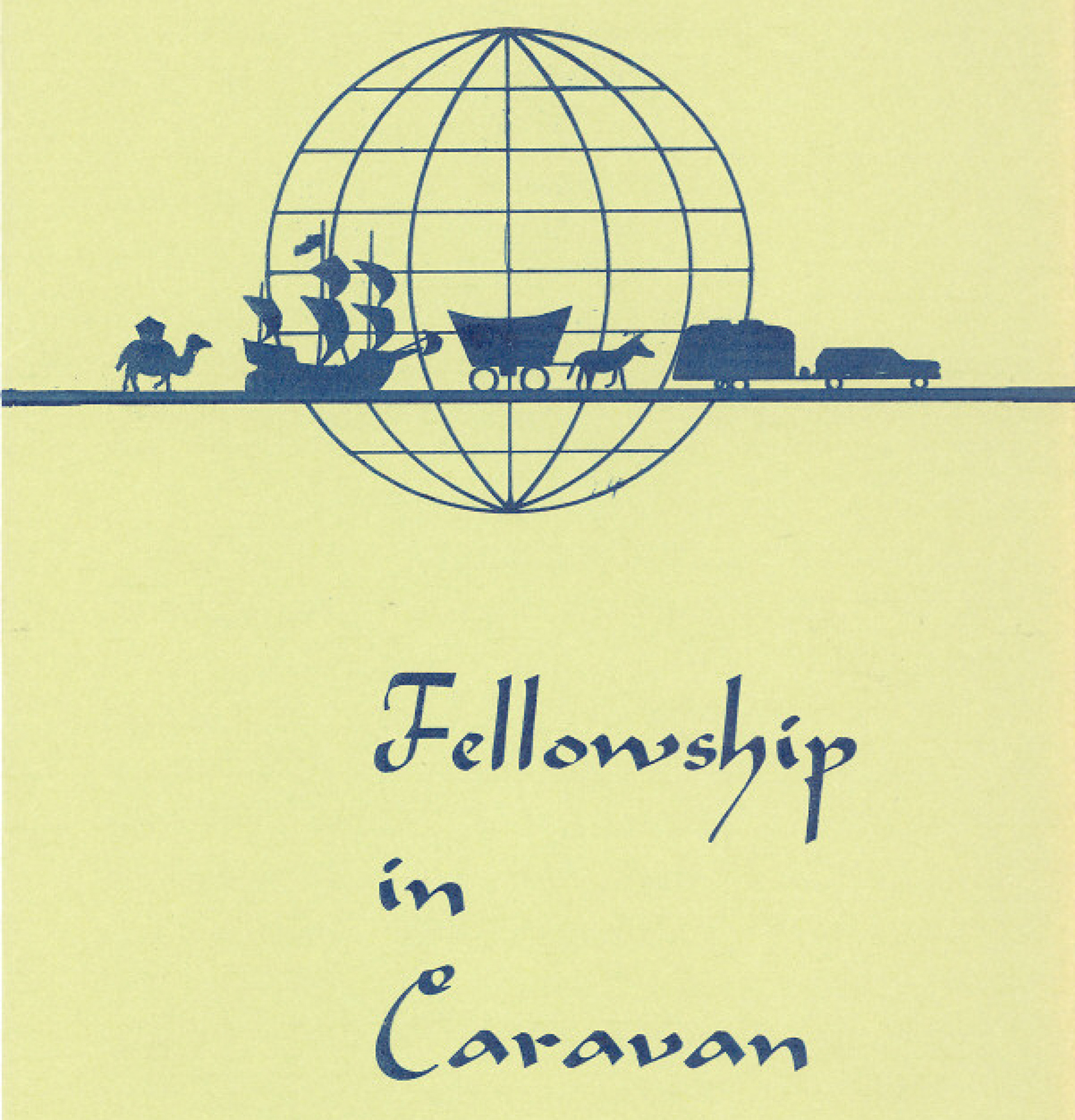 The Foundation sponsored several programs to achieve its goals. Perhaps one of the most famous was the 1965 Caravan trip with President Johnson’s daughter Lynda Bird Johnson. That year, President Johnson had initiated a program called “See America First.” As part of that program, his daughter Lynda Bird was selected to tour through the western United States for five weeks, visiting sites including the Grand Canyon, Monument Valley, and the Grand Tetons.

A team was selected to travel along with Lynda Bird including her press secretary, Secret Service, a U.S. Army communication team, Carolyn Bennett Patterson, a National Geographic photographer, an Airstream service technician, and three drivers. Ultimately, her trip would be featured in an issue of National Geographic. 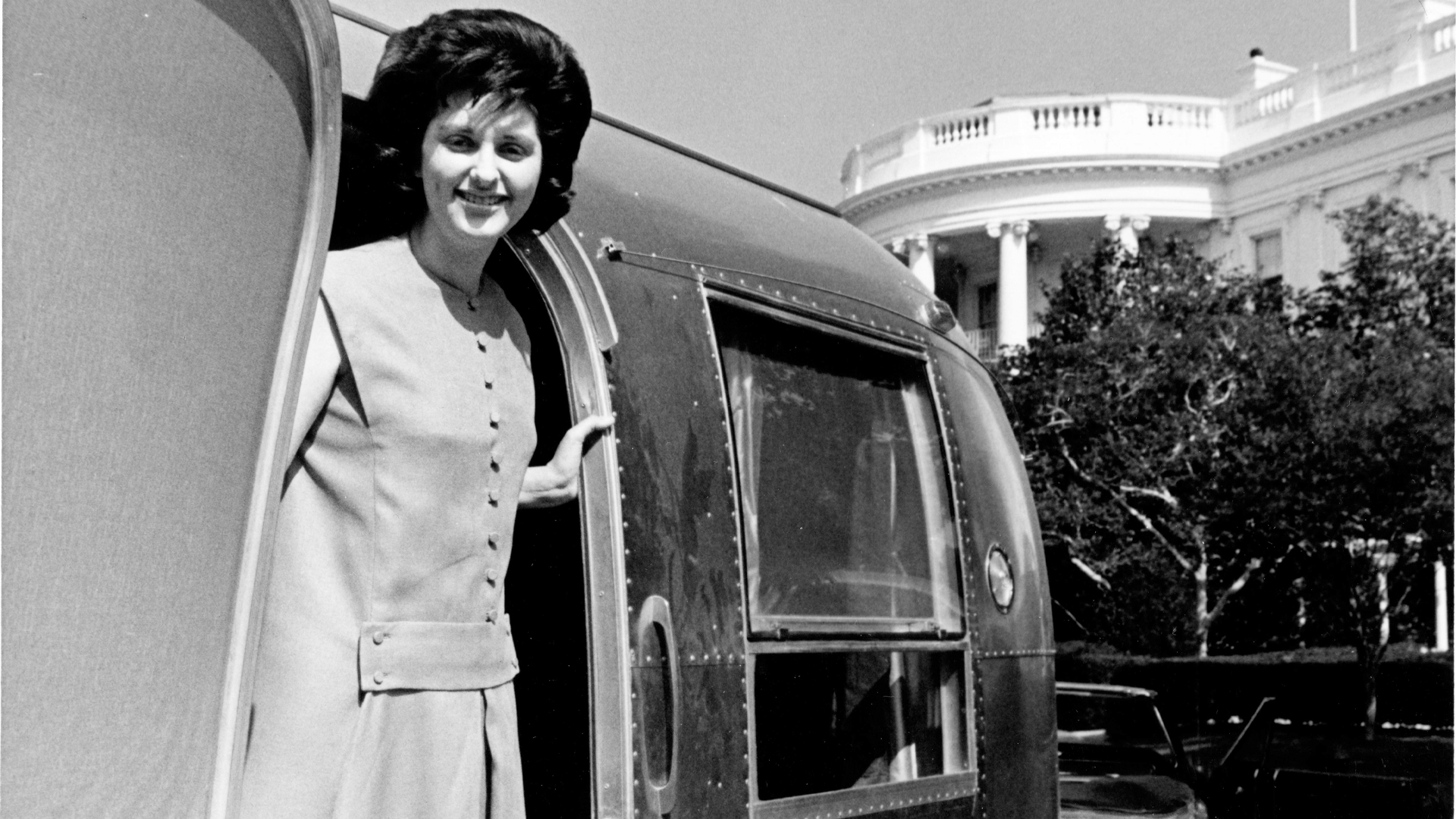 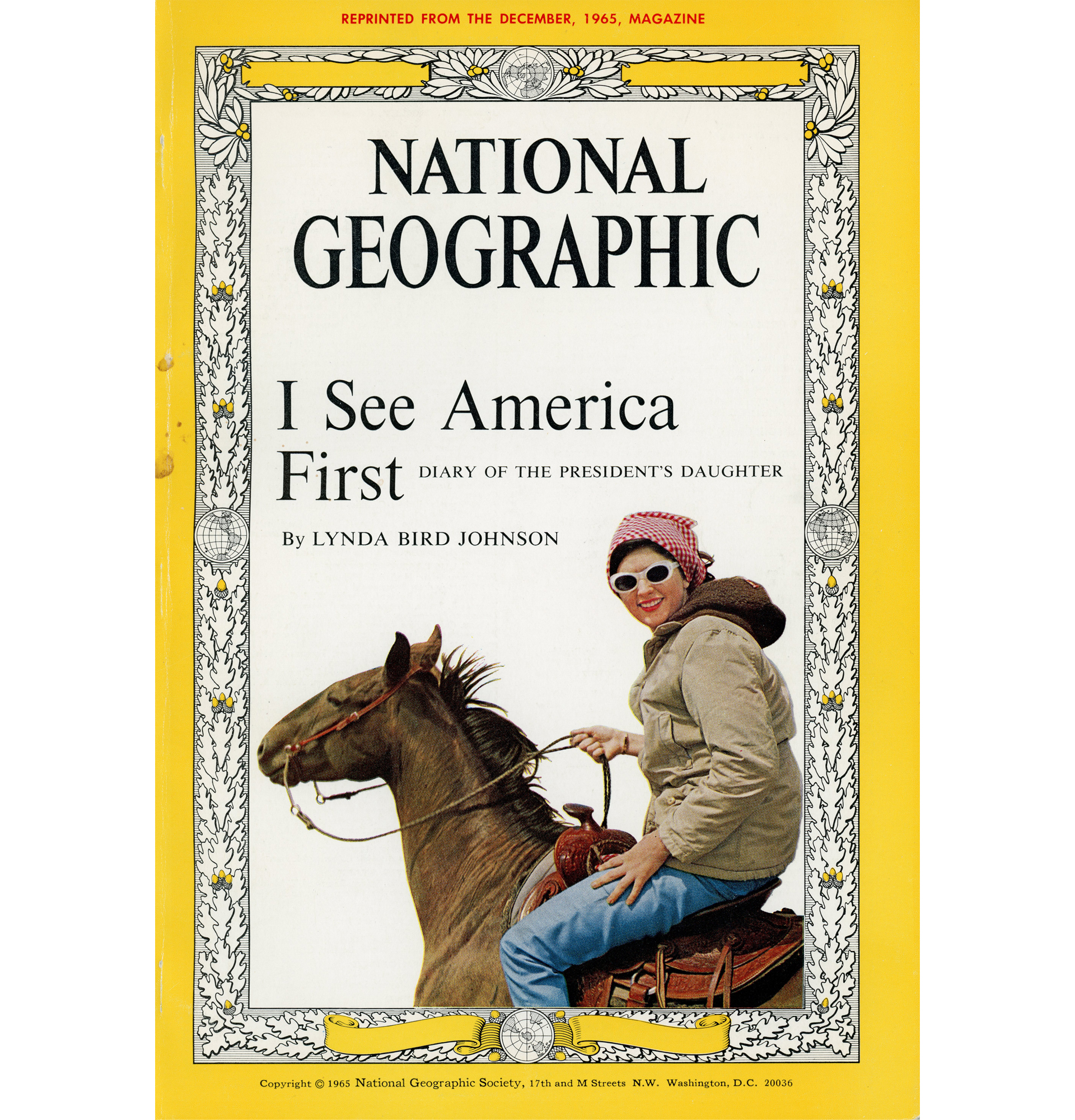 The Wally Byam Foundation launched several other initiatives including a program known as Caravan America. As part of Caravan America, in June of 1967, the British Caravan Club sent 20 leading officers & families to the U.S. to participate in a cross-country voyage from Washington D.C. to California.  The Wally Byam Caravan Club served as escorts and hosted the British contingent at the Club’s annual International Rally in California that July. 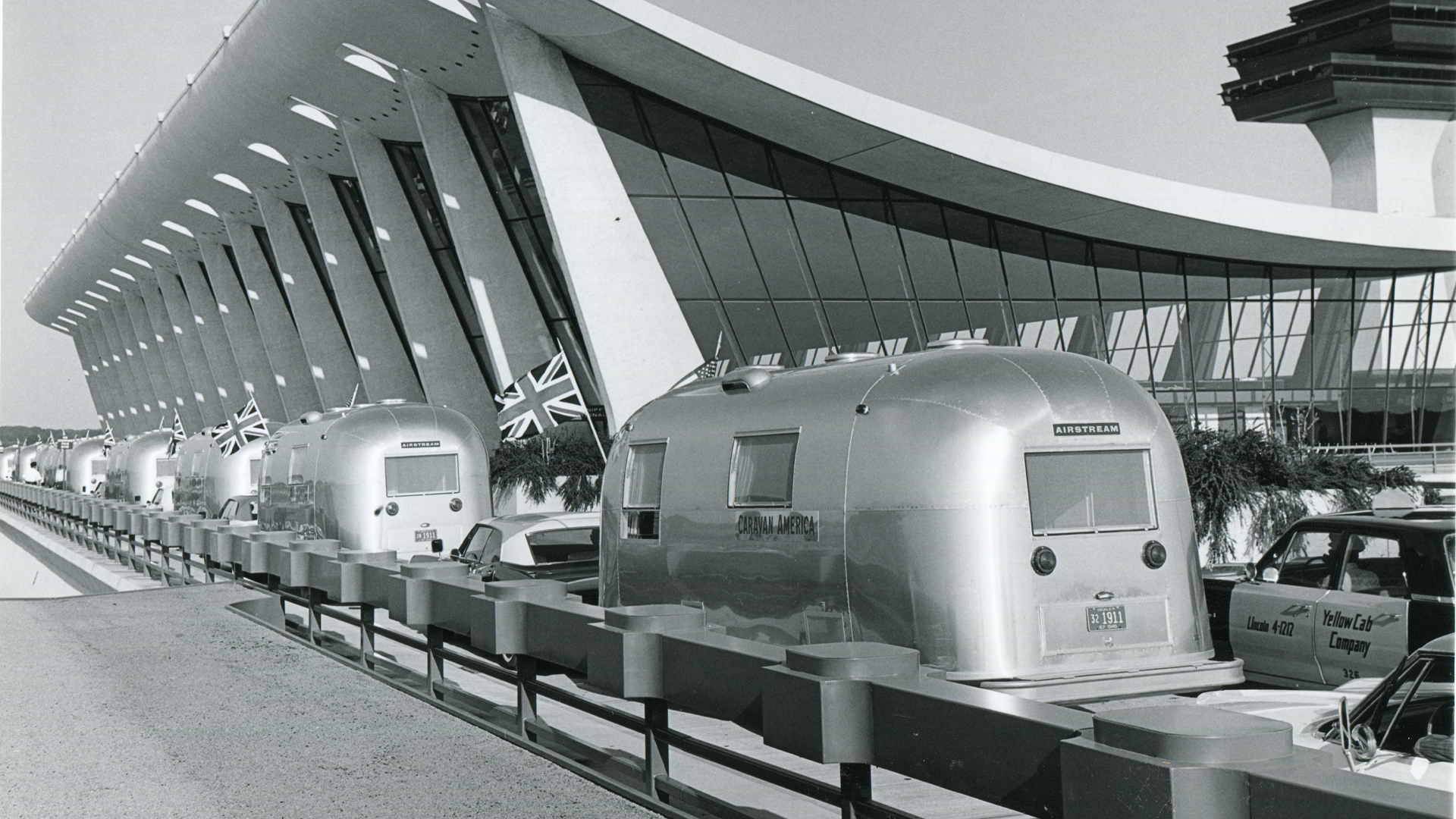 The British contingent at Dulles airport during Caravan America.

Afterwards, a contingent from several French Caravan Clubs arrived in California and used the Airstreams and GM tow vehicles to retrace the same route back to Washington D.C. In addition to the WBCCI and GM, several oil companies, the United States government, and several state and local governments provided support. In total, the Wally Byam Foundation carried out over a dozen Caravan America trips with over 67 countries represented. 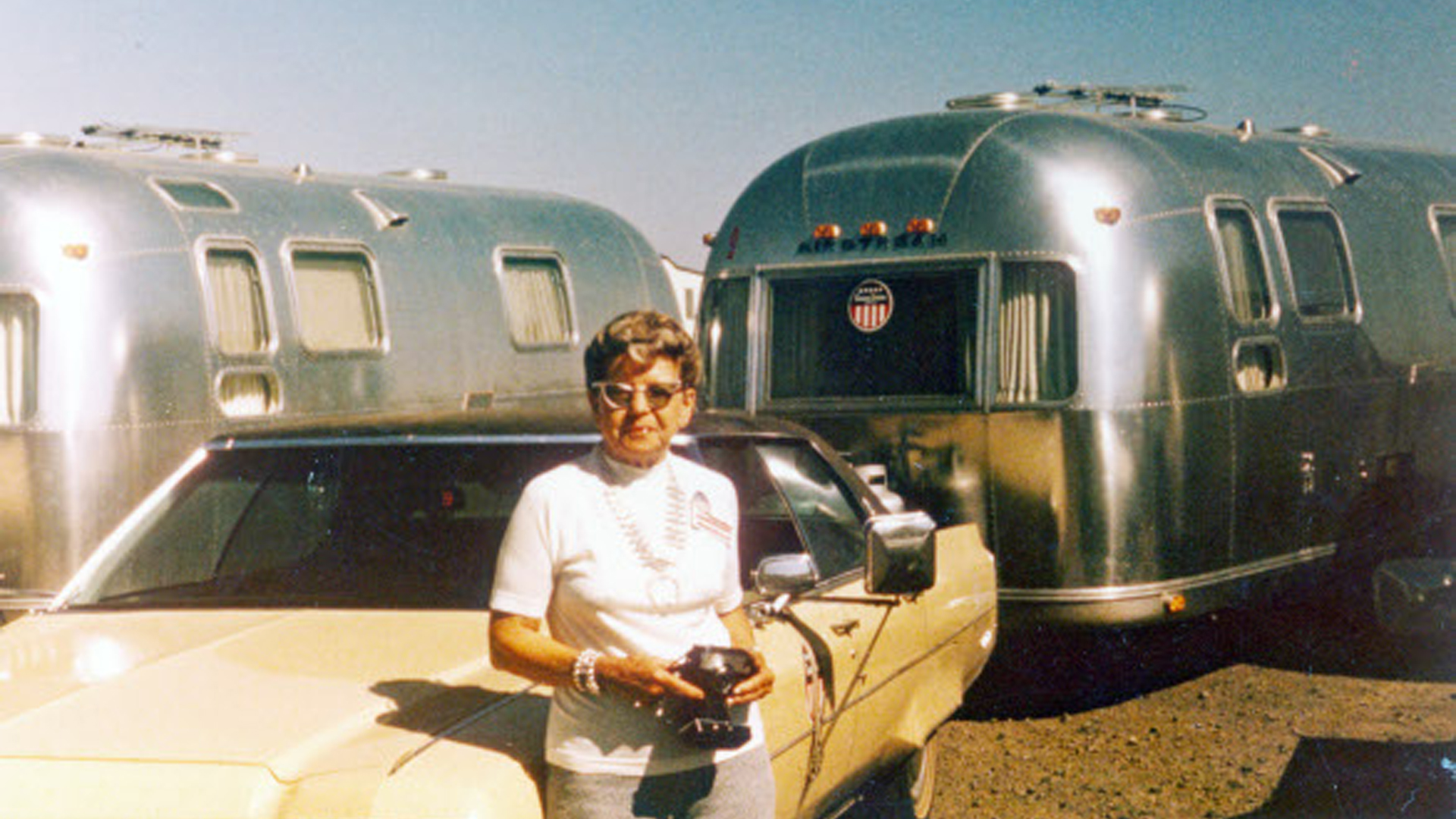 Throughout its existence, the Foundation also provided several Airstreams and tow vehicles to be made available to US Foreign Service officers & their families during periods of home leave so that they could tour the country and “re-familiarize” themselves with home.

With the American Bicentennial on the horizon, the Wally Byam Foundation launched its most ambitious program – Open House U.S.A. In 1976 the Foundation held a series of nine Caravans of foreign journalists that crossed the United States. Carolyn Bennett Patterson served as an important liaison between National Geographic and the Foundation. For each trip, the magazine provided excerpts of its publication pertaining to significant travel destinations for the Caravanners. 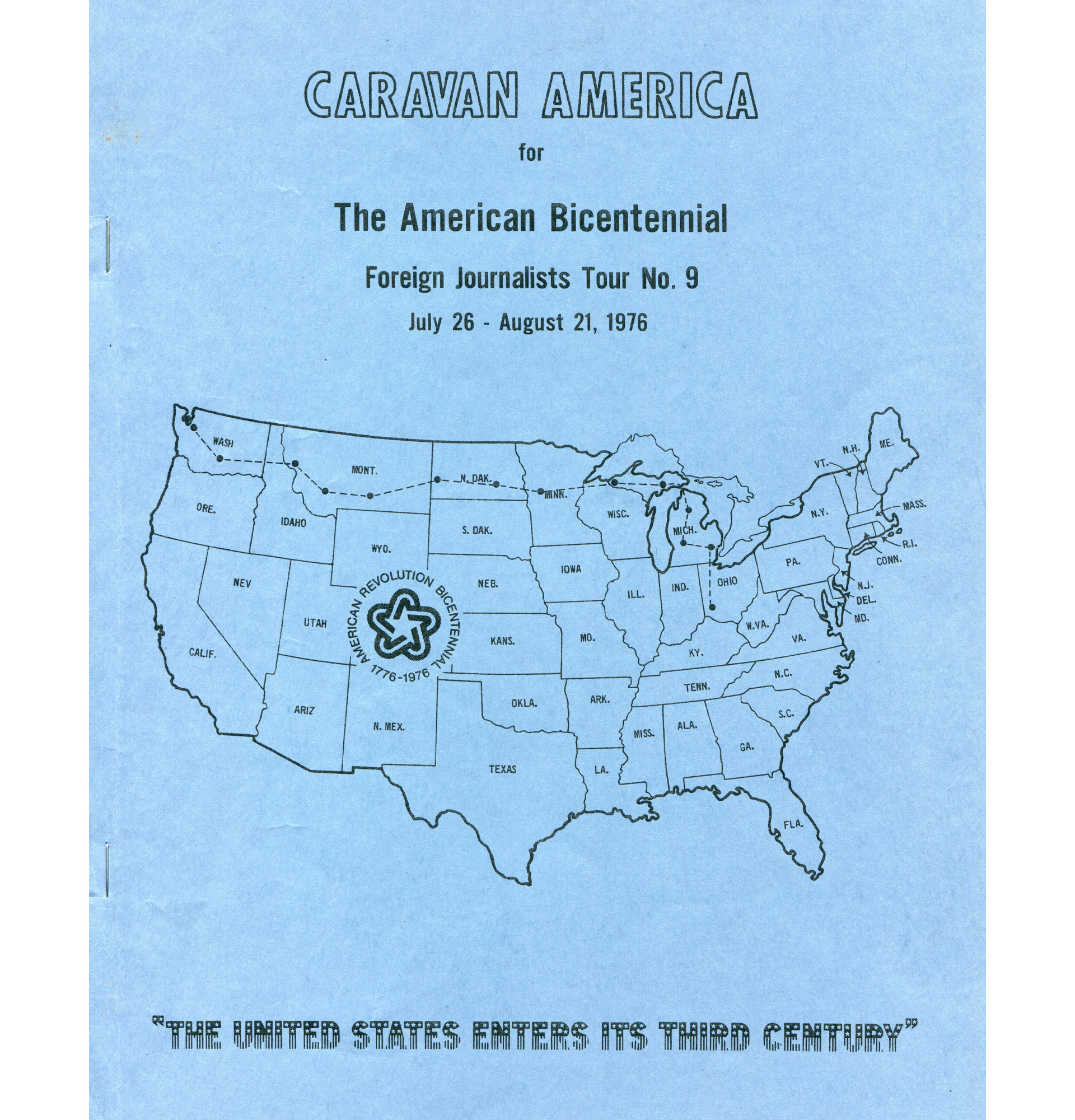 Although it was ultimately disbanded in 1977, the Wally Byam Foundation carried on Wally’s legacy of promoting travel and spreading fellowship and international goodwill. Reflecting on her involvement with Airstream and the Wally Byam Foundation in her biography, Carolyn Bennett Patterson stated, "Wally was, to my mind, a valuable American original, a diamond in the rough, completely himself, bronzed by the sun as befits an outdoorsman, and brimming with enthusiasm and plans. We hit it off famously."