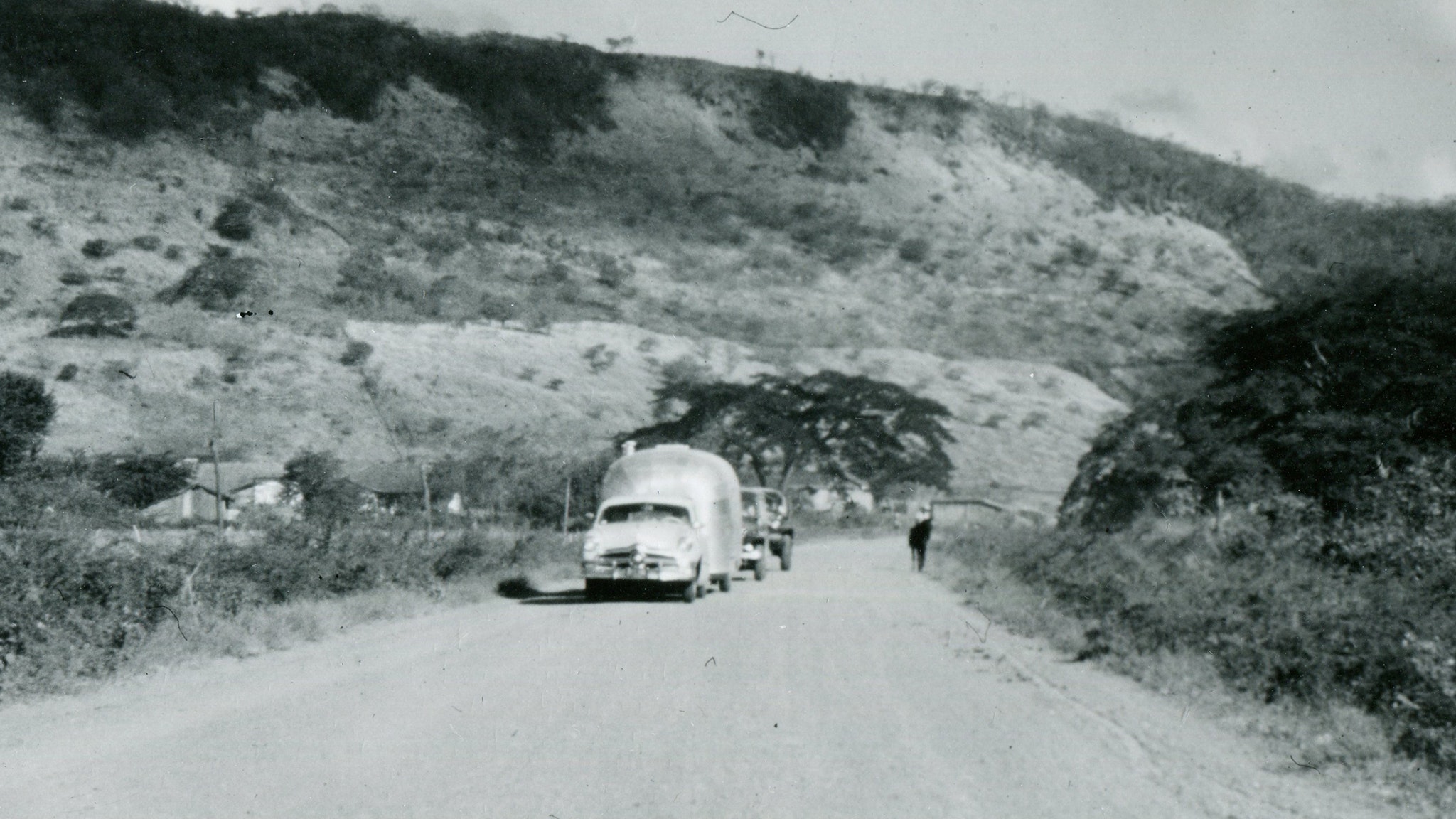 By the time the Caravan reached Guatemala City, sixty-five members remained. They visited the glorious Olympic Stadium, the Church of Santo Domingo, the local markets, and the nearby former capital of Guatemala-Antigua. The mayor of Guatemala City treated the Caravanners to a formal dinner there.

The last stop in Guatemala was the town of Chichicastenango, where the Quiche Mayan tribe lived. The tribe members from nearby villages visited the Caravanners in traditional attire and demonstrated their crafts.

The next country on the Caravan was El Salvador, where they were provided with helpful tourist guides to find the best places to explore. They toured a well-known coffee plantation in San Salvador and went boating on a lake which was in an extinct volcano crater, among other adventures.

The Caravan members had a lengthy time acquiring visas to enter Honduras and Nicaragua. After this process, they crossed Honduras for the last leg of the Caravan before turning around. Upon reaching the Nicaragua border, one member of the Caravan, Andy Anderson, went ahead to scope out the road, bringing a translator along just in case. He got stuck on a hill, and needed to be pulled out. Luckily, a farmer was plowing nearby with his oxen. With the help of his translator, they convinced the farmer to help pull them up the hill.

Continuing on through Nicaragua, the Caravanners visited coffee fincas, sugar plantations, met the President of Nicaragua and toured his sugar plantation. The climax of the trip was when the Caravan pulled into Managua, where the Nicaraguan government had prepared a campsite for them for a week’s stay. This was the last stop with the trailers before they would turn around. The U.S. Ambassador to Nicaragua and others threw celebrations for the Caravanners.

They had wanted to see Panama in order to reach South America, but the best they could do was fly there, as they had already gone so far with their trailers. The Caravanners stayed in a nice hotel, but found that they were ready to return to the comfort of their own travel trailers after a short time.

On February 1, the journey home began. The Caravanners were given a warm send-off by the Nicaraguan people cheering them on. It was virtually very similar to the trip south in terms of travel difficulties. However, this time, each driver knew what was ahead, as they forged through mud, dust, forest, and steep mountains. After riding the flatcars again, the Mexican Road Department had surprised the Caravan by grading the roads for smoother travel. It was a much easier return from this point, and the Caravan arrived in the states in late February, with fourteen out of the original sixty-three trailers.

What an amazing feat for those trailers that made it the entire way through. Wally described the mixed emotion of each participant upon their return, and none of them thought they would attempt this adventure again. Wally himself lost several pounds and gained “a new outcropping of gray hair.” Thankfully, this sentiment did not last long and Caravans would soon become an integral part of the Airstream Way of Life. Wally and the Caravanners had made history;  little did they know that the Caravans would become a tradition and inspire many people to take on a whole new kind of adventure.