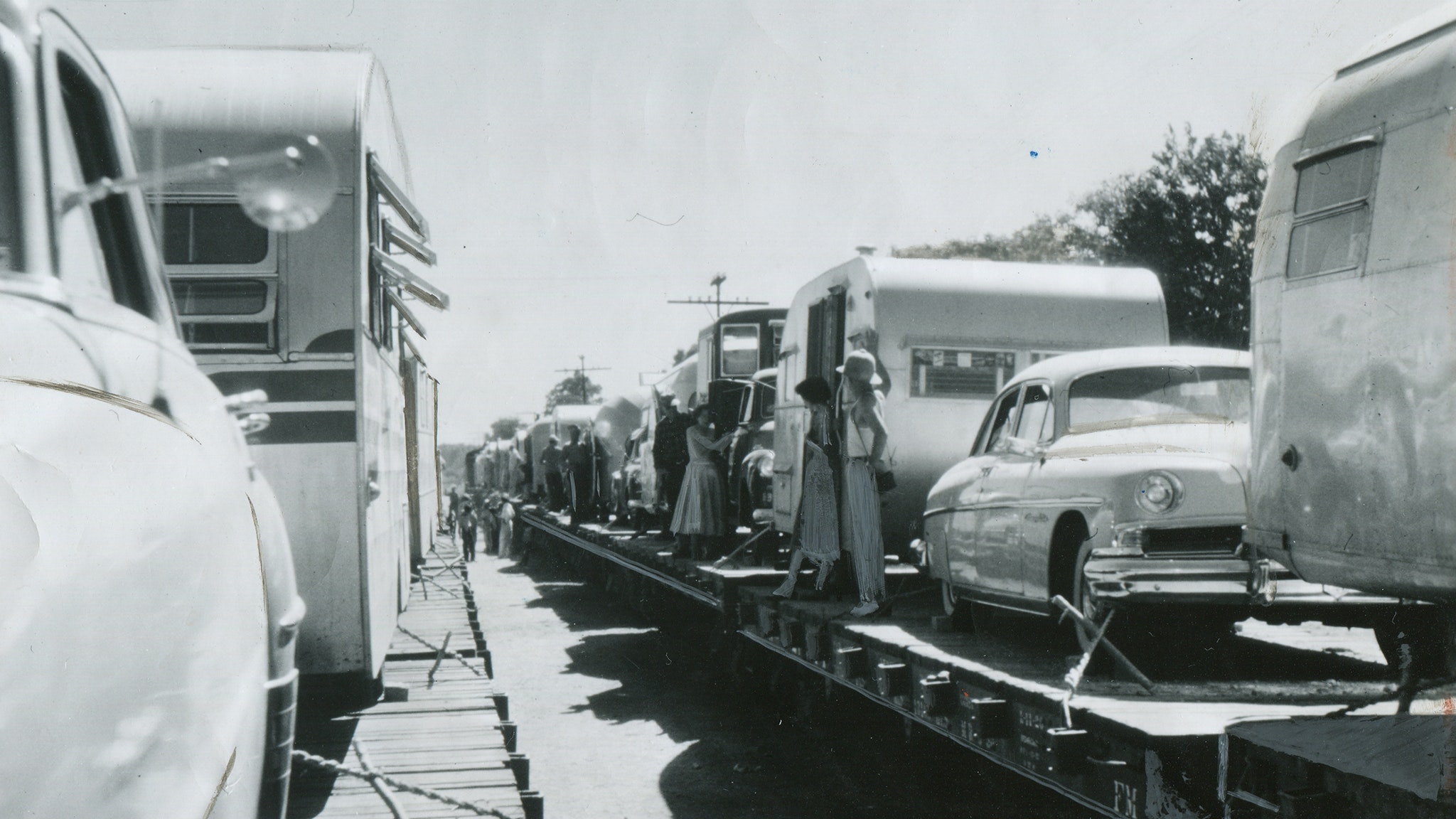 The first Caravan that Wally Byam led was a learning experience as each participant discovered just how adventurous they really were. If they could take their trailer through the mountainous terrain of southern Mexico, they knew that they could go anywhere they wanted. The second half of the Caravan proved to be just as entertaining as the first half.

On December 24, the remaining Caravan members spent their evening having a Christmas celebration at the halfway point in Mexico City. On Christmas Eve, they held a cocktail party with a live Mexican band, and the following day they fixed a Christmas feast with several special guests including Mexican and Guatemalan officials.

Moving on from Mexico City, the following days were merely filled with driving and occasional stops to cool the engines and water the radiators. Everyone enjoyed the continuous view of mountains and snow-capped dormant volcanoes. They made sightseeing stops in Oaxaca and Tehuantepec, and after a frightening, rocky road into Arriaga, they boarded all of the trailers on flatcars for the railroad.

Loading the trailers and cars onto the flatcars was a lengthy and risky process. They drove onto the flatcars with end ramps, blocked each of the wheels, and roped each trailer and car to the flatcar. There was, however, one mishap. With all of the bouncing and swaying of the cars as the train began to move, one car’s ropes began to snap, one by one. The train’s brakes were activated, and the train came to a halt within a few miles. After re-securing, the train made its way to its destination near the Guatemalan border, which was a fifteen-hour ride. 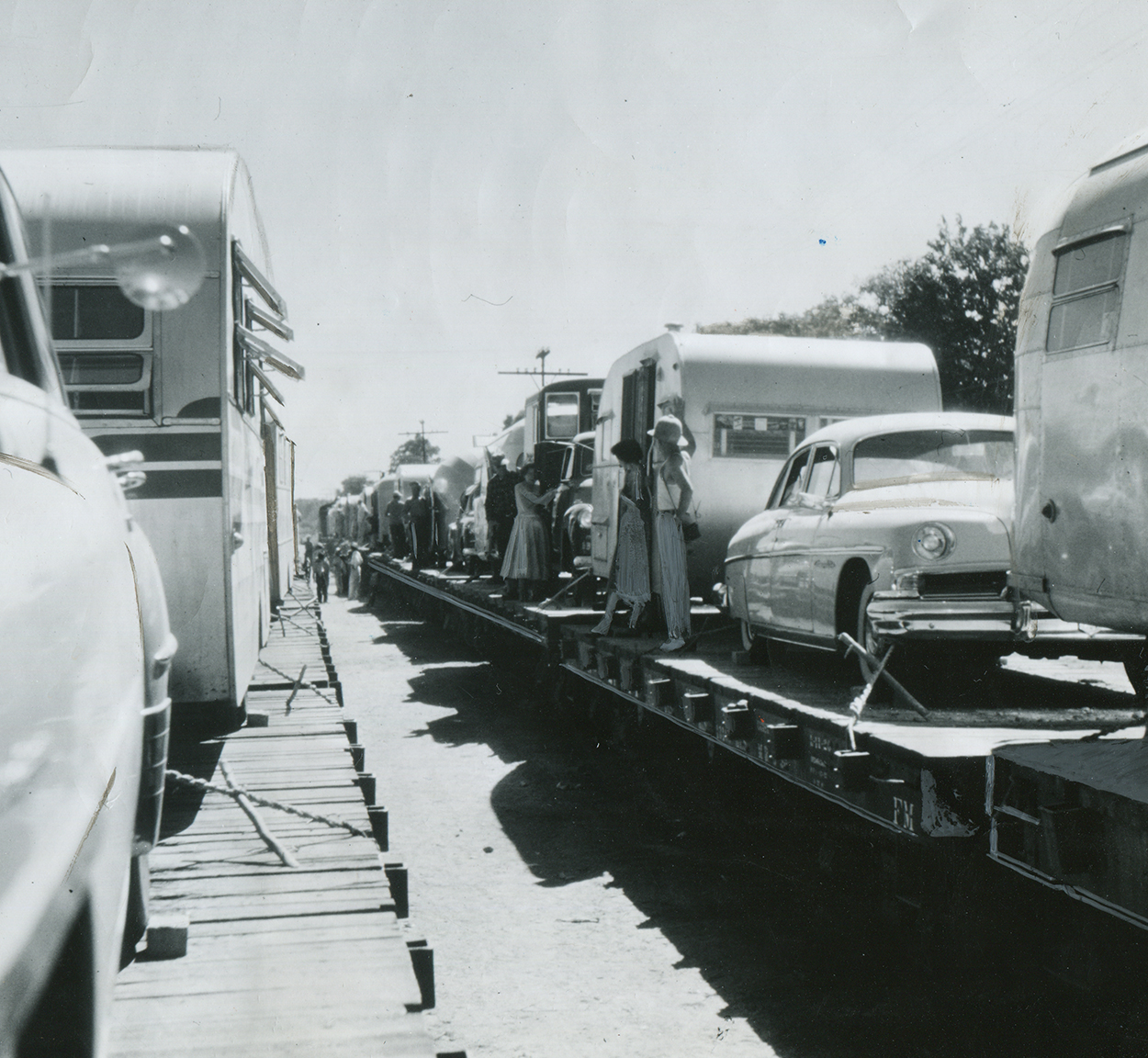 That evening, they disembarked the flatcars and set up camp in Tapachula. In the days before self-contained trailers, many Caravanners stored their “thunder mugs” outside of the trailer at night. An unsuspecting thief came around and stole all of the thunder mugs that night, some of which were ornately decorated.

The next day, the group crossed the border into Guatemala. They traveled nineteen miles that day on the Guatemalan highway, which was a rough terrain through the forest. Wally was towing the same Airstream that he and his friend Cornelius “Neil” Vanderbilt, Jr. had taken to Europe in 1948. The Airstream was decorated with a list of countries that the two had visited and labeled “The World’s Most Traveled Trailer.” As they traveled across the dusty Guatemalan roads, Wally noticed that the Airstream kept filling with dust. He decided to travel inside while someone else towed the unit. He saw that the seals around the door and windows were leaking dust. He promptly wrote letter backs to the factory about what needed to be improved. From the very beginning, Wally recognized the importance of road-testing his product in order to learn about improvements that could be made.

The journey to Guatemala City was not an easy one. Trailers got stuck in holes in the road and struggled to make their way up the hills. There were many technical difficulties as well, such as broken parts which nearby shops did not have a replacement for. Parts had to be ordered from Mexico City, which delayed the schedule. At this point the Caravan was so spread out that there were several miles in between many of them. Many Caravanners simply gave up at this point, selling their trailers before leaving or shipping them home and returning by plane, boat, or rail.

When the Caravan finally reached Guatemala City, there was a unanimous feeling of victory and the Caravanners rejoiced and laughed about the past few weeks.  In a letter Wally wrote home from Guatemala City he said, "I have learned on this trip that the difference between men is a matter of guts. I hate to go further. I hate to go back over these roads. I guess it is the same stubborn stick-to-itiveness that drove my forbearers west." 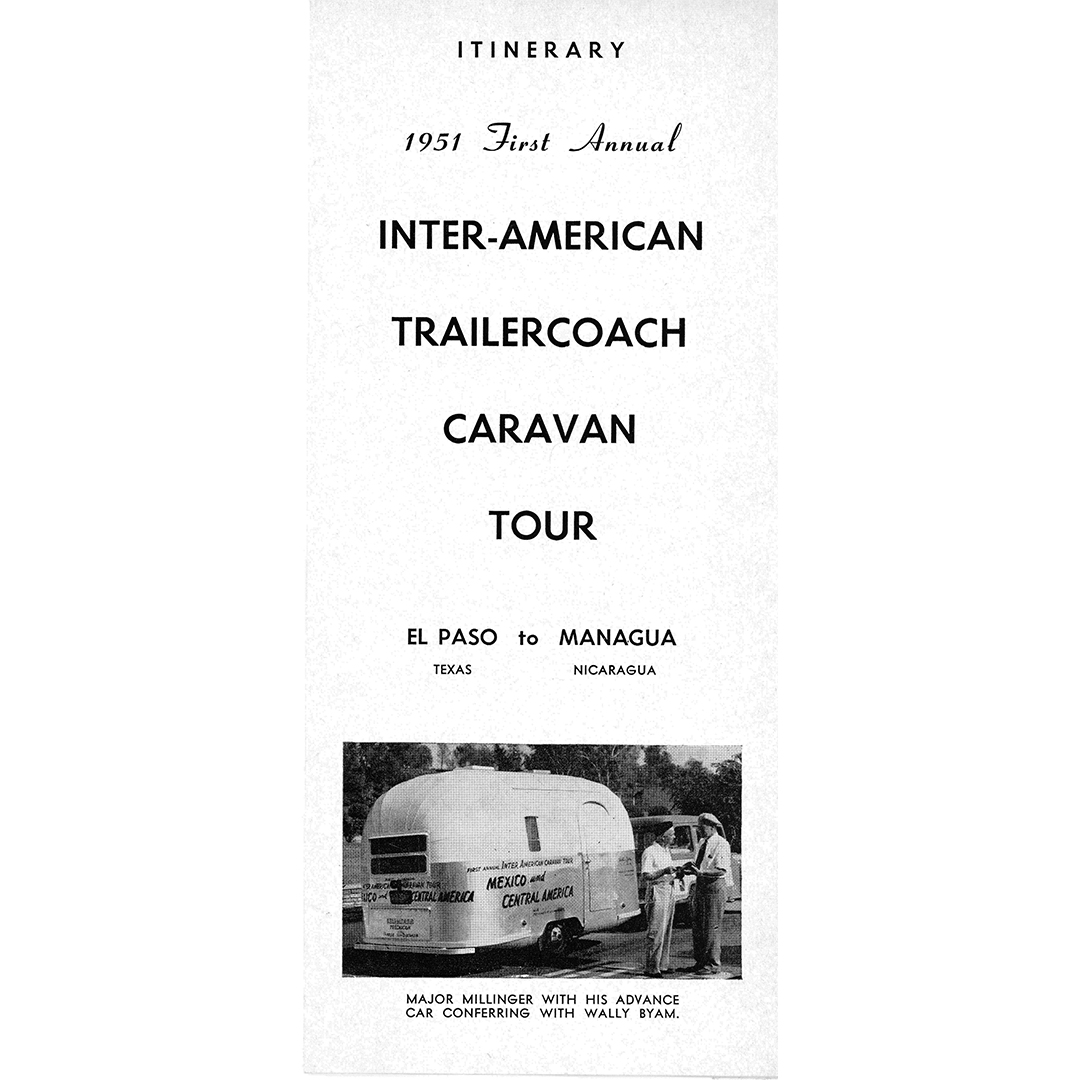