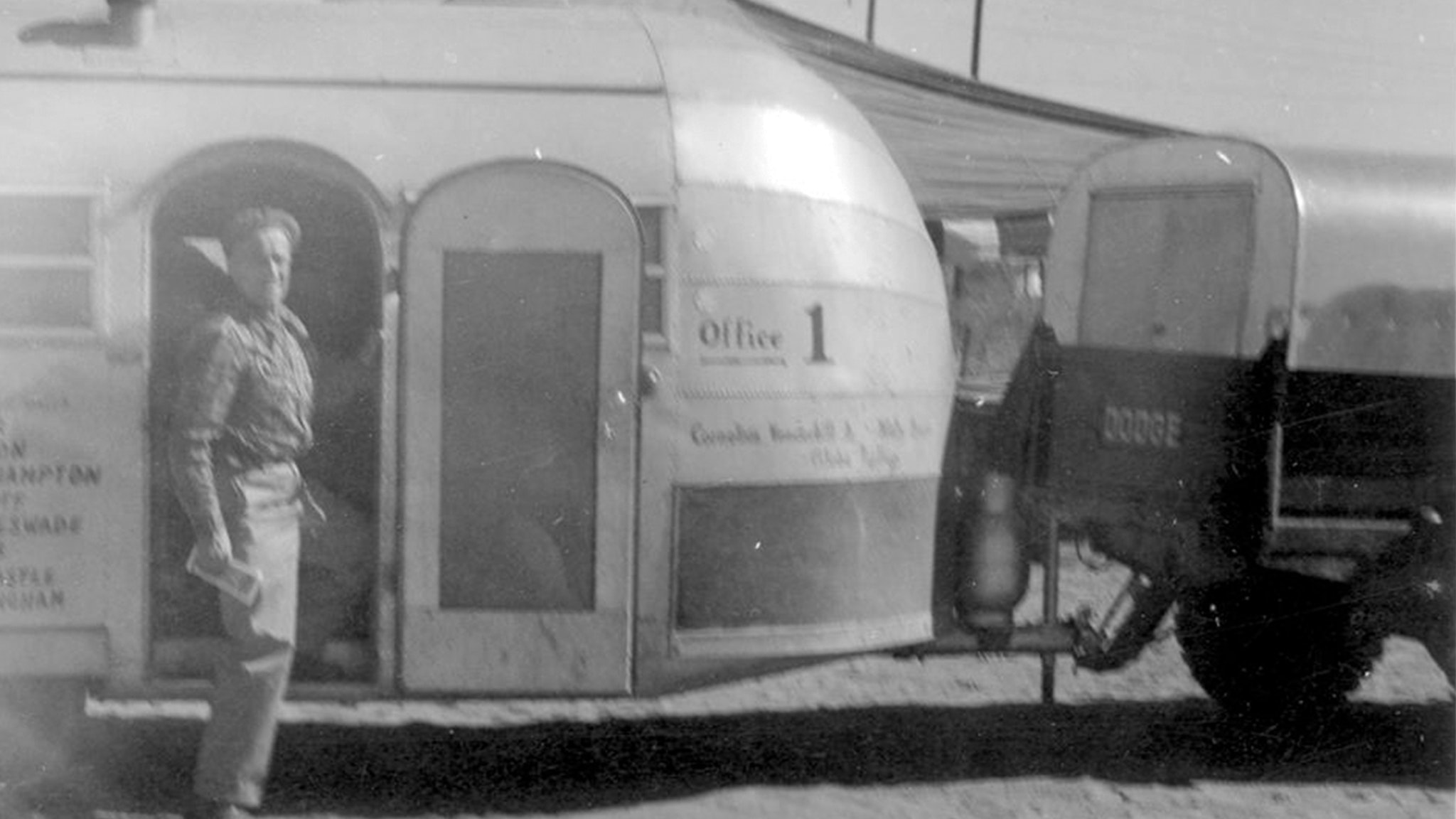 On the day of departure, Wally did not let any worries about leading such a unique Caravan hold him back. The group received a police escort into Mexico, and proceeded to travel between forty and fifty miles an hour most of the day. Their plans were to camp right outside of Chihuahua, and Wally decided it might be a good idea to circle the trailers in a wagon wheel formation each night when parking. This arrangement worked well, as there were no inconvenient or coveted parking spaces, and camp meetings could be held in the center where the group voted on their plans for the next day.

The first night, a square dance was held to celebrate the miles made thus far. Thanks to the idea of Caravan member Ed Austin from Canada, a lively celebration took place with the help of a phonograph and loud speaker.

Day two consisted of touring Chihuahua, with Caravanners practicing their Spanish and learning how to bargain to buy souvenirs. As many of them learned, bargaining was much more than a competition between natives and foreigners, but rather a fun game which allowed each party to socialize. The group also visited the home of Senora Pancho Villa. She showed them pictures and artifacts of her late husband.

That night consisted of a Mexican fiesta, where they hired a band to play some music and dance. Wally recalled that the party ended about midnight as the campers went to bed for a good night’s rest. However, a bit later into the night, another band showed up and broke the silence with their music. Not wanting to offend the musicians, Wally convinced some others to join him for the prolonged fiesta in the circle. This same scenario happened twice more, in which that band left and another showed up. Though no one got much sleep, they danced and enjoyed the music until four in the morning, showing support for each group. 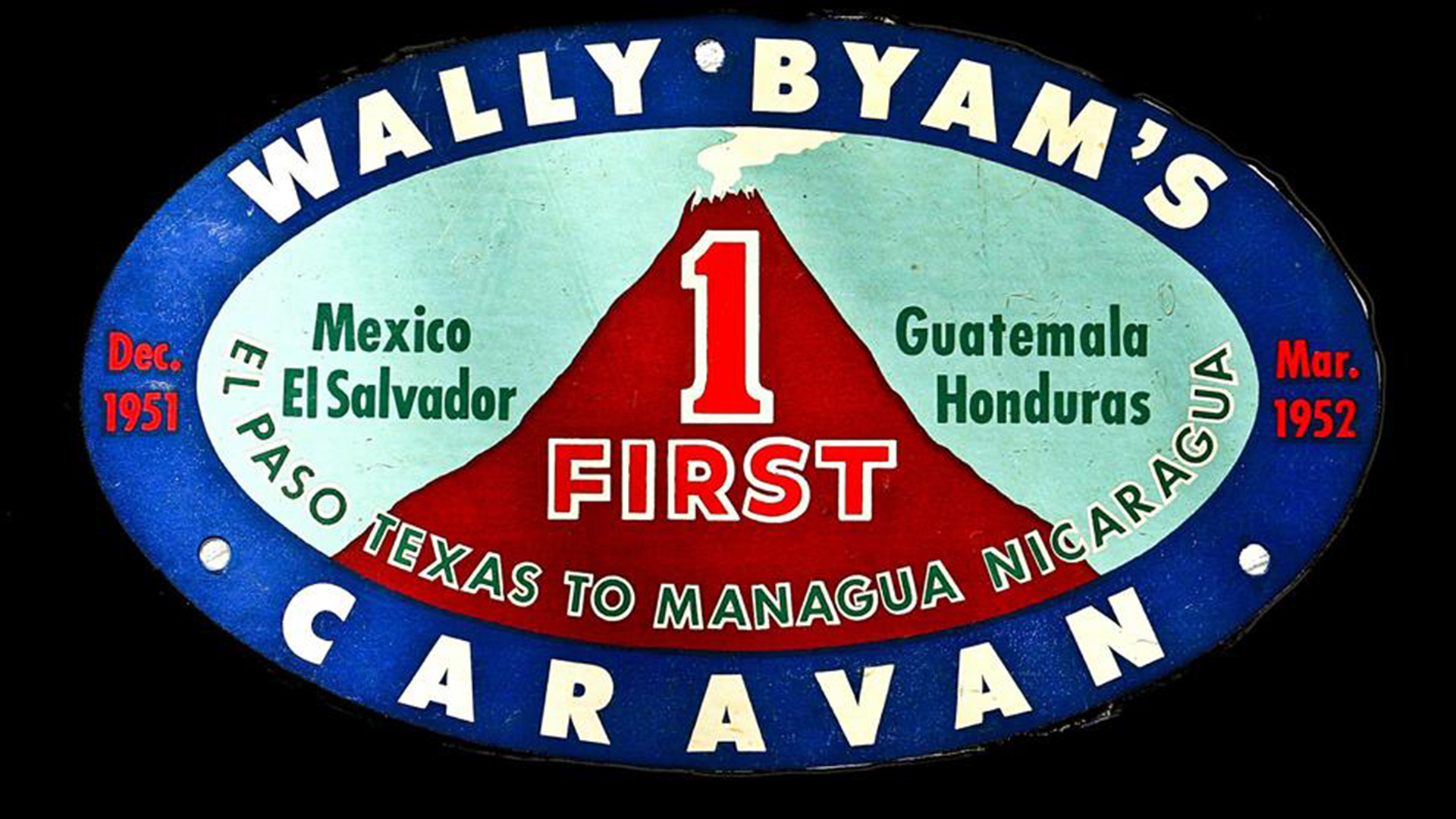 The Caravan did not always receive this much hospitality and friendliness, however. In the coming days they met some truck drivers who tried to run them off the highway. A truck driver hit one of the trailers, but the damages were settled with the help of the police officers that were accompanying the Caravan.

Durango was the next stop. It was a long trek, through mountains and valleys, and a few hardships in between, including overheated motors and flat tires. Once they arrived, they found that Durango’s beauty was worth the effort. The town had historic architecture and natural mines of iron, gold, and silver. A unique aspect of Durango was that nearly every antique door had a brass knocker in the shape of a hand.

The following day, caravanning higher into the mountains, the group arrived at Zacatecas. The Caravanners were almost taken aback by the new level of hospitality they were offered. They were invited to a formal cocktail party at the Governor’s Palace. The governor and his family were very interested to tour the trailers and hear about the group’s experiences with “trailering abroad” thus far. The rest of the time in Zacatecas was spent sightseeing and being educated on cuisine by locals, even the Mayor.

Passing through the cities of Aguascalientes and Jalisco, the warm, sunny weather enveloped the Caravanners. They were eager to collect the handmade goods from the state of Guadalajara, including pottery and hand-blown glass. The visit to see the active volcano, Paricutìn, was a special day. They hired taxis to more conveniently access the volcano as nearest they could by automobile. Next, they rode ponies up to the plateau, led by guides. The sight left them in pure awe for the rest of the day. Wally compared the molten rock flying into the sky to popcorn. The ground below them was rumbling and shaking, while the sky above them was fiery red. The spewing lava blasts were wondrous and terrifying all at once.

After this event, the Caravan made the trip the rest of the way to Mexico City. The participants had learned at this point what had worked well for them thus far, and where they were ill-equipped. This was the halfway point of the trip, and as Wally warned them that the first half was a walk in the park compared to what was ahead, almost a third of the Caravanners decided to return home. This was just before Christmas of 1951. Though it had been a bumpy drive, the trip had been a good run and a learning experience thus far. The remaining Caravanners eagerly prepared for the trip ahead.