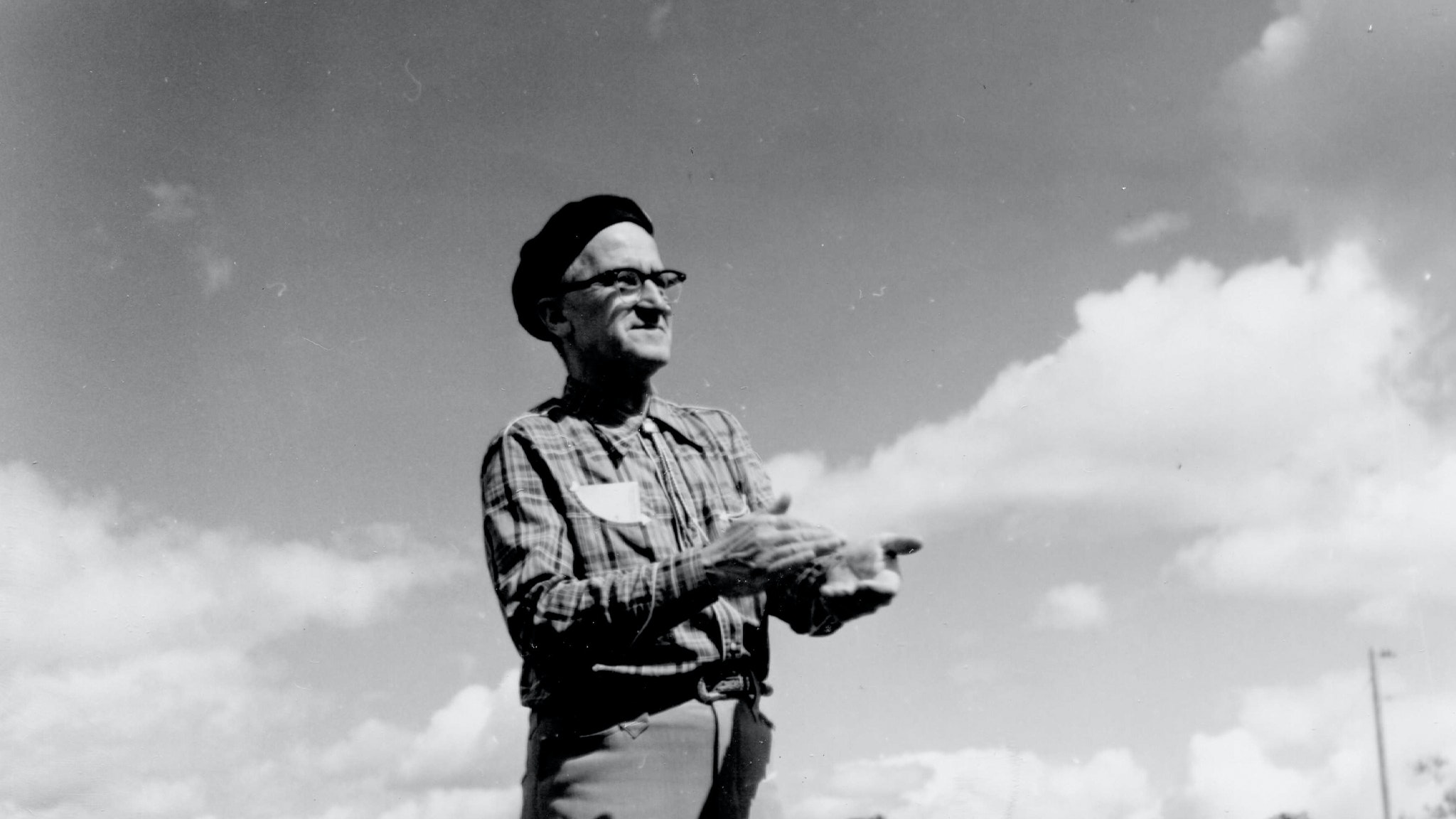 As the end of Airstream’s 90th Anniversary Year comes to a close, we’re looking back at the company’s best film and video projects undertaken over the last nine decades. From vintage archival footage to some of our favorite newer pieces, grab the popcorn and settle in for a virtual Airstream Film Festival.

Airstream founder Wally Byam’s early experience in journalism and marketing prepared him with significant storytelling talents, and the new film and photography technology that hit the market after World War II – coupled with the advent of the television (and its primary position in the American household) – opened new doors for Wally to tell the Airstream story.

Wally understood the power of a great story well told, and as he set off around the world on globetrotting Caravans through Central America and Africa, he brought along photographers and film crews to document the adventures. Much of the footage captured on these Caravans made its way into multi-part promotional films that demonstrated the freedom and adventure at the heart of the Airstream experience. Wally understood the power of a grand adventure, and how customers would be inspired with the possibilities for their own adventure here at home.

Storytelling – in photos, articles, film, and television – was central to Wally’s vision for Airstream. Today, we carry on Wally’s vision for storytelling, creating captivating videos that capture the spirit of Airstreaming – the freedom, excitement, and satisfaction that comes with this incredible style of travel. As we reflect on Airstream’s 90th Anniversary, we bring you some of our favorite video pieces from over the years. Just as they’ve inspired generations of travelers to hit the road, perhaps these videos will inspire you to undertake your own Airstream adventure some day.

Airstream Ambassador Kina Pickett was instrumental in helping Airstream understand the needs of the modern work-from-anywhere pioneer. After working with Airstream during the development phase of the Airstream Flying Cloud 30FB Office, Kina and his family hit the road in the finished product on a work-from-anywhere adventure.

This two-part film follows along with the Wally Byam African Caravan as the group travels from Cape Town, South Africa to Cairo, Egypt. Featuring footage from several Caravanners as well as photographer Pete Turner, the film captures highlights of the trip including Victoria Falls, a visit with Ethiopian Emperor Haile Selassie, and Kruger National Park. The vivid color footage also captures Caravanners navigating rough roads and crossing the sands of the Nubian Desert. The film ends with a triumphant aerial view of the Caravanners parked at the Pyramids of Giza along with Wally’s famous telegram message “Because the impossible takes a little longer, we arrived in Cairo a little late.” A newly digitized version of the film will be on display in the Airstream Heritage Center, but we've selected several clips to make the teaser below.

Fitting for the founder of an American heritage brand, Airstream founder Wally Byam was born on the Fourth of July. Anthem: The Creed celebrates Wally’s birthday while bringing to life his vision and the adventures that led to today.

If Anthem: The Creed was an homage to our iconic history, then its sequel Anthem: Adventure is an adrenaline-fueled love letter to getting out there and stoking your excitement. Follow along as three world-class mountain bikers head deep into southern Utah with a Basecamp in tow on a quest for steep trails, big air, and the adventure of a lifetime.

Photographer Laura Austin is no stranger to solo adventures and embraces the quiet and solitude one finds while on the road alone. In 2018 she set off on a solo Airstream adventure, discovering in the process that one is never truly alone unless you want to be.

This five-part series narrated by famous actor Vincent Price documents the 1963-1964 Around the World Caravan. Featuring stunning footage from the trip’s photographer Fran Hall, the film captures the 403-day journey from Singapore to Cabo Da Roca, Portugal. As seen in these clips, Part 1: Southeast Asia follows along with the Caravanners as they navigate the monsoon season, visit Bangkok, and explore the temples of Angkor Wat.

From building Mobile Quarantine Facilities for the Apollo crews who returned from the moon to our most recent Crew Transport Vehicle for Boeing’s Starliner astronaut crews, Airstream has a long and storied history of working with America’s space program. From amateur astronomers who use their Airstream as a skywatching home base to the engineers who helped send Americans to the moon, relive some of Airstream’s spacefaring adventures.

Apollo 50 Splashdown Celebration: The MQF on the USS Hornet

A Backcountry Basecamp Adventure – on Skis

To celebrate the launch of the redesigned Basecamp in 2017, Airstream took the new 16-foot travel trailer high into the Rockies, strapped on a pair of Airstream-sized skis, and hitched the Basecamp up to an unlikely tow vehicle: a Tucker Snow Cat. The result is a winter adventure for the ages.

Building Dreams is Our Business

Produced in 1968, this 20-minute promotional film invites viewers into the Airstream factory to see the production process first-hand. Several demonstrations are performed to illustrate the aerodynamic construction of the shell and chassis. After a sneak peek at the modern 1960s interior (hello paneling!), the film invites viewers to join the Airstream family to open up a whole new world of travel adventure.

A Timelapse Glimpse into the Airstream Production Facility

In early 2020, Airstream moved into a brand new, 750,000 square foot production facility – the company’s first newly-constructed plant in nearly 50 years. Before the move, we made several making-of videos to take you inside the making of the iconic, riveted aluminum Silver Bullet.

After a snowy adventure in the frozen north, we decided to take Basecamp to warmer destination and put it to the test with some of the most adventurous mountain bike experts in the country. The result? A high-flying, white-knuckle, adrenaline-fueled adventure in the desert.

Winter sports enthusiasts Danielle and Ryan hit the road on our Endless Caravan during the winter of 2018, documenting their adventures in Winter Camping. Learn more about this adventurous couple and their advice for getting the most of our four-season camping.