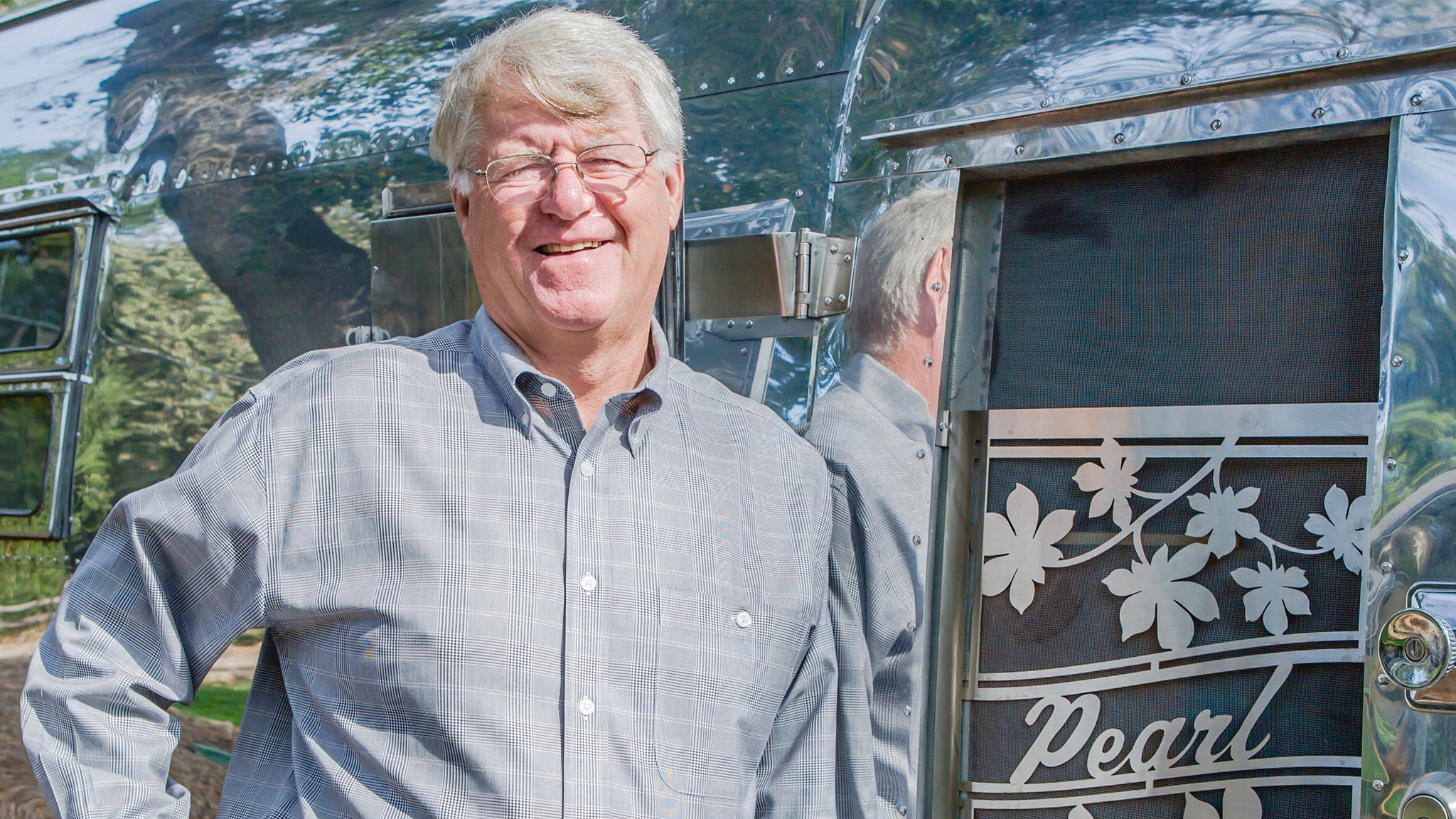 An adventurous spirit with a sense of wanderlust, Jim Polk is thankful for the Airstream Club International which he says has afforded him “the trips of a lifetime.”

Jim’s travel adventures began in earnest after he retired early from his corporate life. His wife Lynda and their daughter decided to purchase an Airstream in 2006. Soon after they joined the Wally Byam Caravan Club International, also known as the Airstream Club International. “For us, we enjoyed the sense of community,” Jim says, “whether you had a question about a mechanical issue or how to travel (individually or with the Club), someone was always willing to offer helpful advice.”

Jim is a professional appraiser specializing in aircraft, classic cars, and Airstreams. For several years now, he has been heavily involved in presenting on Airstreams and their value at Club rallies and events. In 2013, when he and Lynda noticed that membership was declining and rally attendance was dropping, they started a campaign to revitalize the Club while preserving its rich history. “As the longest-running single branded RV club, I knew it was too good to fail,” Jim says.

Reflecting on the success of this campaign, Jim says that he is proud to be at the forefront of several exciting changes including the Club’s rebranding efforts, new logo, and new website launch. These tools will help all Airstreamers feel welcome and make it even easier for Club members to access benefits including rallies, caravans, and courtesy parking.

In 2014, Jim and Lynda also helped to form the Greater Los Angeles Airstream Club, a local unit of the Airstream Club International, which embraces the urban elements of the city and the open road. The pair also host the ever-popular Cali Rally at the V6 ranch. The western-themed event offers hiking and riding trails and fun for the whole family. “It has come full circle,” Jim says, “now we’re the ones helping new owners gain confidence and knowledge.”

When asked what he enjoys most about the Airstream and the Club, Jim says, “It forced us to get out there; I’ve seen areas of the United States and Canada I never would have seen without Airstream.” He and Lynda love to travel and are grateful that their Airstream allows them to take their belongings and two dogs with them. In 2016, they embarked on a trip to Alaska with several other Airstreams. “It was a life-changing event for all,” he says.

This is Part V in a series on the Airstream Club International's leadership team. To learn more about the other officers and the future of the Club, click here: